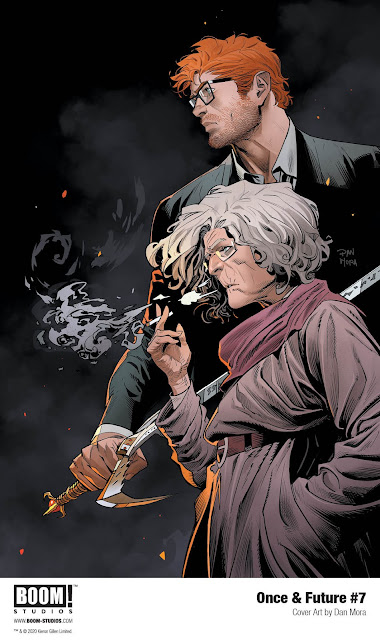 BOOM! Studios revealed a first look at ONCE & FUTURE #7, the premiere issue of a new story arc in the critically acclaimed series from New York Times bestselling writer Kieron Gillen (The Wicked + The Divine, Star Wars), Russ Manning Award-winning artist Dan Mora (Buffy the Vampire Slayer, Klaus), colorist Tamra Bonvillain (Captain Marvel), and letterer Ed Dukeshire (The Red Mother), about retired monster hunter Bridgette McGuire and her unsuspecting grandson Duncan who fight against a rising evil that plans to take over their country to bring it back to its former glory.

Although Bridgette and Duncan were able to escape the Otherworld, their adventure is only just beginning! As the chaos of Arthur's return reaches London, an artifact at the British Museum is stolen. But is it Arthur who's interested in the relic… or someone, or something, new?

ONCE & FUTURE is the newest release from BOOM! Studios’ eponymous imprint, home to critically acclaimed original series, Faithless by Brian Azzarello and Maria Llovet; Abbott by Saladin Ahmed and Sami Kivelä; Bury the Lede by Gaby Dunn and Claire Roe; Klaus by Grant Morrison and Dan Mora; Something is Killing the Children by James Tynion IV and Werther Dell’Edera; Folklords by Matt Kindt and Matt Smith; and The Red Mother by Jeremy Haun and Danny Luckert. The imprint also publishes popular licensed properties including Joss Whedon’s Firefly from Greg Pak and Dan McDaid; Buffy the Vampire Slayer from Jordie Bellaire and David López; Angel from Bryan Edward Hill and Gleb Melnikov; and Mighty Morphin Power Rangers from Ryan Parrott and Daniele Di Nicuolo.

Print copies of ONCE & FUTURE #7 will be available for sale on March 25, 2020 exclusively at local comic book shops (use comicshoplocator.com to find the nearest one) or at the BOOM! Studios webstore. Digital copies can be purchased from content providers, including comiXology, iBooks, Google Play, and Madefire.

For continuing news on ONCE & FUTURE and more from BOOM!, stay tuned to www.boom-studios.com and follow @boomstudios on Twitter. 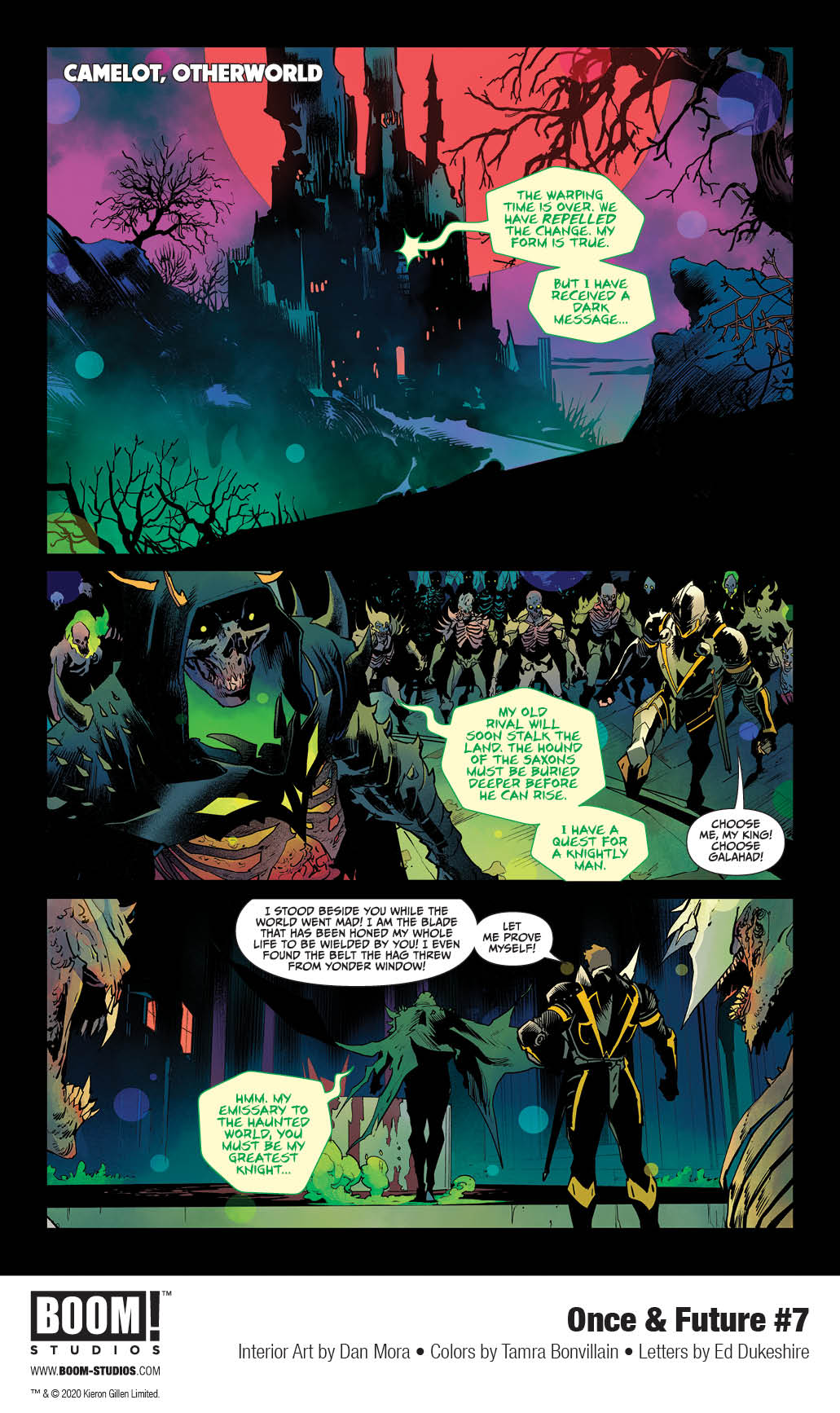 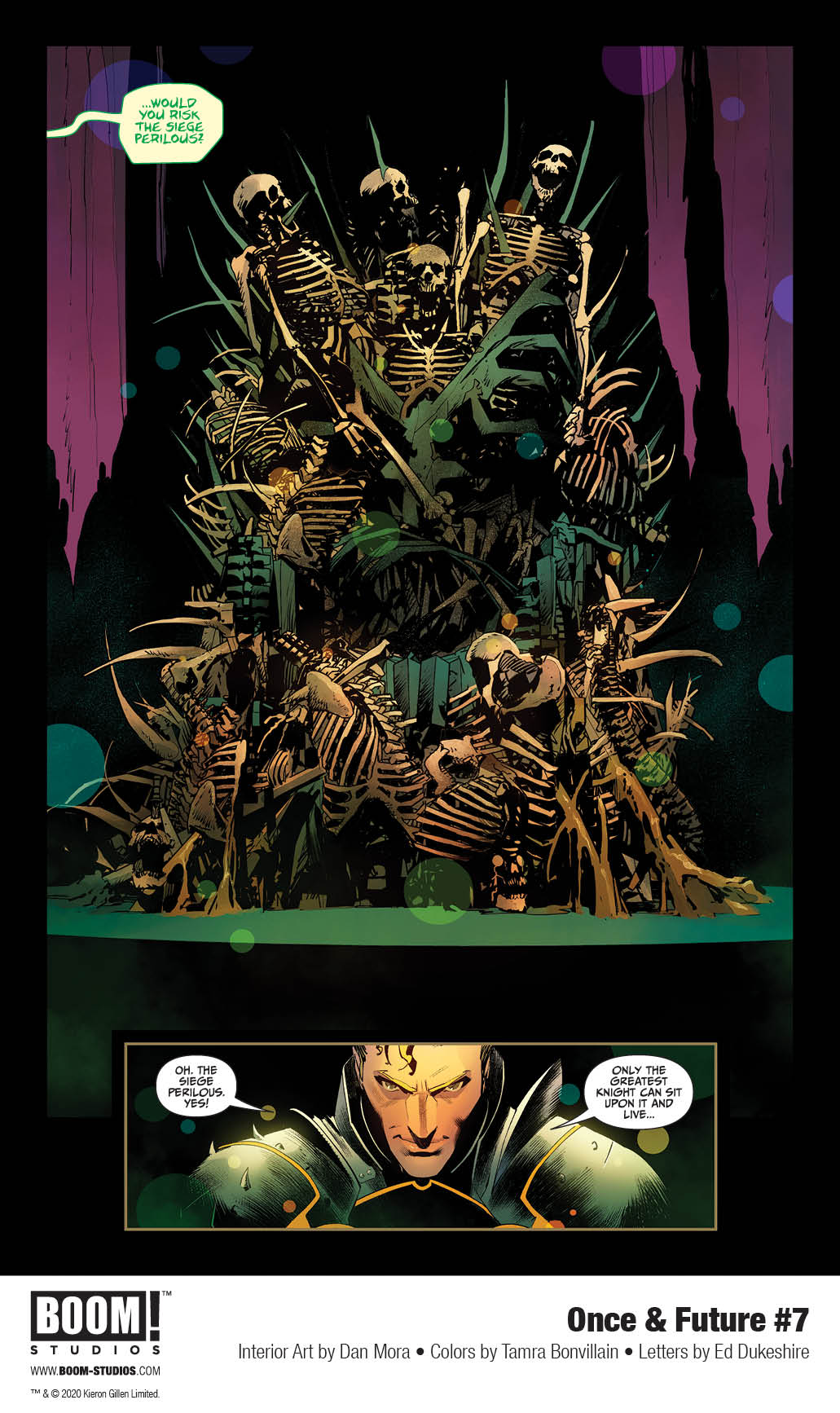 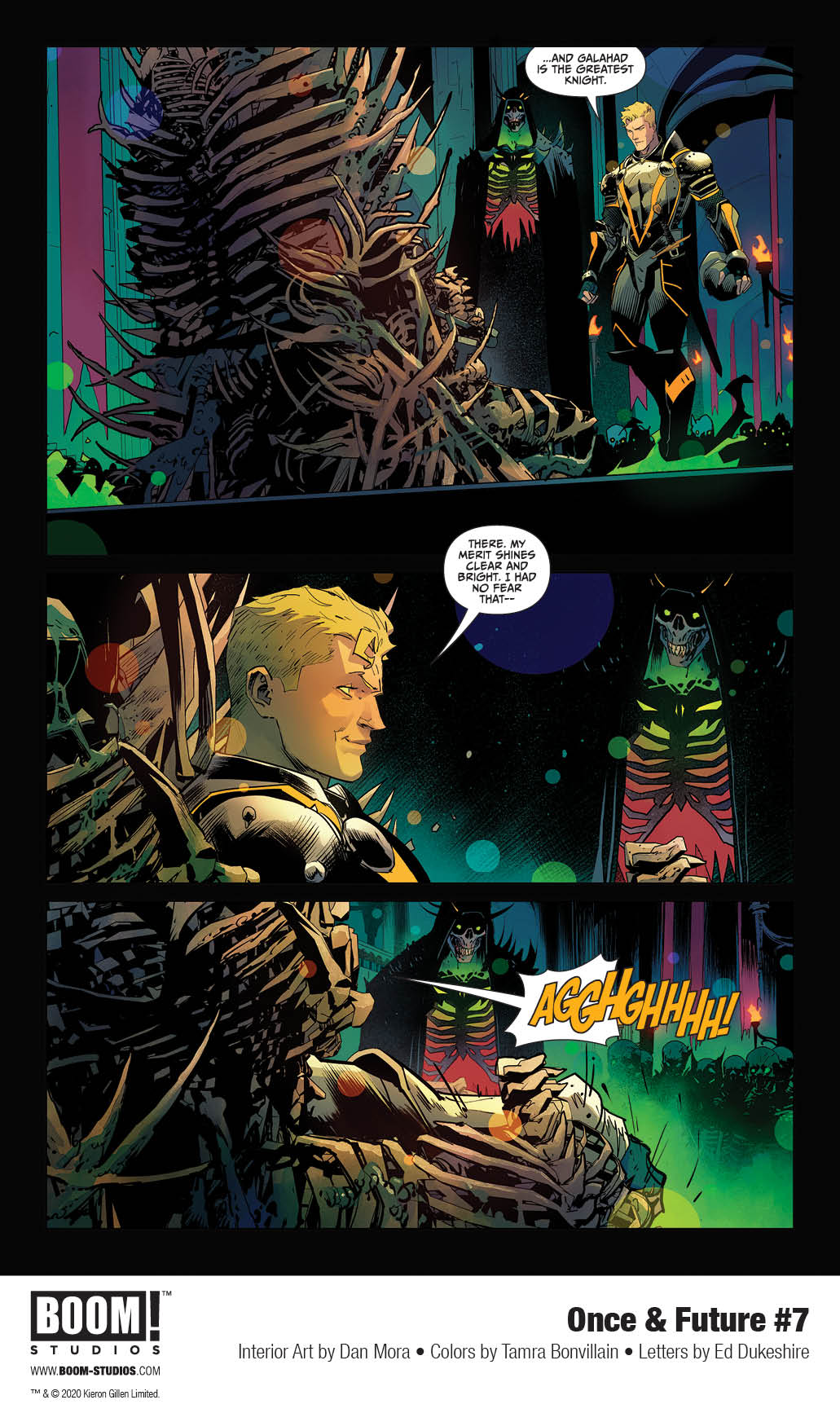 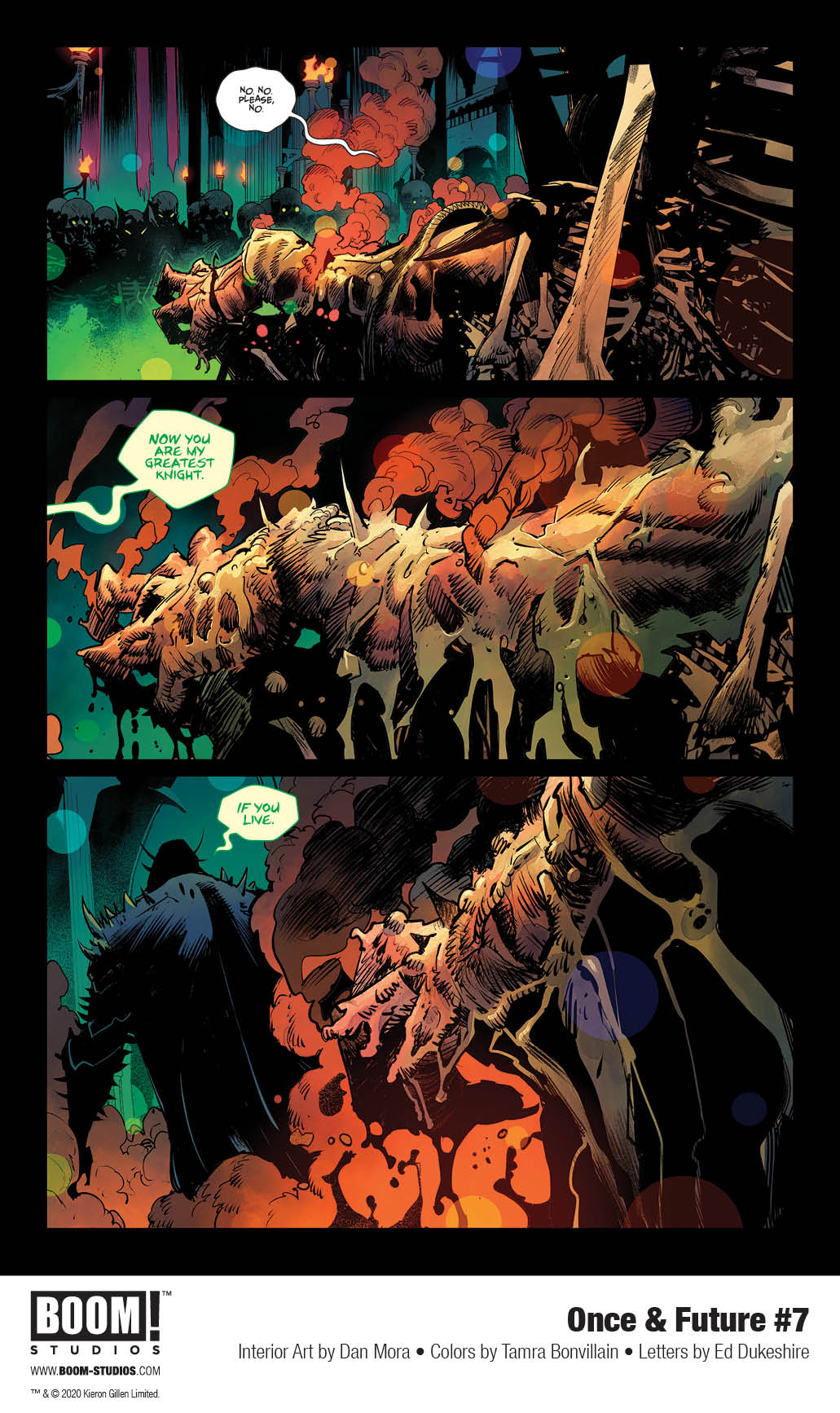