Your First Look at JIM HENSON’S THE DARK CRYSTAL: AGE OF RESISTANCE #7 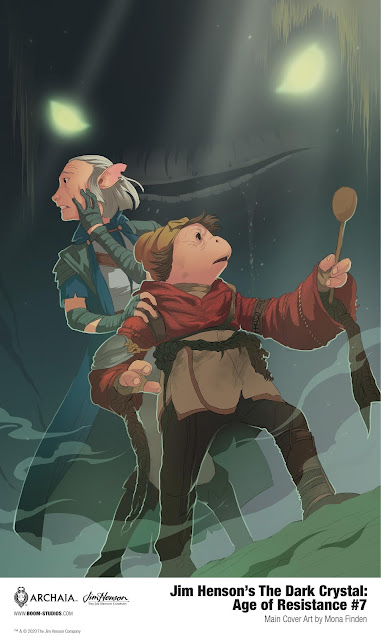 BOOM! Studios revealed today a first look at JIM HENSON’S THE DARK CRYSTAL: AGE OF RESISTANCE, a twelve-issue comic book series based on stories from writers Jeffrey Addis and Will Matthews, of the critically acclaimed Netflix series The Dark Crystal: Age of Resistance. The series introduces untold histories of key characters from the show, and feature explosive events tying into the award-winning series from The Jim Henson Company, The Dark Crystal: Age of Resistance.

After some hard times on the road, Paladin-turned-bard Barfinnious and his noble Podling squire Hup finally get to relax and enjoy their hero’s welcome at a festive Spriton village. But a mysterious Beast is lurking in the shadows, threatening the lives of the Gelfling villagers. What should be a simple fight for a former Paladin soon turns dangerous, and the truth behind Barfinnious’ grift begins to emerge.

Print copies of JIM HENSON’S THE DARK CRYSTAL: AGE OF RESISTANCE #7 (OF 12) will be available for sale on March 25, 2020 at local comic book shops (use comicshoplocator.com to find the nearest one) or at the BOOM! Studios webstore. Digital copies can be purchased from content providers, including comiXology, iBooks, Google Play, and the Madefire. A softcover edition of JIM HENSON’S THE DARK CRYSTAL CREATION MYTHS: THE COMPLETE COLLECTION is available in bookstores everywhere. 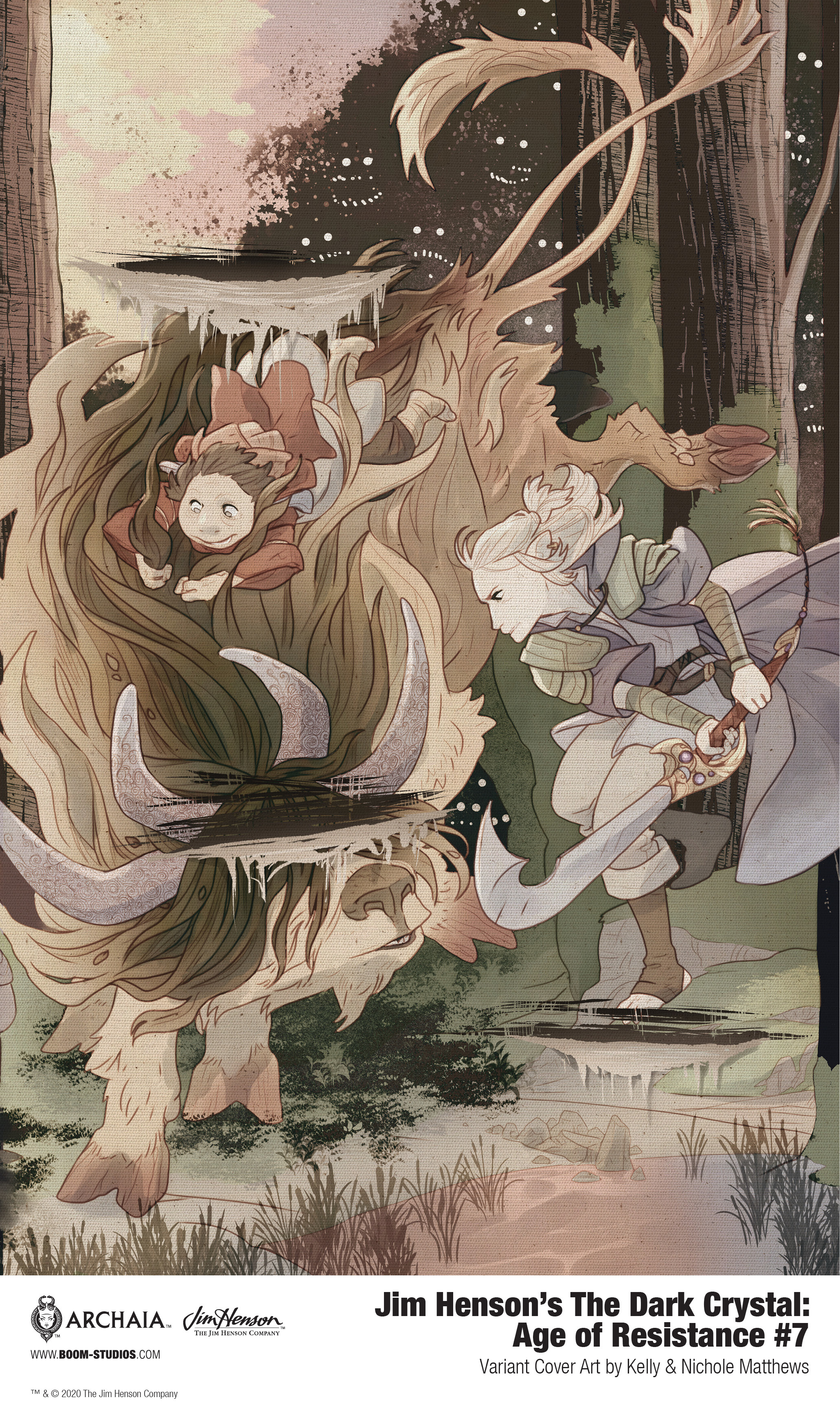 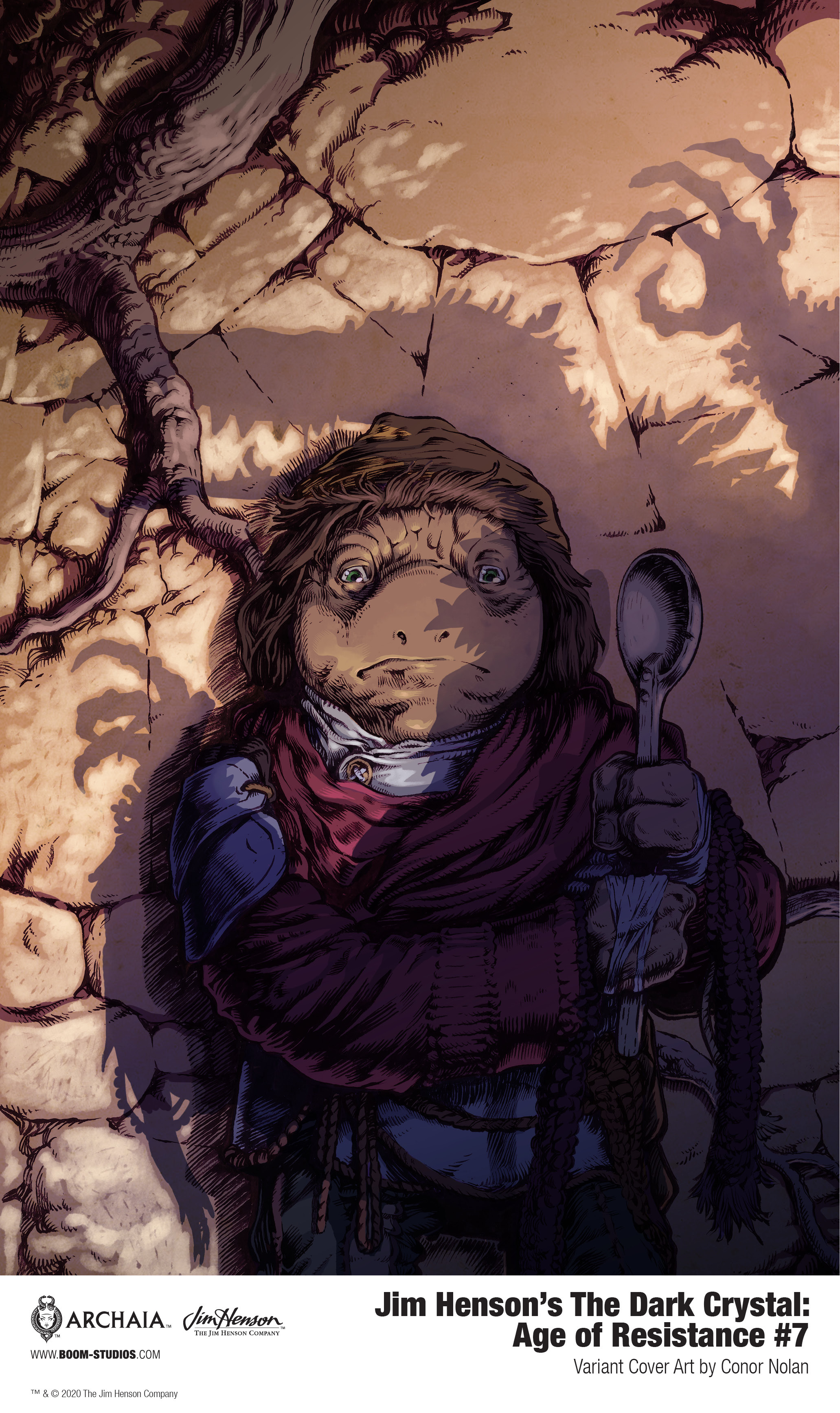 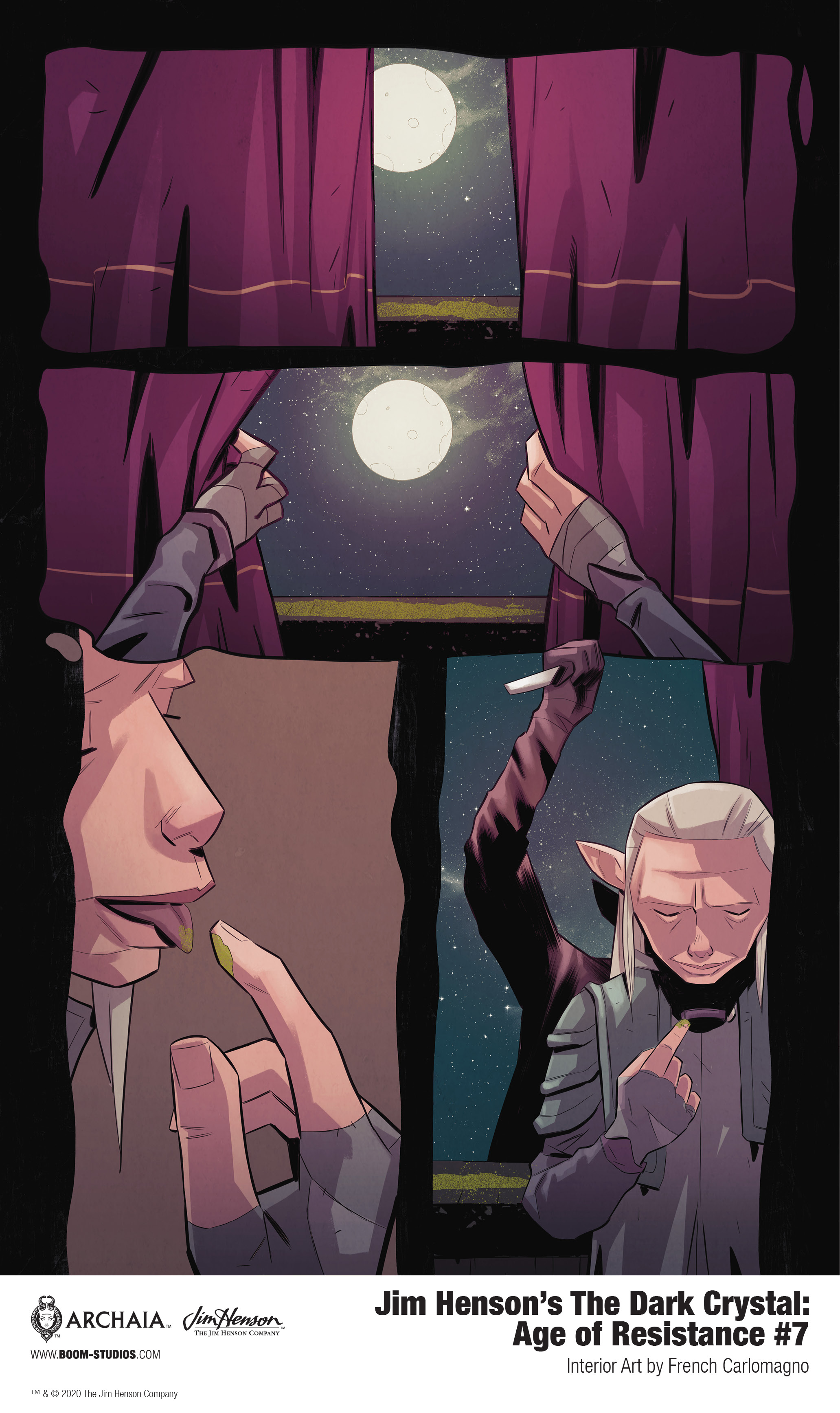 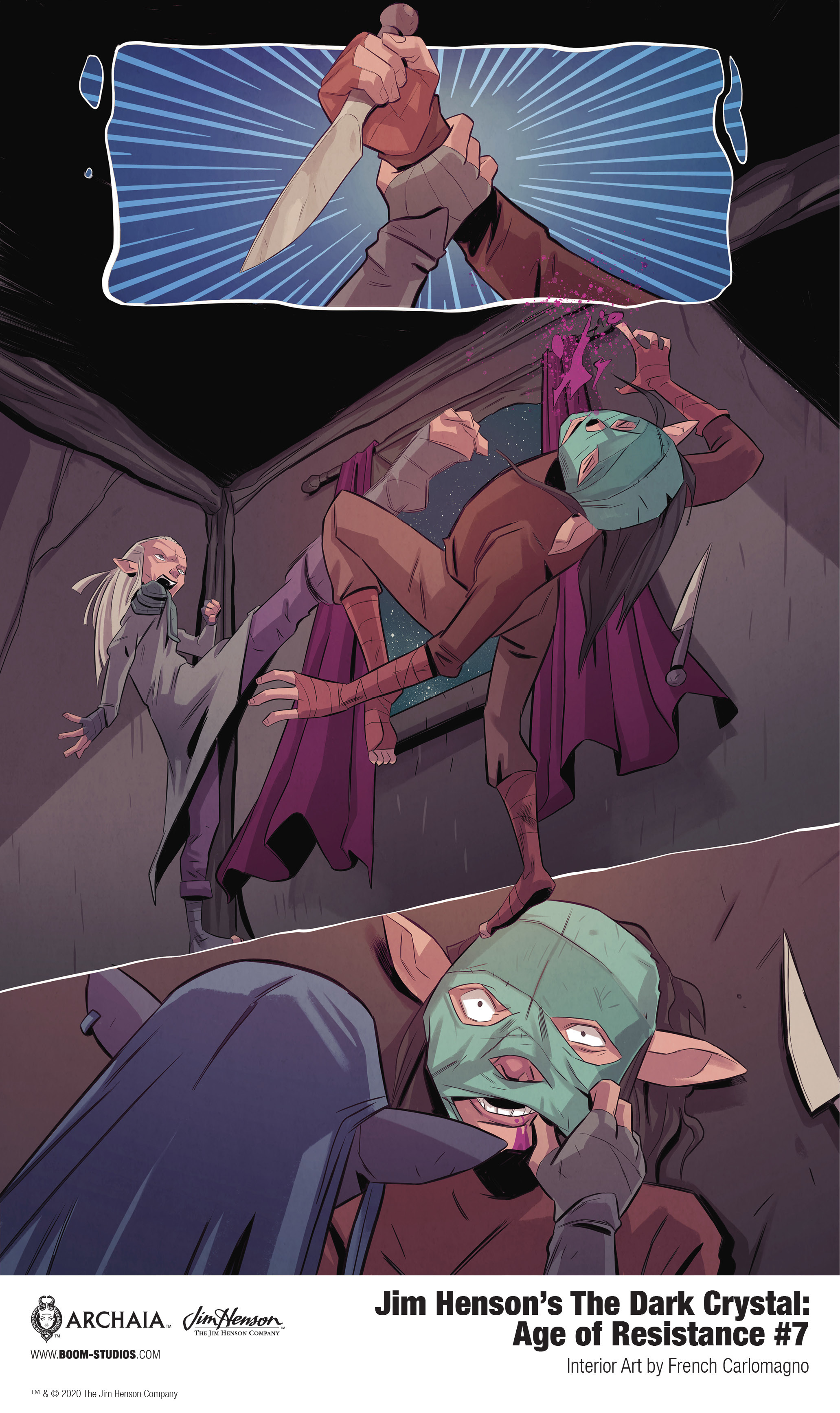 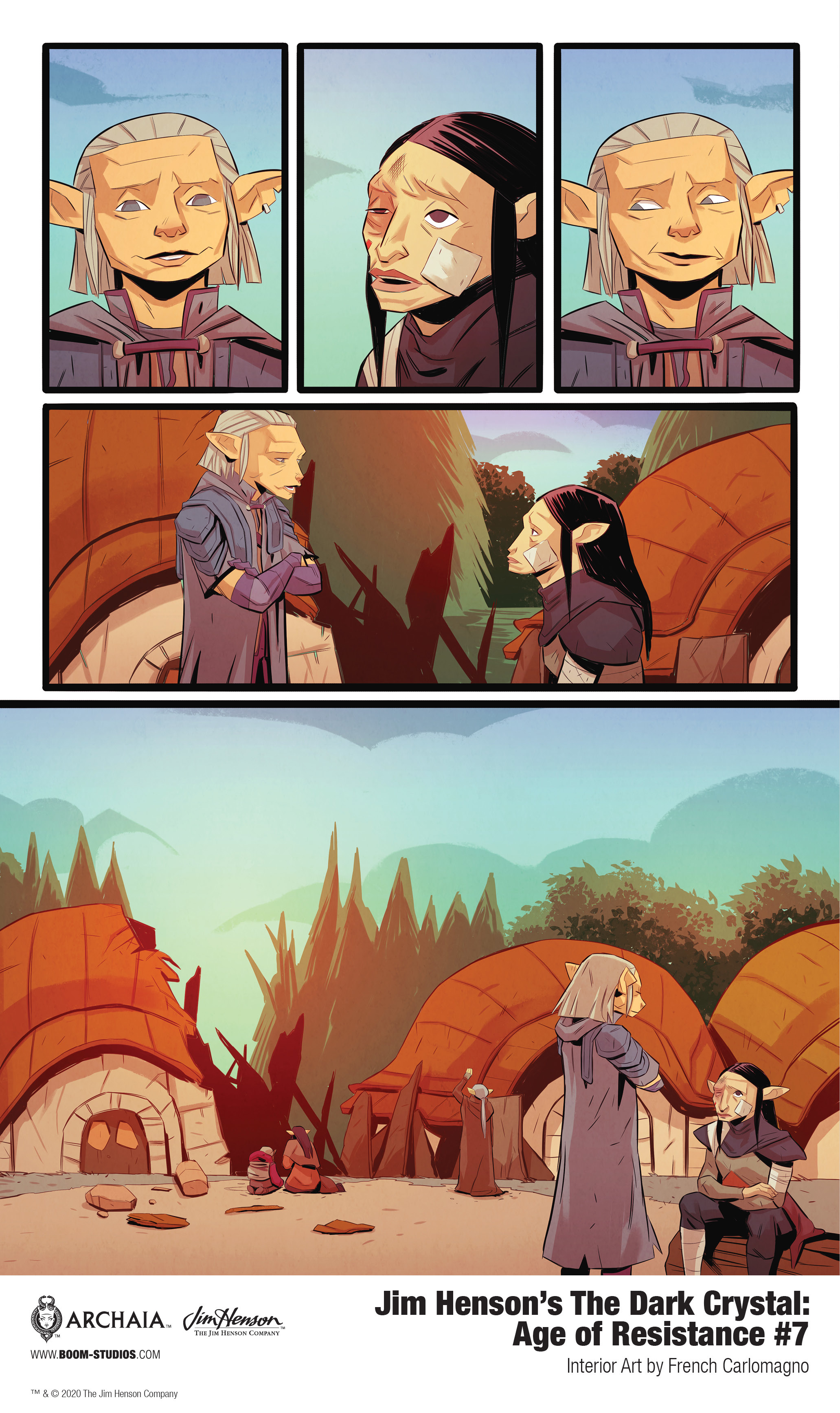 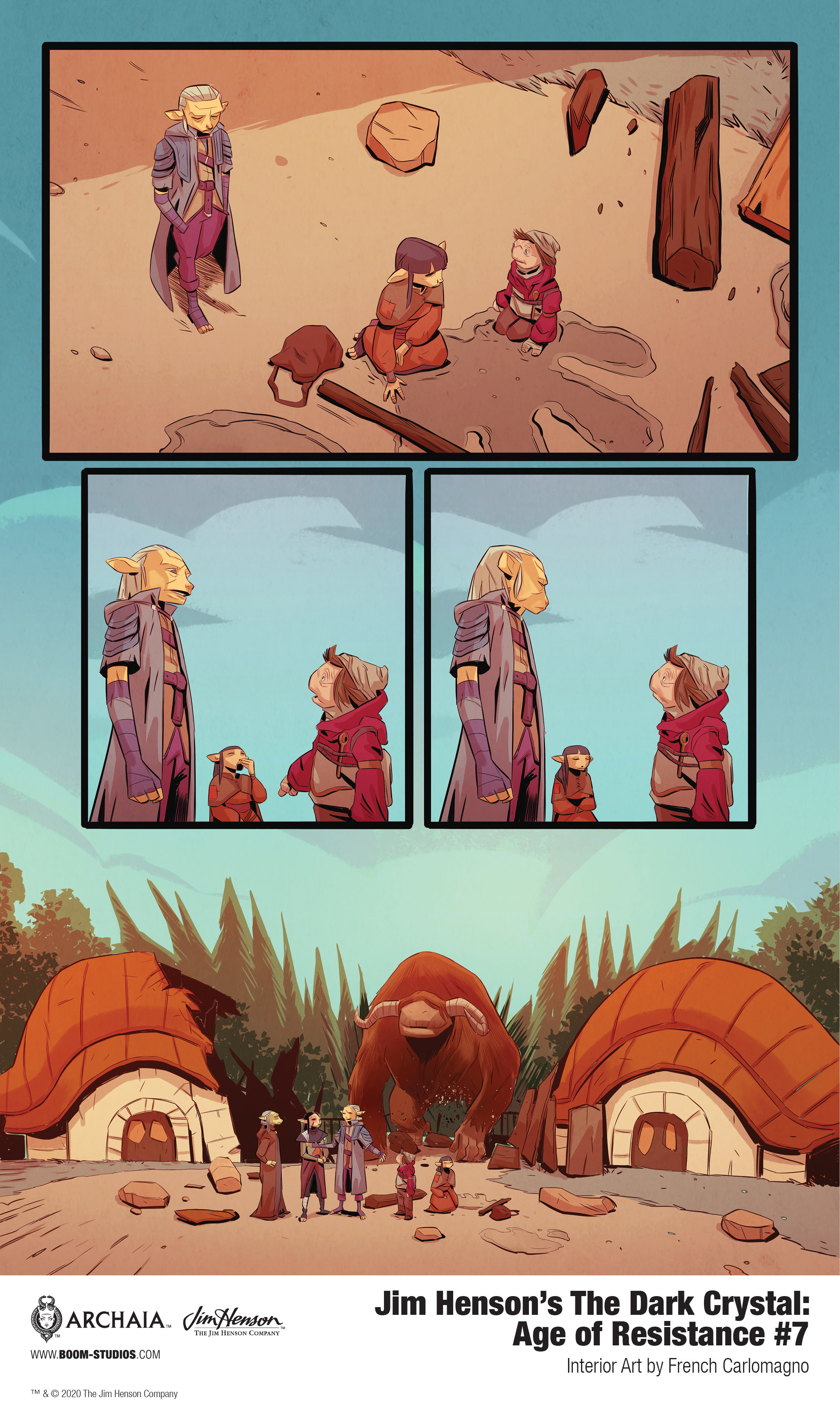 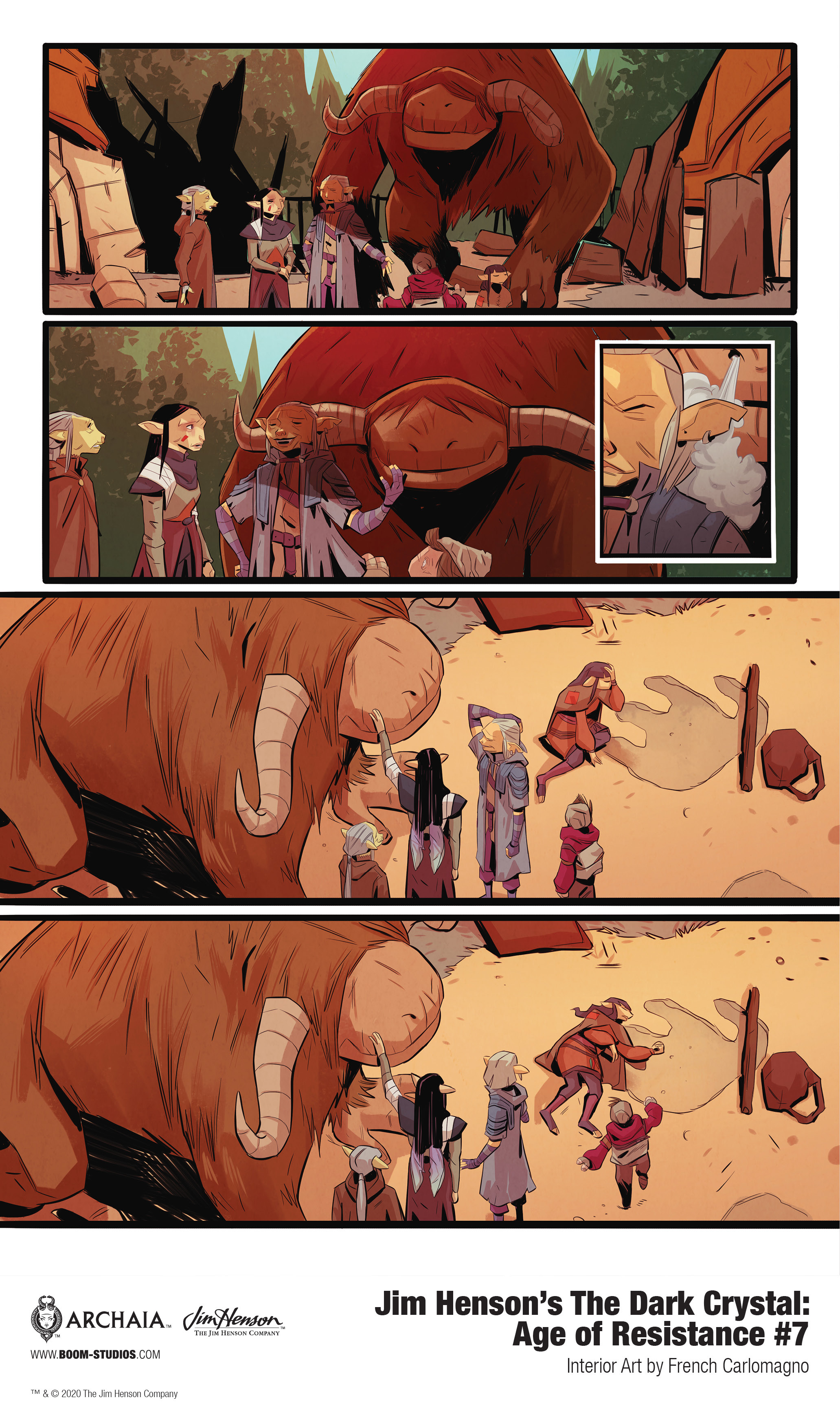