Your First Look at the Chilling Spirit in JIM HENSON’S THE STORYTELLER: GHOSTS #1 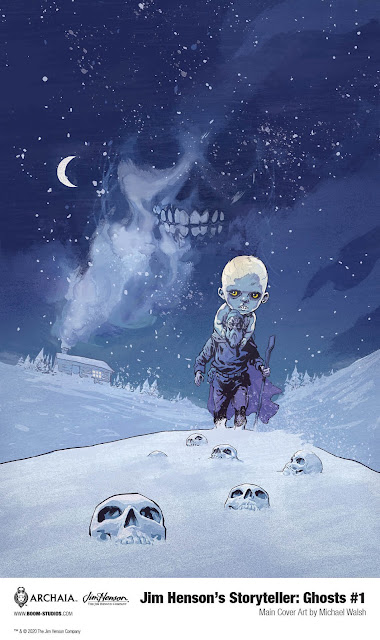 In Scandinavian folklore, there exists a vengeful ghost known as the Myling. A man traveling at night comes across a haunting cry from within the forest. He enters it to find a spirit who demands to be carried to its proper burial site. The man agrees, but as he travels forth, the spirit’s grip tightens... it grows in size...and the man moves slower and slower. Can he unburden himself of this terrifying weight before it brings him down for good?

JIM HENSON’S THE STORYTELLER: GHOSTS is the latest release from BOOM! Studios’ ambitious Archaia imprint, home to graphic novels such as Bolivar by Sean Rubin; Mouse Guard by David Petersen; Girl in the Himalayas and New World by David Jesus Vignolli; Jane by Aline Brosh McKenna and Ramón Pérez; Persephone by Loïc Locatelli-Kournwsky and licensed series including Lev Grossman’s The Magicians by Lilah Sturges and Pius Bak; Jim Henson’s The Power of the Dark Crystal and Jim Henson’s Labyrinth: Coronation.

Print copies of JIM HENSON’S THE STORYTELLER: GHOSTS #1 will be available for sale on March 11, 2020 at local comic book shops (use comicshoplocator.com to find the nearest one) or at the BOOM! Studios webstore. Digital copies can be purchased from content providers, including comiXology, iBooks, Google Play, and Madefire.

For more on JIM HENSON’S THE STORYTELLER: GHOSTS and more from Archaia, please visit www.boom-studios.com and follow @boomstudios on Twitter. 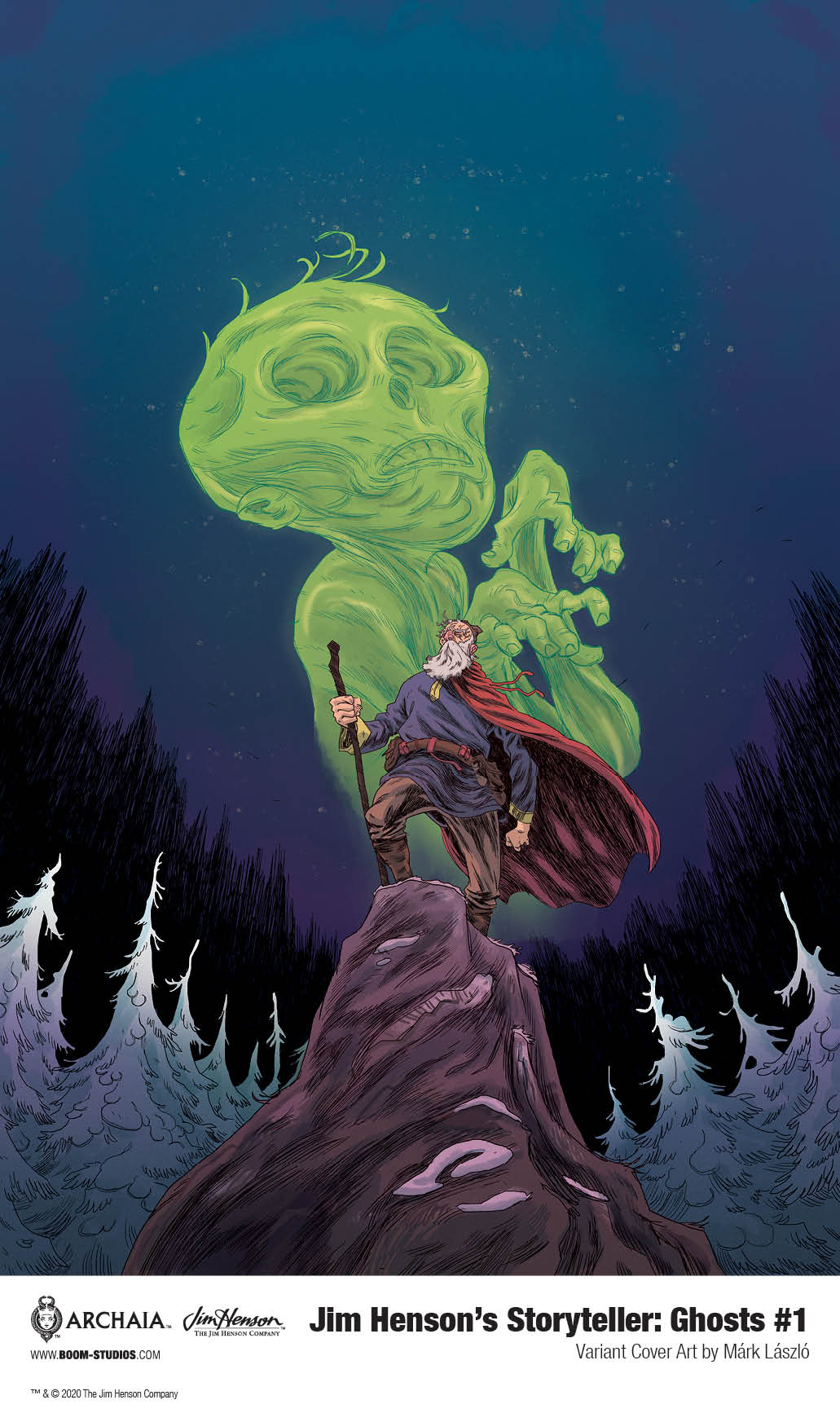 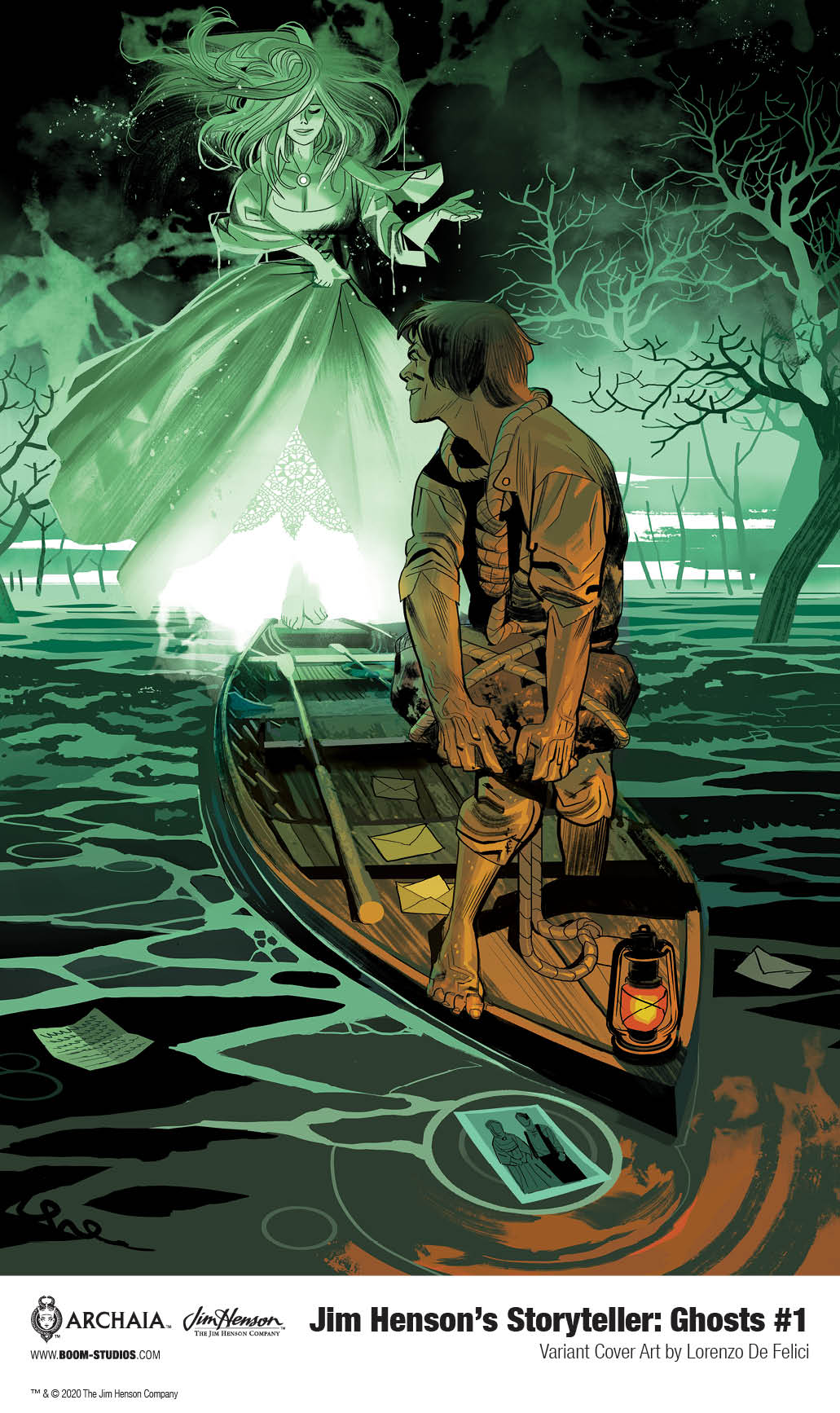 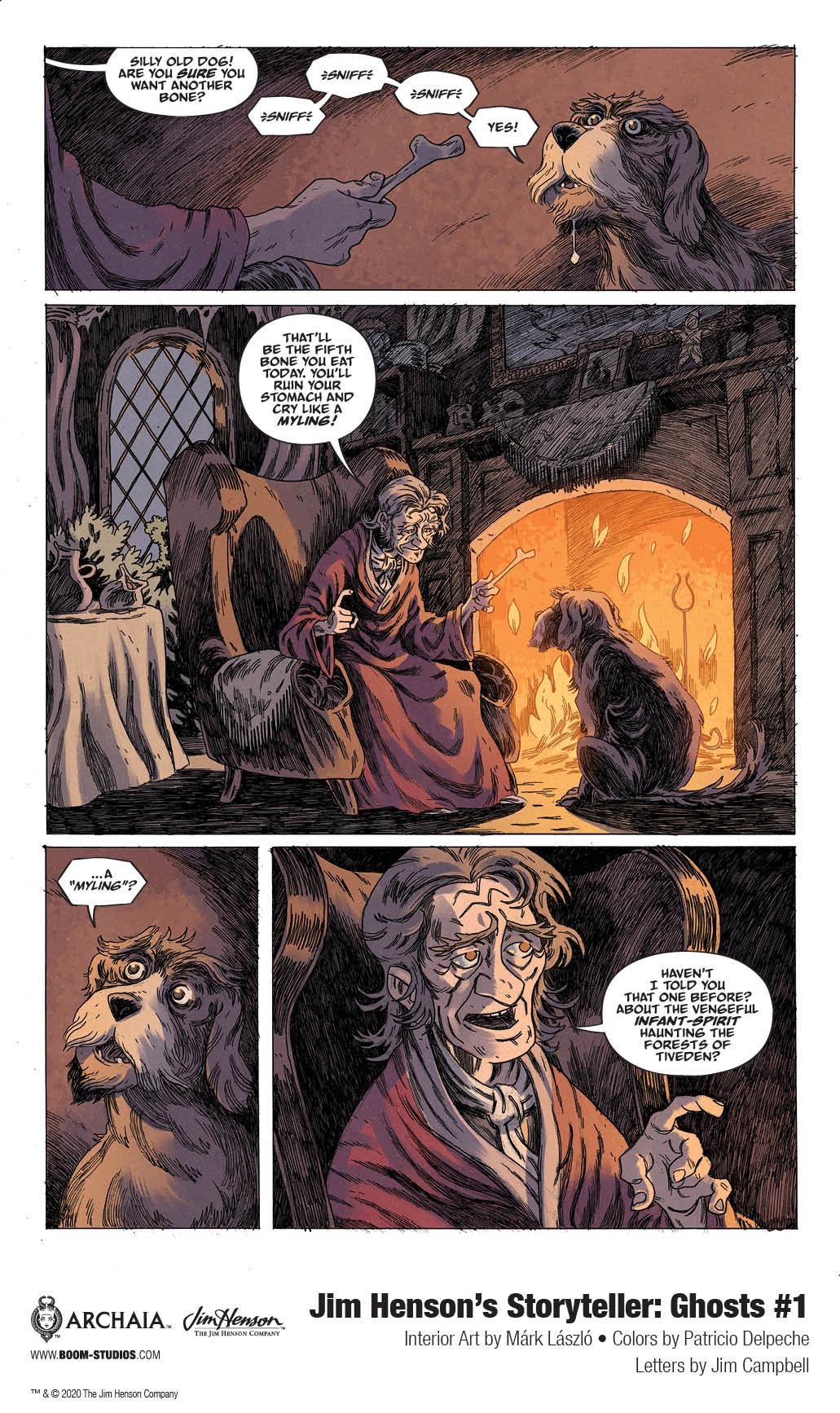 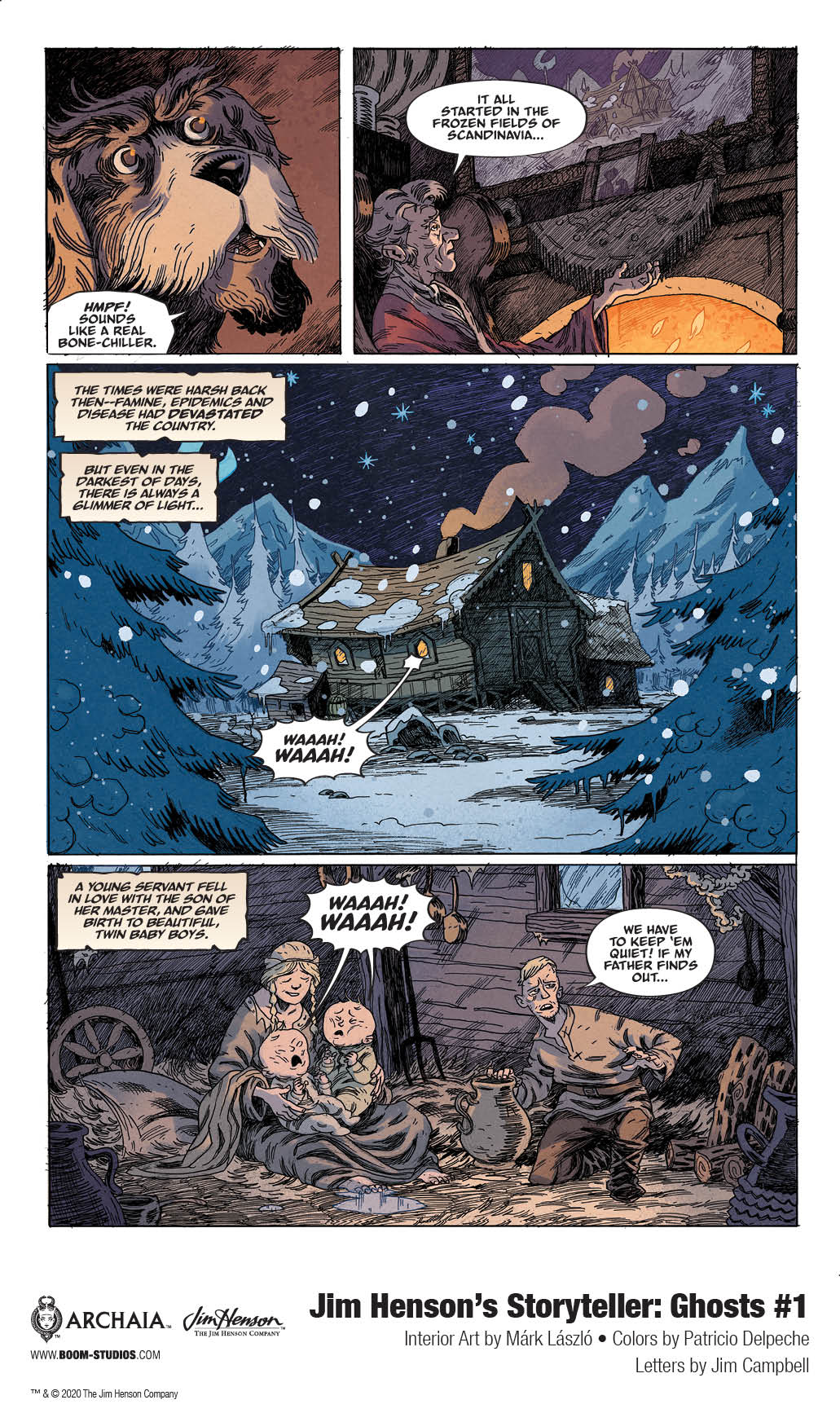 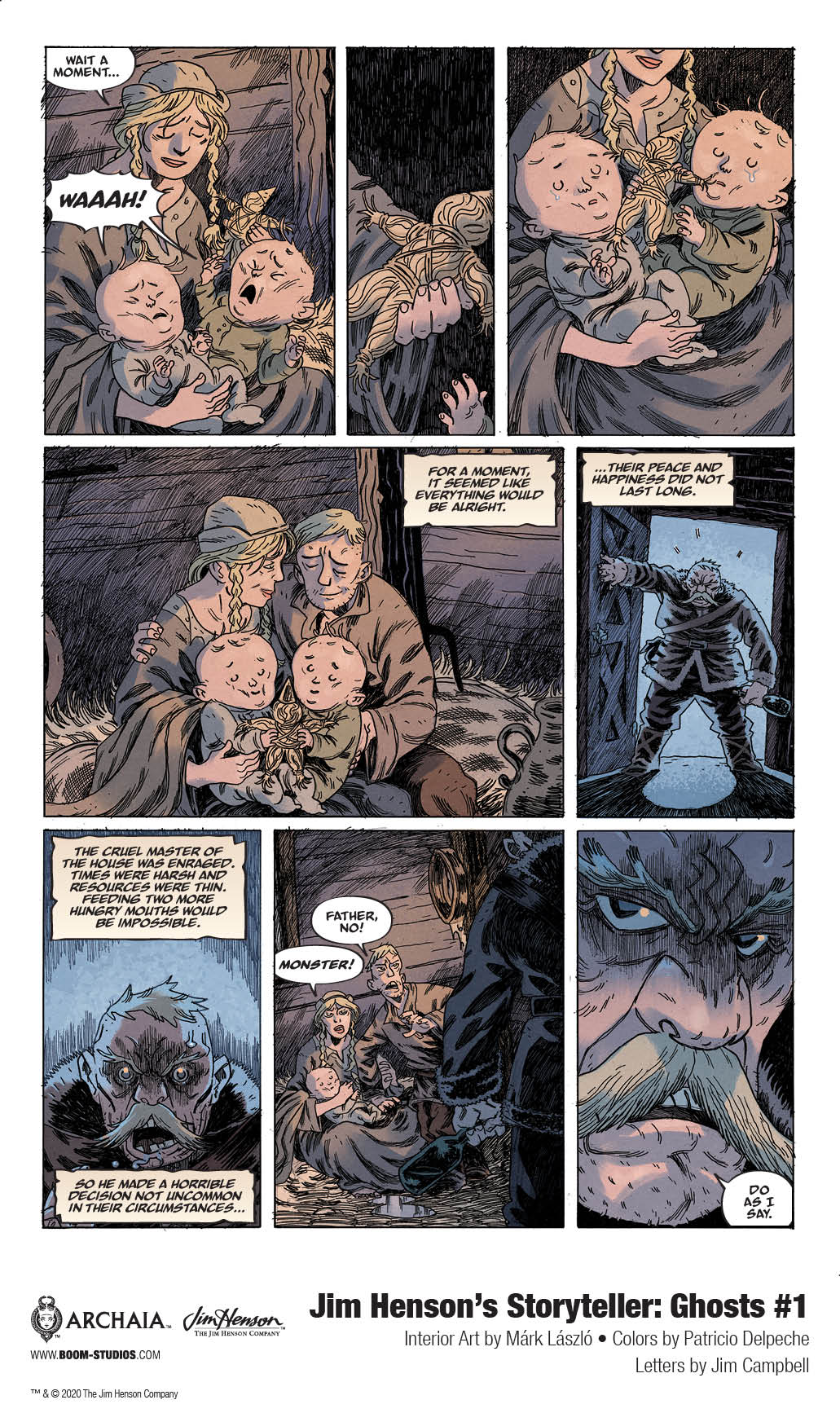 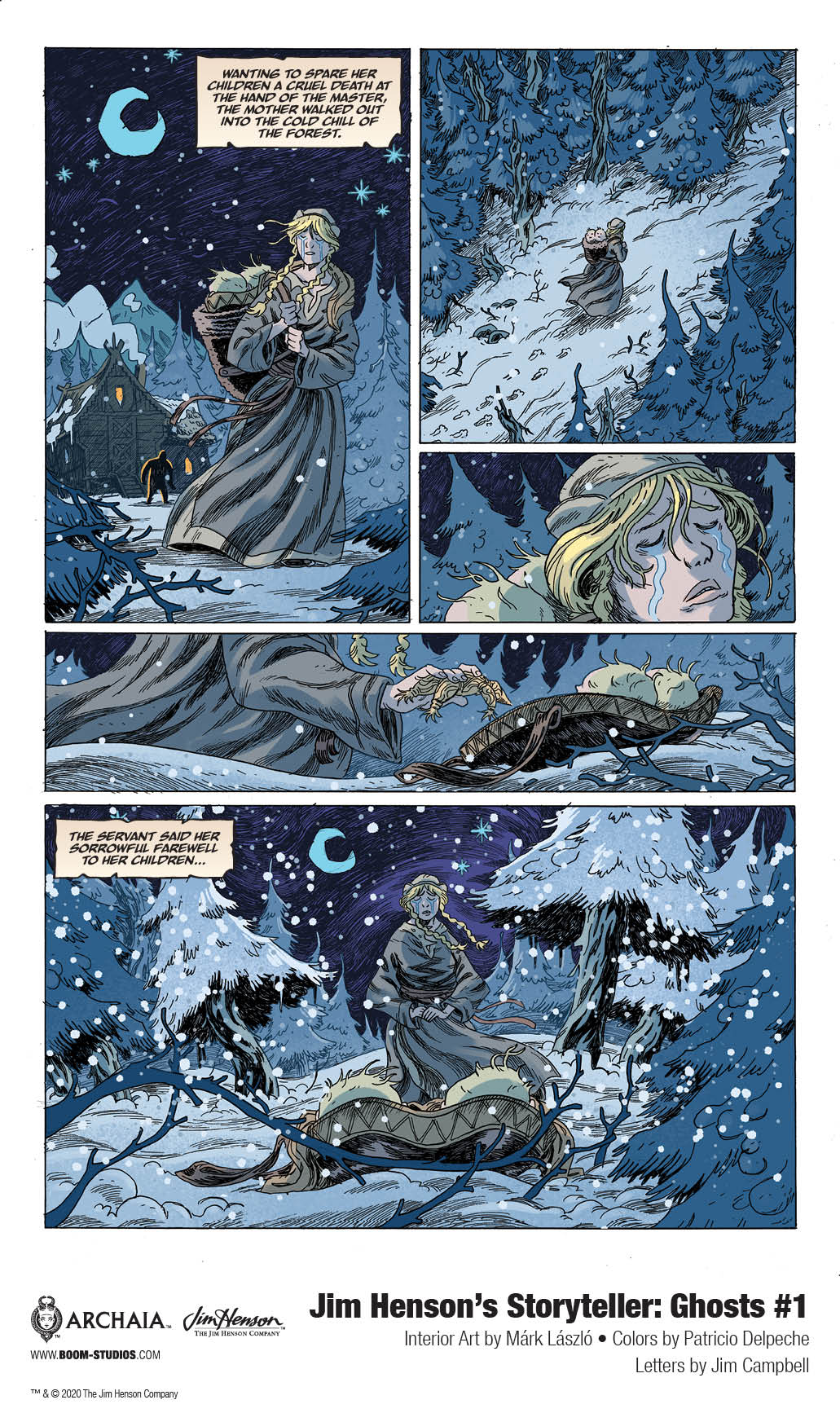