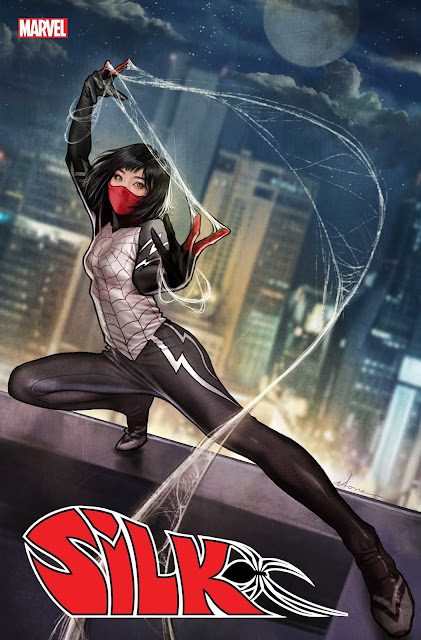 Back in 2014, the world learned that Peter Parker wasn’t the only one who was bitten by the radioactive spider in Amazing Fantasy #15. Equipped with spider powers of her own, Cindy Moon took the Marvel Universe by storm as the beloved super hero Silk! Just announced at C2E2, Silk will weave a new web this July, filled with ruthless new villains including the cat demon Kasha as Cindy takes on a new investigative reporter gig under the one and only J. Jonah Jameson.

Acclaimed novelist Maurene Goo (I Believe in a Thing Called Love, Somewhere Only We Know) makes her grand foray into comic books alongside superstar artist Takeshi Miyazawa to deliver a thrilling series that will pack action, heart, and relevatory insights about the character. Cindy’s new mission will quickly turn as personal as it is deadly and prove Silk to be one of Marvel’s most dynamic and intriguing heroes.

“The opportunity to write a Korean American super hero—a woman, no less—is one that I never thought would come my way,” Goo said. “I’m so excited to flex this writing muscle and to explore new stories for Silk—a character I love. Her fierceness and loyalty are qualities I understand and relate to, and I hope readers feel the same as she fights new foes and protects old friends.”

Don’t miss a beat of the latest adventures of Cindy Moon when SILK #1 swings into comic shops in July!