Your First Look at ALIENATED #2 From BOOM! Studios 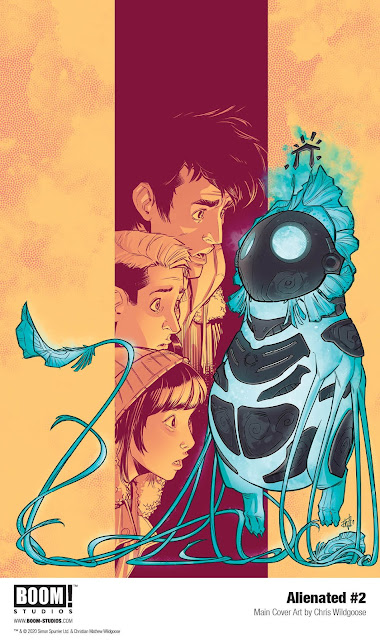 “Brilliant concept, gorgeous art, and one of my favorite writers? ALIENATED is an easy add to my pull list.”—Brian K. Vaughan

BOOM! Studios today revealed a first look at ALIENATED #2, the latest issue of a new original series from acclaimed writer Simon Spurrier (John Constantine: Hellblazer, Coda), artist Chris Wildgoose (Batgirl, Batman: Nightwalker), colorist André May, and letterer Jim Campbell, a subversive coming-of-age story about having all the power to change the world but the unready hands to truly wield it, available in March 2020.

After outcast teens Samuel, Samantha, and Samir find an adorable but dangerous alien creature in the woods and name him Chip, they bond over their shared secret. But as the pressures of hiding an actual alien mount, they each begin to fantasize about how to use Chip’s strange powers to improve the world—starting with their current lives.

You can view the trailer here: ALIENATED Trailer

ALIENATED is the newest release from BOOM! Studios’ eponymous imprint, home to critically acclaimed original series, including Once & Future by Kieron Gillen and Dan Mora; Something is Killing the Children by James Tynion IV and Werther Dell’Edera; Faithless by Brian Azzarello and Maria Llovet; Abbott by Saladin Ahmed and Sami Kivelä; Bury The Lede by Gaby Dunn and Claire Roe; Klaus by Grant Morrison and Dan Mora; Folklords by Matt Kindt and Matt Smith; The Red Mother by Jeremy Haun and Danny Luckert; and the upcoming King of Nowhere by W. Maxwell Prince and Tyler Jenkins. The imprint also publishes popular licensed properties including Joss Whedon’s Firefly from Greg Pak and Dan McDaid; Buffy The Vampire Slayer from Jordie Bellaire and David López; Angel from Bryan Edward Hill and Gleb Melnikov; and Mighty Morphin Power Rangers from Ryan Parrott and Daniele Di Nicuolo.

Print copies of ALIENATED #2 will be available for sale March 18, 2020 exclusively at local comic book shops (use comicshoplocator.com to find the nearest one) or at the BOOM! Studios webstore. Digital copies can be purchased from content providers, including comiXology, iBooks, Google Play, and Madefire.

For continuing news on ALIENATED and more from BOOM!, stay tuned to www.boom-studios.com and follow @boomstudios on Twitter. 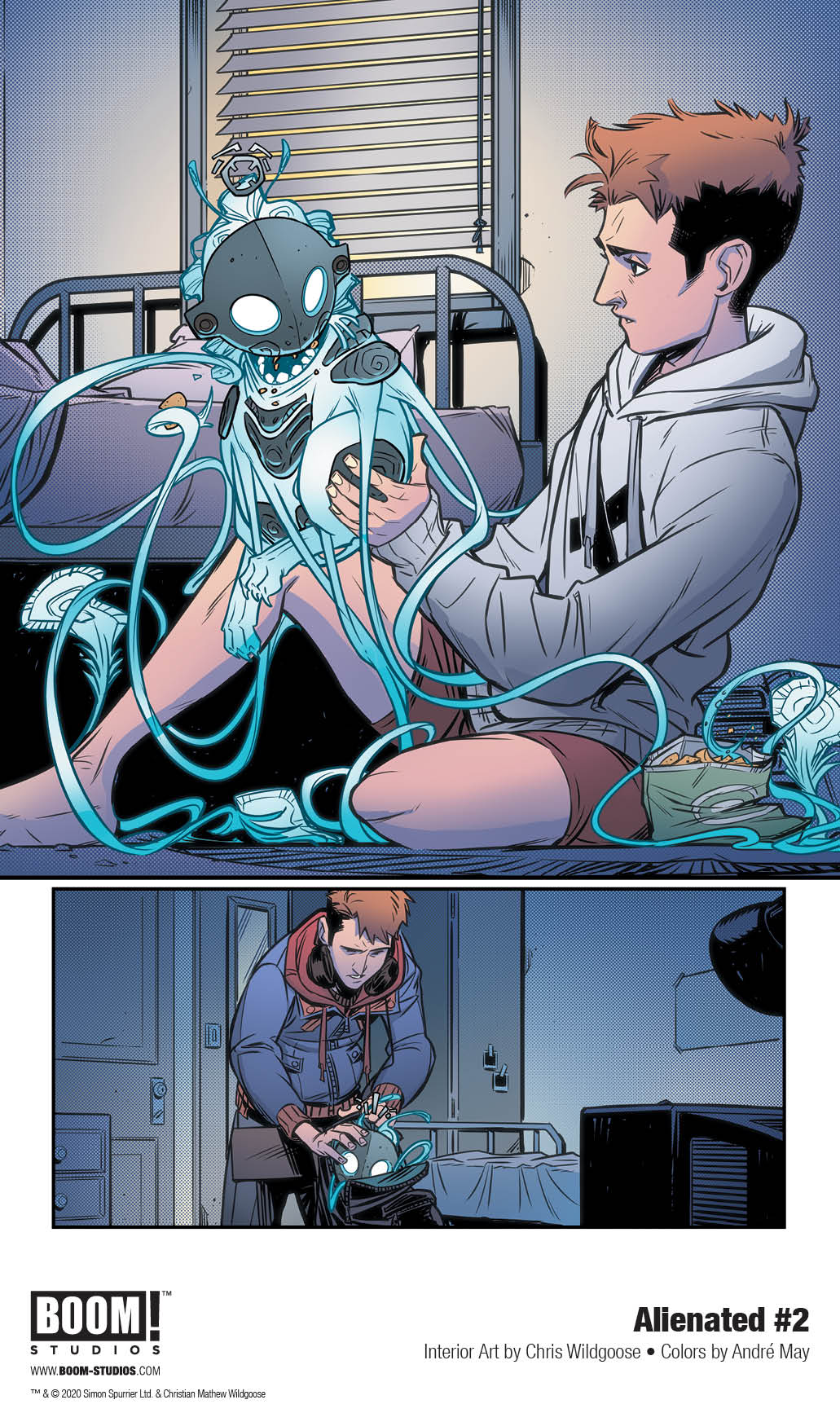 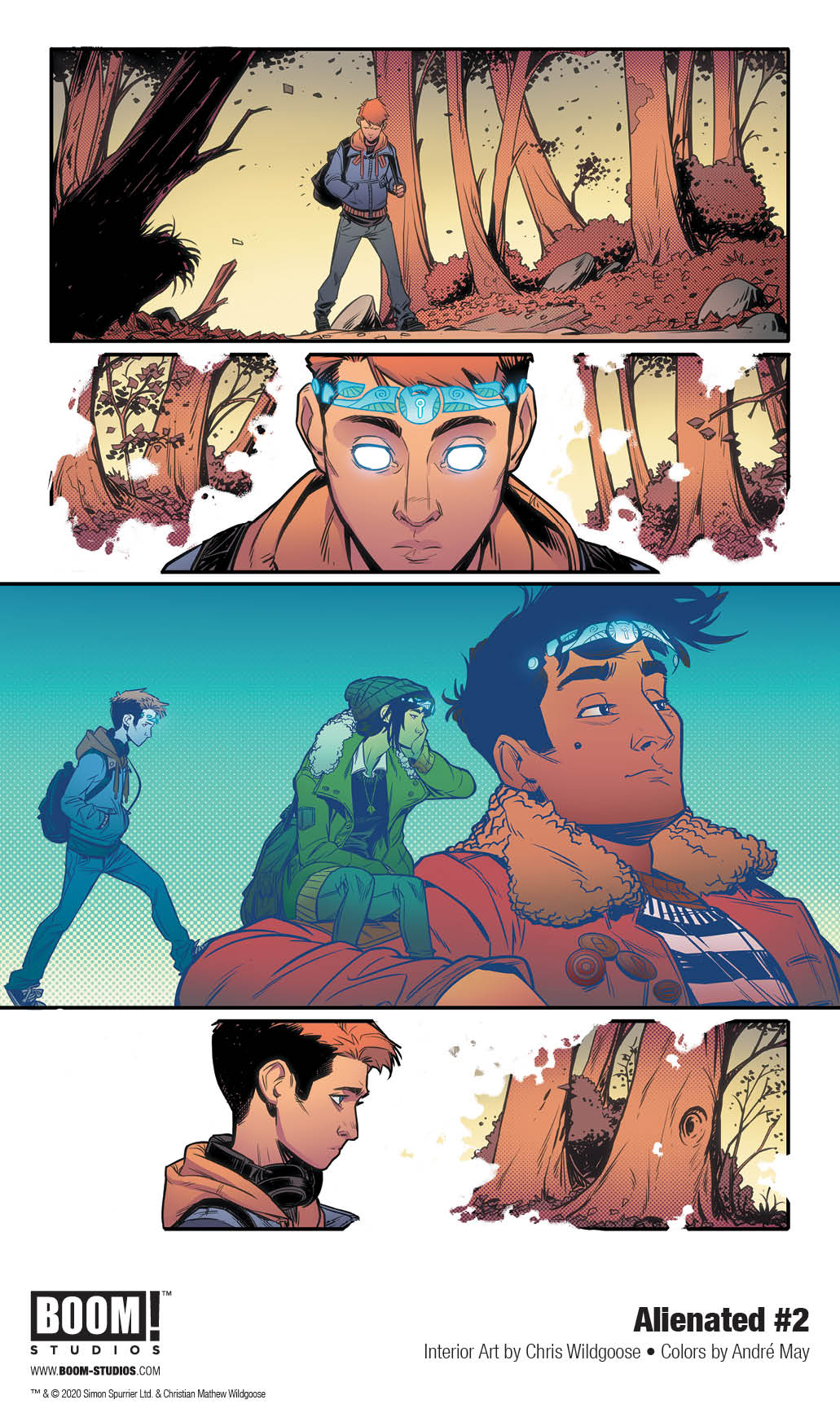 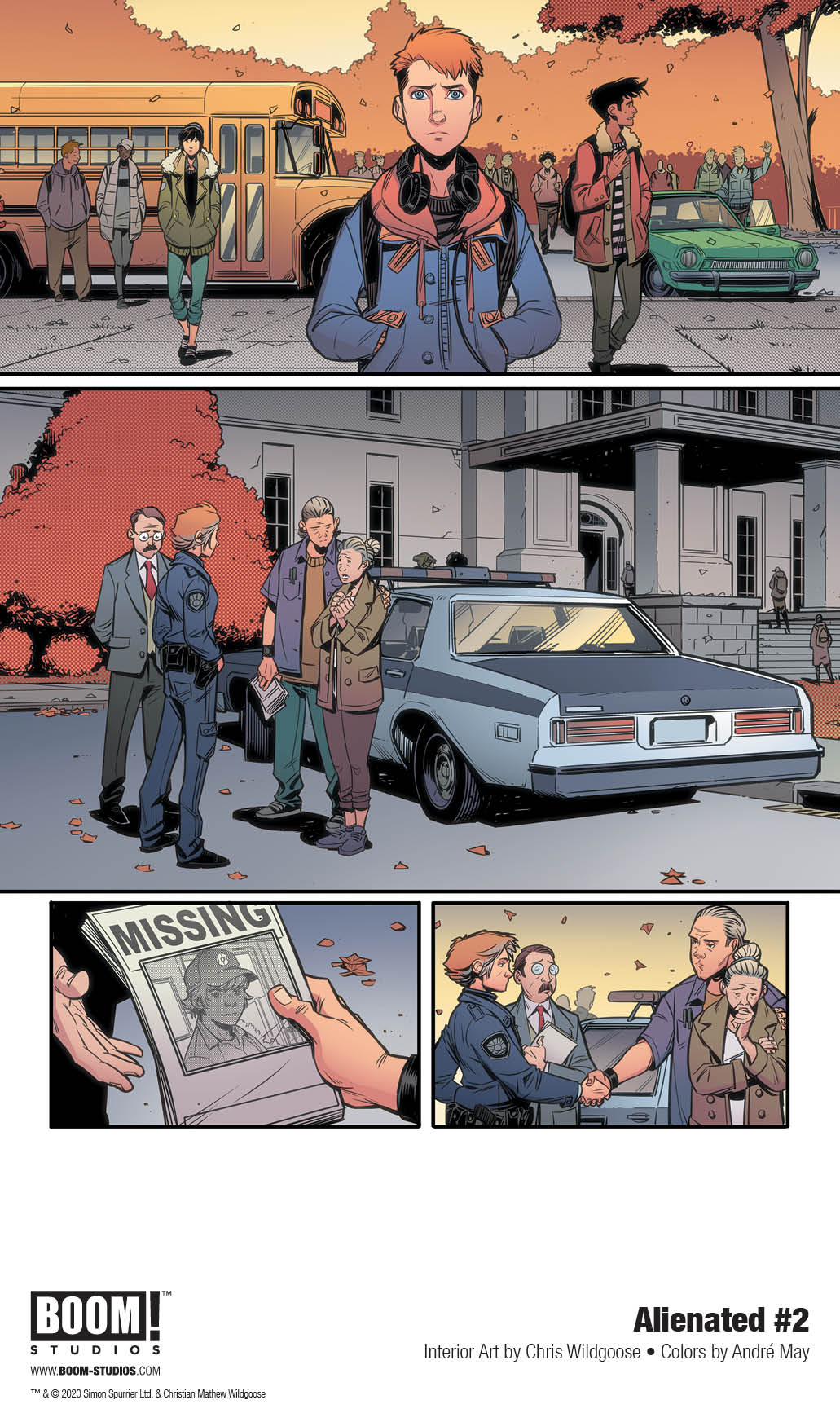 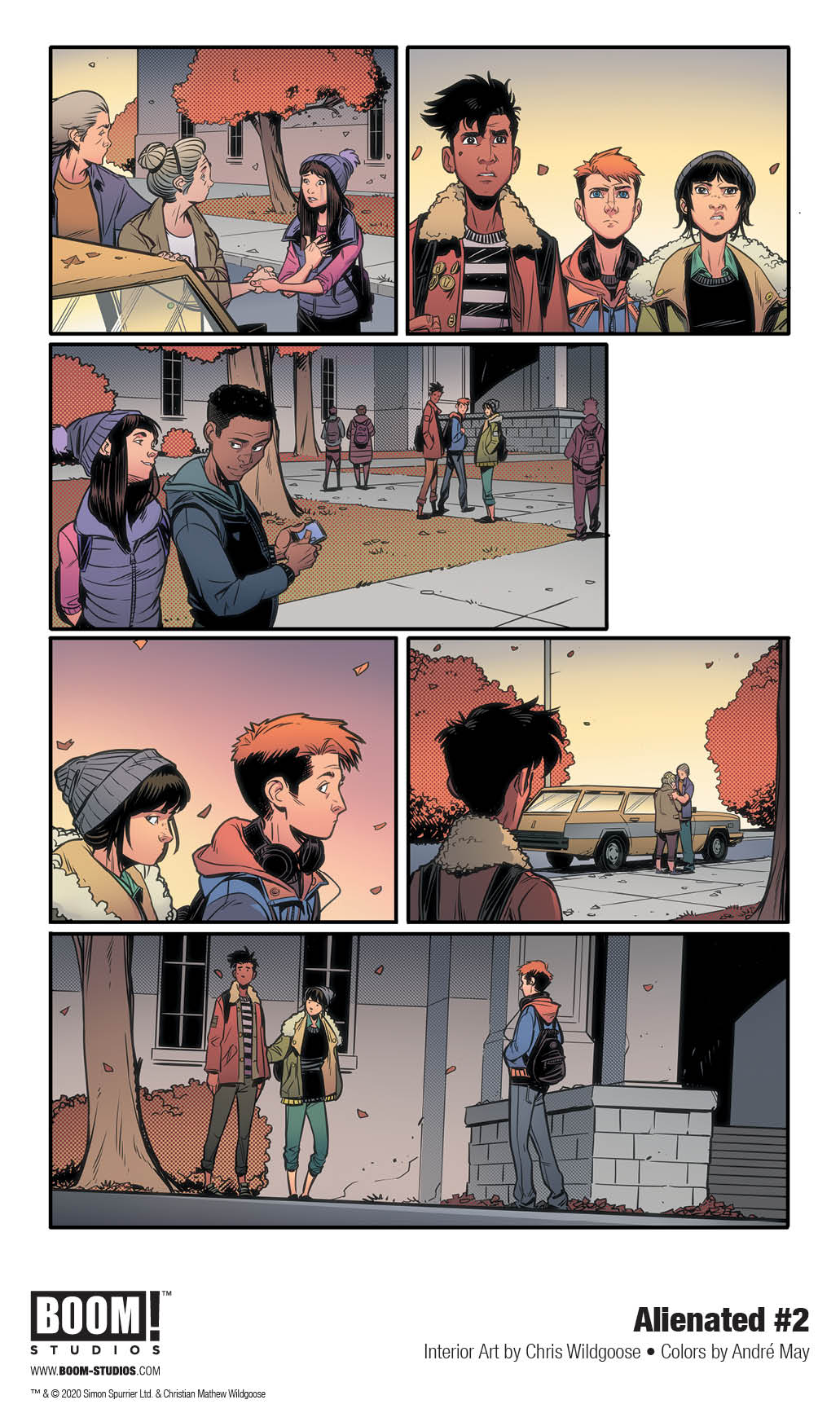 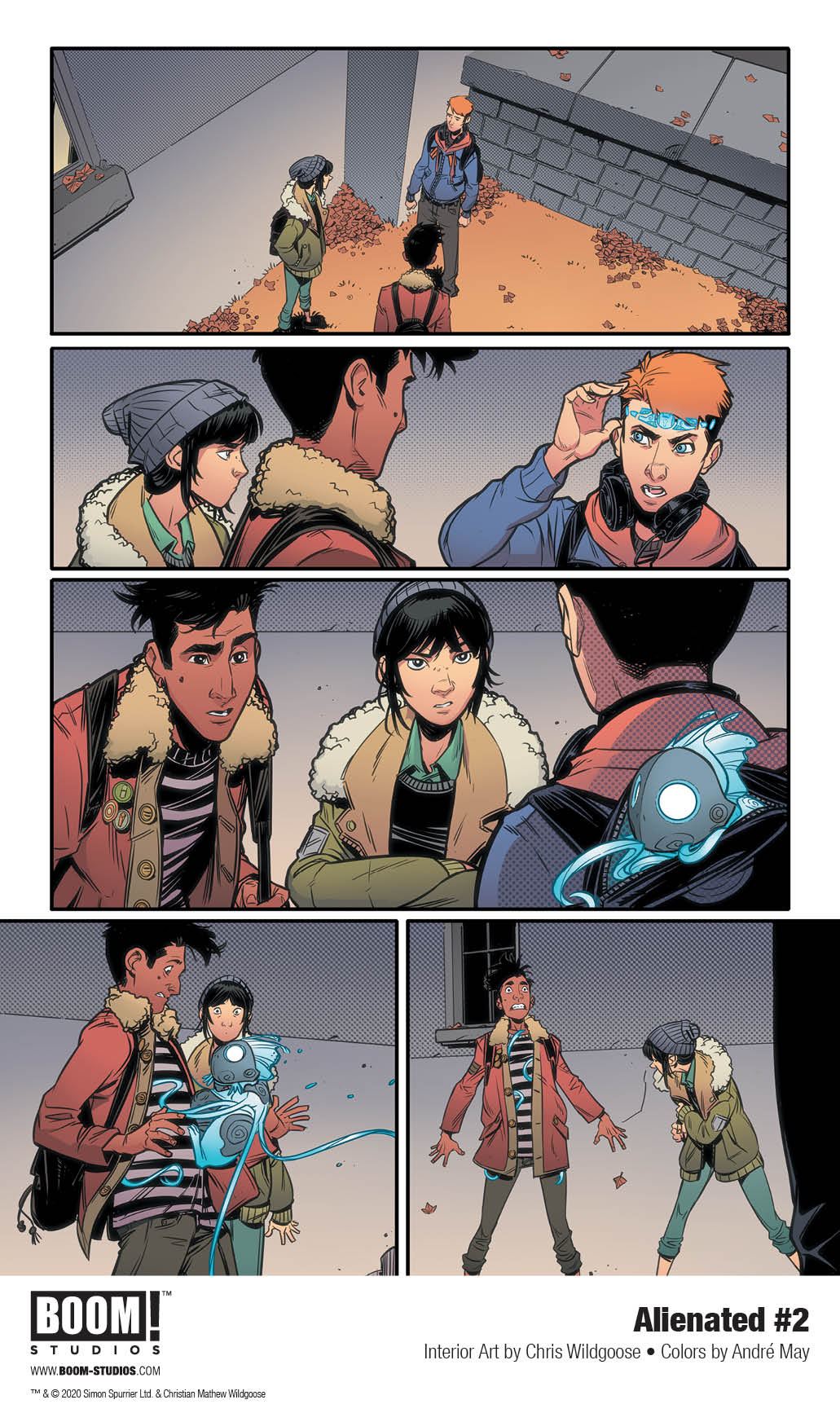