Your First Look at the Adventures of SPACE BEAR From Ethan Young and BOOM! Studios 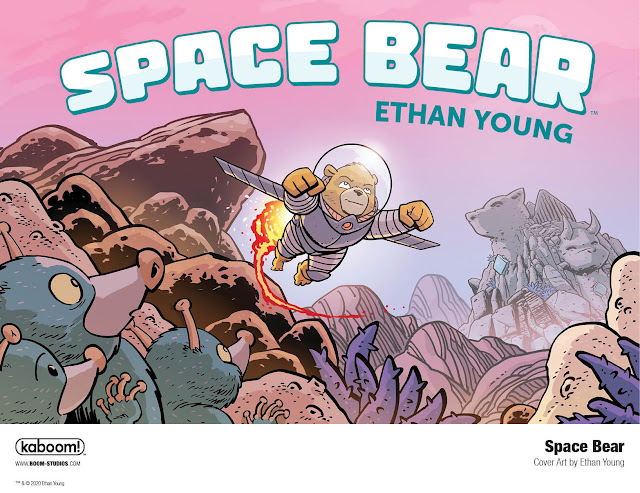 BOOM! Studios today revealed a first look at the new original graphic novel SPACE BEAR by award-winning cartoonist Ethan Young (Nanjing: The Burning City), presenting a timely, silent sci-fi story about discovering the unknown and empathy for everyone we encounter because every friendship begins with an act of kindness, available in June 2020.

Pilgrim Finch is an adventurous astronaut bear who explores the cosmos with a mission to bring samples of life back to his home planet. But when he crash lands on a new planet full of surprises and danger around every corner, Pilgrim will be forced to question his orders and learn that there’s only one mission that matters—compassion for all living creatures, no matter the stakes!

SPACE BEAR is the latest release from BOOM! Studios’ award-winning KaBOOM! imprint, home to comics for middle grade and younger readers including licensed series such as Adventure Time, Steven Universe, Regular Show, Ben 10, and Over the Garden Wall, along with original series like Just Beyond by R.L. Stine and Kelly & Nichole Matthews, Hex Vet by Sam Davies, Drew and Jot by Art Baltazar, Hotel Dare by Terry Blas and Claudia Aguirre, RuinWorld by Derek Laufman, and Pandora’s Legacy by Kara Leopard and Kelly & Nichole Matthews.

Print copies of SPACE BEAR will be available for sale on June 17, 2020 at local comic book shops (use comicshoplocator.com to find the nearest one), June 23, 2020 at bookstores, or at the BOOM! Studios webstore. Digital copies can be purchased from content providers, including comiXology, iBooks, Google Play, and Madefire.

For continuing news on SPACE BEAR and more from BOOM!, stay tuned to www.boom-studios.com and follow @boomstudios on Twitter. 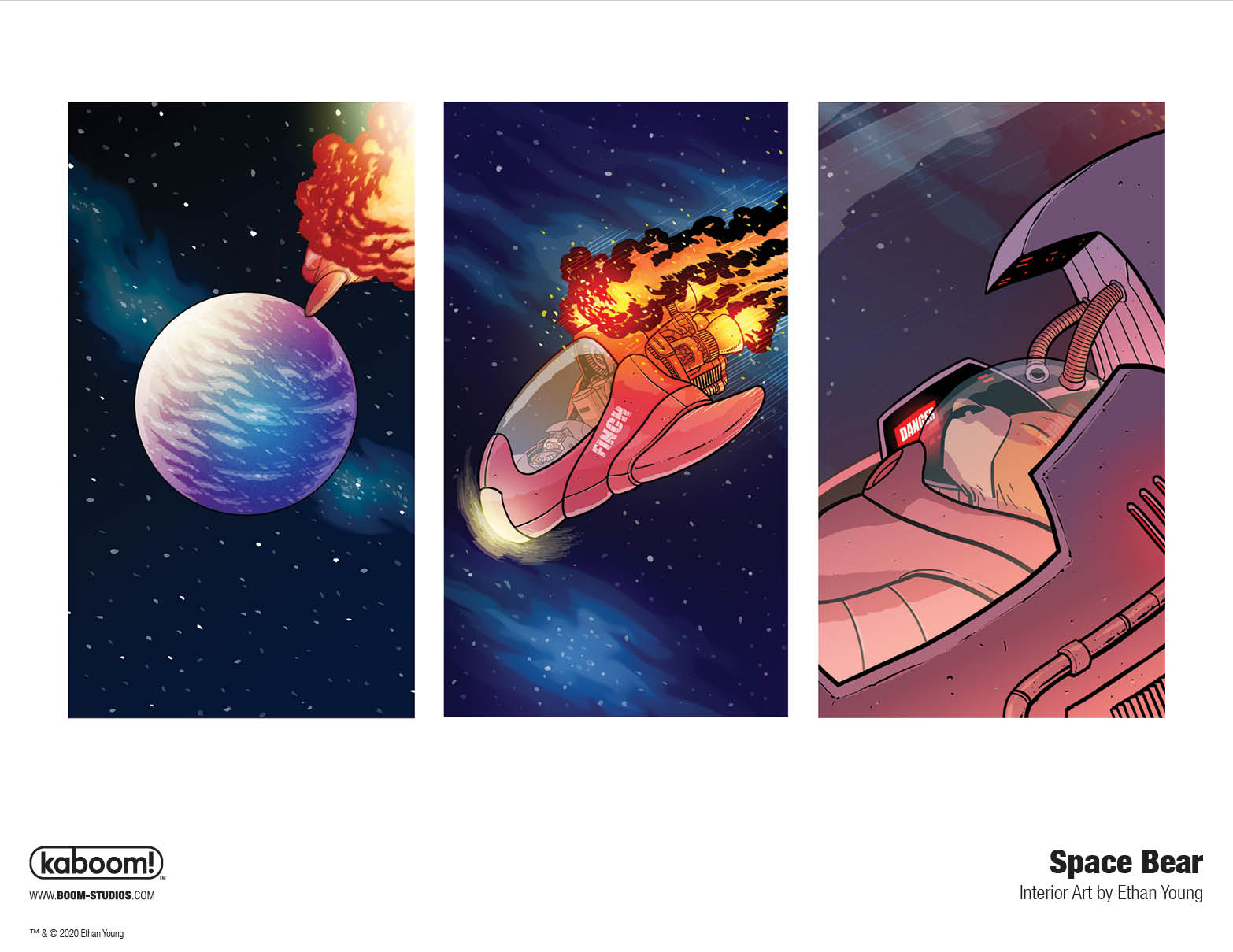 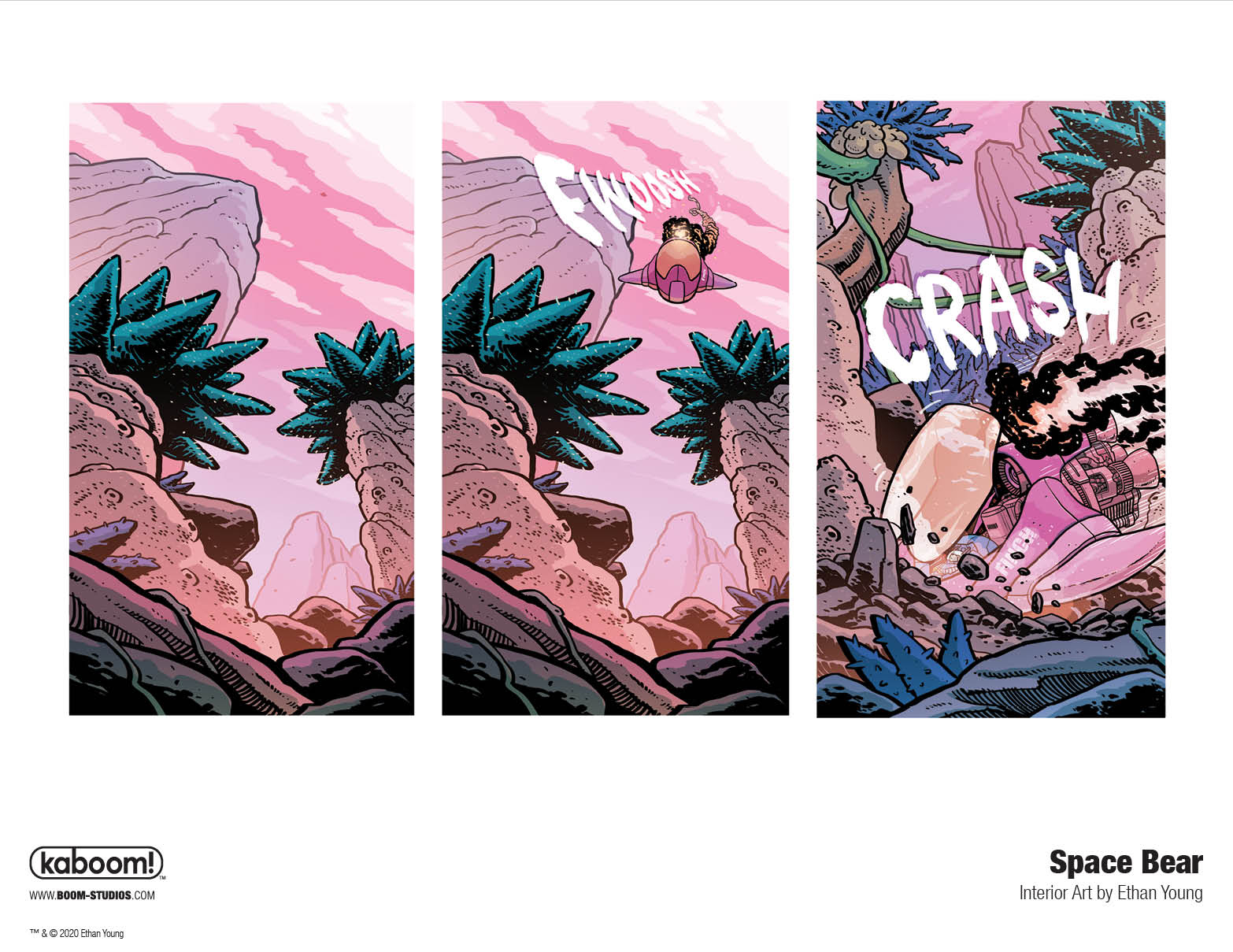 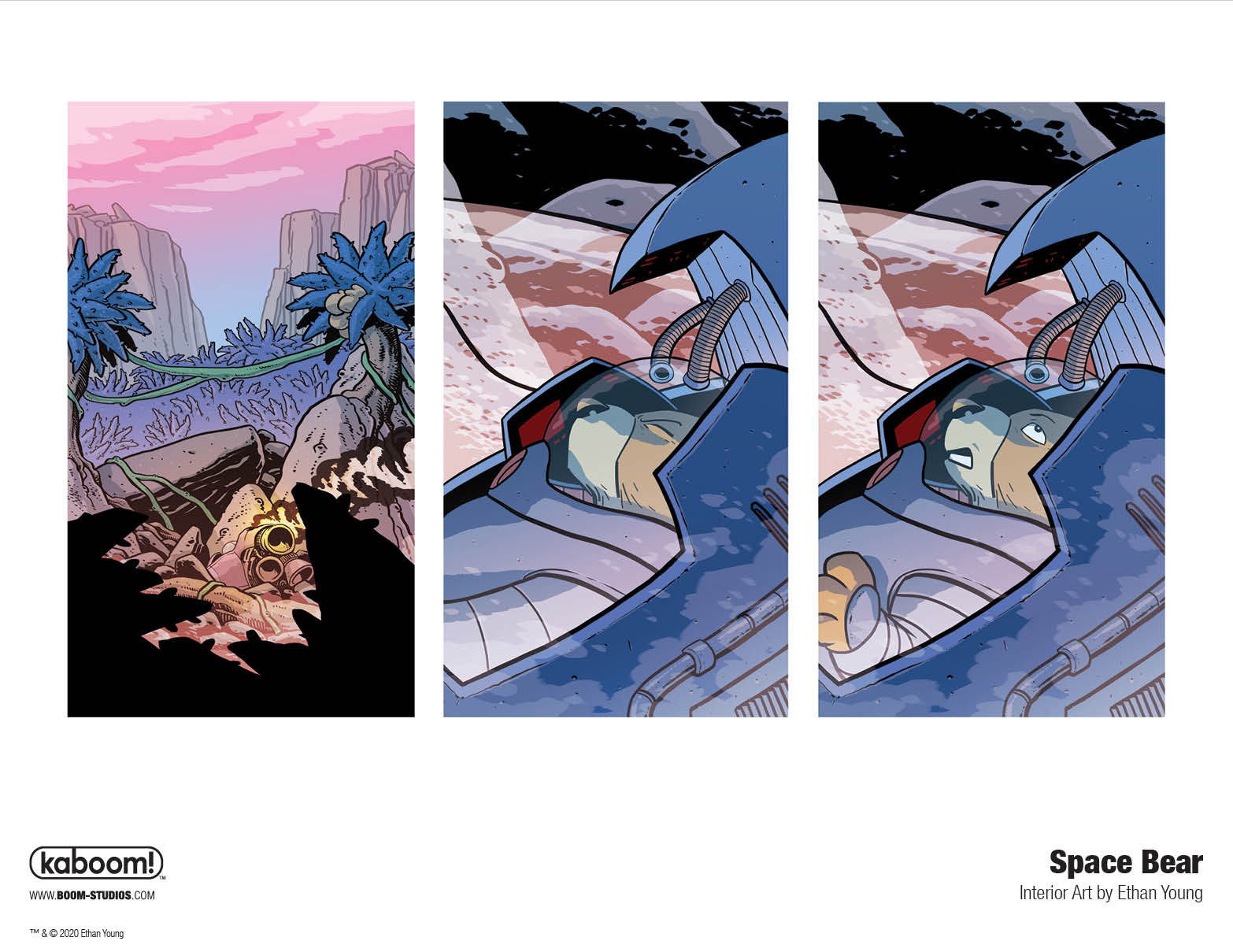 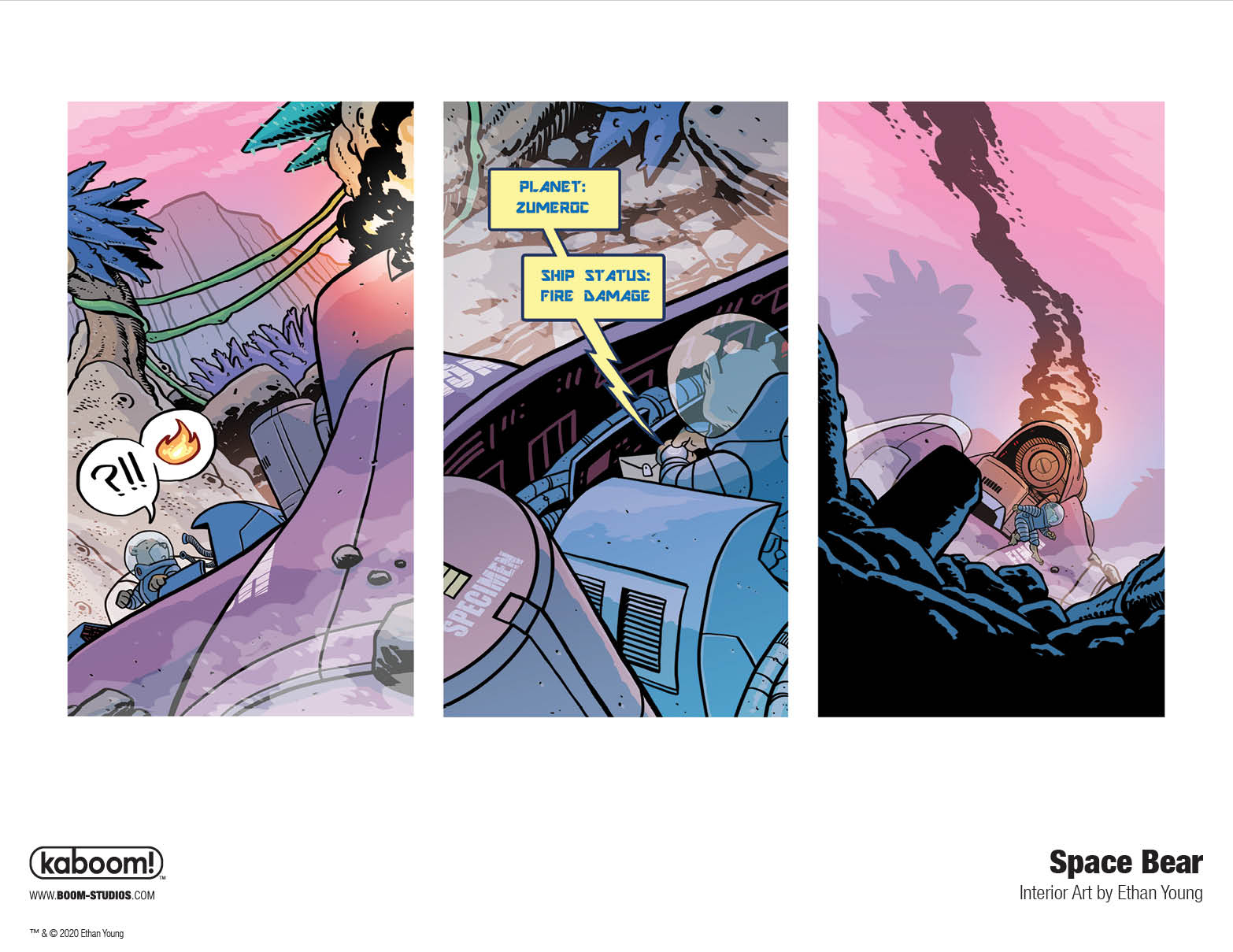 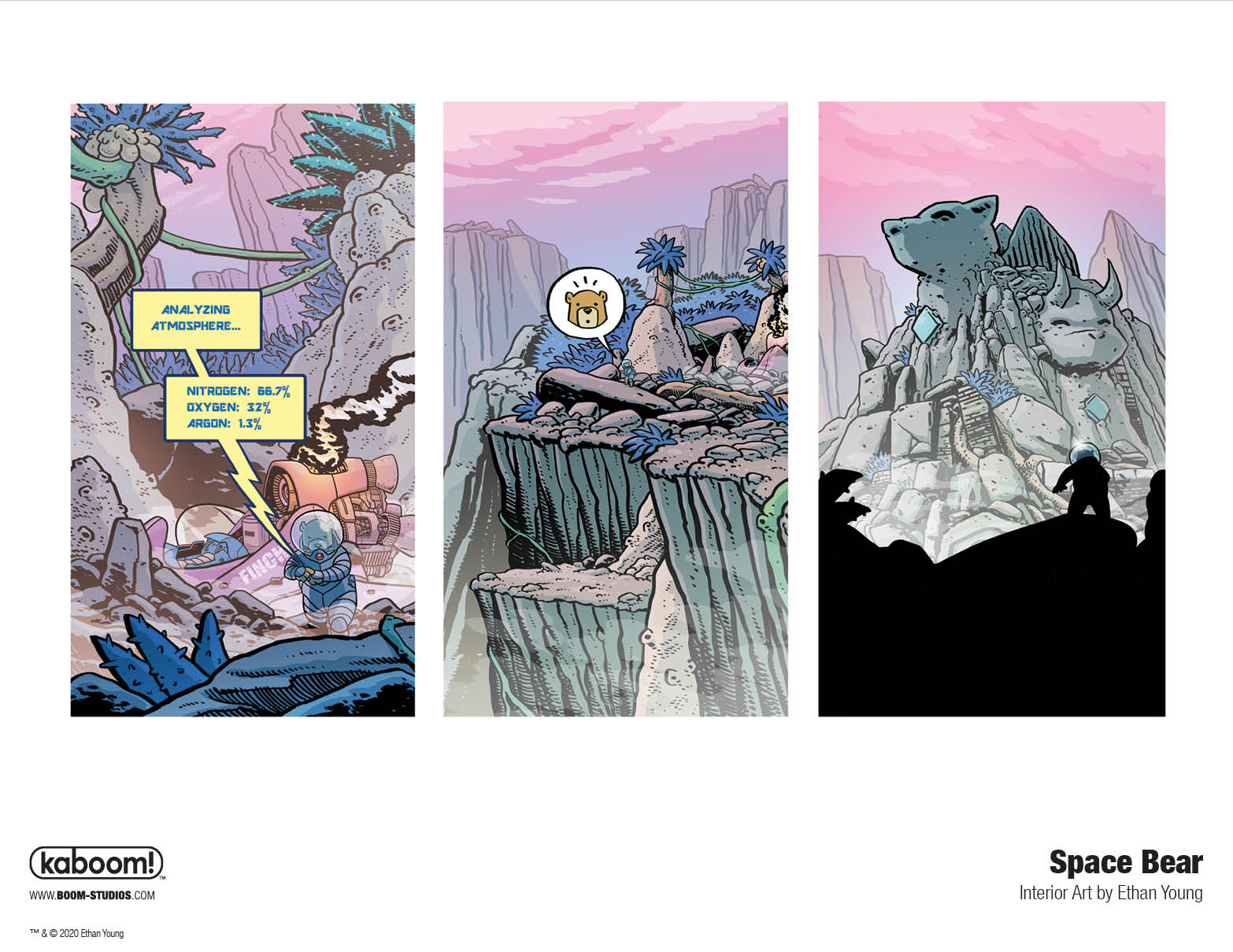