Torn Between Love and Duty in Joss Whedon’s FIREFLY #15 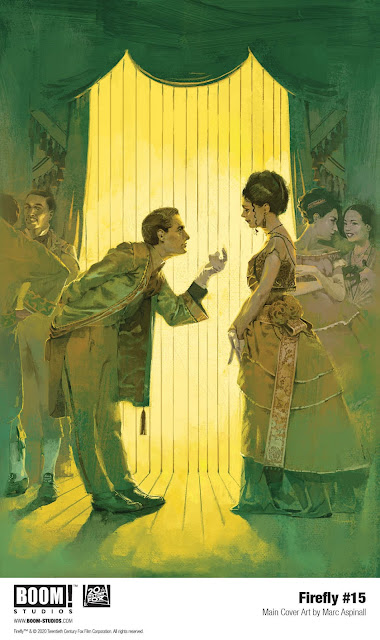 BOOM! Studios, in collaboration with 20th Century Fox today unveiled a first look at FIREFLY #15 from New York Times best-selling writer Greg Pak (Ronin Island), artist Lalit Kumar Sharma (Daredevil), colorist Francesco Segala (Mighty Morphin Power Rangers), and letterer Jim Campbell (Coda), along with series creator & story consultant Joss Whedon (the visionary writer/director behind Buffy the Vampire Slayer, Marvel’s The Avengers and more) continue the iconic worldwide pop culture phenomenon’s sold-out return to comic books. Available in stores March 2020.
A Browncoat at heart, Sheriff Mal Reynolds does have to admit that there might be one single perk to a government job: actually having the time to court Inara Serra, now that he doesn't have to worry about things like dodging the government. But something's fishy with the Blue Sun executives who have taken up residence in Mal's sector...will investigating it mean walking away from Inara?

FIREFLY #15 is available March 18, 2020 exclusively in comic shops (use comicshoplocator.com to find the nearest one) or at the BOOM! Studios webstore. Digital copies can be purchased from content providers, including comiXology, iBooks, Google Play, and Madefire.

FIREFLY is the newest release from BOOM! Studios’ eponymous imprint, home to critically acclaimed original series, including Once & Future by Kieron Gillen and Dan Mora; Something is Killing the Children by James Tynion IV and Werther Dell’Edera; Faithless by Brian Azzarello and Maria Llovet; Abbott by Saladin Ahmed and Sami Kivelä; Bury the Lede by Gaby Dunn and Claire Roe; Klaus by Grant Morrison and Dan Mora; Folklords by Matt Kindt and Matt Smith; The Red Mother by Jeremy Haun and Danny Luckert; and the upcoming Alienated by Simon Spurrier and Chris Wildgoose and King of Nowhere by W. Maxwell Prince and Tyler Jenkins. The imprint also publishes popular licensed properties including Buffy the Vampire Slayer from Jordie Bellaire and David López; Angel from Bryan Edward Hill and Gleb Melnikov; and Mighty Morphin Power Rangers from Ryan Parrott and Daniele Di Nicuolo. 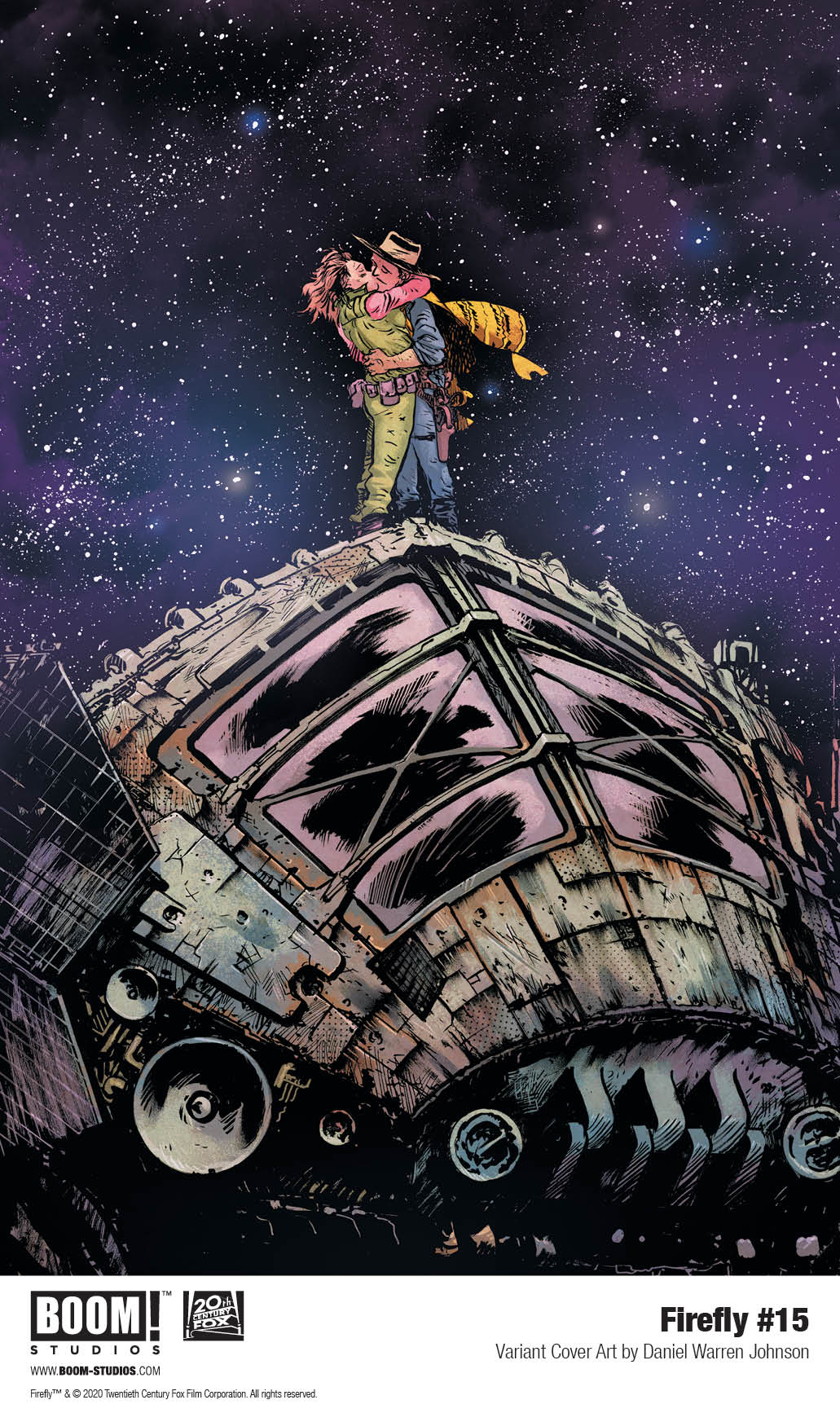 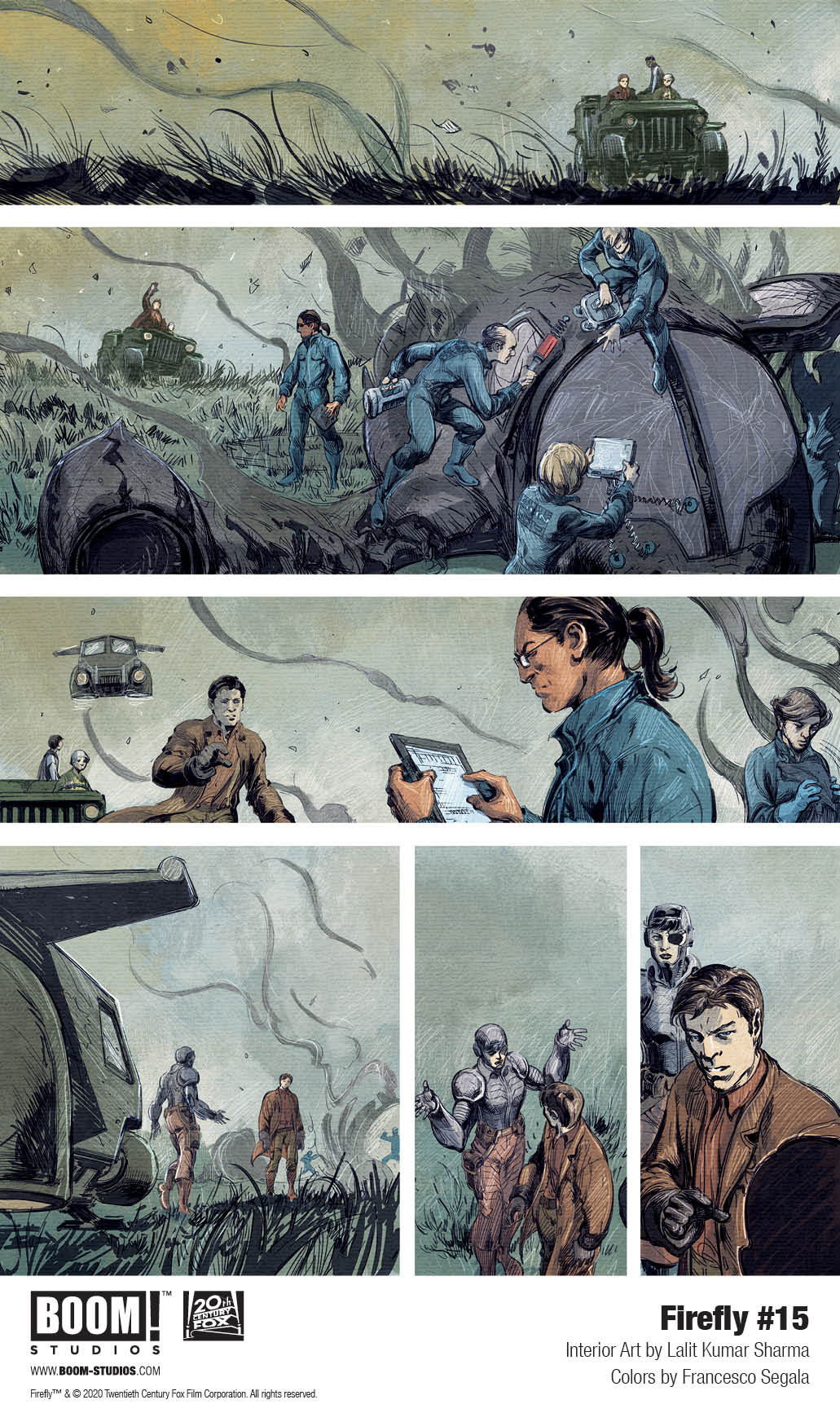 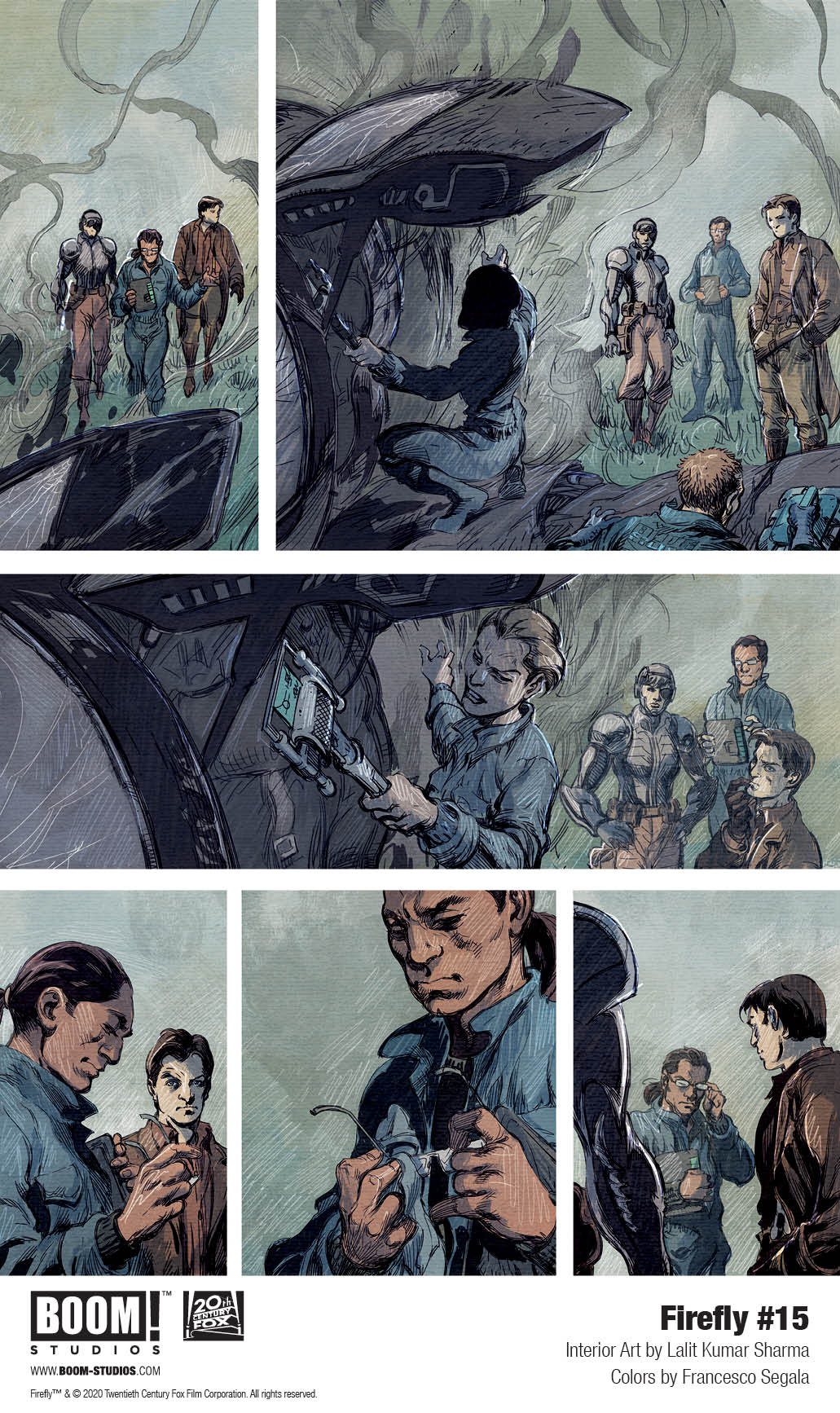 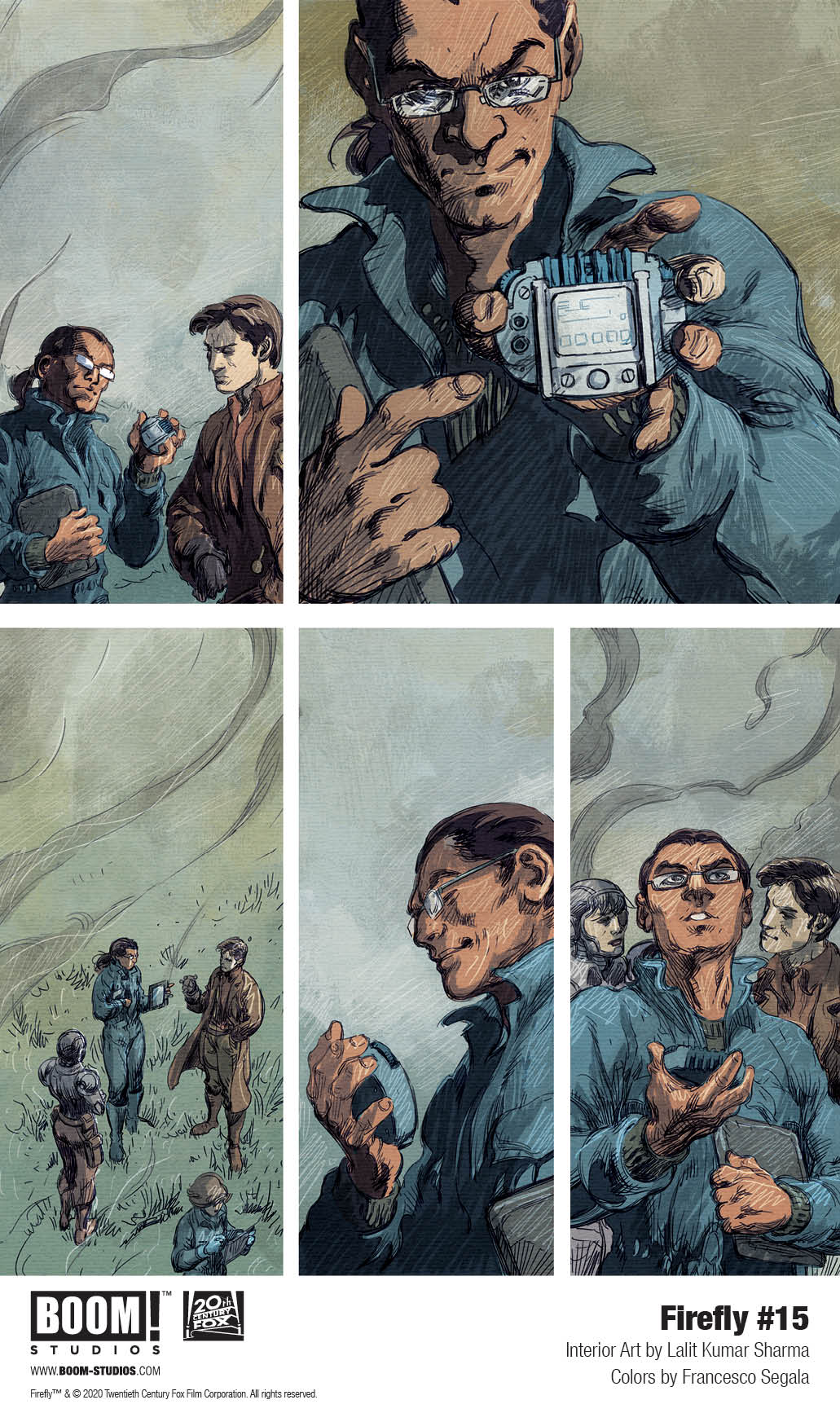