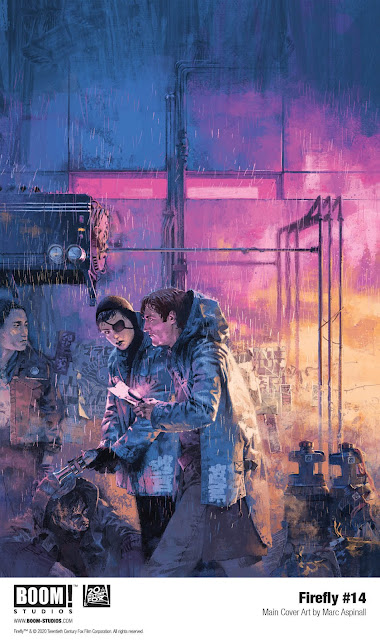 Mal matches wits with a serial killer! The newly minted Sheriff Mal (don’t call him that, though) and Boss Moon are given their first big case as local law enforcement—to hunt down and arrest a serial killer haunting their new town! As Mal and Moon dig deeper into the mystery behind the suspicious murders, a surprising new benefactor strolls in, offering new technology and new beginnings for the townspeople...all courtesy of the Blue Sun corporation.

FIREFLY #14 features a main cover by Marc Aspinall (Buffy the Vampire Slayer), along with variant covers from artist Daniel Warren Johnson (Murder Falcon) with colors by Mike Spicer, and more.

FIREFLY #14 is available February 19, 2020 exclusively in comic shops (use comicshoplocator.com to find the nearest one) or at the BOOM! Studios webstore. Digital copies can be purchased from content providers, including comiXology, iBooks, Google Play, and Madefire.

FIREFLY is the newest release from BOOM! Studios’ eponymous imprint, home to critically acclaimed original series, including Once & Future by Kieron Gillen and Dan Mora; Something is Killing the Children by James Tynion IV and Werther Dell’Edera; Faithless by Brian Azzarello and Maria Llovet; Abbott by Saladin Ahmed and Sami Kivelä; Bury the Lede by Gaby Dunn and Claire Roe; Klaus by Grant Morrison and Dan Mora; Folklords by Matt Kindt and Matt Smith; The Red Mother by Jeremy Haun and Danny Luckert; and the upcoming Alienated by Simon Spurrier and Chris Wildgoose and King of Nowhere by W. Maxwell Prince and Tyler Jenkins. The imprint also publishes popular licensed properties including Buffy the Vampire Slayer from Jordie Bellaire and David López; Angel from Bryan Edward Hill and Gleb Melnikov; and Mighty Morphin Power Rangers from Ryan Parrott and Daniele Di Nicuolo. 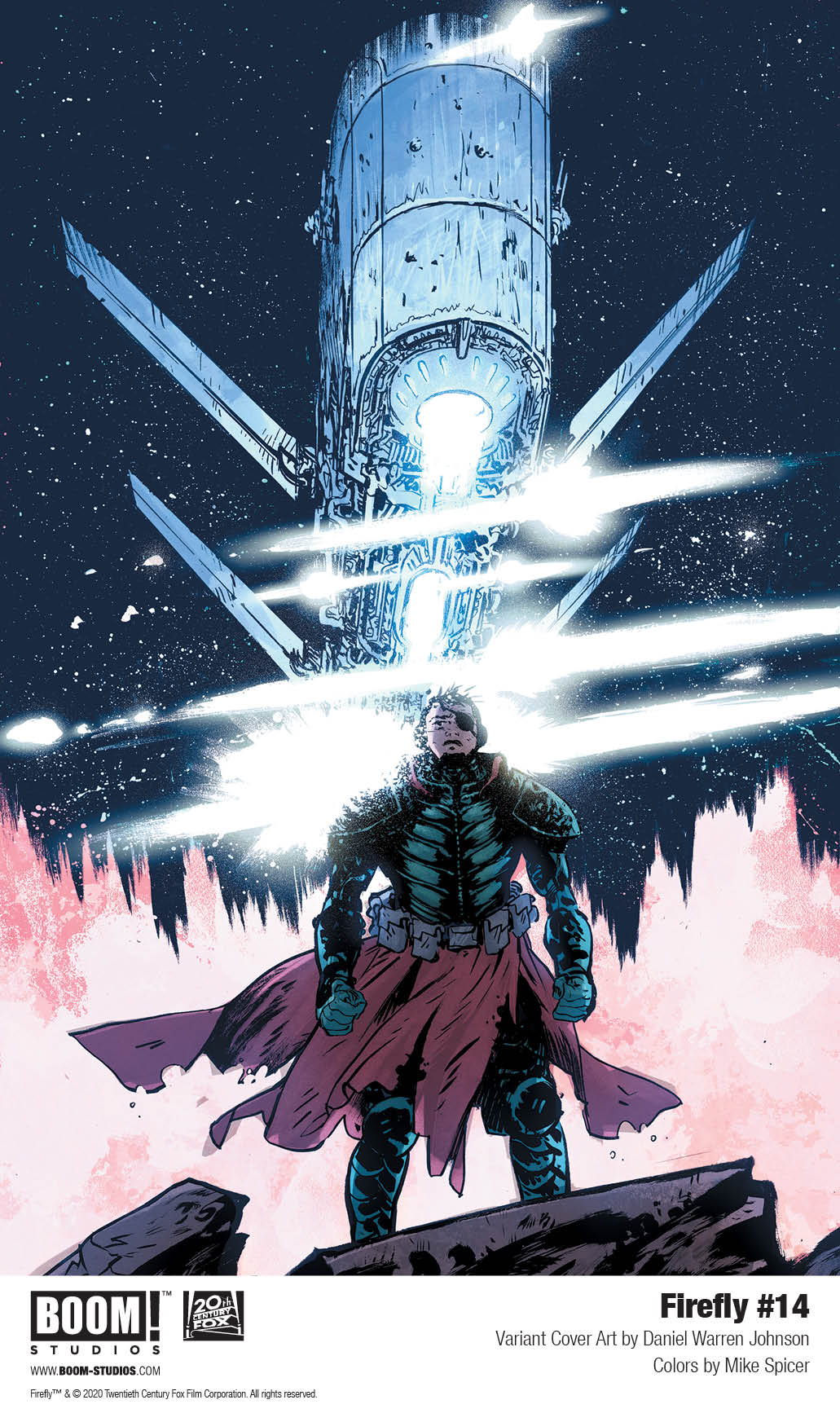 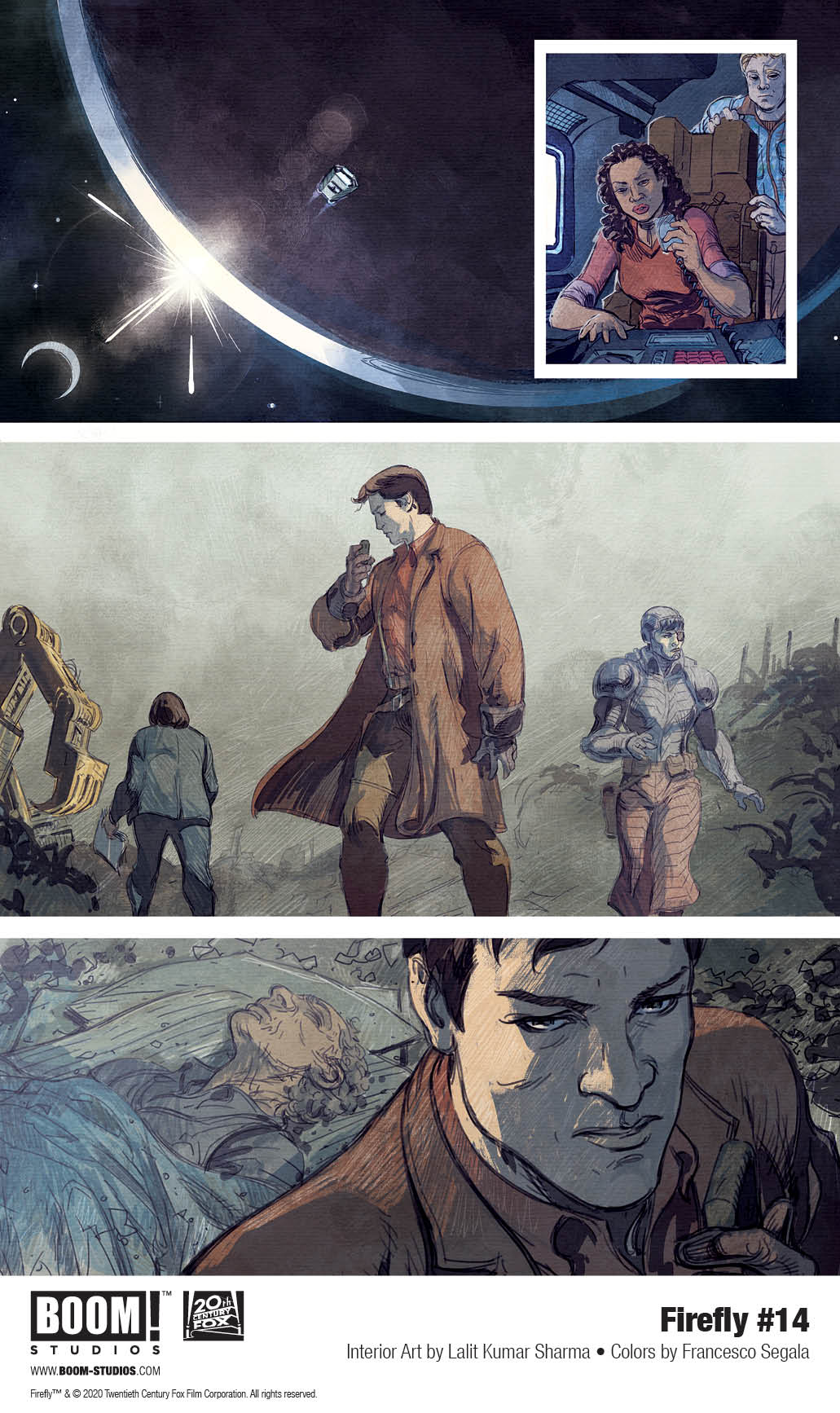 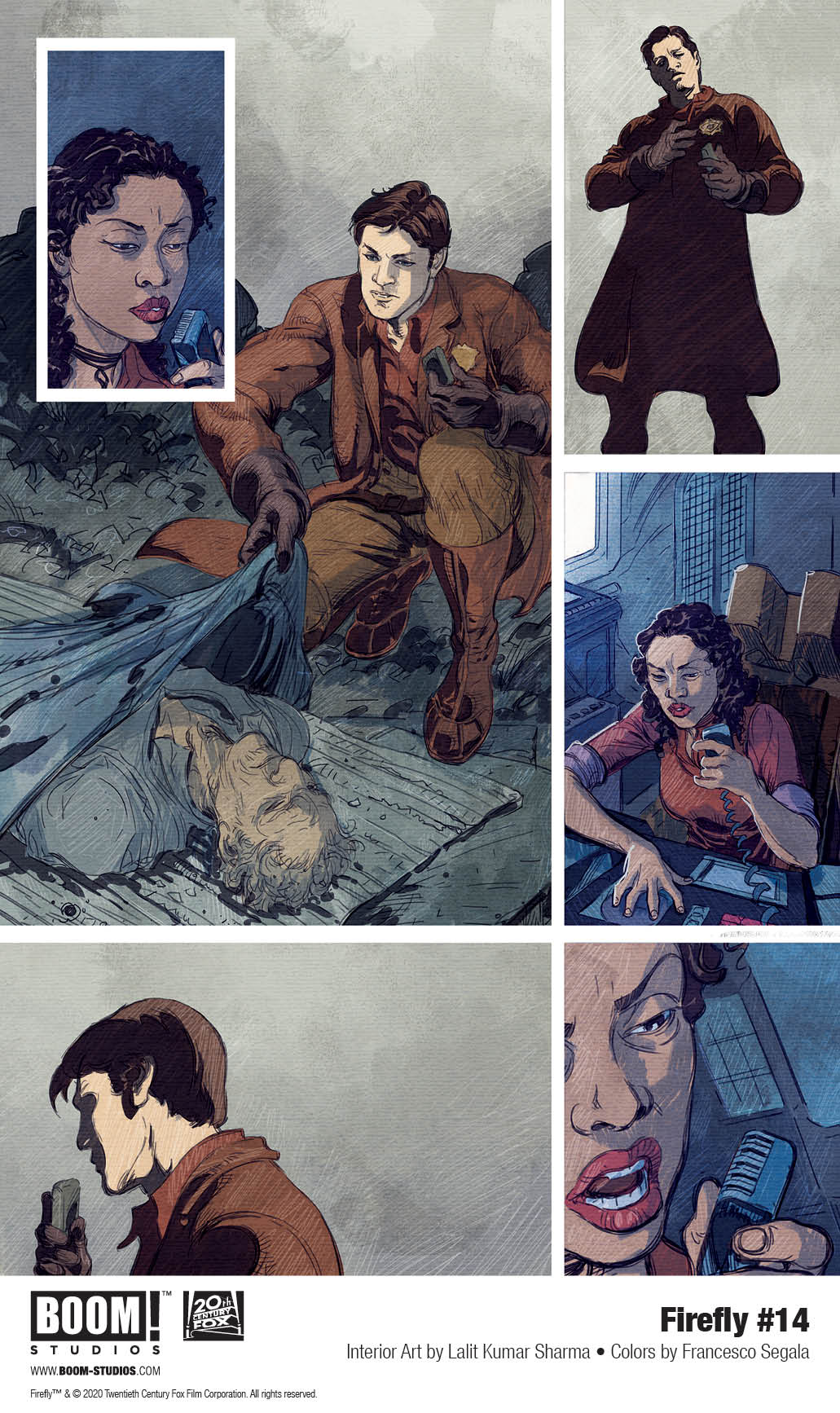 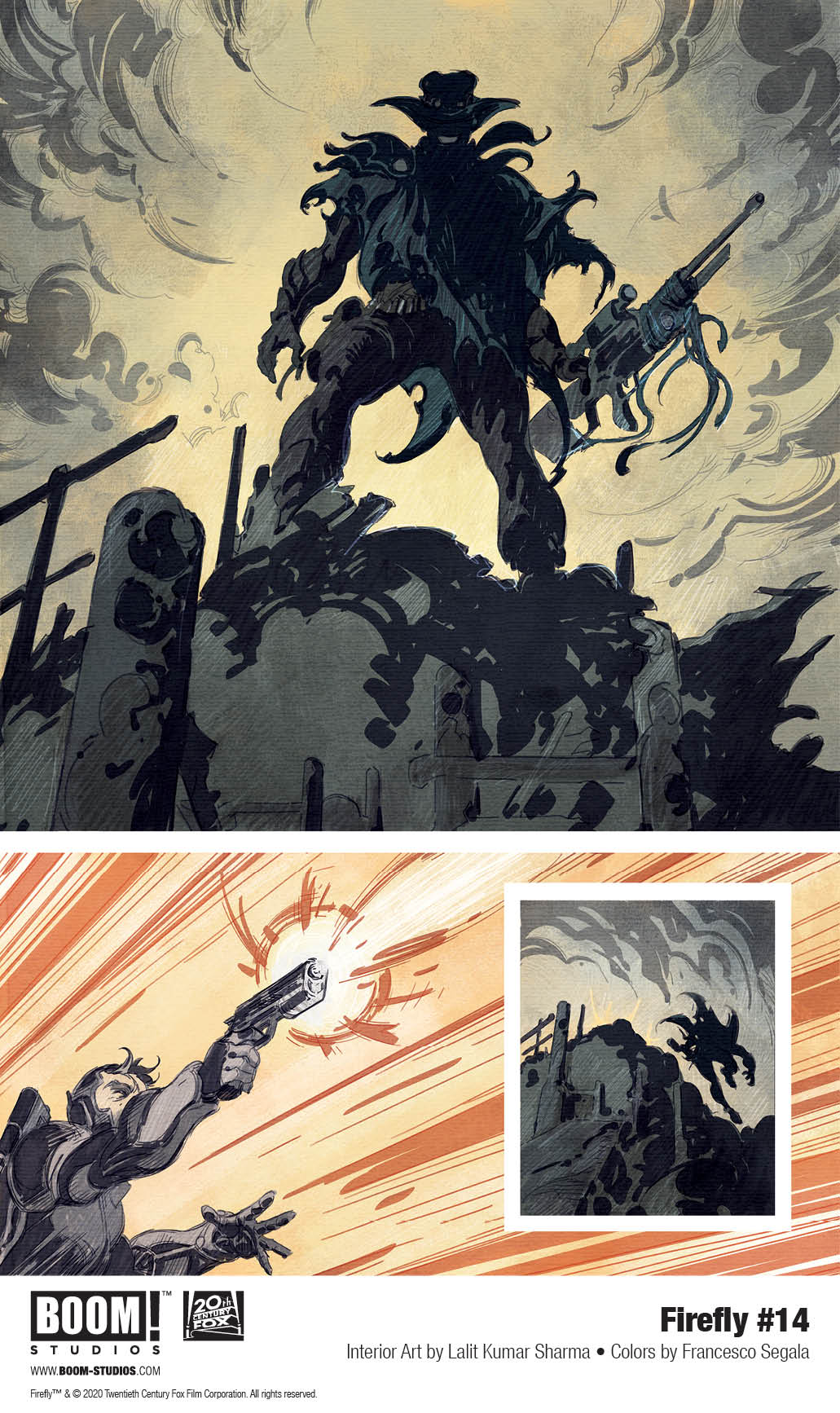 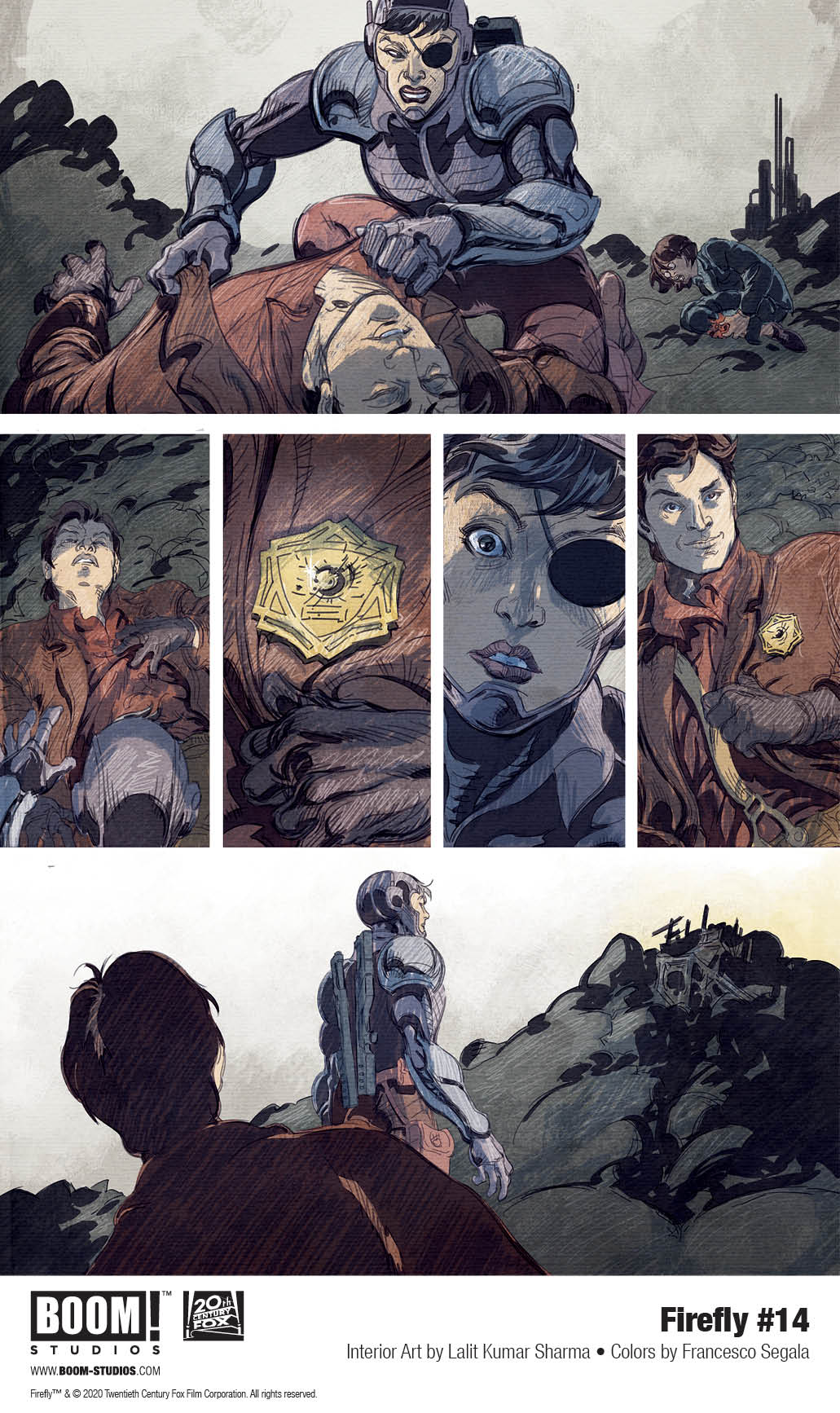