PREPARE FOR YOUR FIRST SEMESTER WITH THE STRANGE ACADEMY #1 TRAILER! 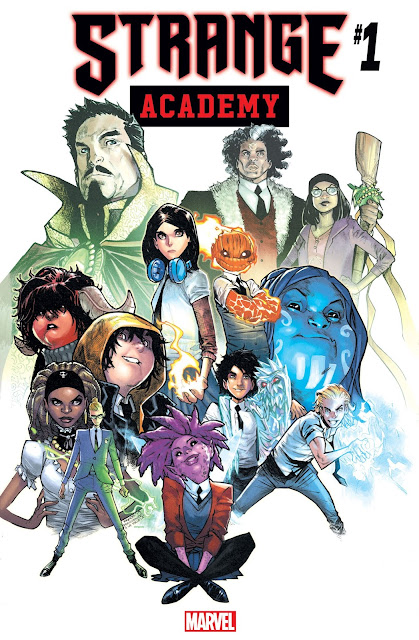 Pack up all of your textbooks and talismans; classes are about to commence! A new school for a different type of gifted youngsters is about to open in the Strange Academy #1 trailer featuring writer Skottie Young and Executive Editor Nick Lowe!

With the threat of mystical mayhem looming on the horizon, Doctor Strange enlists the magical elite to help him found Strange Academy – a place where students of any background can come to study under the planet’s most powerful mages. Can these young sorcerers learn to control their supernatural talents, or could one of them prove to be an even greater threat than what Strange has been dreading!

“It’s gonna be big and fun and magical and weird and exciting and all the things you want out of a Marvel comic,” promises Young.

“[Humberto Ramos] was already the best in the business, and now he’s upped his game times ten. It’s just unbelievable what you see on the page,” exclaims Lowe.

“The greatest thing about working at Marvel is that you get to give life to the characters you grew up with, those who inspired you,” says Ramos. “Today we have a chance to bring a new set of characters that will hopefully inspire a new generation , and it doesn’t hurt when you can do that alongside one talented as hell friend, does it?”

Strange Academy #1 by Skottie Young and Humberto Ramos is on sale March 4th in comic shops, on the Marvel Comics App, and on Marvel.com! To find a comic shop near you, visit www.comicshoplocator.com or call 1-888-comicbook.