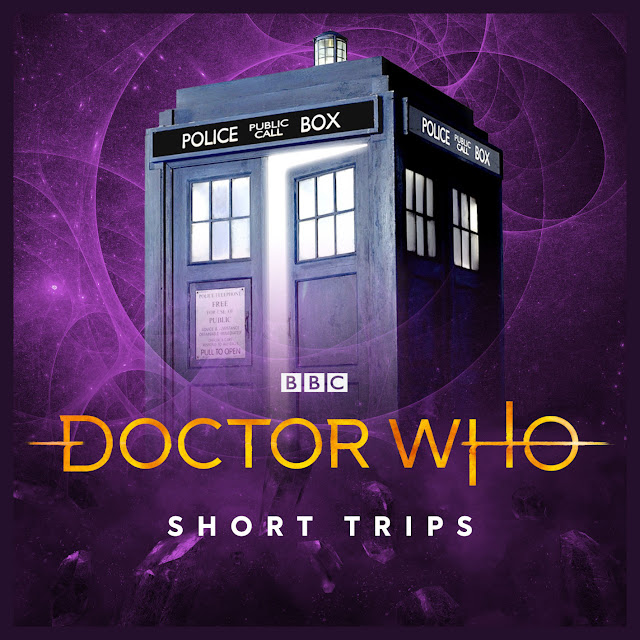 The final four Doctor Who Short Trips scheduled for release in 2020 have been unveiled. Four writers entirely new to both Big Finish and Doctor Who have penned these brand new stories.

Thrilling adventures in time and space await the Ninth and Tenth Doctors, plus classic series companions Peri Brown and Liz Shaw, as series ten of the Doctor Who Short Trips range – short stories narrated by an original series cast member – sees out the rest of the year.

Each of these quick trips in the TARDIS costs just £2.99 each, making them the perfect, low-cost introduction to the world of audio Doctor Who at Big Finish.

Her Own Bootstraps, written by Amy Veeres, performed by Jacob Dudman

Extracting a dangerous Time War weapon from an irresponsible scientist, the Doctor arrives on Krakatoa in 1883 to destroy it. Problematically, the scientist is also in Krakatoa to steal the weapon. This is where she found it before the Doctor stole it from her. Trapped in a paradox, the Doctor must overcome a future he cannot change.

A future that has already happened.

The Meaning of Red, written by Rod Brown, performed by Nicola Bryant

The TARDIS accidentally strands Peri alone on the inhospitable world of Calleto. Taking refuge with the planet’s only colonists, she waits and waits, but the Doctor doesn’t return. Her only hope lies in discovering the secrets of this planet.

UNIT’s been inundated with prank calls. Bored, the Doctor agrees to help Liz investigate. Quickly immersed in the world of phone line hackers, it is revealed that they’re being killed, one-by-one. With the death toll rising, the Doctor will have to use all his cunning and wits to defeat a foe he can’t even talk to.

He’ll also have to use a blue box. Just not the one you’re expecting.

The Time Agency has been meddling with time ever since its inception. Of all the days in history, today is a day that will define the agency forever.

Today is the day the Doctor’s shutting them down.

Producer of Big Finish’s Short Trips range, Alfie Shaw, said: “Rounding out 2020, we have four very different, but equally brilliant stories. The first is September’s Her Own Bootstraps by Amy Veeres. We’re back in the pre-Rose era of the Ninth Doctor’s life and he’s heading to Krakatoa for a journey that’s more complicated than he initially imagined.

“Then, in October, we have a Peri-centric story in The Meaning of Red by Rod Brown. Separated from the Doctor, Peri has to survive on an almost barren world. It’s a lovely character study, highlighting Peri’s determination, humanity and botany skills.

“Blue Boxes by Erin Horakova is based around the culture of ‘Phreaking’ - short for phone line hacking - which is an area, I must confess, I knew nothing about. Firmly rooted in the early days of the Third Doctor, it’s a story of intrigue, horror and heartbreak.

“Closing out the year is The Shattered Hourglass by Robert Napton. It’s the Tenth Doctor versus the Time Agency! The responsibility of time travellers is a theme Doctor Who often returns to, and was very prominent during the latter years of the Tenth Doctor’s run. Robert’s story puts that theme under the microscope, examining how the Doctor reacts to other people trying to fill that gap left by the Time Lord’s death.”

All confirmed Doctor Who Short Trips monthly releases are available for individual pre-order on download from the Big Finish website at £2.99.

Listeners can save money by pre-ordering a bundle of the full 12 episode series, at £30 per series.