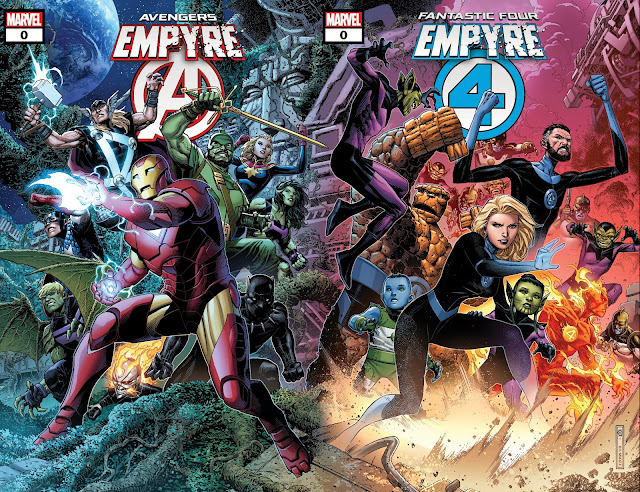 When EMPYRE #1 hits stores in April, it will be a culmination of decades worth of Marvel storytelling in an epic sci-fi tapestry that will delight both longtime comic fans and newcomers! Before the debut issue lands, two all-new essential one-shots will pave the way to this grand event: EMPYRE #0: AVENGERS and EMPYRE #0: FANTASTIC FOUR! This pair of stories will be written by the architects of EMPYRE themselves, Al Ewing and Dan Slott with art by Pepe Larraz and R.B. Silva! Fresh off their work on HOUSE OF X and POWERS OF X, these two superstar artists will once again complement eachother’s skills in mirroring stories!

In Ewing and Larraz’s EMPYRE #0: AVENGERS, old allies have returned and the Avengers are called to the new Green Area of the Moon to help face a terrible enemy. And in Slott and Silva’s EMPYRE #0: FANTASTIC FOUR, the Fantastic Four will witness the final conflict of the Kree/Skrull War and meet a long hidden Elder of the Universe… the mysterious Profiteer! Both one-shots will lay the cosmic groundwork for Marvel’s next incredible saga and feature first appearances of major new players in the Marvel Universe!

Check out the glorious connecting covers by iconic artist Jim Cheung below, and don’t miss the pivotal start to this legendary event this April in EMPYRE #0: AVENGERS and EMPYRE #0: FANTASTIC FOUR! For more information on EMPYRE, visit marvel.com. 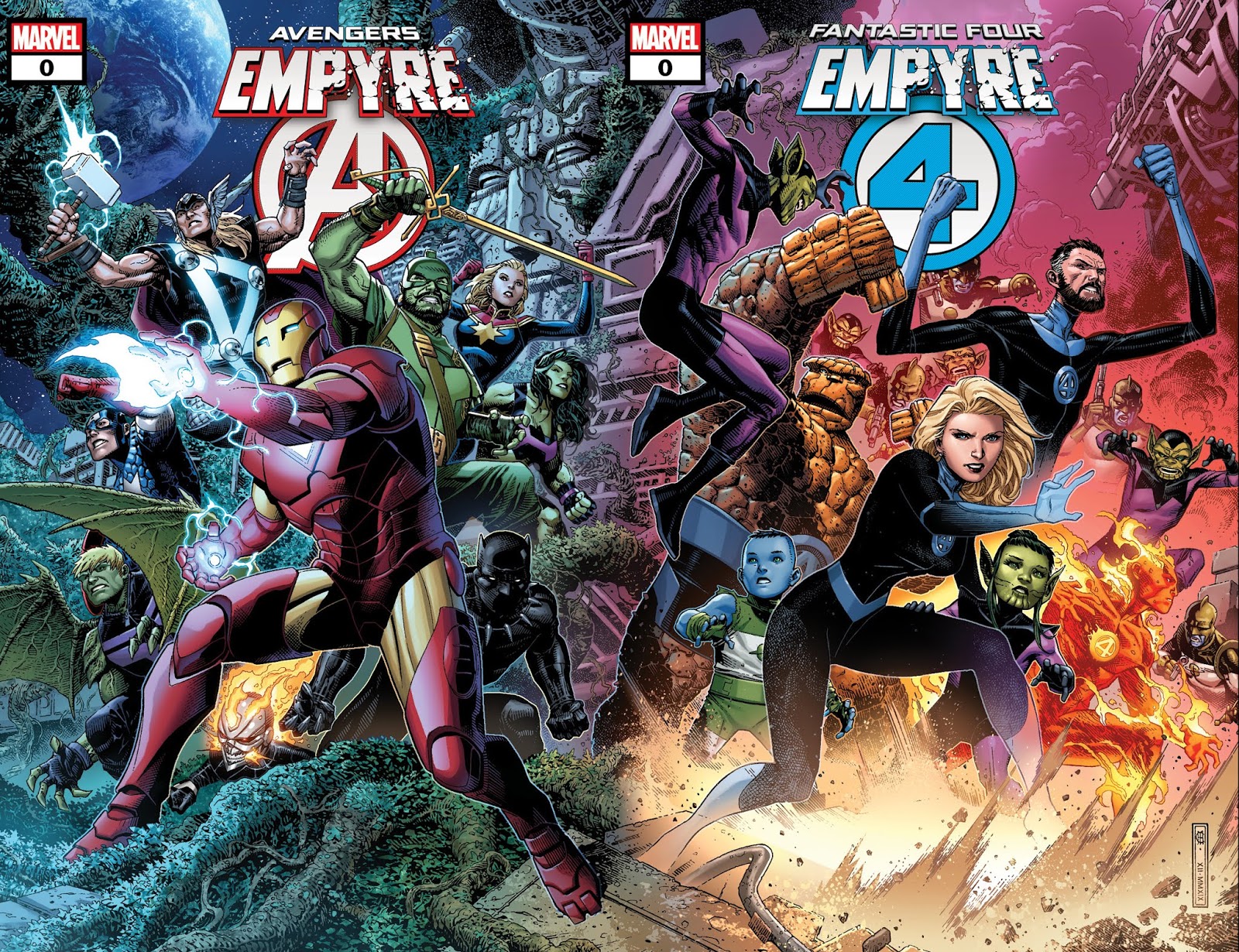 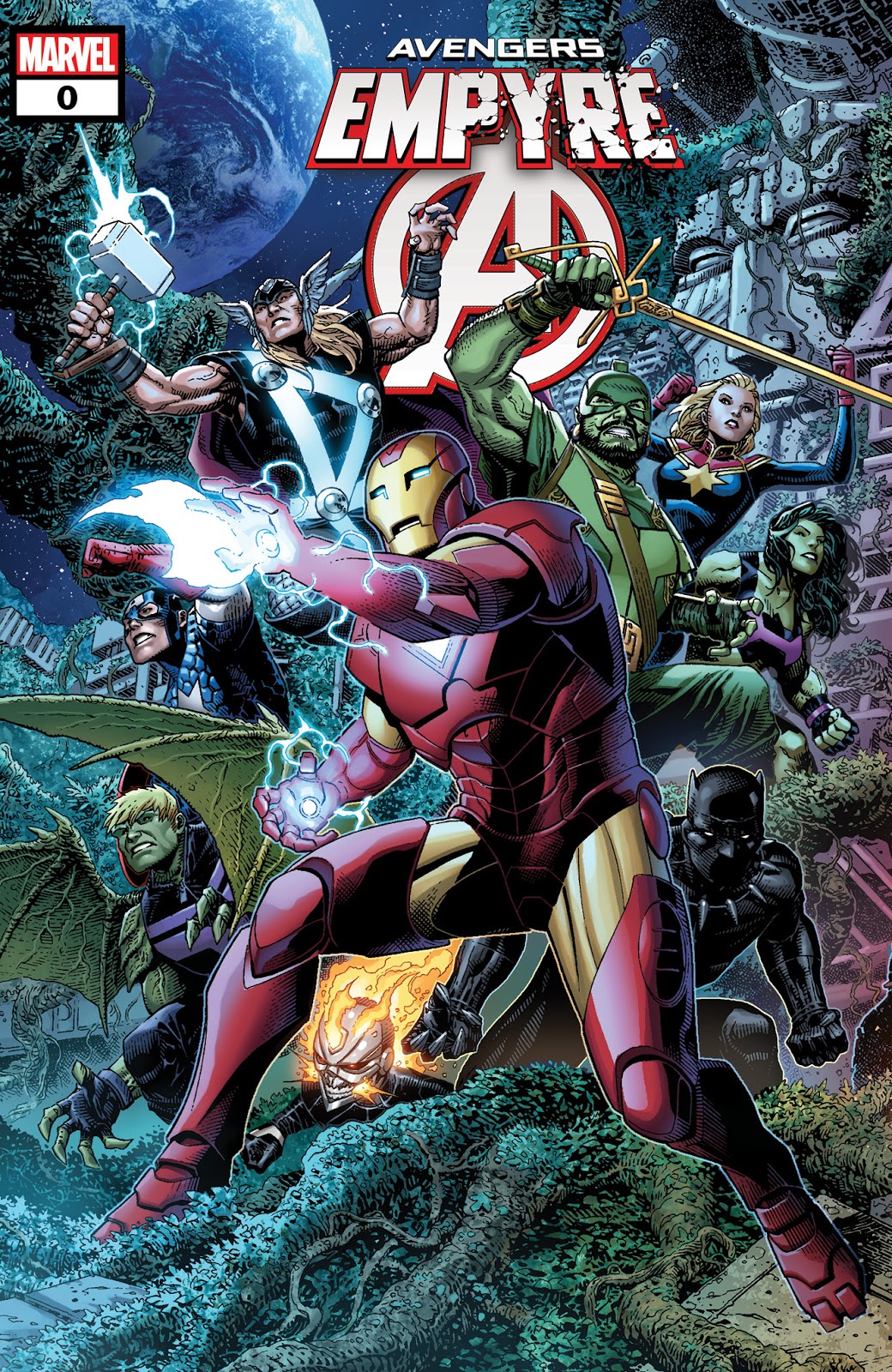 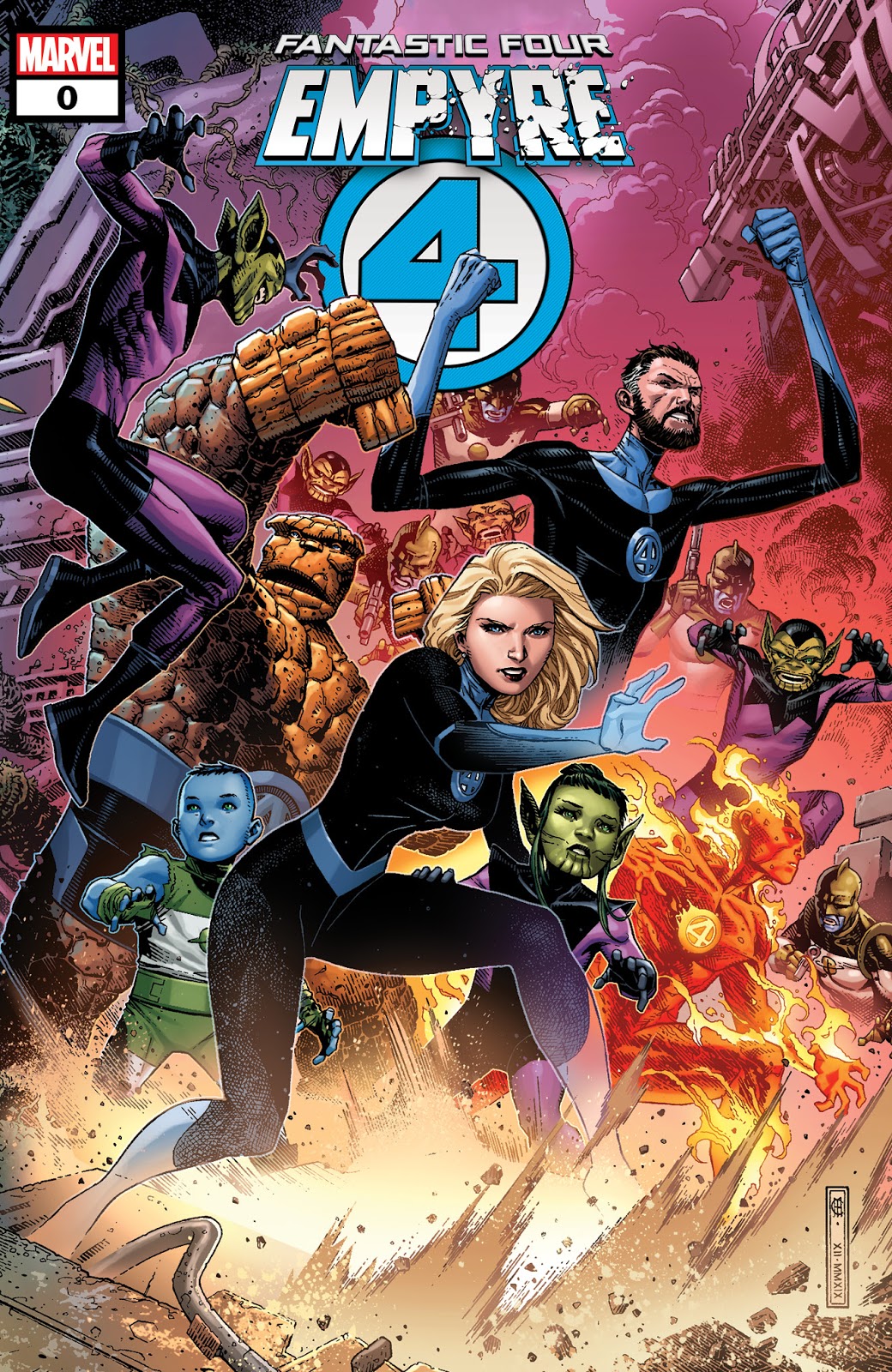