THREE NEW SERIES FOR SOME OF MARVEL'S GREATEST HEROES! 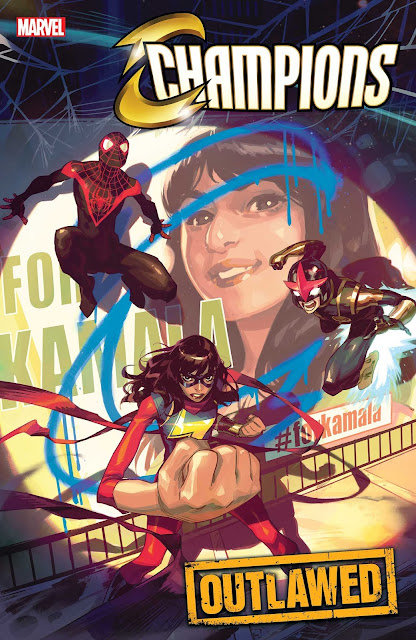 The lives of your favorite super heroes are changing forever! When a law is passed outlawing teenage vigilantes, the already-high stakes facing Ms. Marvel, Miles Morales, Ironheart, and more will suddenly be raised. The government is imposing new restrictions on Marvel’s teen heroes, but that’s just the beginning of the story. Now, it’s time for Marvel’s next generation to fight back!

Announced by Screen Rant in an exclusive interview with writer and scholar Dr. Eve L. Ewing, CHAMPIONS will be a new ongoing series spinning out of OUTLAWED. With art by Simone Di Meo, this series will be chock full of surprises as the Champions prove that despite the new law, the world needs them more than ever!

And SYFY Wire has the scoop on writer Daniel Kibblesmith and artist Luciano Vecchio’s NEW WARRIORS where fans will get to reunite with old friends and meet new ones! The series will show Night Thrasher reuniting with classic New Warriors Firestar, Rage, Speedball, Namorita and Silhouette to mentor a whole new group of young heroes. Get your first look at these mysterious new heroes, and stay tuned for more information on them in the weeks to come!

Comicbook.com has all you need to know about the new adventures of Marvel’s original team of young super heroes. That’s right – POWER PACK is back in an all-new series written by Ryan North and drawn by Nico Leon. Not quite youngsters anymore, the Power siblings will have to use their honed super hero skills to settle an old grudge while they go up against the brand–new law banning them from doing what they love!

The changes all start in March’s OUTLAWED where new rules and restrictions, unheard of since the days of Marvel’s Civil War, are imposed on the youngest heroes of the Marvel Universe. Be on the lookout for more announcements about the far reaching effects of this new status quo.

CHAMPIONS, THE NEW WARRIORS, and POWER PACK arrive in comic shops, on the Marvel Comics App, and on Marvel.com this April! For more information, visit Marvel.com. 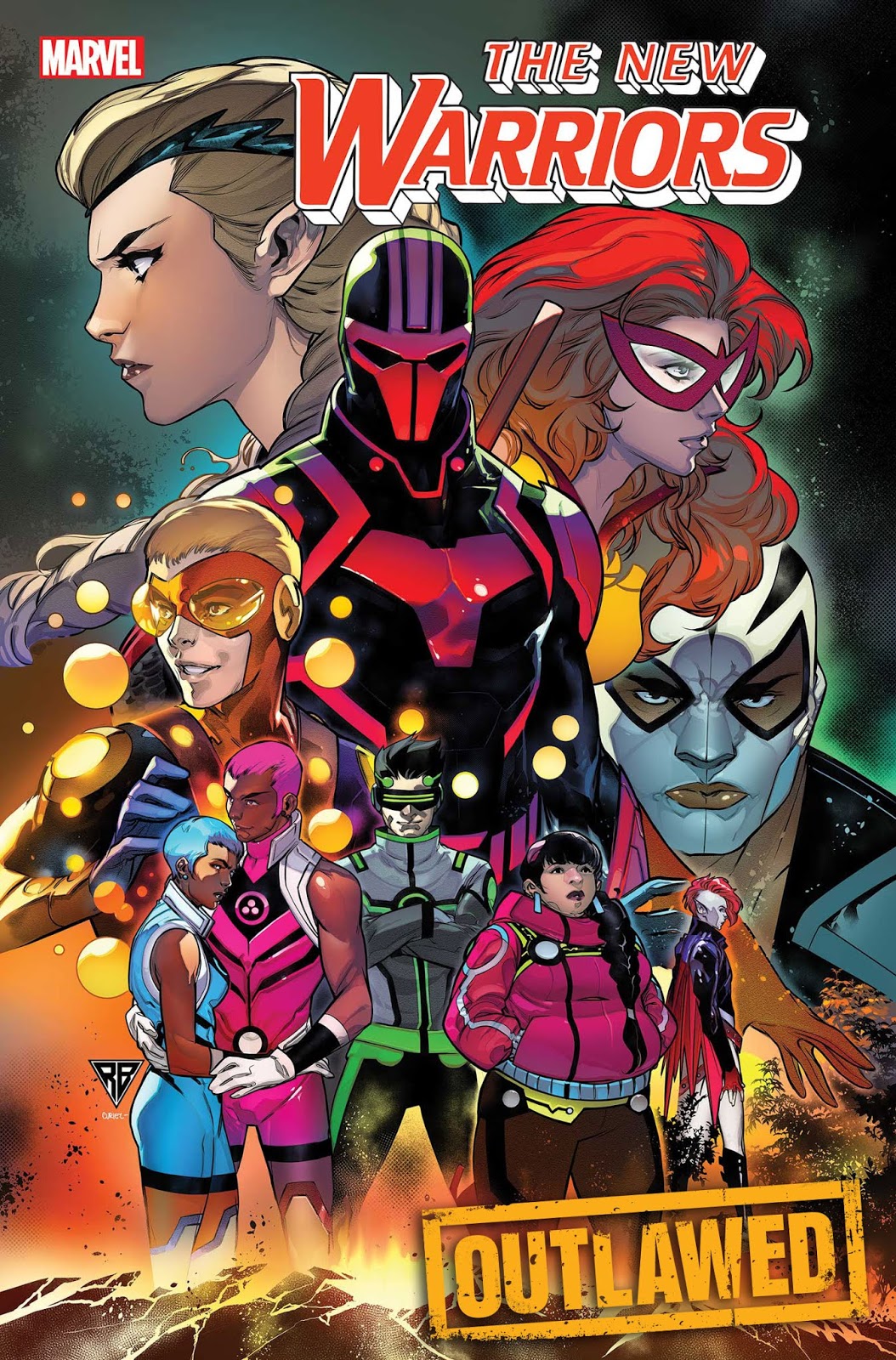 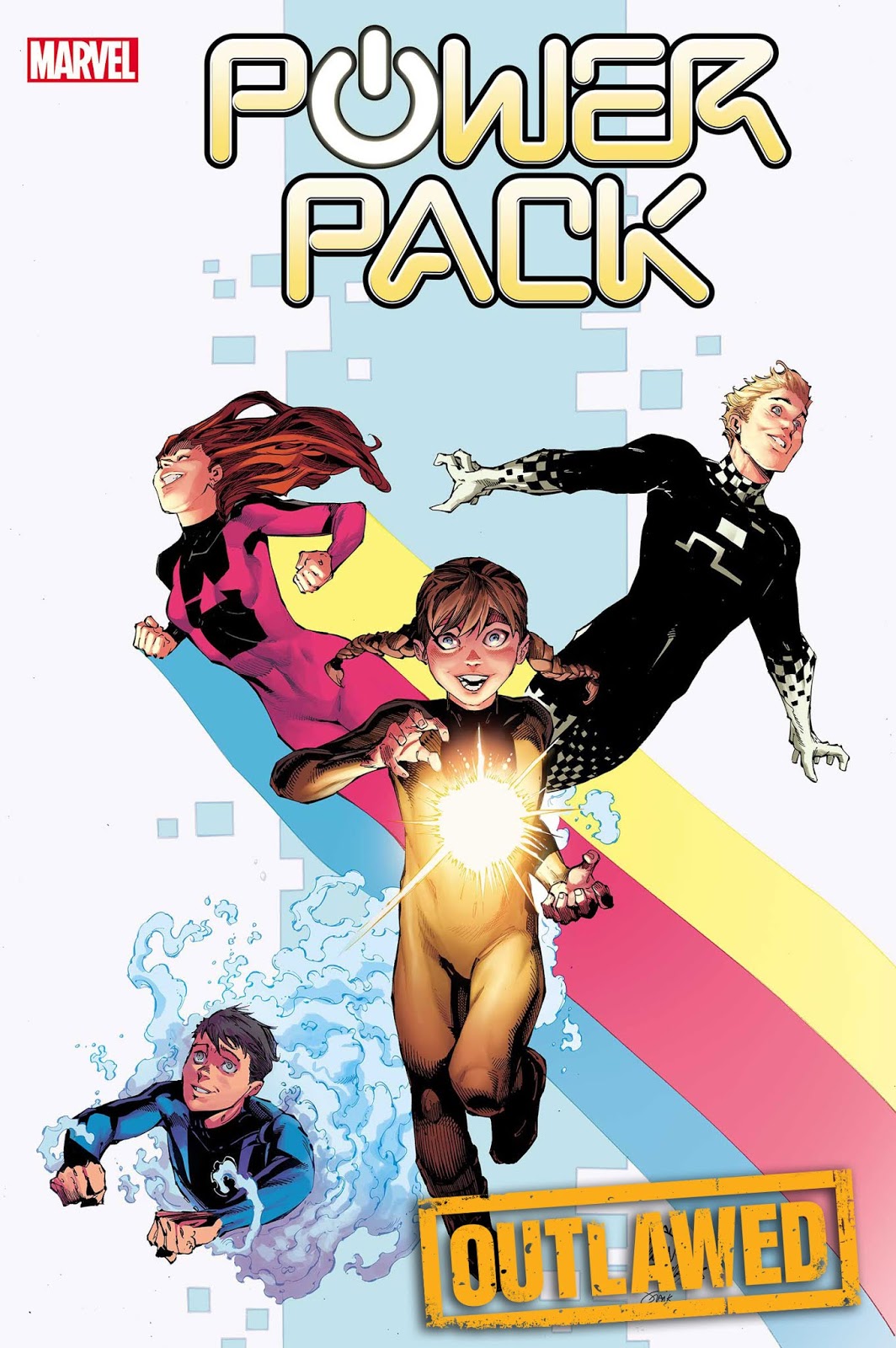