It’s a magnificent new era for Ms. Marvel and readers can’t get enough! Recently finding herself on a high-stakes space adventure, Ms. Marvel fulfilled an ancient prophecy to save an alien race from destruction. The young protector of Jersey City returned to earth victorious – rocking a brand-new costume as well! Designed by series artist Minkyu Jung, this nanotech suit of Kree origin holds many secrets and seemingly has a life of its own as a mysterious entity known as Stormranger. In the months ahead, this strange being will not only play a major role in Ms. Marvel’s adventures, but in the Marvel Universe as a whole...

Eisner Award-winning writer Saladin Ahmed began his critically acclaimed run on MAGNIFICENT MS. MARVEL earlier this year and quickly proved why Kamala Khan is one of Marvel’s most beloved heroes. With MAGNIFICENT MS. MARVEL 7, 8, and 9 selling out, Marvel is pleased to announce that these issues will be getting second printings in the new year with covers by artist Luciano Vecchio (Ironheart)! See Ms. Marvel’s new costume and meet Stormranger in Vecchio’s stunning connecting variant covers! 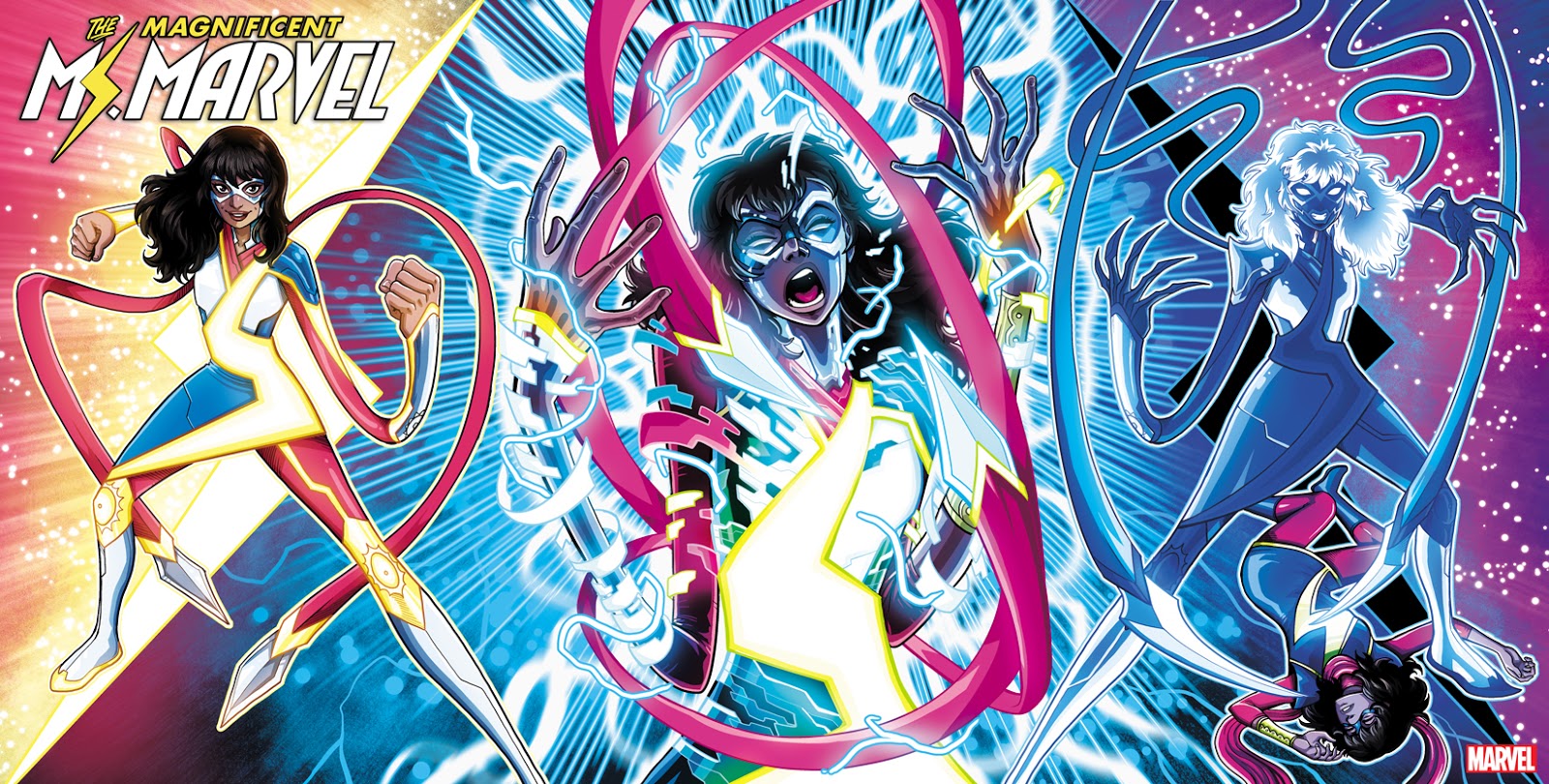