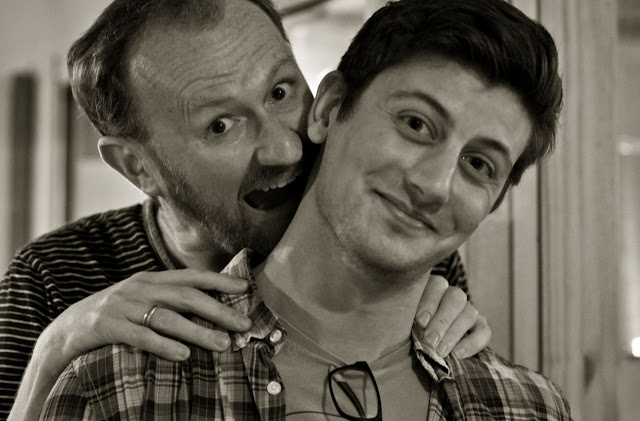 Hot on the heels of his spectacular BBC Studios/Netflix production, Mark Gatiss returns to the world of Bram Stoker’s vampire in a full cast audio production from Big Finish.

A prequel to the events of the original novel, Dracula’s Guests is adapted by Jonathan Barnes and forms the opening chapter in a trilogy of terrifying Dracula audio adventures.

Dracula's Guests will be released in February 2020 and is available now at the special pre-order price of £19.99 as a three-disc collector’s edition CD or £16.99 as a download.

Sitting in his castle like a spider in its web, Count Dracula is setting his plans in motion.

Soon he will travel to England, there to cut a bloody swathe through polite society and pit himself against a dedicated crew of vampire-slayers.

Yet before then there is much to be done. A certain artist must be brought to him and a certain portrait painted. An old tale must be told, drawn from the darkest recesses of Transylvanian history. And in faraway London an honest police detective must be corrupted and set to work in the service of the Count.

The vampire king is making preparations. And his survival will be assured – no matter the cost.

Actor Mark Gatiss said: “As a life-long horror fan, vampires – and Dracula in particular – were always my favourite of them all. Stoker very mysteriously never bothered to write a sequel, but I thought it would be quite an interesting thing to come back to. He's always coming back, isn't he? It's the point of Dracula.”

Writer Jonathan Barnes agreed: “There are so many loose strands, so many unfinished elements, so many things that are left unexplained in the original book, it seems almost to encourage us as writers to explore the world further. From that we've built up quite an elaborate story.”

Producer and director Scott Handcock added: “It was a thrill to bring Dracula back to life with our adaptation of the original novel in 2016, and an even bigger thrill when Mark Gatiss approached me a few months later asking whether we might be able to tell further tales of the Count. We’ve got some familiar faces returning, plus some fantastic new characters too, and of course, right at the heart, the ominous presence of Dracula himself, once more conjured into existence by Mark!”

Dracula's Guests will be released in February 2020 and is available now at the special pre-order price of £19.99 as a three-disc collector’s edition CD or £16.99 as a download.

Save money with the Dracula trilogy bundle (including the adaptation of the novel Dracula, and the sequel release due in September 2020, Dracula’s War) for just £53 as a collector’s edition CD box set or £45 as a download.