EMPYRE IS REVEALED IN NEW TRAILER! 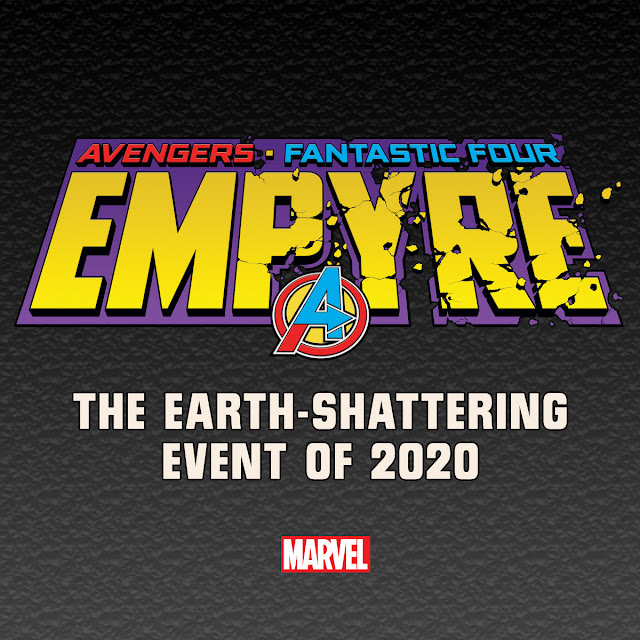 Just last week, INCOMING #1 planted the seeds for the earth-shattering event of 2020, EMPYRE! In this spectacular one-shot, readers witnessed the Kree and the Skrull unite under a new Emperor and set course for Earth. With a massive war fleet approaching, the Avengers and Fantastic Four team up for 2020 in April’s EMPYRE but will their combined strength be enough to save the day? Rooted in stories spanning throughout Marvel’s 80-year history, the massive build up to this story will only be rivaled by the enormous impact it has on the future of the Marvel Universe!

Don’t miss this Marvel tale for the ages by masterminds Al Ewing and Dan Slott with art by the incomparable Valerio Schiti. Brace yourself for the event that Editor-in-Chief CB Cebulski describes as “One of the most incredible science-fiction sagas Marvel has ever put to page!” by watching the newly revealed trailer, featuring the first look at exclusive artwork!

EMPYRE #1 by Al Ewing, Dan Slott, and Valerio Schiti arrives in April in comic shops, on the Marvel Comics App, and on Marvel.com! To find a comic shop near you, visit www.comicshoplocator.com or call 1-888-comicbook.