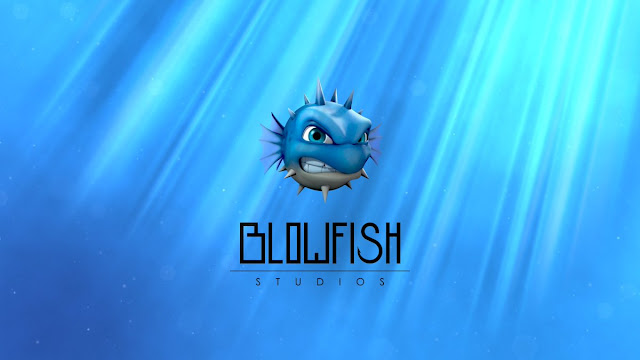 Valiant Entertainment is teaming up with Blowfish Studios to develop a slate of all-new action-packed video games featuring the popular characters from Valiant's Superhero Universe. This will mark the first multi-platform Valiant video games since Acclaim's acquisition of the company back in the '90s.

Valiant Entertainment is home to the third-largest connected universe in comics, behind Marvel and DC, with over 2,000 characters. Since DMG Entertainment's acquisition of Valiant in late 2018, the global media and entertainment company has proven its ambitious plans to grow its presence in Hollywood, making its first foray into theaters this coming February with the much-anticipated release of Sony's "Bloodshot" starring Vin Diesel.

In addition the the newly announced video game partnership, Valiant has multiple projects in the works, including an upcoming "Harbinger" feature with Paramount Studios and a "Quantum & Woody" TV series to be executive produced by the Russo Bros. On the publishing side, Valiant's comic sales have risen 10% this year, along with six Valiant titles cracking the top 100.

"We're thrilled to bring Valiant's characters back into the video game industry and give fans the opportunity to play as their favorite superheroes," said Dan Mintz, Founder and CEO of DMG Entertainment. "Translating these characters and stories to video games could not come at a more exciting time as we introduce the world to the Valiant Universe on the big screen with the Bloodshot release. These games are poised to become further proof of these characters' immense potential as anchors in pop culture."

"Getting the chance to work with Valiant's Universe will certainly bring forth some refreshing new experiences for fans and gamers alike to explore," stated Michael Bolden, Head of Publishing at Blowfish Studios. "I've always been a fan of characters like Ninjak, Bloodshot, and X-O Manowar. Valiant's Universe presents a wealth of unique characters and rich stories that we look forward to introducing to fans as an interactive experience worldwide."

The video game developer is delving deep into the history of the Valiant Universe to craft an exhilarating adventure for fans. "Valiant is a mainstay of superhero fiction, and with their amazing history in comics and games I am excited to bring their next game to life," remarked Ben Lee, Managing Director at Blowfish Studios. "We look forward to sharing our vision of the Valiant Universe to gaming fans worldwide."