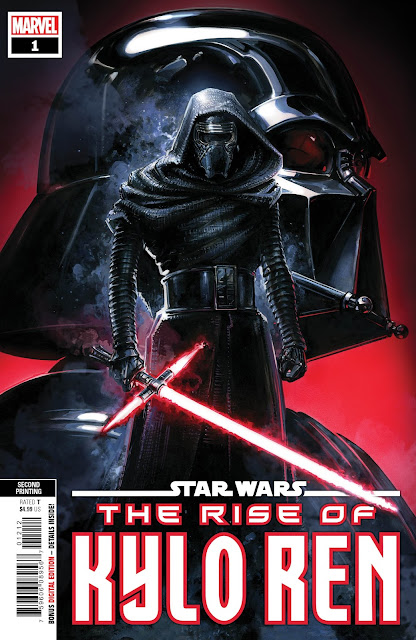 STAR WARS: THE RISE OF KYLO REN #1, written by Charles Soule and drawn by Will Sliney, hit stores today, allowing fans to finally witness Ben Solo’s tragic turn to the dark side, meet the mysterious Knights of Ren, and see a fascinating new side of the enigmatic Supreme Leader Snoke. Both critics and fans have highly anticipated this epic story, and with STAR WARS: RISE OF KYLO REN #1 already sold out, Marvel is thrilled to announce that the first issue will be returning to comic shops for a second printing!

“I can’t believe that I’m the guy who gets to write that,” Soule told StarWars.com. “Of course I had been thinking about it on a fan level from the minute I saw The Force Awakens and The Last Jedi, but the idea that I would be writing it down was never in my mind until this past summer. And then I just dug in as hard as I could to really try to make a really good Star Wars story… It was about creating a story that felt epic and above all emotional for Ben Solo because this transition, this turn to the dark side has to be as good and stand at the same level as some of the other big turns to the dark side we see.”

Don’t miss this key chapter in the Star Wars saga that will shed light on some of the franchise’s most outstanding mysteries!