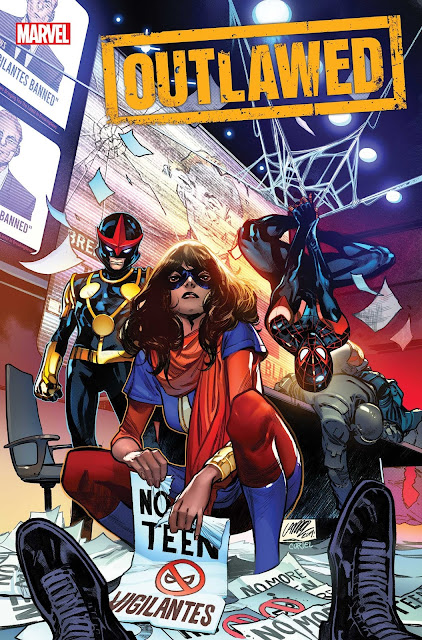 This March, Marvel’s brightest heroes will defend their very right to save the world in OUTLAWED, an event one-shot that will kick off one of 2020’s biggest events! Announced this morning by A.V. Club, a devastating tragedy causes the government to crackdown on young vigilantes, sending shockwaves throughout the entire Marvel Universe. With various stories spinning out of it throughout next year, OUTLAWED is just the epic beginning of a bold new era for Marvel’s most promising heroes!

With the lives of Marvel’s most popular heroes from Miles Morales to Ms. Marvel thrown into chaos, OUTLAWED will raise tough questions that Chicago-based writer and scholar Dr. Eve L. Ewing (IRONHEART) is more than ready to tackle. “To me, this story isn't just about young people being in conflict with the government, but much bigger questions about what we ask of young people, how they're expected to be independent sometimes and subservient other times,” Ewing said in an exclusive interview with A.V. Club. “Every era of history brings new challenges, and young people today are coming of age… yet we often don't recognize their wisdom and their insights. It's like we get above a certain age and lose all empathy. I just wanted to explore that tension, and them being superheroes really ups the stakes because they're literally out there saving lives every day, but aren't seen as full people or full citizens. AND, at the same time, maybe the law is a good idea? Maybe it really is for everyone's protection? It's intentionally kind of morally ambiguous.”

“We’re bringing the next generation of heroes to the forefront in a major way and swinging for the fences in terms of story, stakes and scale,” added Editor Alanna Smith. “OUTLAWED introduces an ongoing status quo that will be reflected in books across the line—almost every active character who’s under 21 (and even a few who are older) will be affected by the decisions made in OUTLAWED, and they won’t all agree on whether the new world order is good or bad. But there are real, serious consequences now for those who go against the ruling passed down in OUTLAWED, and it’ll interfere with their lives in a way they’ve never experienced, leading to some really interesting stories.”

For the full interview, chock full of insights from Ewing, Smith, and superstar artist Kim Jacinto, visit A.V. Club. OUTLAWED #1 by Eve L. Ewing and Kim Jacinto is on sale this March! To find a comic shop near you, visit www.comicshoplocator.com or call 1-888-comicbook. 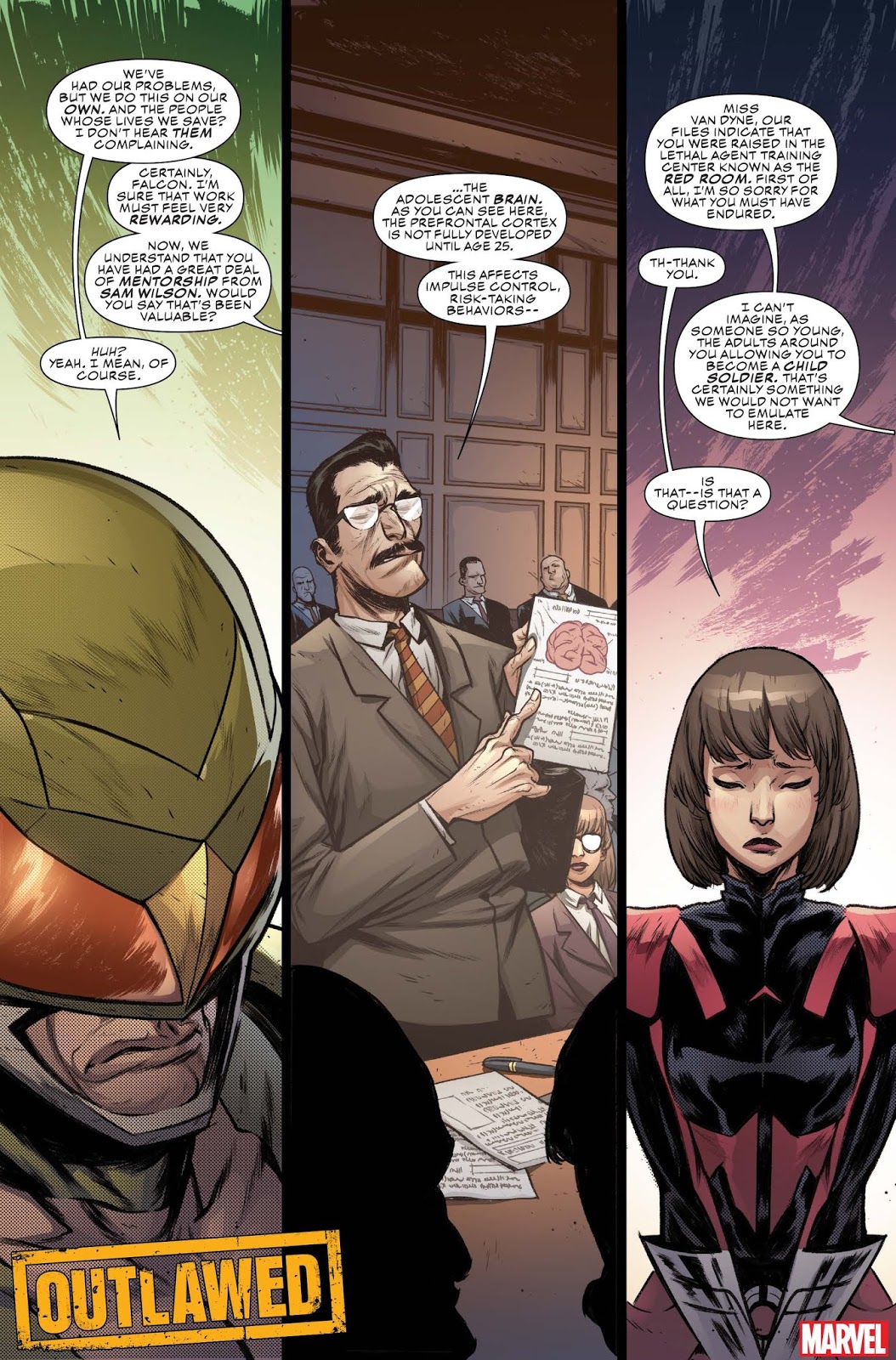 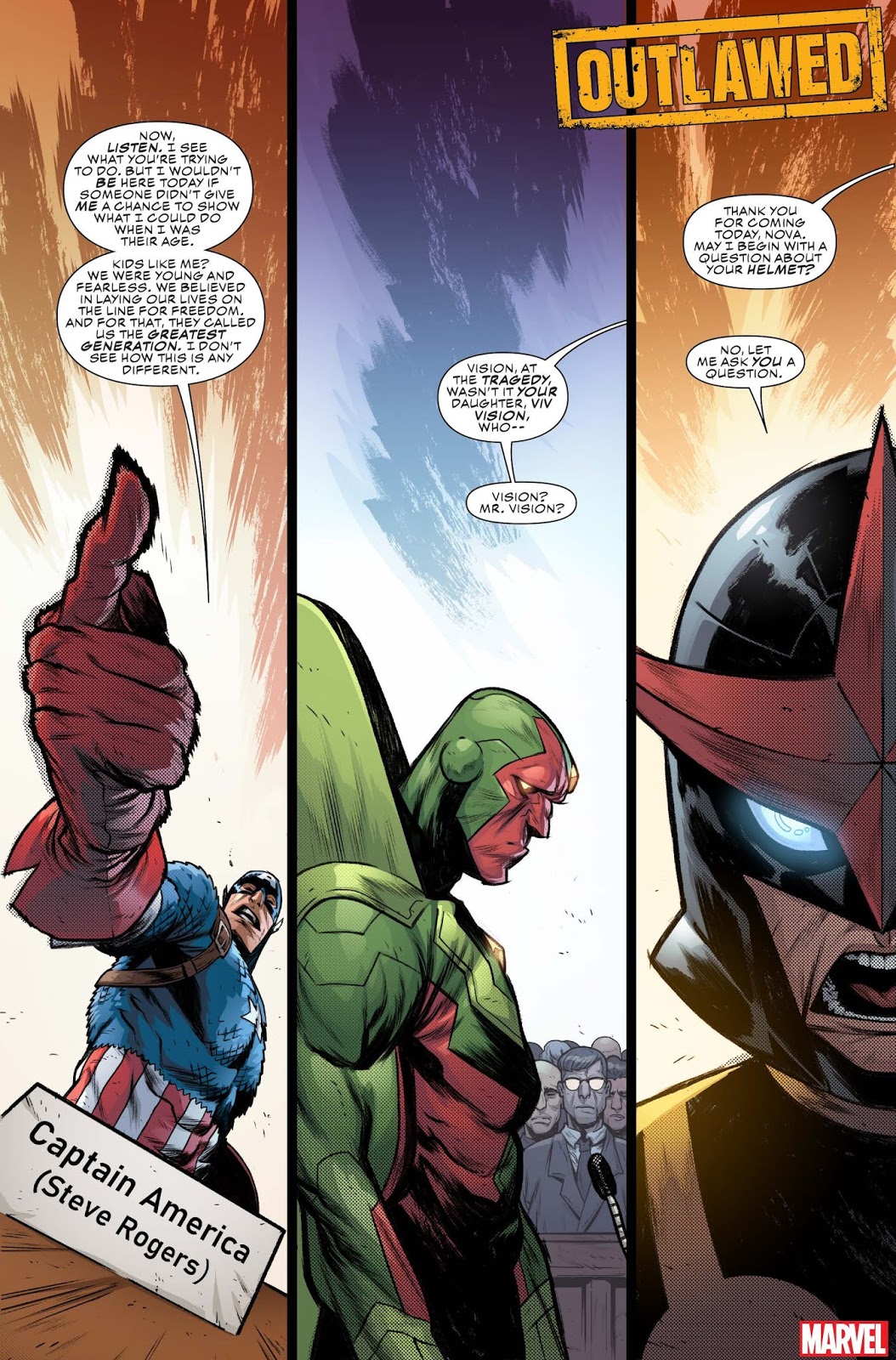 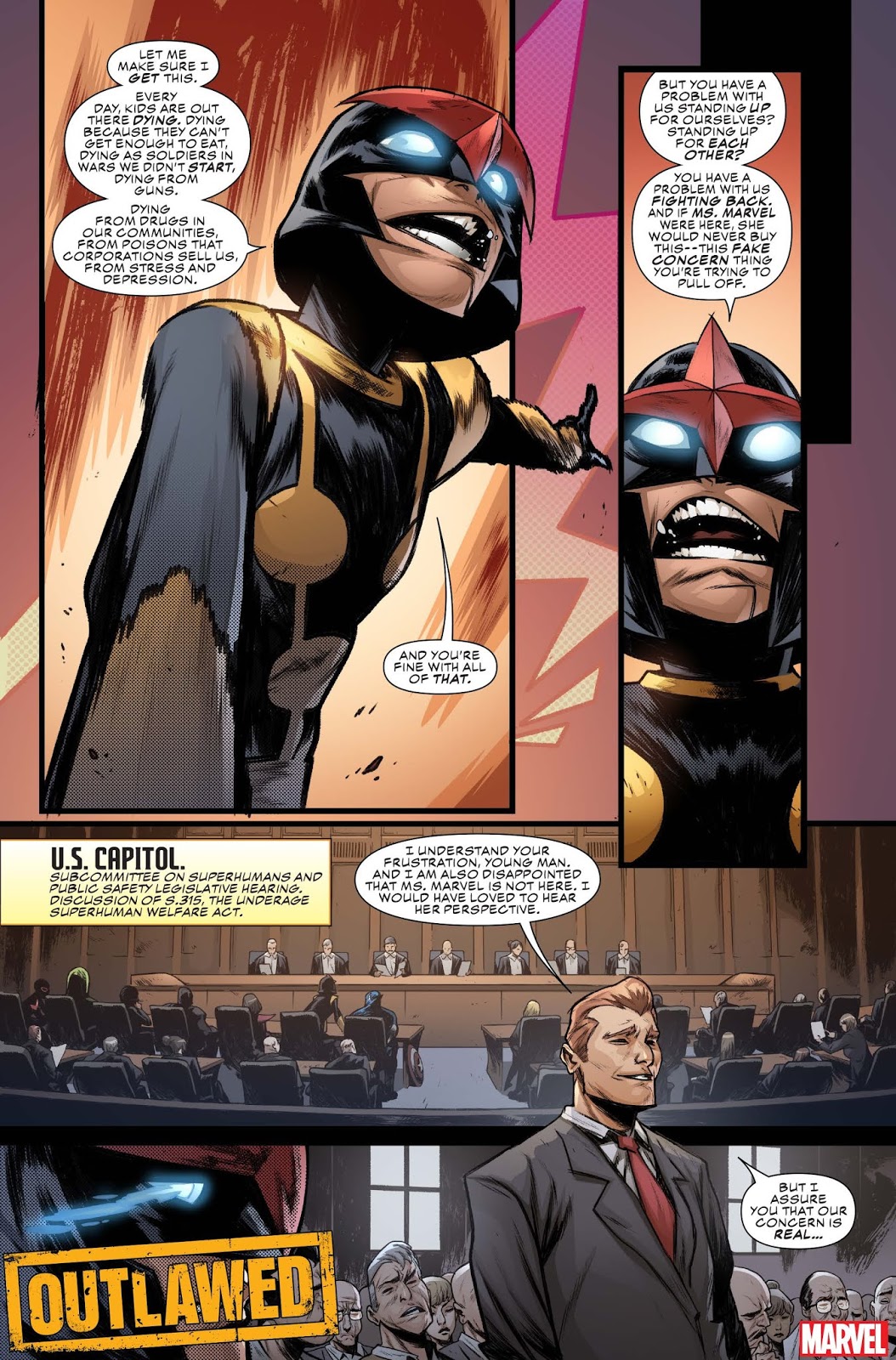 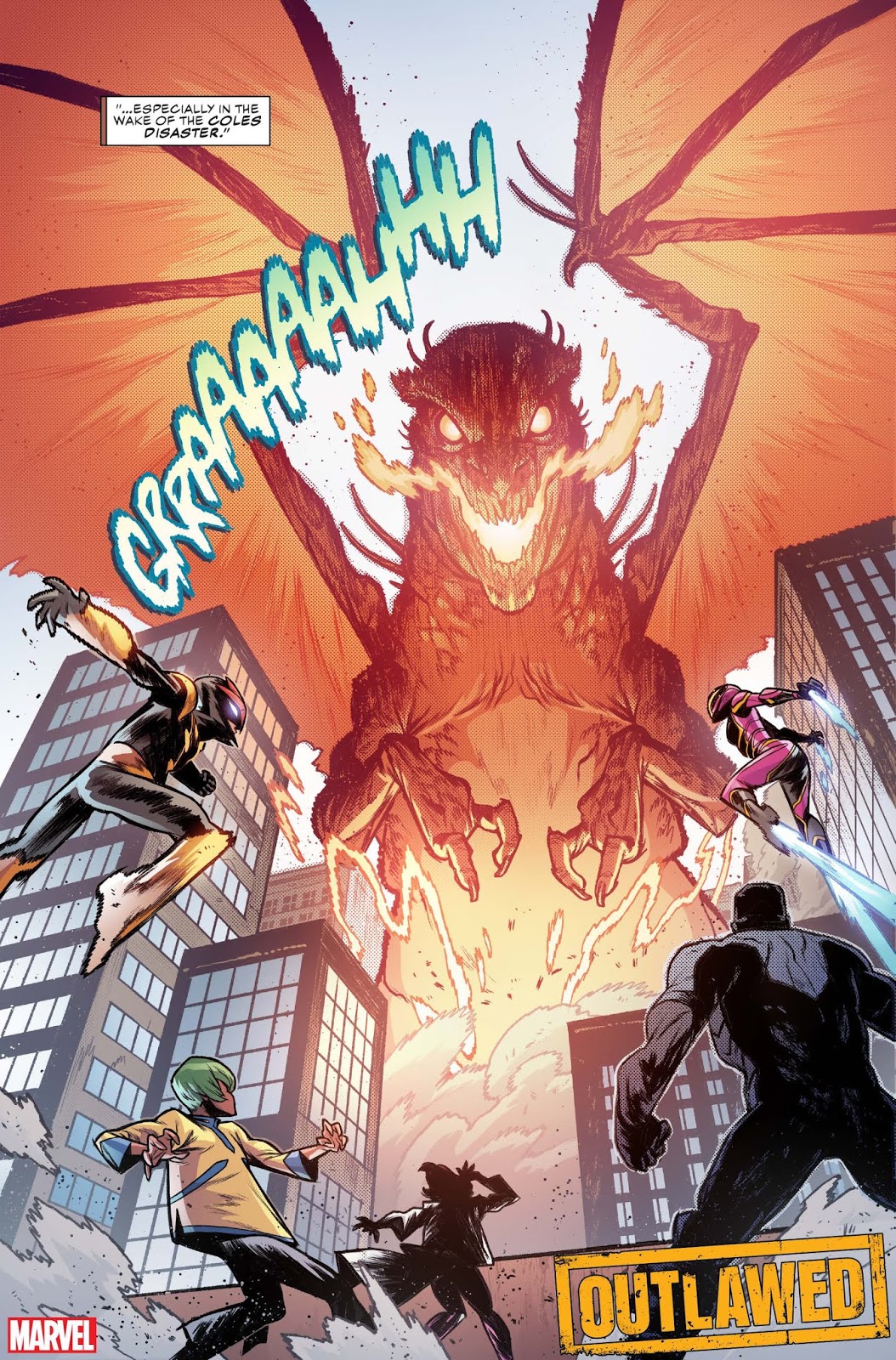