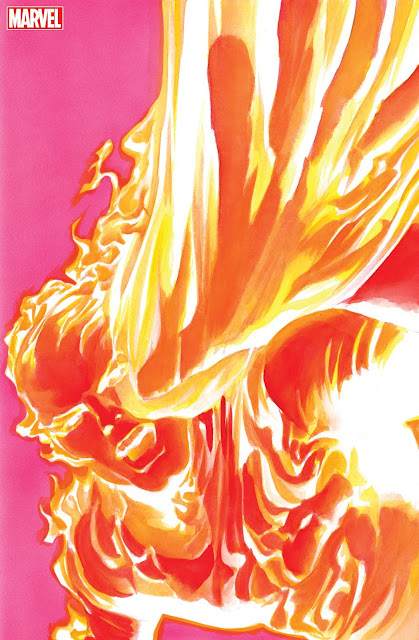 Last week, Marvel announced MARVELS SNAPSHOT, a new series from MARVELS co-creator Kurt Busiek that brings together incredible creative teams to tell new tales showcasing Marvel’s greatest heroes! The series debuts in March with a golden age romp by Alan Brennert and Jerry Ordway before this epic tour through the Marvel Universe continues later that month with MARVELS SNAPSHOT: FANTASTIC FOUR! This second installment will take readers into the zany silver age, turning the spotlight on the Fantastic Four’s own Human Torch in a story by comic book creators Evan Dorkin and Sarah Dyer. Known for books like Beasts of Burden as well as writing credits on animated series like Space Ghost: Coast to Coast and Superman: The Animated Series, this duo feels right at home penning this classic tale rooted in the Marvel mythos!

“I'm still blushing that Kurt chose Sarah Dyer and I to tell one of the MARVELS SNAPSHOT stories, especially this one, because the Fantastic Four was my favorite super hero team book as a kid, and MARVELS did a great job of showing how the larger-than-life Marvel characters affect the average person on the street,” says Dorkin. “We're trying to do right by both series, packing the story with as much heart, wonder and fun as we can for both older and newer fans to enjoy.”

FANTASTIC FOUR: MARVELS SNAPSHOT reunites Dorkin and Dyer with artist Benjamin Dewey who brings this tale to life with the acclaimed art he’s known for from books like The Autumnland and Beasts of Burden.

“Teaming up with Kurt, Evan, and Sarah is delightful, challenging and a real education in the deep-cuts lore of characters I thought I knew! I’ll do my best to bring the same spark of joy and enthusiasm to the art that has clearly gone into the writing process,” says Dewey. “Ultimately we want to offer a story that gives fans a different angle on a beloved comics universe that they might not get from any other project.”

All curated by industry legend Kurt Busiek, this extraordinary series is sure to be a modern classic! Here’s what Busiek had to say about the passion project:

“I was thrilled to get the chance to do MARVELS SNAPSHOTS — to get a look at the Marvel Universe through a variety of eyes, from people who know the super heroes personally to people inspired by them, scared by them…even one who eventually joins them.

“In MARVELS SNAPSHOT, we range through time, getting a look at the Marvel Universe from the very early days (as in Alan Brennert and Jerry Ordway’s Sub-Mariner story), through the dawning days of the Marvel Age, up through events of the 1970s, 80s, all the way up to today. And I went out looking for a wide variety of creators to do a wide variety of perspectives. I wanted lots of different approaches, and I was delighted that so many creators I admire were willing to join in, from longtime pros to relative newcomers, and from Marvel mainstays to those who’ve done very little with Marvel before.

“In the second MARVELS SNAPSHOT, I asked Evan Dorkin and Sarah Dyer to write about the Human Torch’s ten-year high-school reunion as seen through the eyes of his ex-girlfriend Dorrie Evans, because they’ve done such warm, human, affecting work on material from Superman: The Animated Series to the awesome Beasts of Burden to Evan’s pop-culture-obsessed Eltingville Club stories, and I knew they’d embrace the crazy minutiae of comics history but bring that sense of heart and emotion to it. And I couldn’t get anyone better to draw it than Benjamin Dewey, bringing his impeccable craftsmanship and rich sense of character to the story.

And this is just the start — we’ve got plenty more to come!”

This eight-part series will be released twice per month over the course of four months and will feature new painted covers by the legendary Alex Ross. Be on the lookout for news about upcoming titles in this landmark series. Which of Marvel’s many great moments will readers get to dive into next? 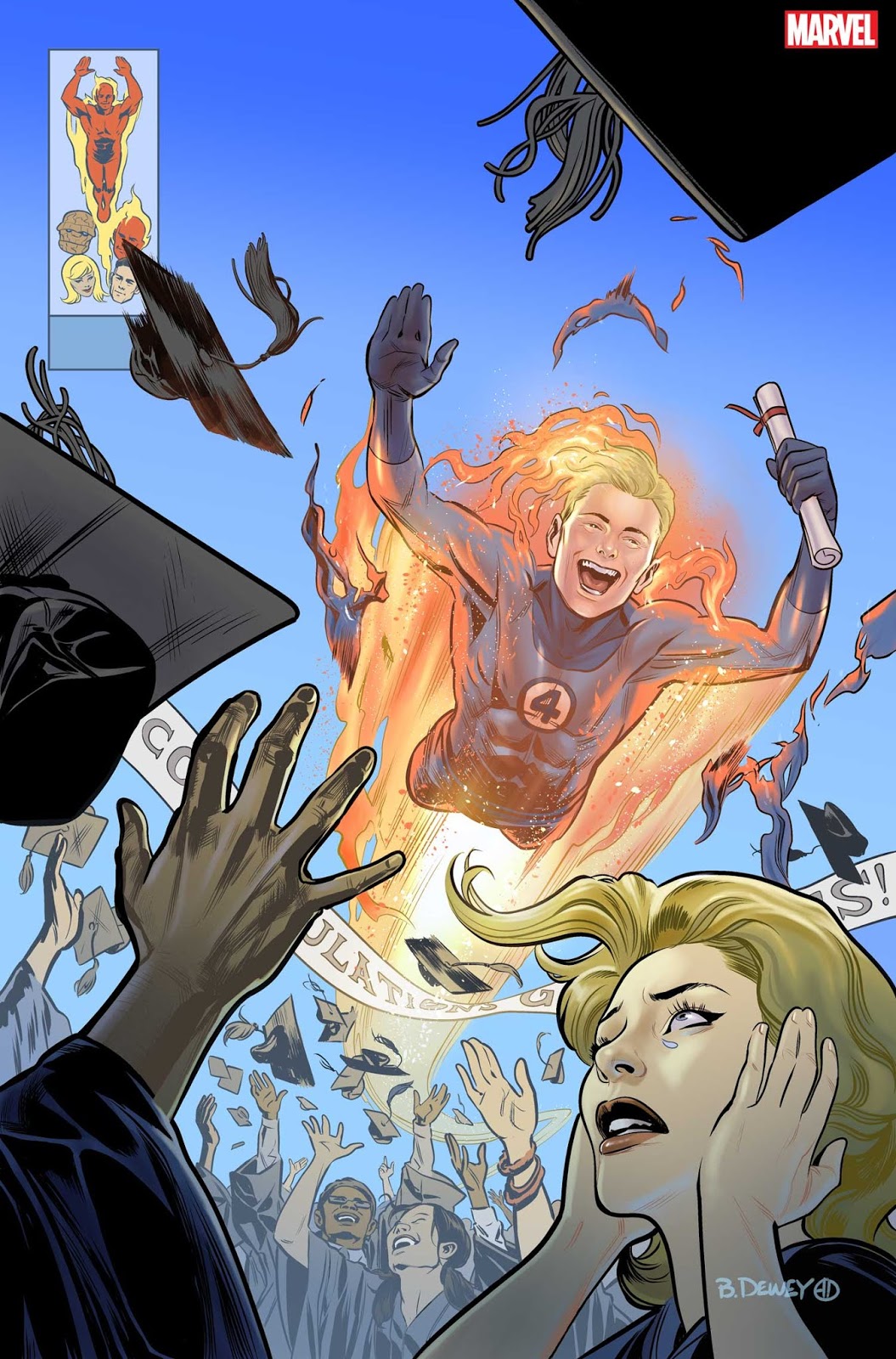