A NEW DAWN IS FORGED IN THE EXCALIBUR #1 TRAILER! 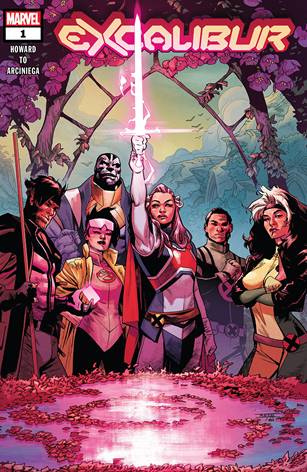 The next Captain Britain has been chosen! Betsy Braddock now bears the mantle, and she’s leading her allies in defense of Avalon amidst Jonathan Hickman’s new status quo for mutantkind. So get ready for a cross-dimensional caper with this launch trailer featuring Editor in-Chief C.B. Cebulski, Senior Editor Jordan D. White, and writer Tini Howard!

The Otherworld is rocked by war! The wicked sorceress Morgan le Fay has returned to noble Albion with one desire – conquest of the British Isles. Forging a new Excalibur – comprising Rogue, Gambit, Rictor, Jubilee, and former X-foe Apocalypse, the new Captain Britain must protect the realm for Queen and Country!

“This Excalibur is a new spin on an old favorite. It touches on the worlds of the fantastic and magic and still is rooted in the modern X-Men continuity of the present,” explains White.

“[Mutants] have the space and the freedom to develop their culture, to learn magic and art, and to make these things that mutantkind has never seen before. And not only do they get to revel in it, the rest of the world has to deal with it,” says Howard.

Excalibur #1 is on sale now  in comic shops, on the Marvel Comics App, and on Marvel.com! To find a comic shop near you, visit www.comicshoplocator.com or call 1-888-comicbook.