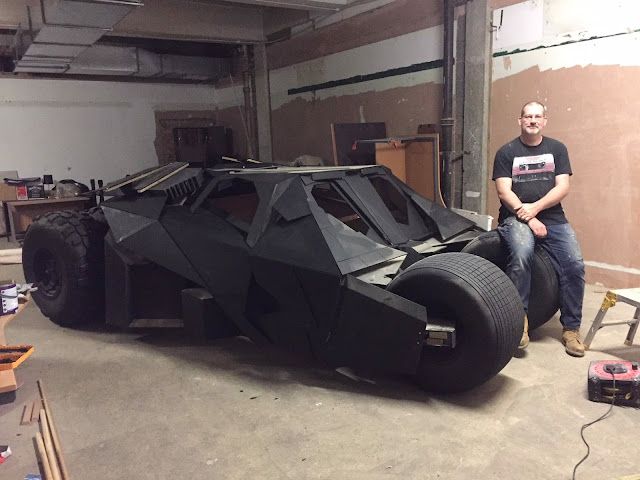 Designer and prop builder, Dave Taylor has been going batty, and it’s nothing to do with it almost being Halloween.

Holy hotwheels, Batfans! The talented Essex designer, who previously brought us a lifesize X-wing fighter and speederbike from the Star Wars universe, has switched franchises, this time he has gone to the Dark Knight side.

He’s emerged after over 400 hours from his make-shift Batcave with a lifesize model of the Bat Tumbler from The Dark Knight Trilogy of Batman films by Christopher Nolan.

Dave said: “Unfortunately I don’t have the resources of Bruce Wayne, so I’ve built my version of the iconic vehicle from mainly a steel and plywood frame, with MDF body panels and fibreglass wheels.” 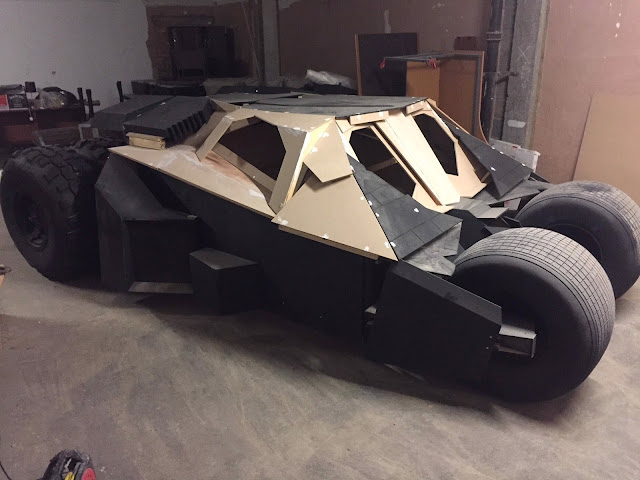 The Tumbler breaks down into about 36 individual pieces, making it the ultimate 3D jigsaw when putting it all together, not that its design wasn’t without its problems.

Dave said: “Casting the wheels was awkward, but the geometry of the body panels was frustrating at times as well. I’m really pleased how it has all come together; it’s got a real presence about it. You can just imagine it sliding round the streets of Gotham; it certainly has a very different look and feel to any previous Batmobile. Like the Nolan films it has a grittiness and realness to it.” 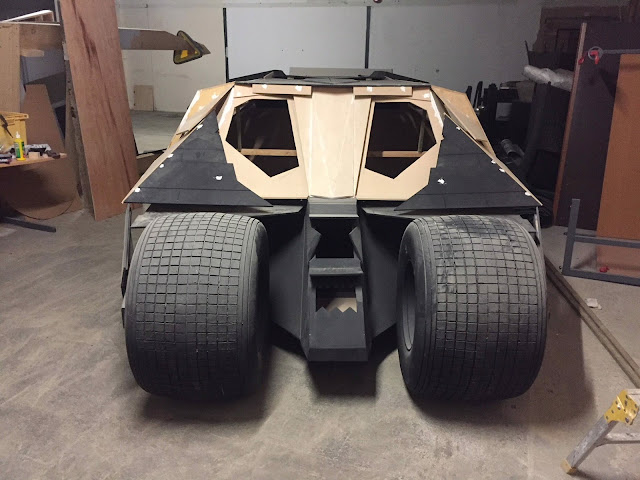 Not that the car will be driving out of the shopping centre it is being constructed for. The wheels do go round, but they have been bolted tight to avoid any potential rolling hazards.

Dave said: “I’ve created the Bat Tumbler especially for The Victoria Shopping Centre in Southend-on-Sea; it’s for an event they are hosting that combines Batman’s 80th birthday year and various Halloween workshops and events. It will be on display for about three weeks from Saturday 26 October.” 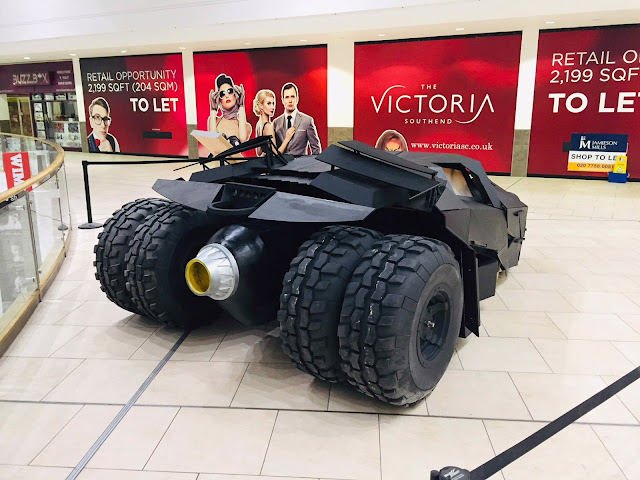 Batman may be 80, but it is also 30 years since Tim Burton’s vision of Batman first descended onto our screens, with Michael Keaton in the title role, and a scenery-chewing Jack Nicholson as The Joker. Of course, we’ve had both numerous actors playing Batman and the Joker since that film was released.

The latest interpretation, Joker with Joaquin Phoenix, is still causing controversy on the big screen and earlier this year the Bat cowl was passed onto a new incumbent, Robert Pattinson, who be directed by Matt Reaves. Whether it is in comics were he first started, created by Bob Kane, or on the silver screen, animation or computer games, Batman is still big business.

Dave Taylor may not wear a mask or cape, but he’ll be a design hero to all those children and adults who get to marvel – sorry DC – at his construction. He’s not just built a car; he has made people’s cinematic dreams a reality.

Dean Newman is Chief Writer at The Daily Jaws, writes his own film blog, Admit One, and previously wrote for Syfy. He’s always been a huge film and Spielberg fan, keen soundtrack and movie poster collector and is a budding script writer.
http://thedailyjaws.com/blog/ 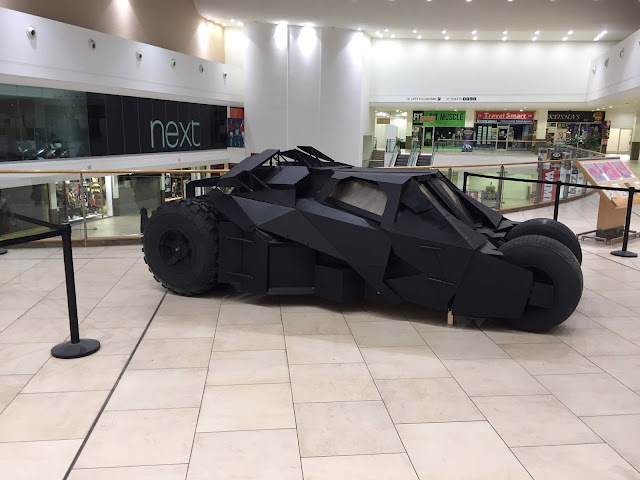 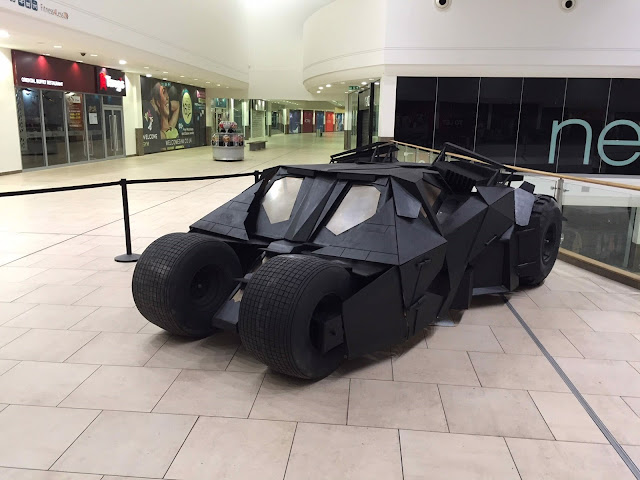