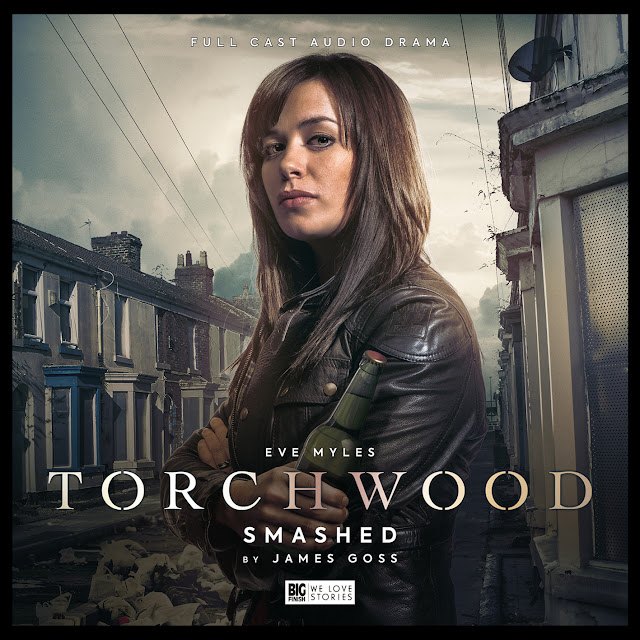 Gwen Cooper must combat the infected inhabitants of a Welsh mining town – and, while she might be used to investigating threats from the strangest of adversaries, this time can she find the answers at the bottom of a wine bottle?

Torchwood: Smashed is available now as a collector’s edition CD at £9.99 or on download at £7.99 from www.bigfinish.com

Glynteg was never much of a place. Since the refinery’s shut down there’s been nothing much going on – no jobs, no money, more pubs than buses. One of those sad Welsh towns where’s there’s little to do but drink. 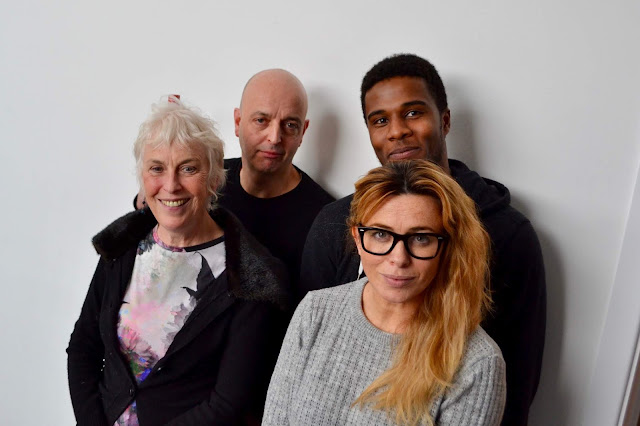 Then the fracking company came and there was a brief spark of hope – maybe there’d be some jobs, at least. But that fizzled out. Instead the people started falling ill.

Gwen Cooper’s come to Glynteg to find out what’s happening. Something ancient has woken up beneath the ground and will do whatever it can to protect itself. The Hunters have been unleashed. And there’s only one way to stay safe.

Eve Myles said: “This has been such an enjoyable script for me to do because Gwen is such a three-dimensional character. She's a bit of everything; she's your mum, she's your superhero, she's your heart, she's sometimes the villain, but we've yet to hear her smashed. And yet she's a Welsh girl – a Welsh girl who raises a family and saves the world. I'd be smashed if I was her, a lot of the time. Although, in this story, she's not intentionally wanting to be smashed, she's needing to be drunk because of the plot.”

Director Scott Handcock added: “The lovely thing about working with the Torchwood cast is they’re all still really engaged with the material. Smashed came about through conversations with Eve (jokingly at first) about how she’d like to do a story where Gwen needs to solve a case whilst utterly inebriated. Naturally, writer James Goss found a way to tell that story and Smashed is the result. Like all the best Torchwood adventures, it’s dangerous, absurd, emotional and grounded very much in the here and now.

“Smashed also gave me the opportunity to work with the fantastic Helen Griffin, in what would become one of her final jobs before she passed away in June 2018. She’d obviously been in Doctor Who, on screen and at Big Finish, not to mention appearing alongside Eve in Keeping Faith, so it was lovely to reunite them in our Cardiff studios and have them face off against one another. And Eve was thrilled at the chance to work with her again. Helen was not only a great actress, but also a talented writer and such a fun presence in studio, which is hopefully how everyone will remember her.”

Please note that Torchwood contains adult material and may not be suitable for younger listeners.

Torchwood: Smashed is available now as a collector’s edition CD at £9.99 or on download from the Big Finish website at £7.99.