DAWN OF X CONTINUES IN FEBRUARY WITH WOLVERINE #1 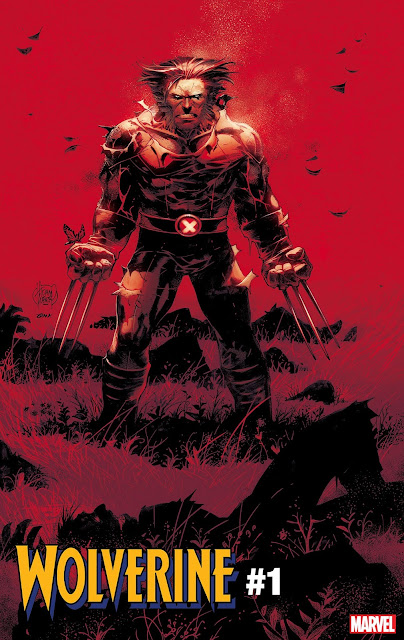 POWERS OF X #6 hits shelves in just a few days, concluding the first step in Jonathan Hickman’s groundbreaking new era for the world of mutants. Following that, the Dawn of X titles will explore the bold new way the X-Men operate in the Marvel Universe…beginning with WOLVERINE #1!

Just announced at the Marvel Comics: X-Men – Dawn of X Panel at New York Comic Con, WOLVERINE #1 will kick off in February, following Wolverine as he takes it upon himself to defend the new nation of Krakoa from the humans who would exploit its extraordinary resources. With a new mission comes a new creative team, and Wolverine couldn’t ask for a better one to guide him in his new role.

Award-winning comic book author Ben Percy brought Marvel stories to life in a brand-new way with two critically acclaimed scripted podcasts, Marvel’s “Wolverine: The Long Night,” and Marvel’s “Wolverine: The Lost Trail.” Percy’s take on the iconic character delighted both new and long-term fans, and he’s the perfect guide for Wolverine as the character dives into the criminal underworld to protect mutantkind from outside threats.

Percy also expressed his excitement for writing Wolverine: “We all have that character. The one we love more than any other. The one we treasure in books and movies and maybe memorialize with a T-shirt or tattoo. The one we relate to as a cracked-mirror version of ourselves. For me -- as a growly, grumpy, hairy, smelly, muscled, flannel-clad, whiskey-swilling loner who lives in the woods of the frozen north -- it's Logan. And though this might sound corny, it also feels right to say that writing Wolverine is a dream come true, a childhood fantasy realized. No kidding, bub.”

And teaming up with Ben Percy is the legendary comic book artist, Adam Kubert! No stranger to Logan, Adam Kubert has brought Wolverine to life on the page since the early 90s. Some of the characters most iconic imagery has been crafted by Kubert’s expert skills, and his epic return to the character promises that the best is yet to come!

Mutants may have created a paradise, but that paradise needs protecting. See Wolverine do what he does best in WOLVERINE #1 this February!