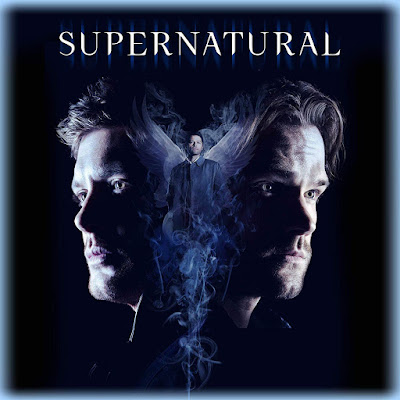 *Warner Bros. Home Entertainment provided me with a free copy of the Blu-ray I reviewed in this blog post. The opinions I share are my own*


Synopsis: The Winchester brothers’ harrowing journey into the heart of darkness continues as Supernatural enters Season Fourteen. Sam (Jared Padalecki) and Dean (Jensen Ackles) have matched wits with monsters, demons, Heaven and Hell. But last season, the Winchesters and Castiel (Misha Collins) stumbled upon a terrifying alternate universe: an apocalyptic world where they were never born, all while training Jack (Alexander Calvert), the son of Lucifer, and trying to save their mother, Mary Winchester. The final battle with Lucifer and the Archangel Michael altered the Winchester’s lives forever… and created an even greater threat for Sam and Dean. The boys are back and willing to risk everything for their loved ones in all twenty thrilling new adventures, including a historic 300th episode, with a Winchester family reunion never to be forgotten.

Sam and Dean Winchester are back for the fourteenth season of Supernatural, and with the Blu-ray and DVD release, you can finally bring the brothers home. As we now know, this is the penultimate season of the long-running CW show, since it was announced earlier this year that the fifteenth season will be its last. After years of hunting monsters, and fighting the forces of Heaven and Hell, the Winchester boys have earned their rest.

I’ve been with Supernatural from day one, and it’s been one heck of a ride. Its longevity is a rare feat, accomplished by relatively few shows. Even after all this time, the show consistently delivers quality, and the cast and crew are exceptional. It’s no accident Sam and Dean Winchester have become iconic characters who will live on long after season fifteen comes to a close.

Season fourteen packed an emotional punch. I won’t venture too much into spoiler territory, in case this home release is the first time some viewers will be exposed to these episodes. I will say two episodes in particular stand out. Firstly, “Lebanon,” the milestone 300th episode that saw the long-awaited return of Jeffrey Dean Morgan as John Winchester. Secondly, “Game Night,” featuring Alexander Calvert’s Jack Kline experiencing a heartbreaking downward spiral.

Of course, humor has always been part of Supernatural, and the comic relief of the fourth episode “Mint Condition” doesn’t disappoint. 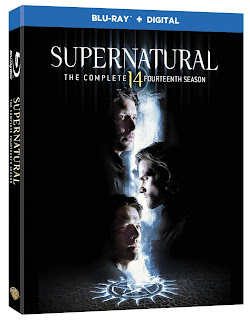 It’s always fun to listen to these commentaries, as you get a real feel for what goes on behind-the-scenes and what the actors are experiencing as their characters, more often than not, endure many trials. Plus, it’s also great to hear just how well everyone gets on. Supernatural is about family, after all.

As enjoyable as these commentaries are, I can’t help but wish there were a few more. For example Ruth Connell (Rowena) and Alexander Calvert both have some really fine moments in season fourteen, and hearing from Jeffrey Dean Morgan for "Lebanon," along with Jared and Jensen, would have been priceless. Understanding, of course, that scheduling and whatnot often plays a role in determining these things. Still, they leave you wanting a bit more.

This all-new featurette takes you into the making of “Lebanon." As if the episode wasn’t celebration enough, this feature goes even further with plenty of behind-the-scenes content, featuring interviews with Jeffrey Dean Morgan, Jared Padalecki, Jensen Ankles, Samantha Smith, and more. From finding out more about the town Sam and Dean call home (Lebanon, KS) — and what home and family means to them — to the culmination of the father/sons story that kicked off the show all those years ago, this featurette is a perfect addition to the Blu-ray release.

The Winchester Mythology: The Choices We Make

Also a brand-new featurette, "The Choices We Make" takes a look at the ending of season thirteen and how those events play out into season fourteen. It also features interviews with the cast and crew, and analysis of the major players in season fourteen, their choices, the consequences of those choices, and the wreckage that is often left in the wake.

Few things are better than watching the cast of Supernatural in their element — among the fans. The 2018 panel from San Diego Comic-Con showcases the humor and camaraderie of everyone involved in the production of the show, and highlights the familial relationship they’ve developed with the fan community. The panel, hosted by Richard Speight, Jr. (Gabriel, The Trickster, Loki) and Rob Benedict (Chuck, God), features stars Jared Padalecki, Jensen Ackles, Misha Collins, Alexander Calvert, as well as director Robert Singer, writers Andrew Dabb, Eugenie Ross-Leming, and Brad Buckner.

Unfortunately, the Q&A from the fans is largely edited out, presumably for length.

Also included are deleted scenes for select episodes and, of course, a hilarious gag reel. Knowing this cast, you can imagine what a hoot that is!

As far as the technical aspects go, the Blu-ray features amazing quality in both picture and sound, and is released in 1080p Full HD Video with DTS-HD Master Audio for English 5.1. Plainly spoken, it looks and sounds incredible! I can only speak to the Blu-ray and Digital release, but the picture and sound are superior.

The packaging is attractive and fairly standard for a Blu-ray release, with a slim clamshell case inside a slipcover. There's an insert that gives you a rundown of the episode break-down for each disc, as well as where the bonus features are located. Each disc has an easy to navigate menu, and I really enjoyed the music.

Also included with the Blu-ray set is a redemption code for the Digital release of season fourteen so you can take Supernatural with you wherever you go. (Not available in Canada, however.)

I was very pleased with Supernatural’s fourteenth season overall. Is every episode a stand-out? No, but when Supernatural is firing on all cylinders, it's hard to top. If you're a fan of the Winchesters, I can assure you the Blu-ray release will be a fine addition to your home entertainment library.

It feels bittersweet to say at this point, but bring on season fifteen!

Own Supernatural: The Complete Fourteenth Season, available on Blu-ray and DVD September 10.