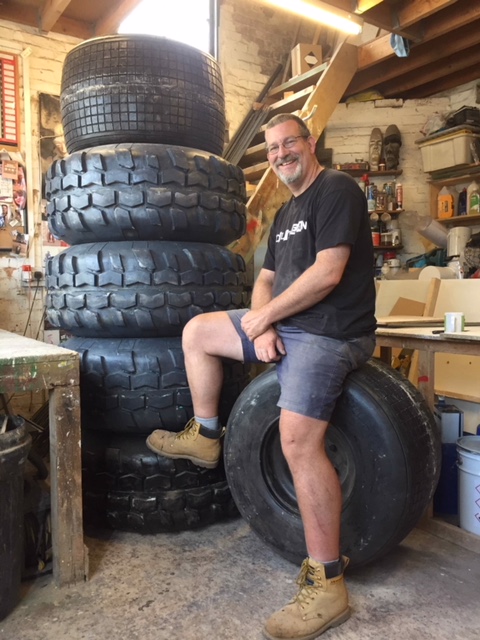 Just as the Batman of the comics and the big screen has constantly evolved over eight decades, so has his gadgets and vehicles.  One of the most visually impressive from the recent Christopher Nolan series of films was the Bat Tumbler. Now, the creative genius of Dave Taylor - who previously brought us his excellent X-wing and stunning Speederbike - is now creating a life size version.

Here’s some exclusive images of Dave’s progress from his own Bat Cave, his workshop in Essex. Which is fitting, as part of Batman Begins was shot in Essex, at Coalhouse Fort in East Tilbury to be precise. It doubled as the 'Bhutanese' prison where Christian Bale and Liam Neeson first meet. 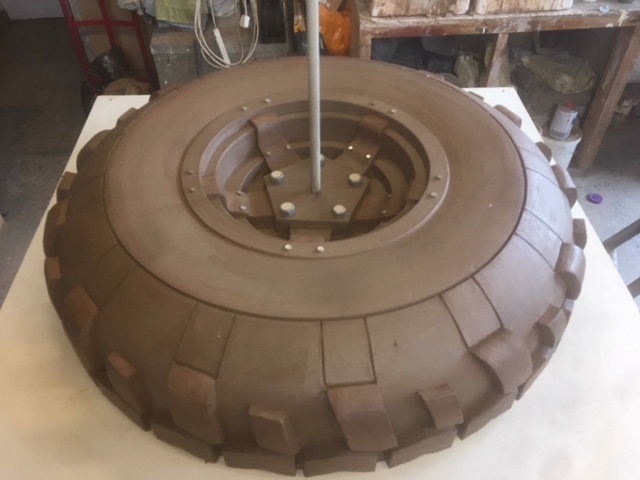 Dave, Essex’s answer to Lucius Fox, explained why he decided to embark on this ambitious design project. He said: “I was asked to make a Batmobile for the 80th birthday year, but the client never specified which version. Those long vehicles always struck me as a bit absurd in an urban environment, so I opted for the Tumbler, I like its geometric armoured vehicle aesthetic, though making the wheels was challenging, they’re huge!

Now, the wheel game begins.  Dave Taylor takes us through the process of creating the wheels for the Bat Tumbler:

“The Tumbler will be life-sized, around fourteen feet long. I made the rear axle this morning, it’s nearly three metres wide and has to take four of those large wheels!”

"I made each wheel in clay, from which I made a silicone rubber mould by rotating a wooden profile over a large body of clay.  The treads had to be carved or applied by hand. Each wheel is made up of two casts from the same mould.  They are fibreglass, rather than rubber, as working with the industrial rubber they use to make tyres is a bit beyond my skill set!" 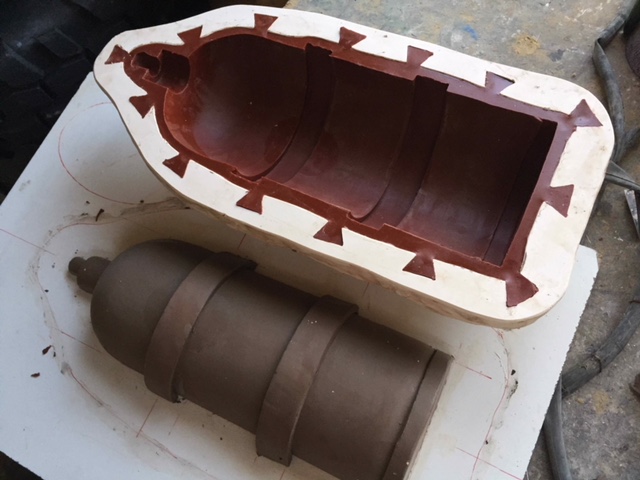 Dave likes The Dark Knight trilogy, he says it is the best thought out and most grounded of the Batman movies.

With the Bat Tumbler due to be completed and on public display at the end of October, Dave’s got several long dark nights ahead of him to bring the design to life. 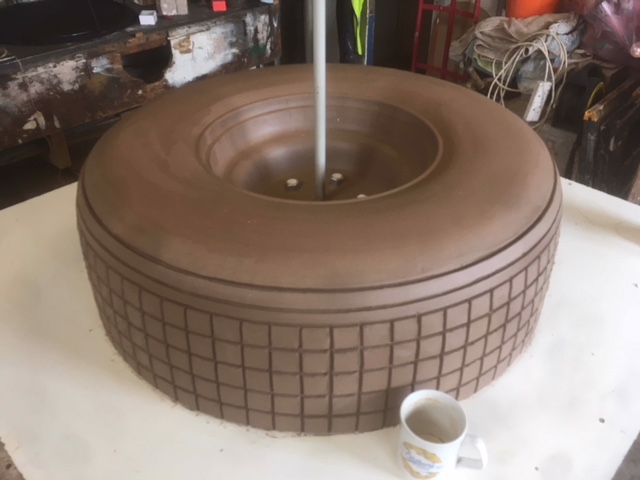 What’s your favourite Bat vehicle and why?

We've reported on some of Dave's impressive work on our other site, The Bearded Trio.  In the past, Dave has constructed an X-Wing and a full size Speeder Bike.