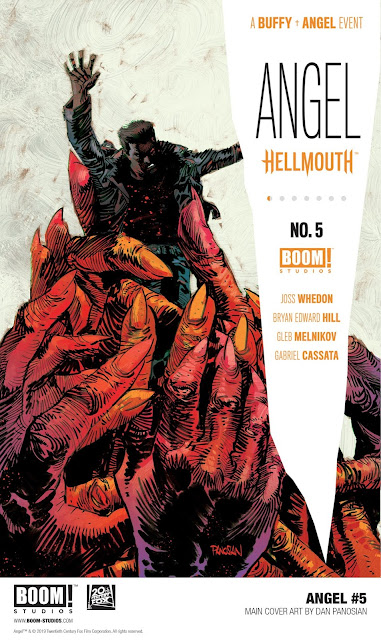 The road to Hellmouth continues in September 2019 from acclaimed writer Bryan Edward Hill (American Carnage, Fallen Angels) and artist Gleb Melnikov, as ANGEL #5 reveals that Angel now knows his true mission—to gather a team of highly specialized individuals to help him save the world when all Hell breaks loose.

Meet Charles Gunn, vampire hunter, social media celeb, and the fresh new face of LA’s supernatural crime fighting underground. But it’s not all just likes and subscribes because Gunn is on a mission to dust every vampire he can find, right up until he comes face-to-face with the vampire cursed with a soul! Will they be able to bridge their differences and partner up long enough to save the world?

“Hellmouth is here and the only one who can stop it is Angel . . . and the team he’s somehow managed to pick up along the way. But everyone who’s ever joined him in the fight against evil ends up paying a heavy cost,” said Jeanine Schaefer, Executive Editor, BOOM! Studios. “So it all comes down to one very important question—who can Angel trust with the fate of the world?”

ANGEL is the newest release from BOOM! Studios’ eponymous imprint, home to critically acclaimed original series, including Once & Future by Kieron Gillen and Dan Mora; Something is Killing the Children by James Tynion IV and Werther Dell’Edera; Faithless by Brian Azzarello and Maria Llovet; Abbott by Saladin Ahmed and Sami Kivelä; Bury the Lede by Gaby Dunn and Claire Roe; Klaus by Grant Morrison and Dan Mora; and Folklords by Matt Kindt and Matt Smith. The imprint also publishes popular licensed properties including Joss Whedon’s Firefly from Greg Pak and Dan McDaid; Buffy the Vampire Slayer from Jordie Bellaire and David López; Angel from Bryan Edward Hill and Gleb Melnikov; and Mighty Morphin Power Rangers from Ryan Parrott and Daniele Di Nicuolo.

Print copies of ANGEL #5 will be available for sale on September 25, 2019 exclusively at local comic book shops (use comicshoplocator.com to find the nearest one) or at the BOOM! Studios webstore. Digital copies can be purchased from content providers, including comiXology, iBooks, Google Play, and the BOOM! Studios app. 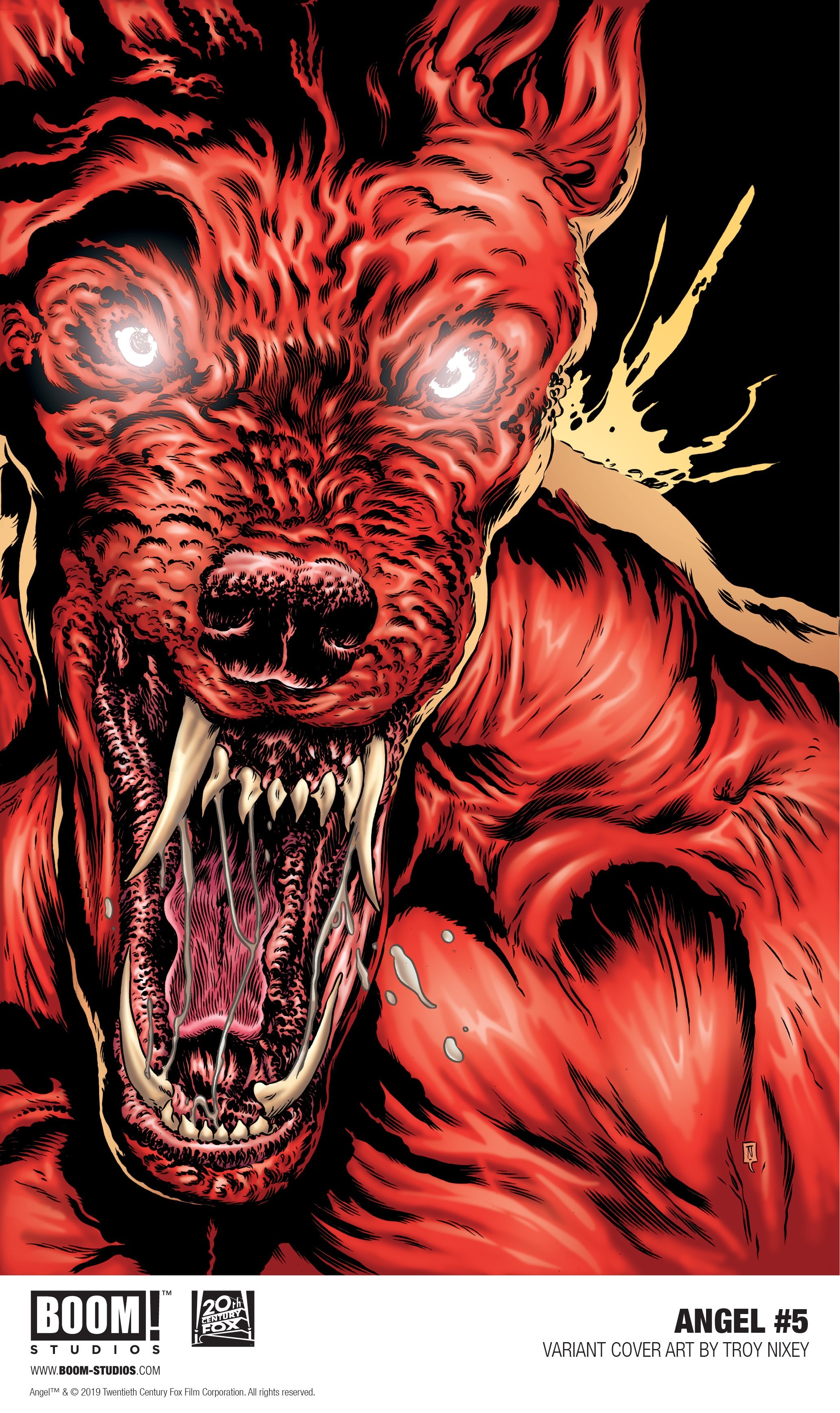 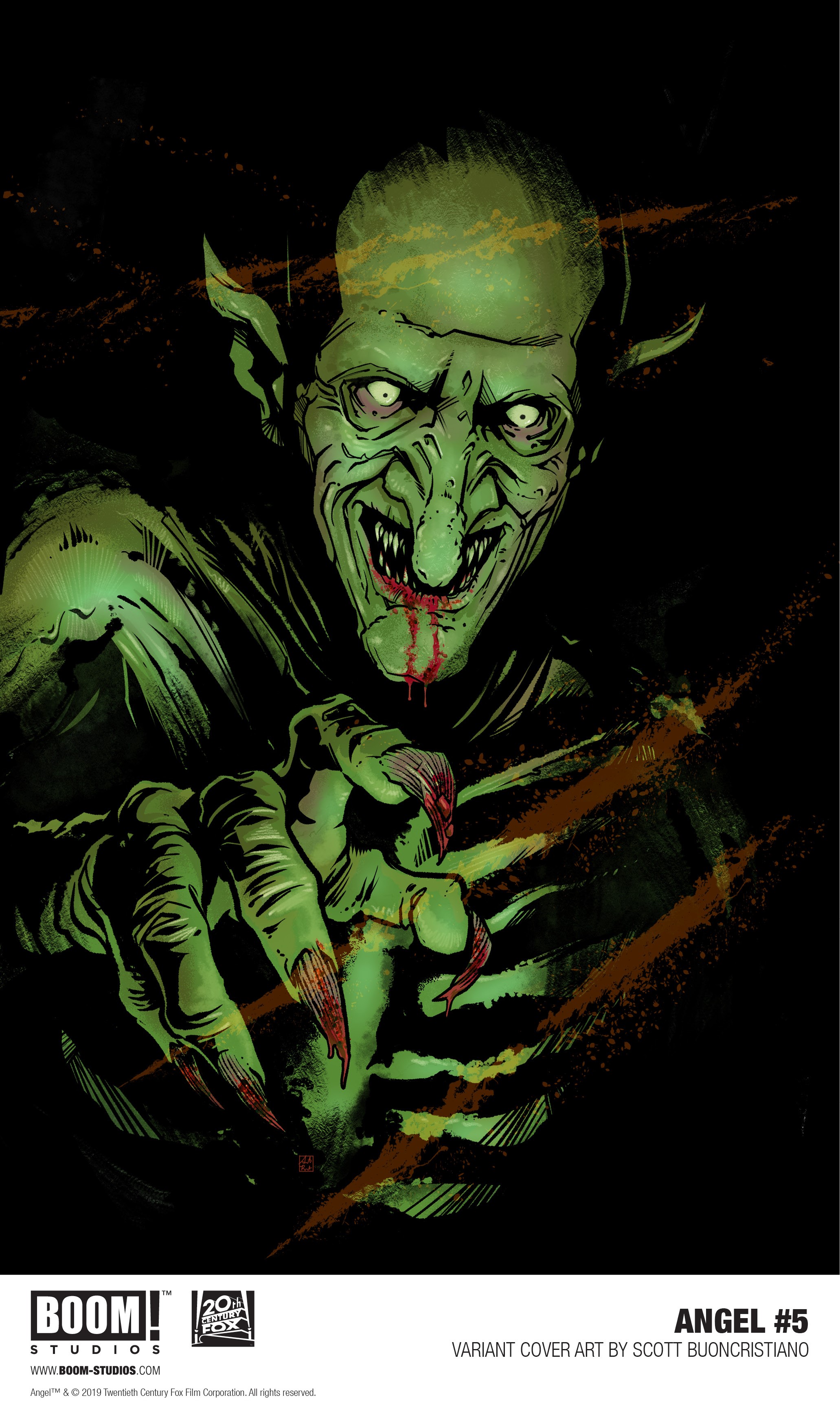 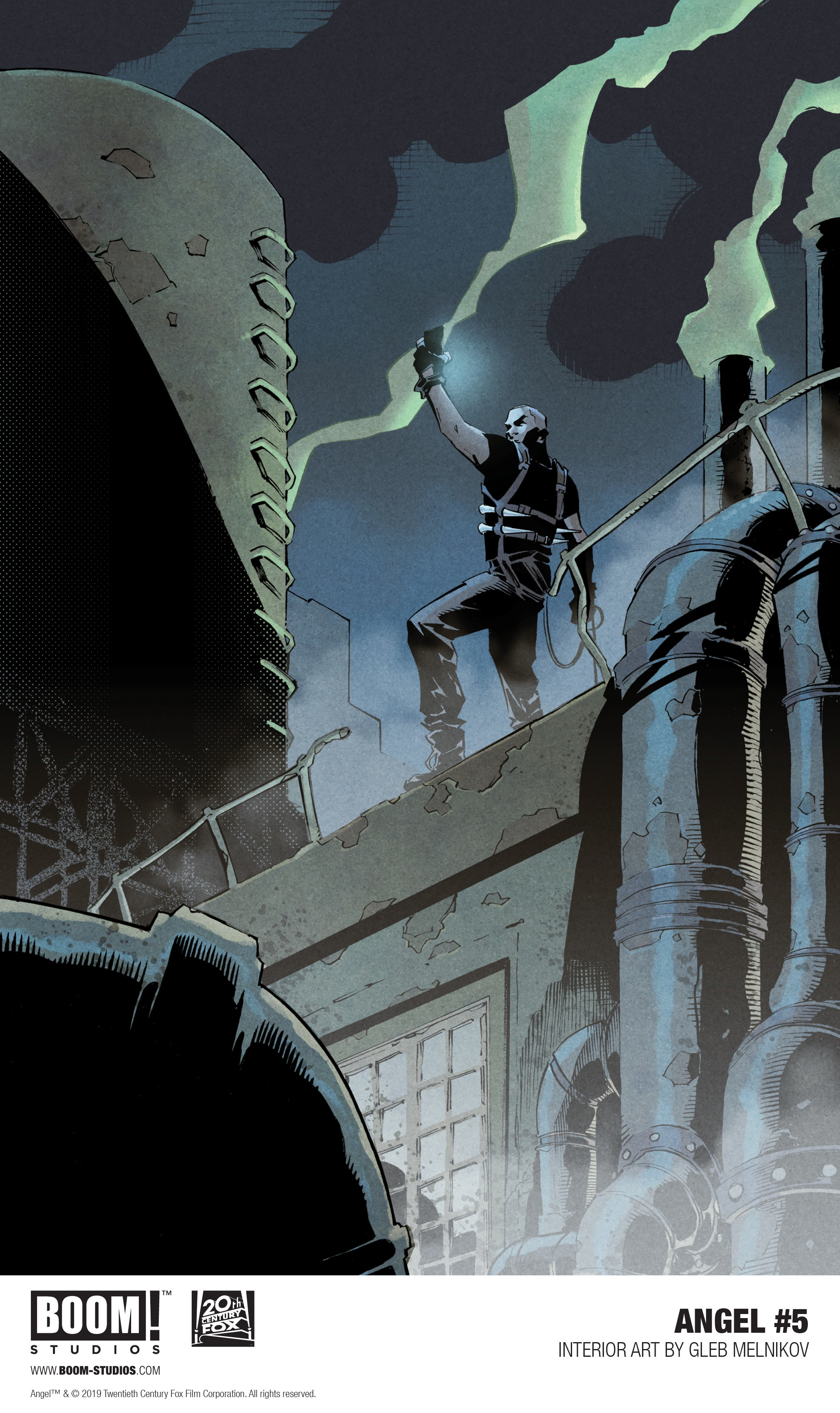 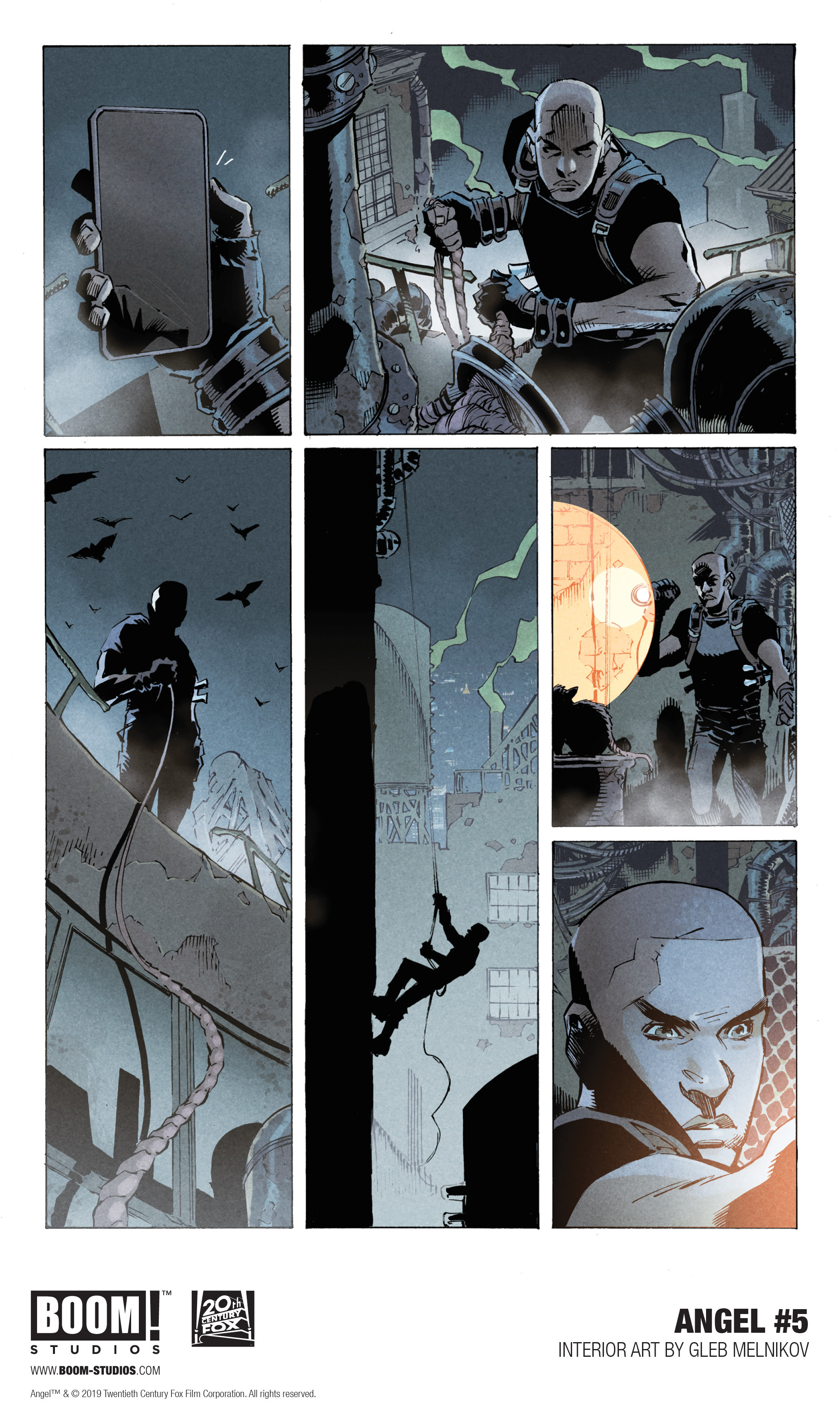 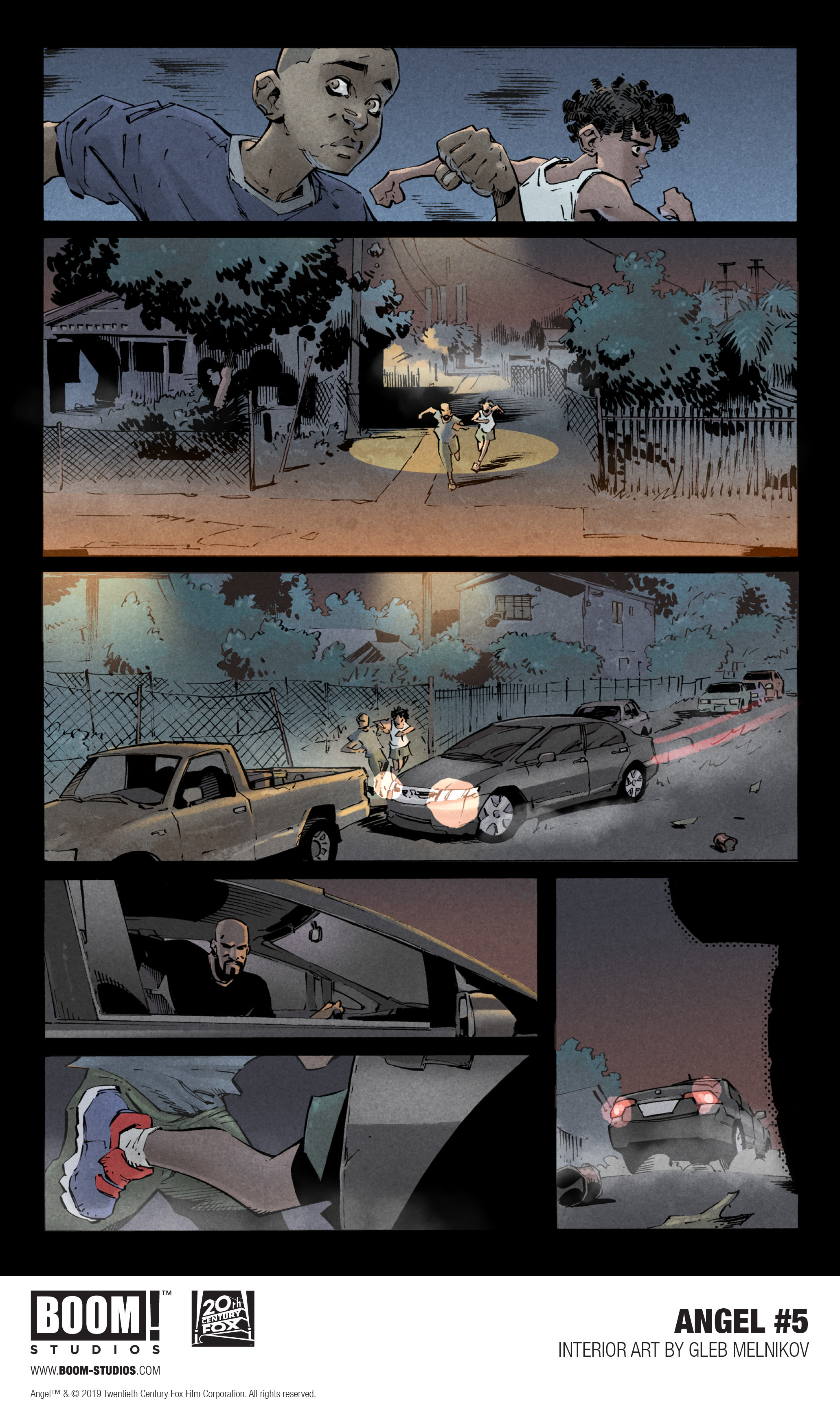 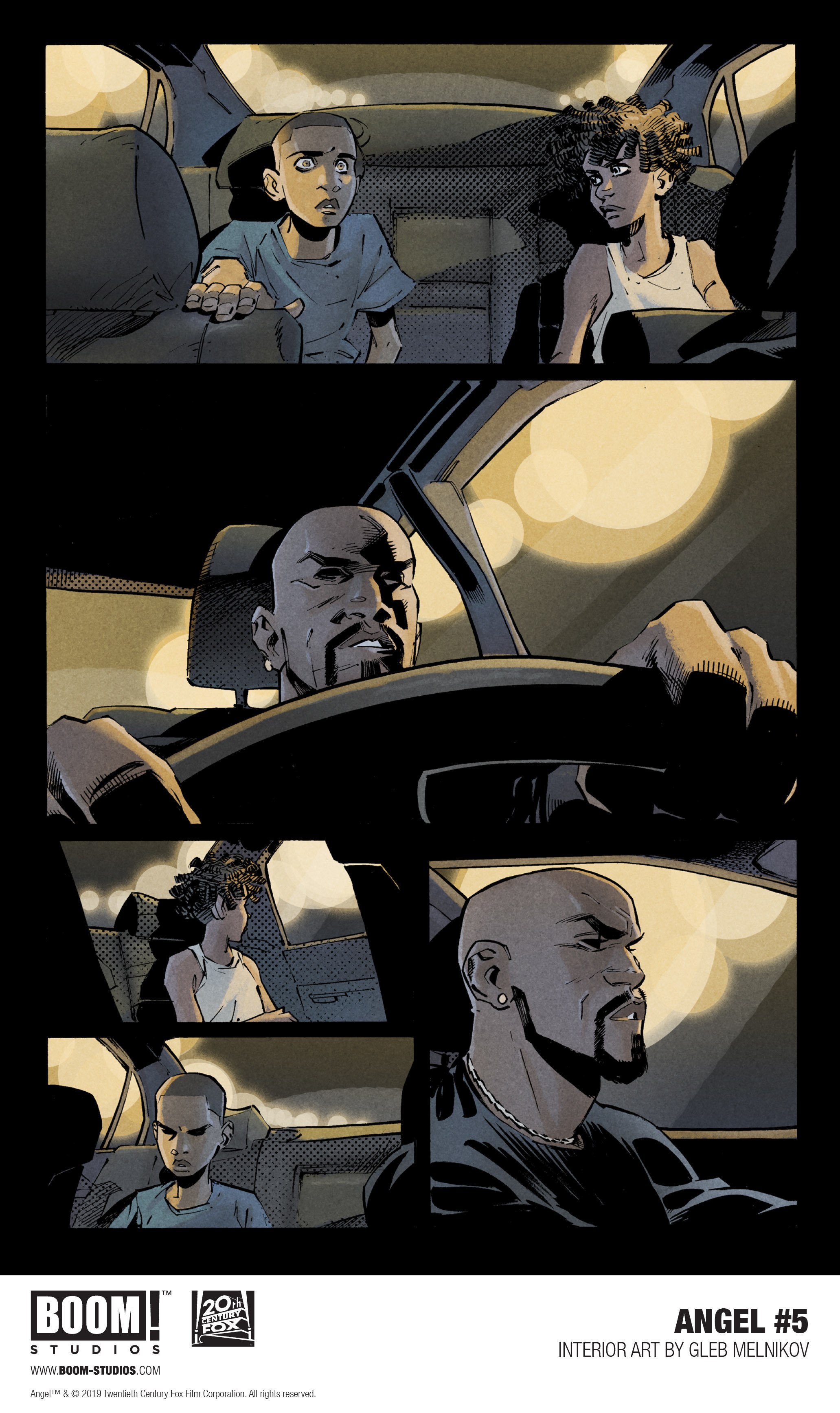