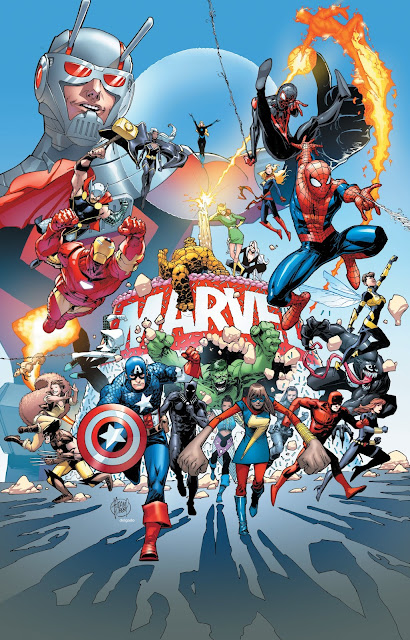 With just weeks until Marvel kicks off its official birthday festivities, Marvel is excited to announce even more 80th anniversary celebrations with limited-time content with your favorite Marvel games; limited-time merchandise; and retailer events in honor of Marvel’s legacy!

Marvel announced plans to celebrate its birthday on August 31: the day Marvel Comics #1 gave the world its first look at the Marvel Universe. To celebrate the worldwide impact that followed, there will be activations and retailer events around the globe. Events include:


Throughout the month of August, Marvel fans will also be able to celebrate Marvel’s 80th anniversary through their favorite Marvel Games! Marvel will be collaborating with its partners to bring limited-time in-game activations to celebrate key characters, stories, costumes, and other extras from Marvel history in MARVEL Strike Force, MARVEL Future Fight, MARVEL Puzzle Quest, and MARVEL Contest of Champions.

Commemorative art – drawn exclusively by legendary comic book artist Adam Kubert to celebrate Marvel’s birthday – will be available as featured on select merchandise and t-shirts through the Marvel Design Vault on Amazon, shopDisney, and other retailers. Symbolizing decades of the Marvel Universe, Kubert’s art is the perfect way to celebrate the expansive roster of classic and iconic Marvel Super Heroes such as Iron Man, Ms. Marvel, Thor, Shuri, Wolverine, and many more.

To learn more about Marvel’s Super Heroes and keep up with the ever-expanding Marvel Universe, pick up the new edition of DK's best-selling Marvel Encyclopedia! And be sure to scoop up three brand new flavors from Ample Hills Creamery inspired by Black Panther, Captain America and Spider-Man – the perfect treat to celebrate this Marvel milestone and cool off this summer.