Your First Look at All New Slayers in BUFFY THE VAMPIRE SLAYER: THE CHOSEN ONES #1 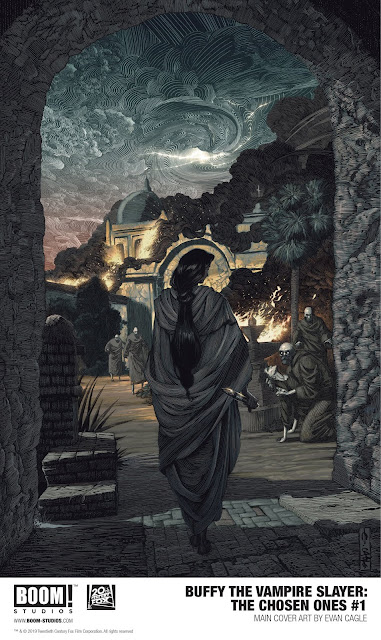 BOOM! Studios has revealed a first look at the oversized one-shot comic book, BUFFY THE VAMPIRE SLAYER: THE CHOSEN ONES #1, debuting on August 28, 2019, in partnership with 20th Century.

Buffy Summers is the "Chosen One" who must defend Sunnydale from vampires, demons and those regular monsters called high schoolers...but she wasn't the first. Now, through three all-new stories in this landmark one-shot, see the first full appearances of the Slayers made famous on special variants covers of BUFFY THE VAMPIRE SLAYER.

Writer Mairghread Scott (Batgirl) and artist Ornella Savarese reveal the hidden origins of the Sunnydale Hellmouth in a story about a young Indigenous American woman at the turn of the 19th Century who finds out she is the Chosen One and makes a decision that changes the course of Slayer history forever! Celia Lowenthal (Over The Garden Wall: Hollow Town) tells the story of the young 14th century Italian Slayer from her BUFFY THE VAMPIRE SLAYER #2 variant cover. And, from Alexa Sharpe (Rolled and Told), we discover the origins of the Slayer from the BUFFY THE VAMPIRE SLAYER #6 variant cover, in a story set in Napoleonic France.

BUFFY THE VAMPIRE SLAYER: THE CHOSEN ONES #1 features a main cover by illustrator Evan Cagle, along with variant covers by artists Helen Yoon and Alexa Sharpe.

Buffy The Vampire Slayer premiered on the WB Network on March 10th, 1997. The Emmy- and Golden Globe-nominated series, which ran for seven seasons from 1997–2003, stars Sarah Michelle Gellar as “Buffy Summers.” Chosen to battle vampires, demons and the forces of darkness, Buffy is aided by a Watcher who guides and teaches her as she surrounds herself with a circle of friends called the “Scooby Gang.”

Print copies of BUFFY THE VAMPIRE SLAYER: THE CHOSEN ONES #1 will be available for sale on August 28, 2019 exclusively at local comic book shops (use comicshoplocator.com to find the nearest one) or at the BOOM! Studios webstore. Digital copies can be purchased from content providers, including comiXology, iBooks, Google Play, and the BOOM! Studios app. 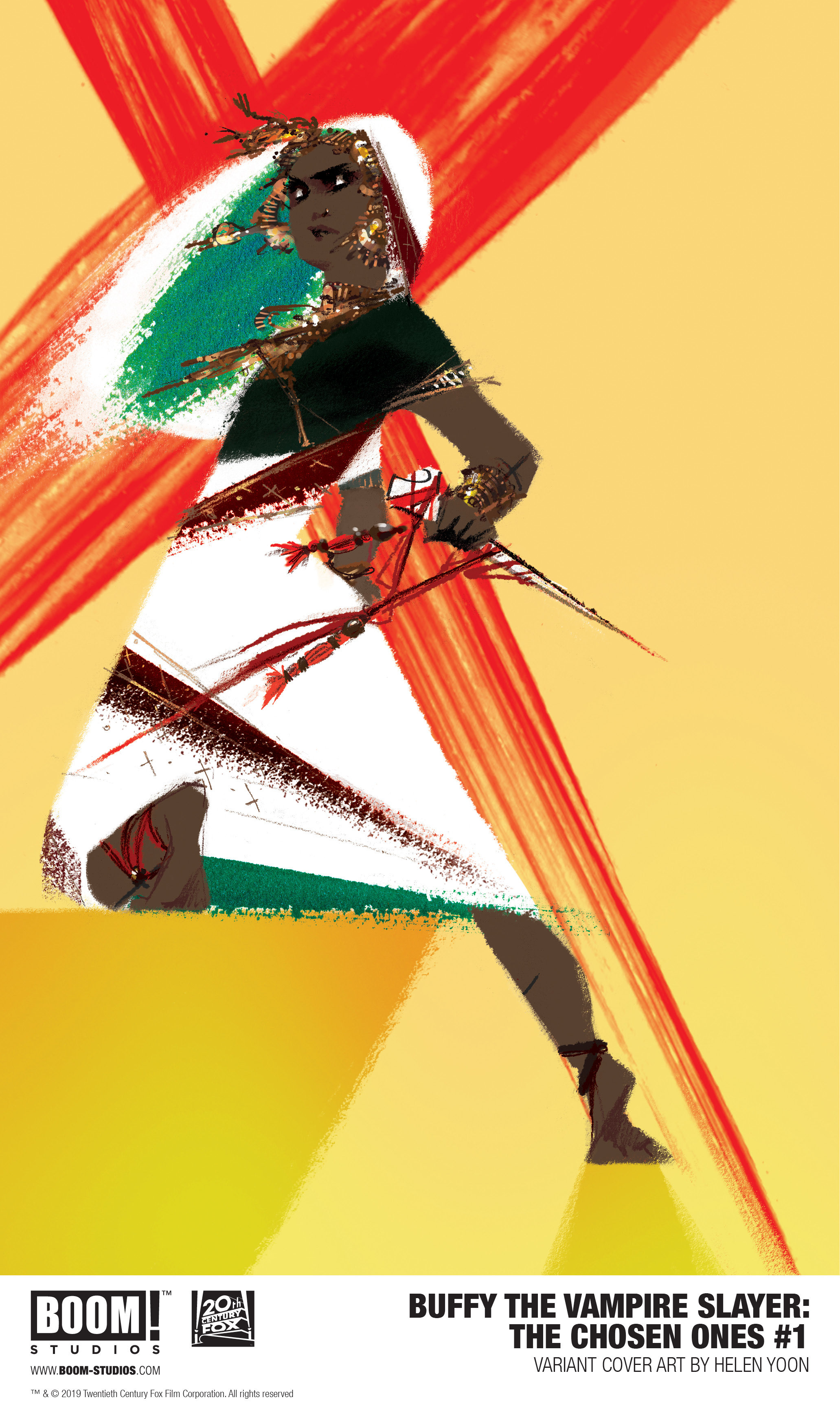 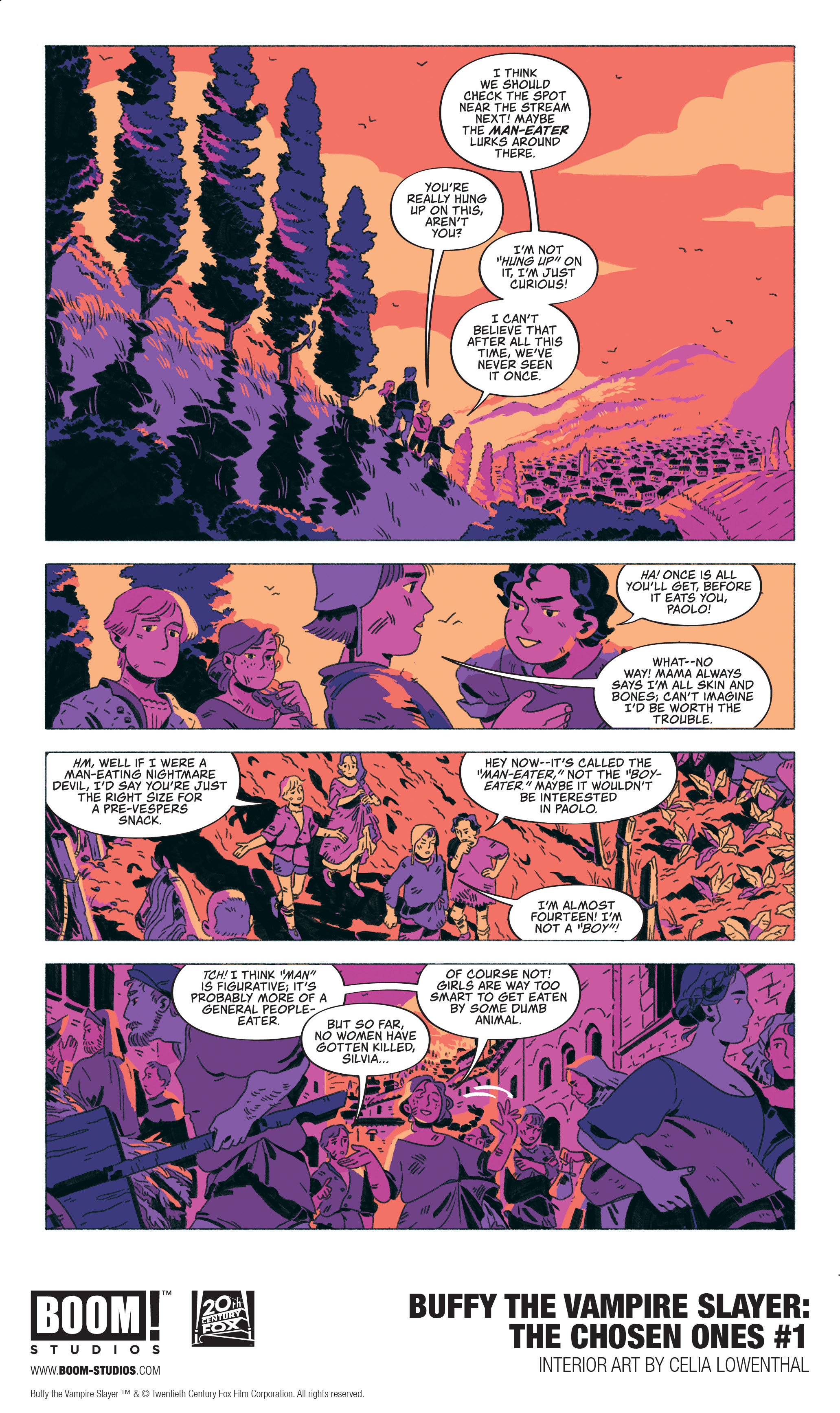 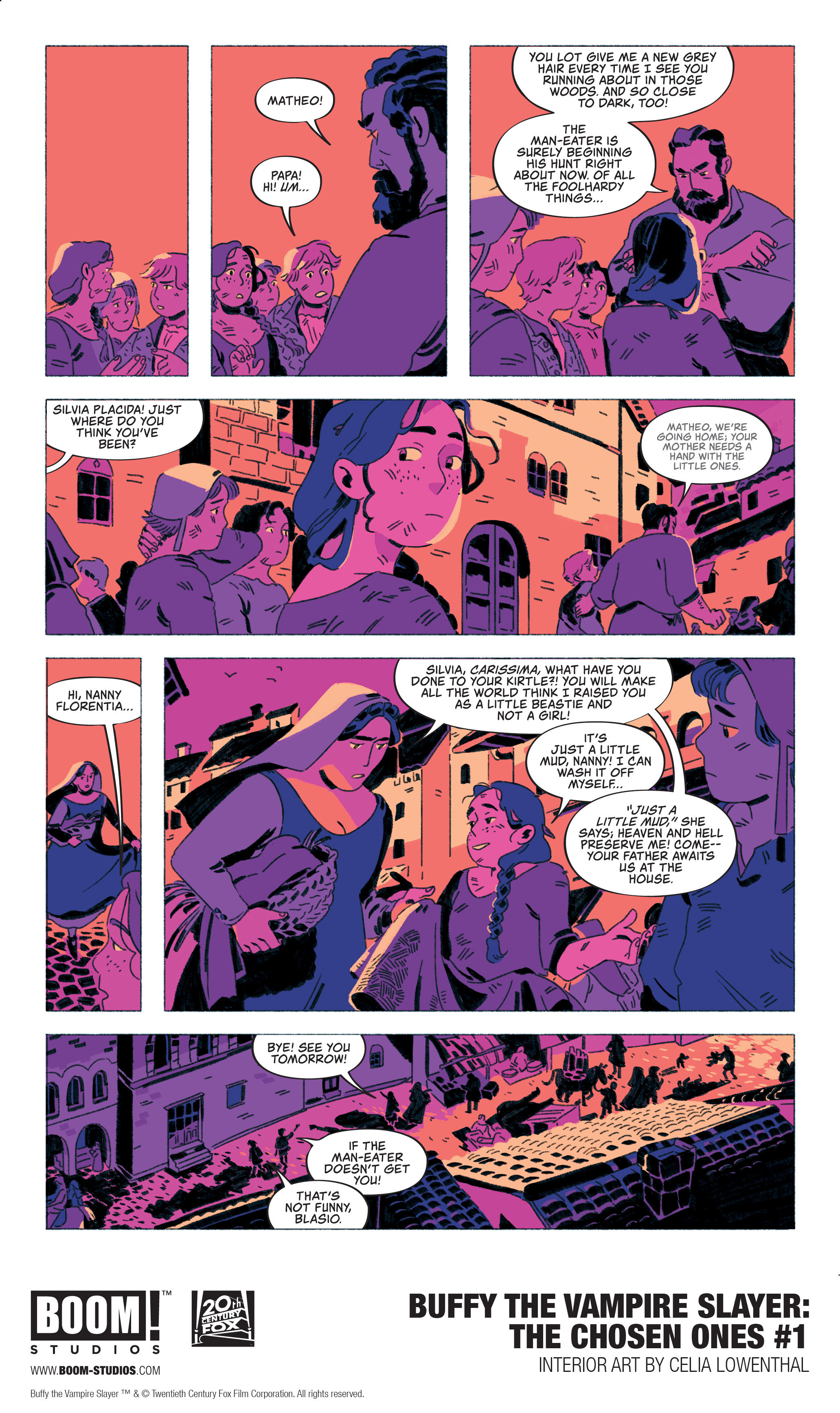 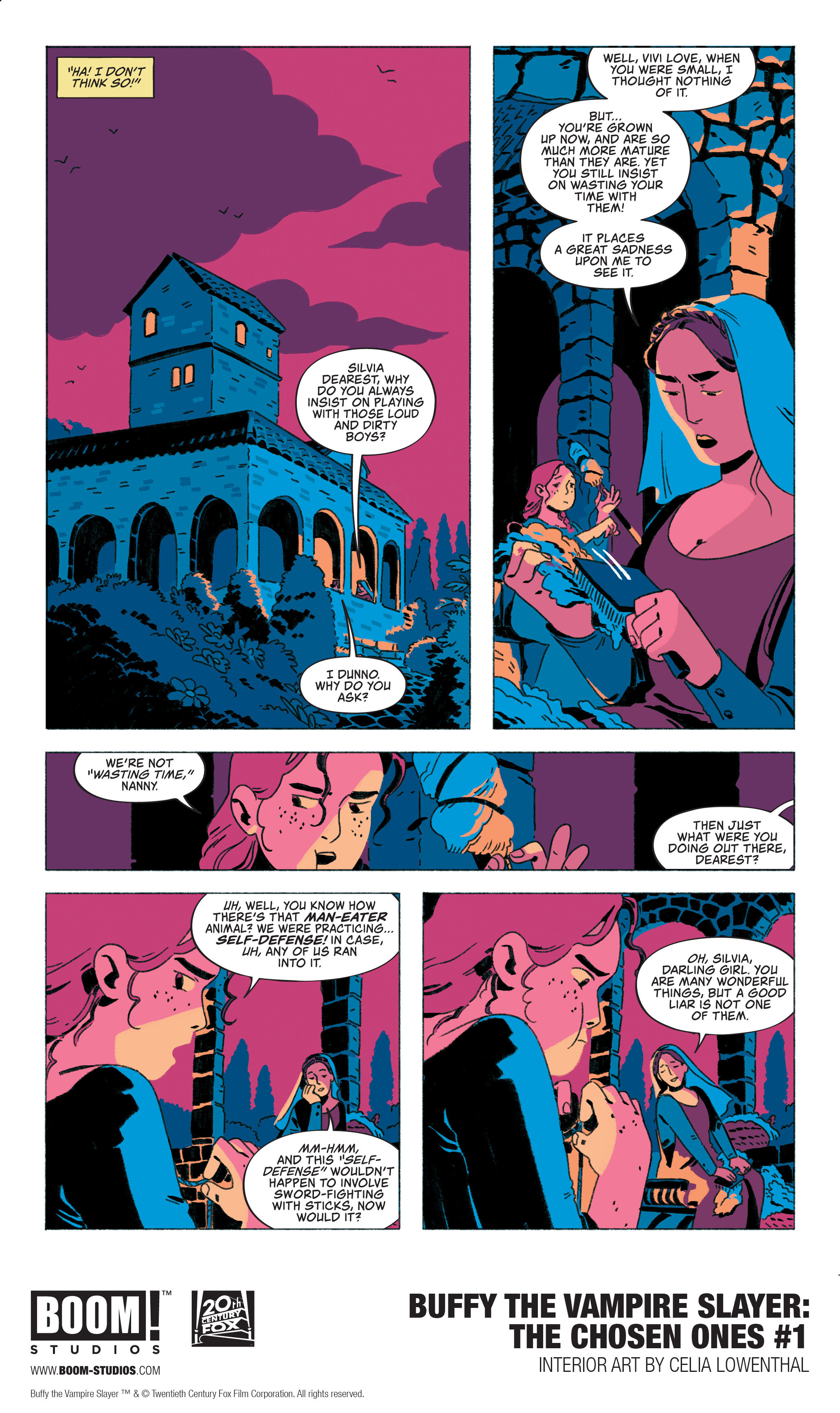