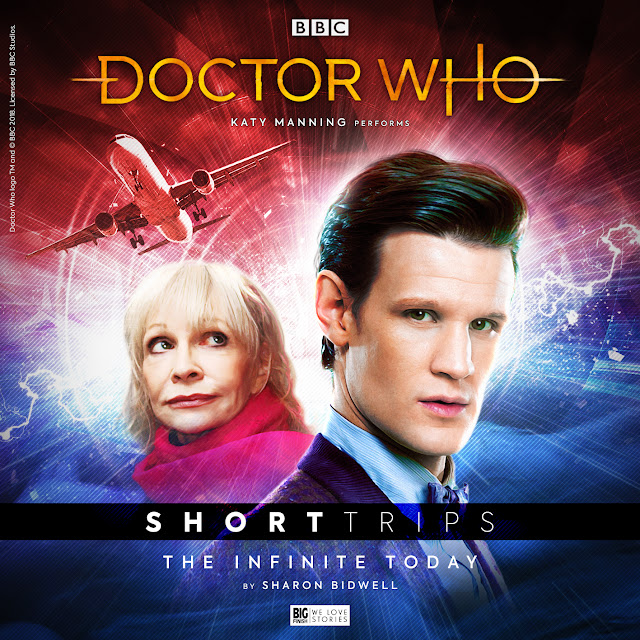 The Doctor Who Short Trips range will continue to be released in 2020 at £2.99 on download from Big Finish Productions. Series 10 features some exciting reunions from New Series Doctor Who!

The Infinite Today by Sharon Bidwell, narrated by Katy Manning, will be released in January 2020.

Producer Alfie Shaw: “When Jo Jones (née Grant) teamed up with the Eleventh Doctor on The Sarah Jane Adventures, I loved the pair of them and wanted them to have more time together. So, when it came to this run of Short Trips, they were an unexpected TARDIS team that needed to be reunited!

“Sharon Bidwell has produced a wonderful story, a really sinister variation on the Groundhog Day repeating day narrative and Katy [Manning] is on her usual brilliant form performing it. It’s a strong opener in a year full of exciting new Short Trips for the Doctor and friends!” 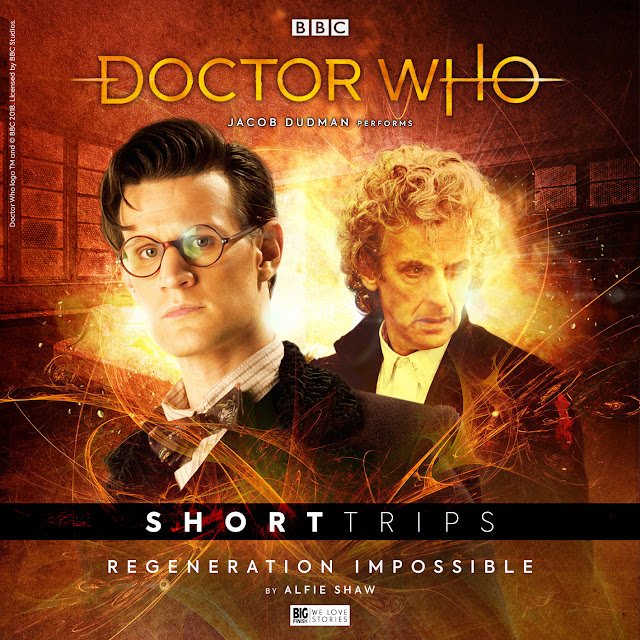 Regeneration Impossible by Alfie Shaw, narrated by Jacob Dudman, will be released in May 2020.

Producer Alfie Shaw: “Regeneration Impossible exists solely because of Jacob Dudman and his remarkable talents. When Nick [Briggs] mentioned that Jake’s repertoire included the Twelfth Doctor as well as the Eleventh, the chance to have them meet was irresistible! It was so much fun to write, not just having those two fantastic Doctors bouncing off each, but also an enjoyable challenge of finding a story that was appropriate for the range. Multi-Doctor stories are normally big old epic affairs with the fate of the universe at stake, unlike the stories you normally find in Short Trips. This is possibly one of the smallest-scale multi-Doctor adventures out there and I’ve tried to keep it simple.

“It’s the Short Trips range’s first full-cast audio drama, only Jake is the full cast. I’m always trying to experiment with the series, both in terms of content and structure, and I hope people like this new variation on what a Short Trip can be.”

Regeneration Impossible was briefly teased during the #BigFinish20at20 livestream on the Official Doctor Who YouTube channel, over 20-21 July 2019, and it sent fans into a frenzy!

Doctor Who Short Trips series 10 is available to pre-order now, at £2.99 per episode, or with a saving by ordering a bundle of the full12 episode series, at £30 per series.

PRICING
Pre-order: £2.99 download or £30 for a whole year subscription, only from www.bigfinish.com