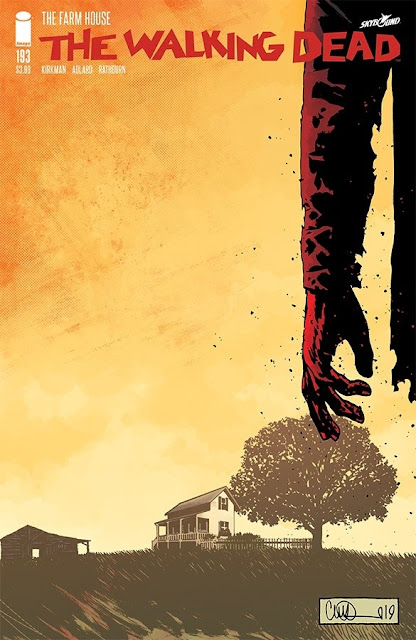 Image/Skybound’s long-running series THE WALKING DEAD by Robert Kirkman and Charlie Adlard has come to its conclusion with today’s #193 issue.

This final chapter in the pop culture phenomenon was hinted at by the events of issue THE WALKING DEAD #192 and, according to Kirkman’s farewell letter at the end of the issue, has been planned and a longtime coming.

“I’ll say it again, I love (loved… oh, god, I’m not ready for past tense) writing this series. I really don’t want it to end. In fact, I’ve been… kind of unsettled since I wrote the script for this issue. The whole thing just feels… weird,” Kirkman wrote in the letter. “In a way, killing this series has been a lot like killing a major character. Much, much harder… but the same feeling. I don’t WANT to do it. I’d rather keep going… but the story is telling me what it wants and what it needs. This needs to happen. Whether I want it or not.”

Eric Stephenson, Publisher and Chief Creative Officer at Image Comics, added: "THE WALKING DEAD has always been full of twists, but one thing that has never been surprising is Robert Kirkman’s absolute commitment to telling the best story he could on his own terms. Other comic books traffic in the illusion of change, but Robert and his collaborators embraced actual change, so it’s only fitting that THE WALKING DEAD end by confronting the biggest change of all—a resolution to the story Robert began over 15 years ago. It’s testament not only to Robert’s and Charlie’s abilities that THE WALKING DEAD #193 is such a fitting farewell, but also to the possibilities available to anyone in the creative community when they are allowed to tell stories the way they want."

THE WALKING DEAD #193 is in stores today. Stop by your local comic shop to pick up the oversized issue and find out how it all ends.