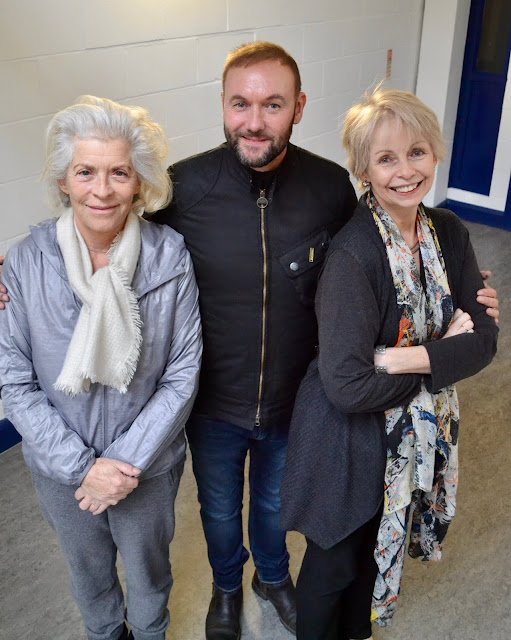 Lalla Ward and Seán Carlsen return to the greatest fight in the cosmos in Volume Three of Gallifrey: Time War, coming out in February 2020.

Gallifrey, often described as the sci-fi version of the West Wing, is based on the political mind games of the Doctor’s homeworld. For two series the planet has been plunged into a deadly war with the Daleks. Now our heroes, Romana (Lalla Ward) and Narvin (Seán Carlsen), need all their cunning to survive in a universe where allies are few...

Romana and Narvin are exiles, driven from Gallifrey by Rassilon’s regime and cut adrift amid the horrors of the Time War.
Their one remaining hope is that they can find their friend: Leela was also lost in the maelstrom of battle, but she is fighting to survive…

3.1 Hostiles by David Llewellyn
Exiled from Gallifrey, Romana and Narvin are fleeing from their own people and the Time War.
Seeking refuge on a derelict wreck they find they are not alone. And that Time Lords have enemies everywhere…

3.2 Nevernor by Lou Morgan
Narvin and Romana reach the distant, rural world of Njagilheim. But even here the Time War follows – and there are more things to fear in the Vortex than warships and weapons.
The Orrovix have caught a scent and they are hunting…

3.3 Mother Tongue by Helen Goldwyn
Leela was thrown into a Vortex ravaged by the Time War, lost in space and time – but the Trill have shown her mercy…
She finds herself in another realm, another life. One where the warrior is also a mother. Where she must help her son to choose the path to avoid his world’s destruction.

3.4 Unity by David Llewellyn
On a dusty frontier world, destiny awaits Romana…
Betrayal, deception and death are the currency on Unity. And as the Daleks close in on their target, there will be a price to pay.

Producer and director of the Gallifrey range, Scott Handcock, tells us more about these next adventures in the Time War: “Every time we come back to Gallifrey we try to do something different to keep our audience and characters on their toes! This time round, Romana and Narvin are thrust into a wider universe where the Time Lords are feared and hunted, looking for their only ally: Leela.

“It’s an unfamiliar format for Gallifrey, which feels good given the uncertain times our characters find themselves in, and it’s great to challenge our regulars with new kinds of material – plus an ending that genuinely stunned them.”
Gallifrey: Time War Volumes Three and Four are available for pre-order now ahead of their release in February 2020 and February 2021 each at £22.99 on CD or £19.99 on download from www.bigfinish.com. They will remain at this price until general release when they will be available for £34.99 on CD or £29.99 on download. Each box set will consist of four audio adventures plus an additional disc of extras.