Doctor Who: Short Trips – Battle Scars by Selim Ulug is out now 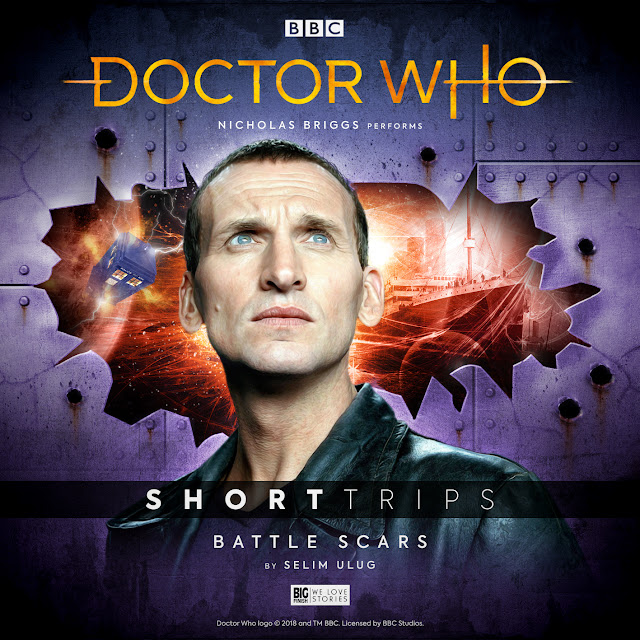 Doctor Who: Short Trips – Battle Scars by Selim Ulug is out now, on download exclusively from the Big Finish website.

Nightmarish memories of the Boer War. Crippling debts. An unconscious stranger in the garden. Arthur Daniels is beset with problems. Little does he know that his proposed solution could be the biggest problem of them all: a voyage to America aboard the RMS Titanic.

Writer Selim Ulug, a previous winner of the Paul Spragg Memorial Short Trips Opportunity, told us more about this tale for the Ninth Doctor (set before he met Rose): “It's a thrill to have the opportunity to write for Big Finish again. In Battle Scars we learn what happens when the Daniels family of Southampton encounter the Doctor. They're booked to sail on the Titanic, but when you run into the Doctor, unexpected things are sure to happen.

“In addition to answering the question of why the family stayed behind, I wanted to use this story to explore the impact of war on its participants. The Doctor, after all, was recently in the Time War. Other characters in the story fought in the second Boer War. They're all looking for ways to move forward.”

Narrated by Nicholas Briggs, Doctor Who – Short Trips: Battle Scars is available now at just £2.99 on download (only) from Big Finish.

Or why not save money with a bundle of the Short Trips range and get the 12 stories from series 9 for just £30 – a whole year’s worth of stories to keep you going!

And if you purchase a bundle today you’ll immediately unlock the previous Short Trips from 2019 as well: The Same Face, Under Odin’s Eye, Doctors and Dragons, The Revisionists, The Astrea Conspiracy and Year of the Drex Olympics.

Coming next in the Short Trips range, #HarrySullivan gets trending! This Fourth Doctor, Sarah Jane and, of course, Harry Sullivan story is narrated by Louise Jameson.

En route to answer the Brigadier’s summons, the TARDIS is dragged off course. The Doctor, Sarah Jane and Harry find themselves trapped on The Zephyr, a spaceship that is going at full speed and yet is unable to move. With fuel running dangerously low, their only hope lies on Alderasea, a nearby world exclusively for the famous and celebrated.

However, Alderasea has never heard of them and has no intention of letting them land…