ARMSTRONG AVAILABLE ON DIGITAL NOW; BLU-RAY AND DVD ON 15 JULY 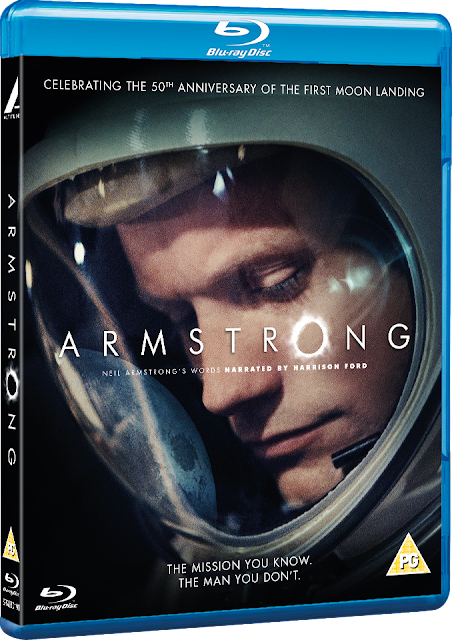 In the week leading up to the celebrations of the 50th Anniversary of the first Moon landing, ARMSTRONG is released on Digital, Blu-Ray and DVD. It is an exceptional and timely new feature documentary from the producers of the box-office hit SPITFIRE and the award winning THE LAST MAN ON THE MOON.

Directed by David Fairhead (SPITFIRE) ARMSTRONG is the definitive life story of Neil Armstrong: from his childhood in rural Ohio, through his near death experiences in aerial combat in the Korean War, pushing the limits as an experimental test pilot through to those historic first steps on the Moon – and the unwanted celebrity status that ensued. In his own words David said “Telling this story is a documentary filmmaker’s dream. When Neil made his small step onto the lunar surface, it marked his transformation from mere man to global celebrity – something he spent the rest of his life trying to avoid. Through the testimony of colleagues, friends and family we outline his achievements and tell the seemingly familiar, yet little known tale of the First Man on the Moon.”

Made with the full support of his family, this dramatic, moving and insightful film includes previously unseen home-movie footage shot by Armstrong himself. Neil’s own words provide the narration based on his rare interviews, writings and speeches, which are delivered by renowned actor and aviation enthusiast Harrison Ford.

Featuring exclusive interviews with his family, fellow astronauts and aviators and those who knew him in his youth and later life, ARMSTRONG is the extraordinary and unique story of a quiet, determined man who became an aviator, astronaut, husband, father and reluctant hero.

Mark and Rick Armstrong commented; “We were delighted to collaborate with the filmmakers on this wonderful portrait of our Dad. We hope that audiences enjoy the opportunity to see some very rare footage of him and to share in celebrating his memory and his achievements.”