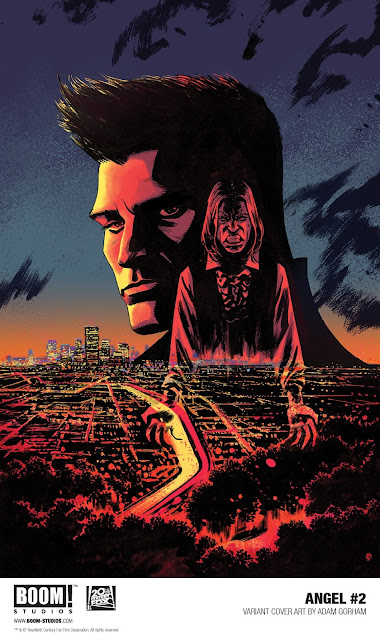 Meet Angel – a vampire cursed with a soul who has spent centuries protecting humanity from the monsters that lurk in the dark…including himself. Now, looking for redemption for the atrocities committed by the monster he was when he was first turned at the age of 18, Angel stumbles upon a new demon uprising and a shocking truth: The restoration of his humanity can only come if he takes one more life – a certain Slayer from Sunnydale who he’s never met…but may now be his greatest enemy.

Angel is in Sunnydale, searching for a cure to his centuries-long existence as a vampire cursed with a soul, but all he’s found is even more death, the loss of a loved one, and a mysterious monster that he can’t see or follow, that uses the evil mirror of social media and modern communication to lure victims into an existence worse than death. Can Angel catch up to the monster before it can take the lives of any other Sunnydale teens? And what exactly does the monster want with a young, troubled woman named Winifred Burkle?

Created by visionary writer and director Joss Whedon (Marvel’s The Avengers film franchise), Angel premiered on the WB Network on October 5th, 1999 and was a spin-off from Buffy The Vampire Slayer. The series ran for five seasons from 1999-2004, starring David Boreanaz as Angel, the tortured vampire destined to walk the earth with a soul who moved to LA to set up shop as a supernatural private investigator. Despite Angel’s best efforts to deal with the sins of his past all by himself, Angel Investigations soon became home to other lost souls searching for redemption and willing to fight by his side.

Print copies of ANGEL #2 will be available for sale on June 26, 2019 exclusively at local comic book shops (use comicshoplocator.com to find the nearest one). Digital copies can be purchased from content providers, including comiXology, iBooks, Google Play, and the BOOM! Studios app. 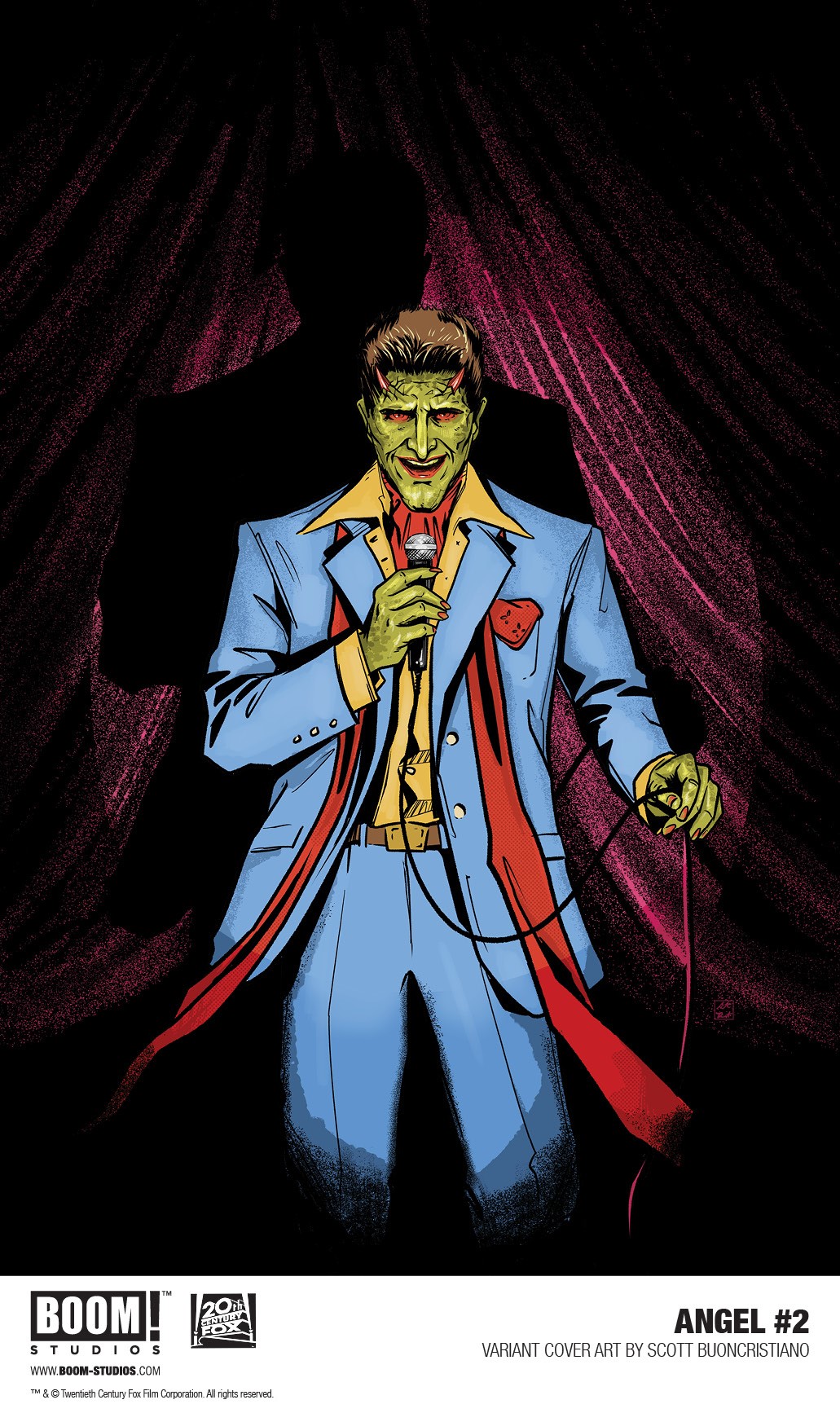 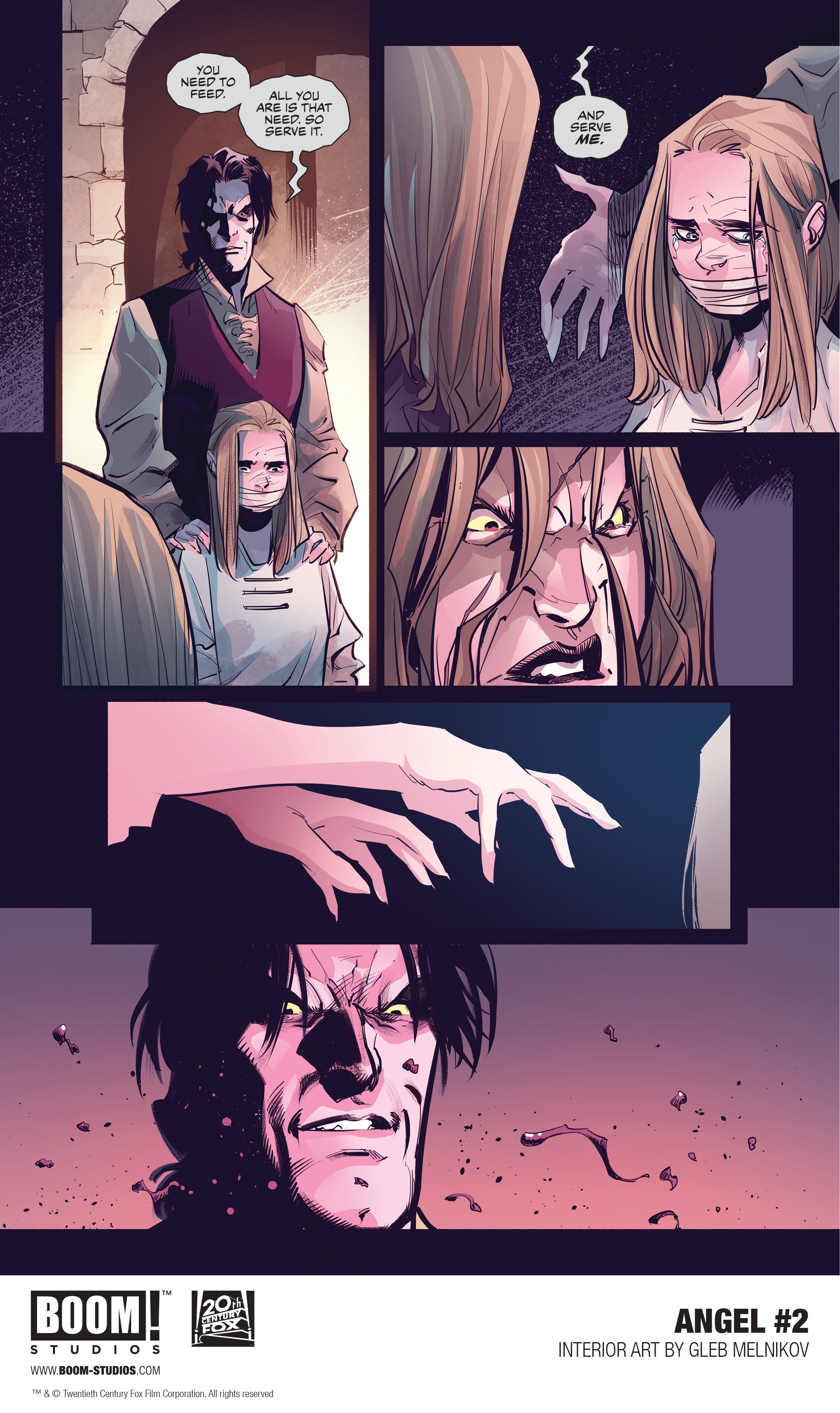 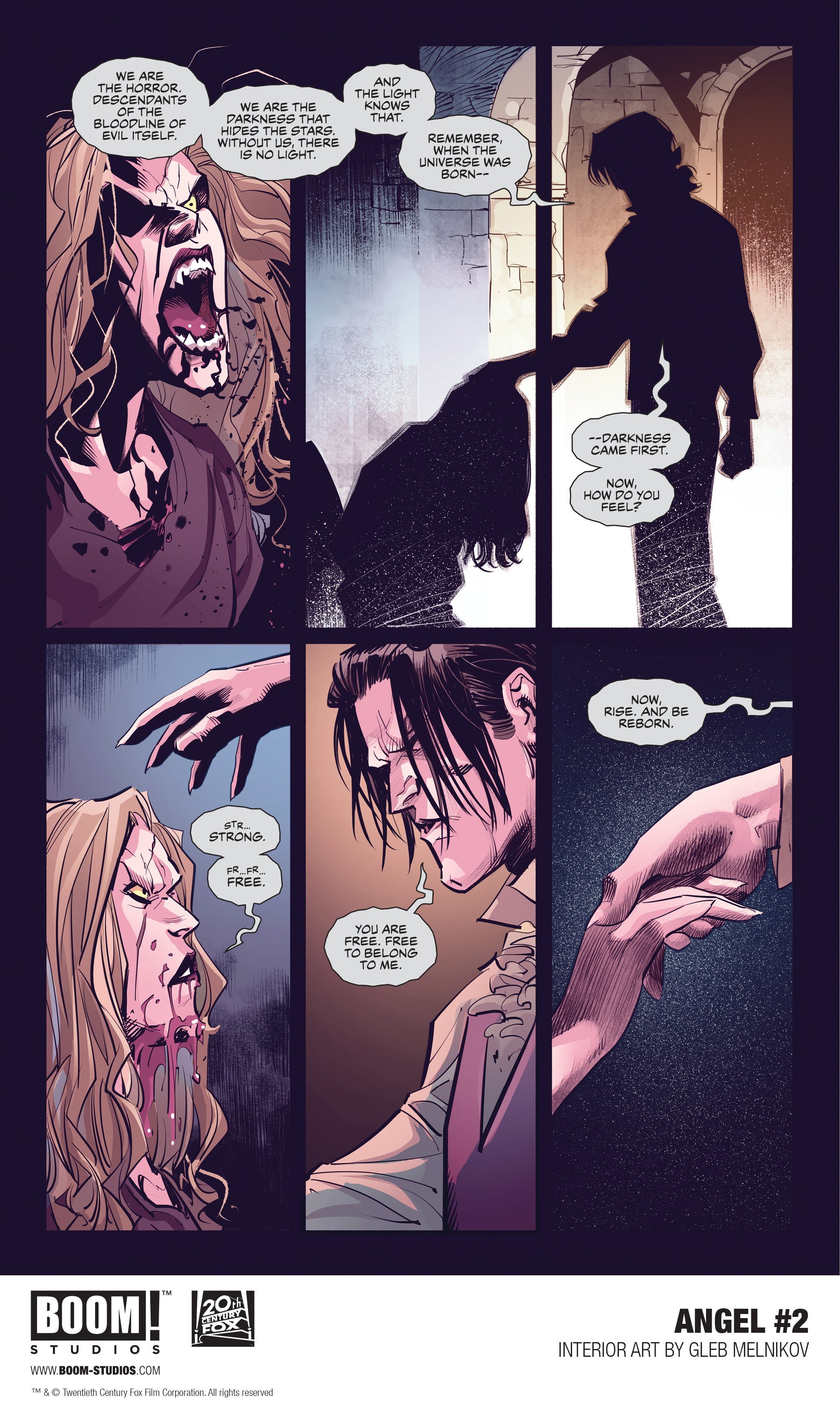 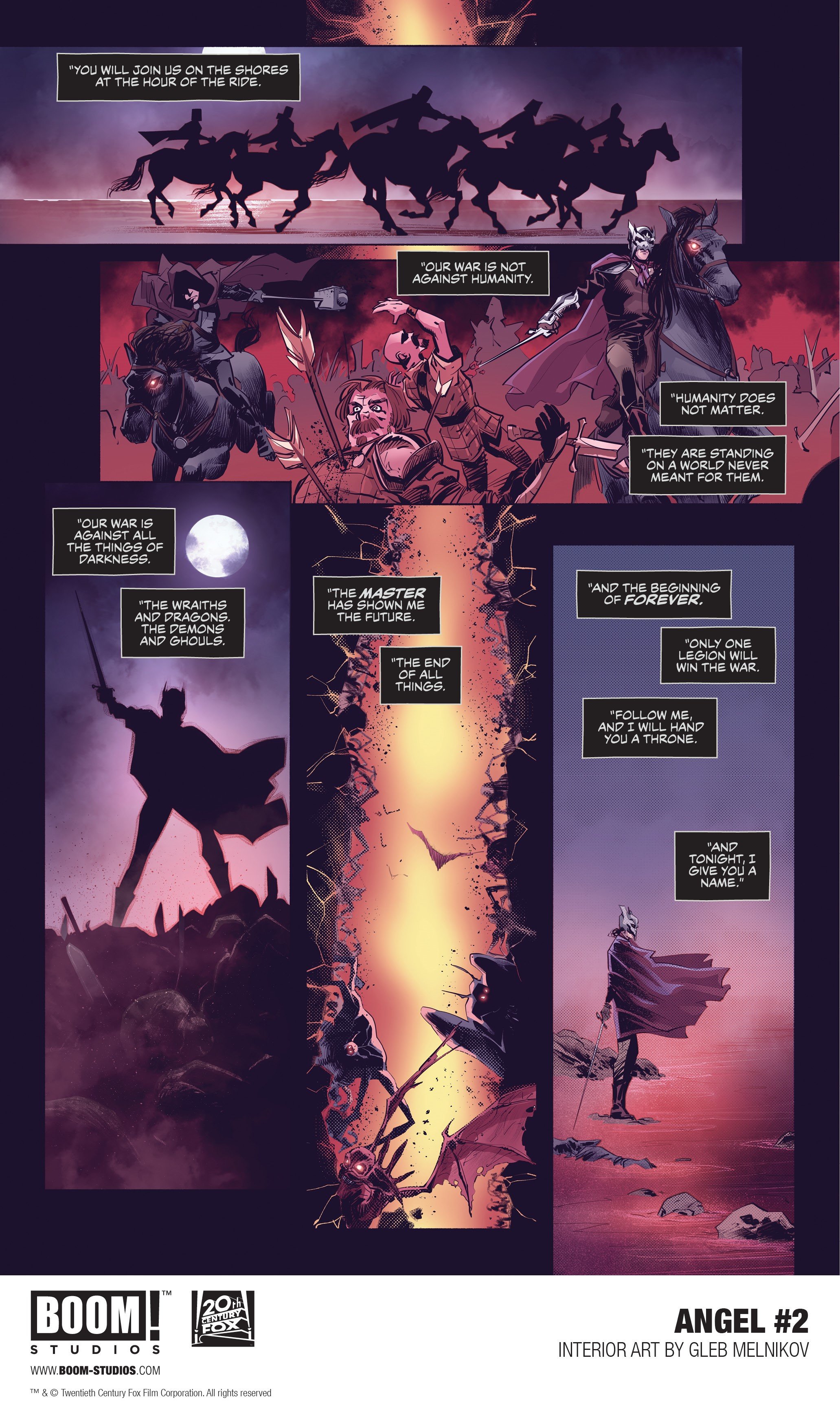 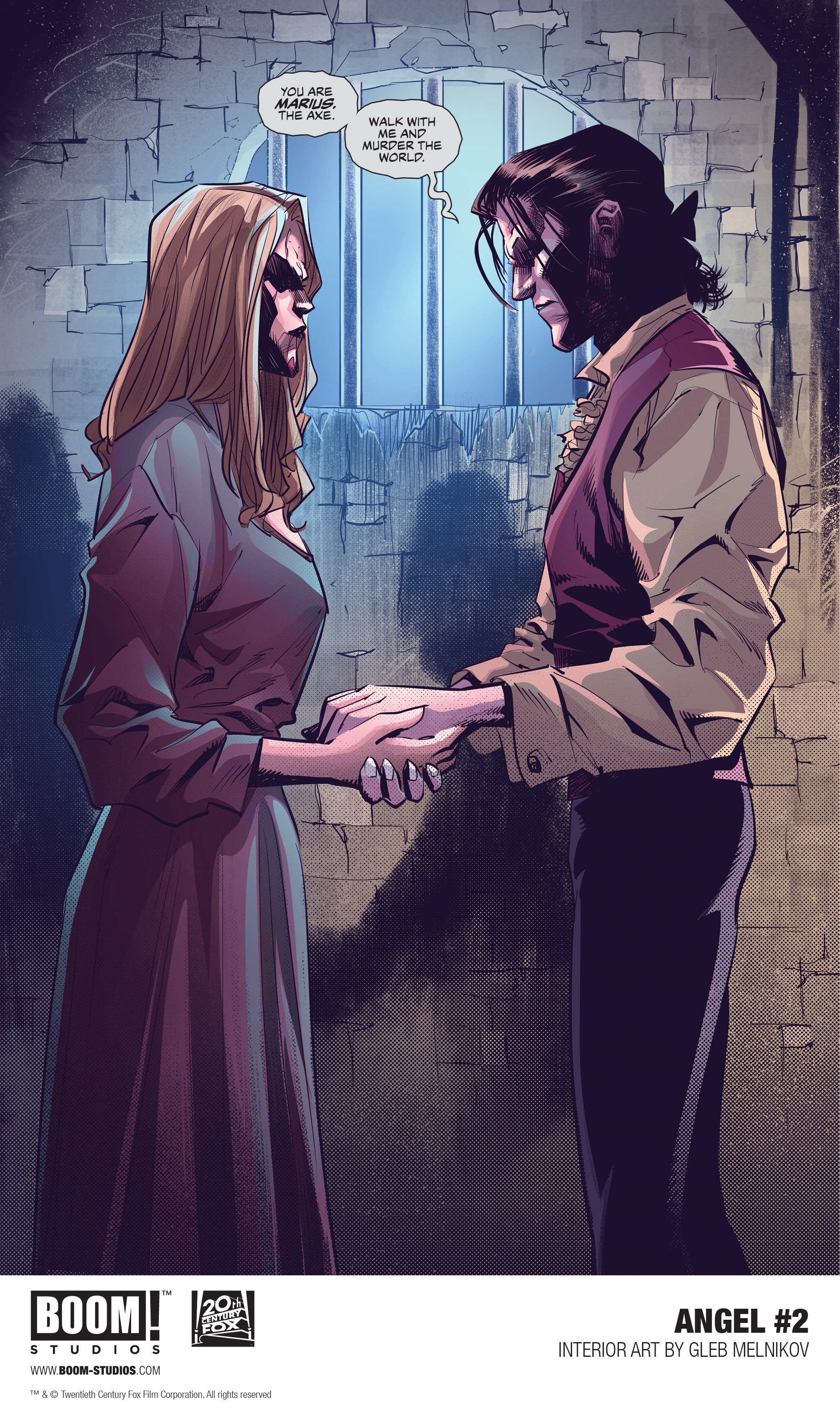