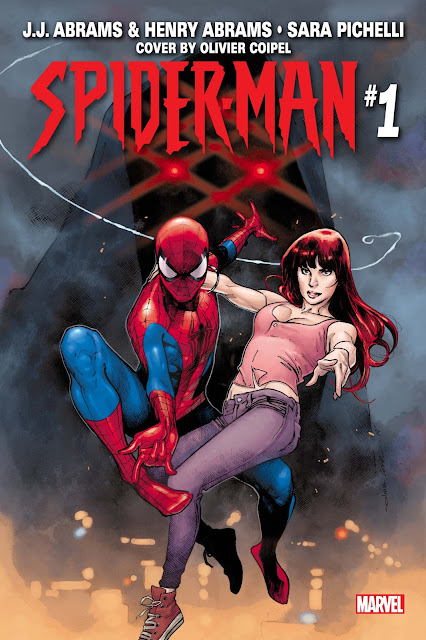 The filmmaker will be joined by superstar artists Sara Pichelli and Olivier Coipel!

The secret is out! This September, legendary filmmaker J.J. Abrams (Star Wars, Star Trek, Super 8) and his son Henry Abrams will co-write SPIDER-MAN, a five-issue limited series years in the making, with art by the incredible Sara Pichelli (Miles Morales, Guardians Of The Galaxy) and cover art by the amazing Olivier Coipel!

Speaking to The New York Times, J.J. teased, “The story shows Peter Parker in a way you haven’t seen him before.”

“Spider-Man is one of those super heroes where the more you read about him, for me at least, the less I understand him,” added Henry. “He’s so anti-everything that you’d expect from a hero. I think Stan Lee said something about putting the human in superhuman. That is what we’re trying to do.”

Together, the father-son duo will introduce fans to a mysterious new villain named Cadaverous – whose identity remains to be seen…but what do they have planned for Peter Parker and Mary Jane Watson?!

All will be revealed this fall in SPIDER-MAN #1!

For more information on this exciting new limited series, check out the announcement video on Marvel’s social channels or visit Marvel.com.