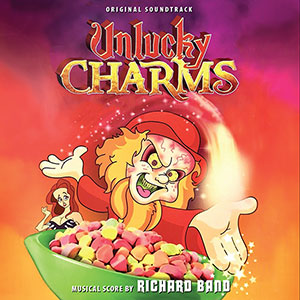 Intrada continues its ongoing series of soundtracks by composer Richard Band. This time around Intrada features his score for the 2013 Full Moon feature Unlucky Charms. Band was elated to score this film because the fantasy genre is his favorite and Unlucky Charms features alongside his scores to Troll. Dr. Mordrid, and Dragonworld. It's a genre that intermingles history with legend and unlocks the imagination. With only three weeks to score the film, Band was immediately inspired to deliver a colorful, mysterious work capturing all of the elements of fantasy, particularly good vs. evil. Themes became a vital part of the score. He relied on the mystical sound of choir and solo voices, as well as the bright colors of celesta, harps and orchestra bells to provide a sheen of magic, not to mention traditional string and brass writing.

In the film, five girls vie to model diva Deedee DeVille's fashion line, but they're soon competing for their lives against four mythical beings, led by Farr Darrig. DeVille wants to steal the girls' souls, but the beings have other plans... 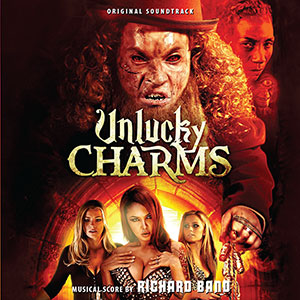