Doctor Who - The Fourth Doctor returns on vinyl to Sainsburys 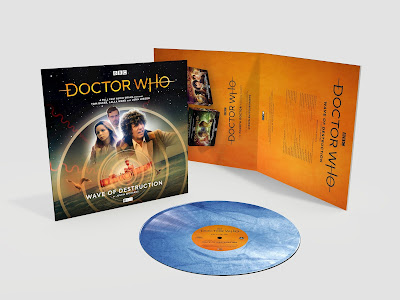 Sainsbury’s will launch Doctor Who: Wave of Destruction starring Tom Baker, Lalla Ward and John Leeson on Friday 19th July 2019. It will be released as a Limited Edition run of 1500 copies on ocean swirl vinyl – only available in the UK, in Sainsbury’s stores.

In this full-cast audio drama from 2016, the Vardans return to take on Tom Baker’s Fourth Doctor. The Doctor had previously encountered the Vardans on Gallifrey, the Doctor’s home planet, in the 1978 television story, The Invasion of Time. 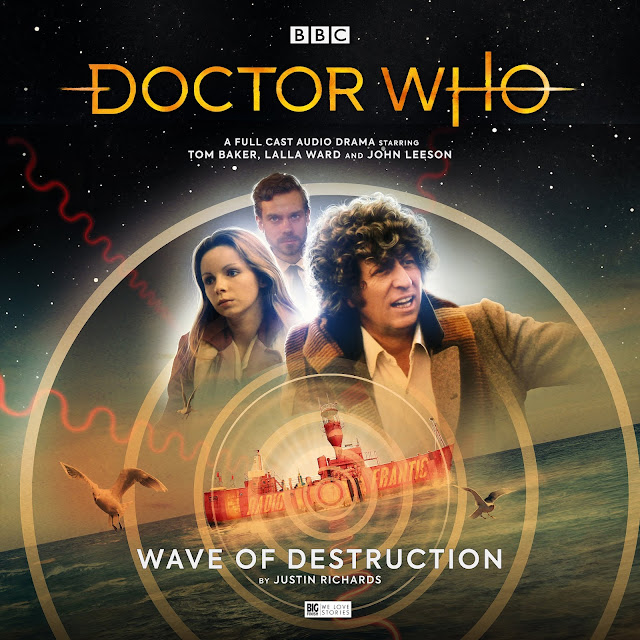 A modulated frequency wave cancellation signal isn’t something that the Doctor and Romana expect to detect in 1960s London. But then they don’t expect to find Professor Lanchester, the man who invented it, lying unconscious. Or MI5 investigating. With the help of MI5 Agent Miller; Lanchester’s daughter Jill; and his nephew – a pirate radio DJ called Mark; the Doctor, Romana and K-9 investigate. They soon discover that there is more at risk than they imagined, and an alien invasion is about to begin. Can the Doctor identify and defeat the aliens in time? Will Romana manage to find a recombinant transducer before it’s too late? And how will K-9 cope with his new job?

Tom Baker portrayed the Doctor on screen from 1974 until 1981 returning to star alongside Matt Smith, David Tennant and John Hurt as the curator in the 50th anniversary TV special, The Day of the Doctor, in 2013.

John Leeson was first brought in as the voice of K-9 – the Fourth Doctor’s robot dog – for the 1977 TV story, The Invisible Enemy. After a short break John returned for season 18 of Doctor Who in 1980. He also reprised his role as K-9 in the pilot TV episode for K-9 and Company (1981 – a spin-off from Doctor Who) and voiced K-9 for the 20th anniversary TV episode of Doctor Who, The Five Doctors and the 2006 Doctor Who TV episode, School Reunion.

Lalla Ward made her debut as Romana in December 1979, and after almost three series she made her last appearance alongside John Leeson in January 1981.

Of this special vinyl release, Lalla Ward said: "Recording Wave of Destruction was an absolute delight and I’m very pleased that we’ve made it onto a record. Romana is used to running circles around the Doctor so she’ll be right at home on the turntable."

Wave of Destruction, written by Justin Richards, is the first story of the fifth series of The Fourth Doctor Adventures, produced by Big Finish Productions.

CDs and downloads are available from the Big Finish website www.bigfinish.com