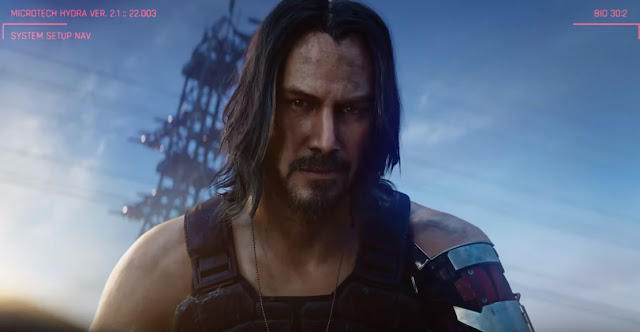 Keanu Reeves Revealed To Be In CyberPunk 2077

E3 took place over the weekend and two words dominated the event.  No, not CyberPunk 2077 but KEANU REEVES.  CD Projekt Red revealed not only a cinematic trailer for their upcoming highly anticipated open world game, not only did they reveal a release date of 16th April, 2020 but they alse revealed that the John Wick star will be in the game.

The actor walked on to stage to a thundering crowd and looking slightly overwhelmed and embarrassed by the response.

You can watch the new cinematic trailer below: