Your First Look at FIREFLY #7 From BOOM! Studios 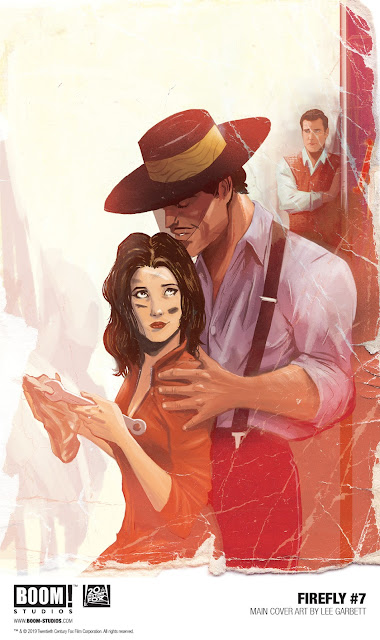 Old enemies become unexpected allies and there might even be a bit of romance brewing in the air. Kaylee’s been spending an awful lot of time with the outlaw Chang Benitez but the crew’s not too happy with her new beau, and one crew member in particular finds the blossoming relationship fairly suspicious. At the same time, Mal must team up with Boss Moon as they both try to survive the coming firefight against Alliance forces.

FIREFLY #7 is available June 19, 2019 exclusively in comic shops (use comicshoplocator.com to find the nearest one) or at the BOOM! Studios webstore. Digital copies can be purchased from content providers, including comiXology, iBooks, Google Play, and the BOOM! Studios app. 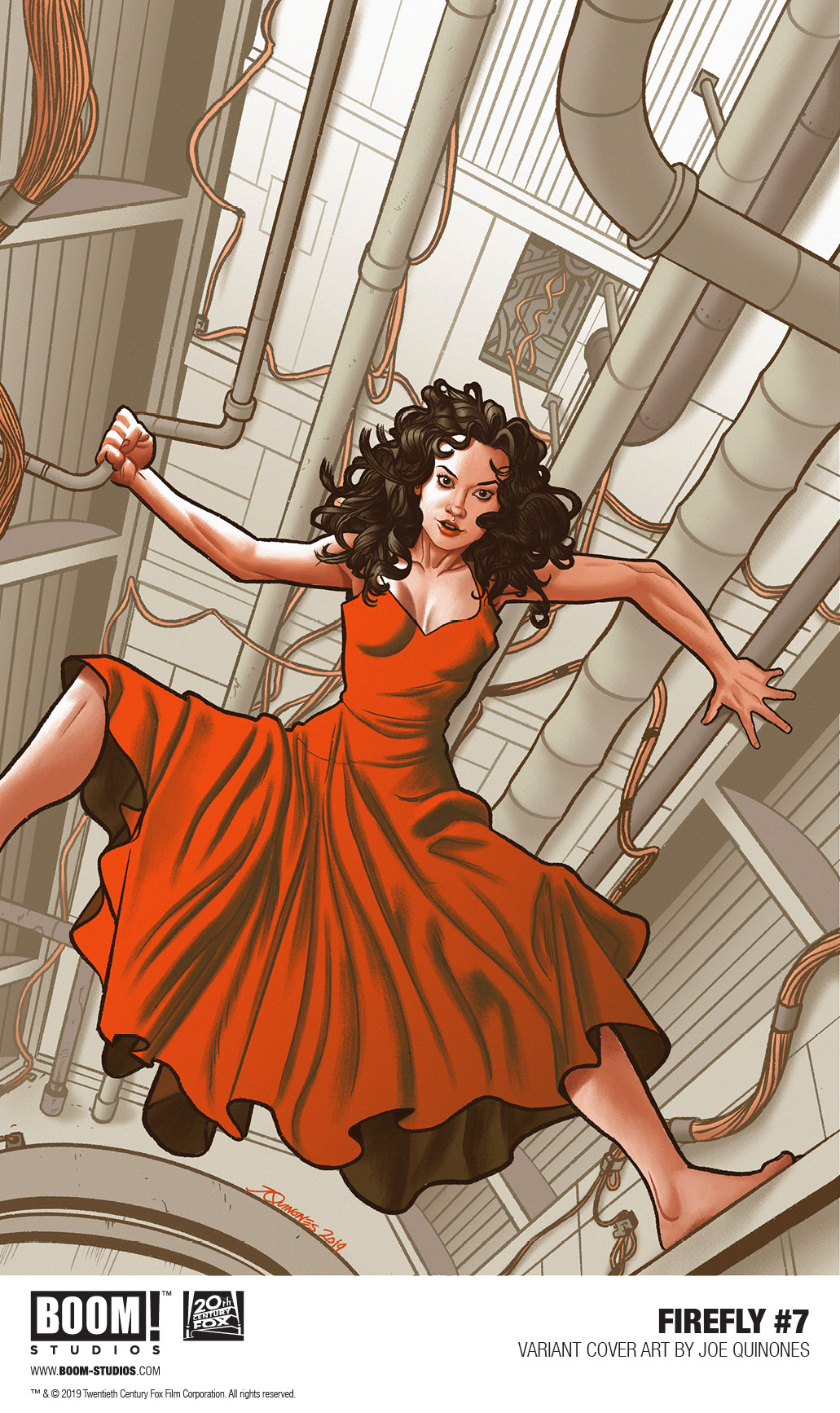 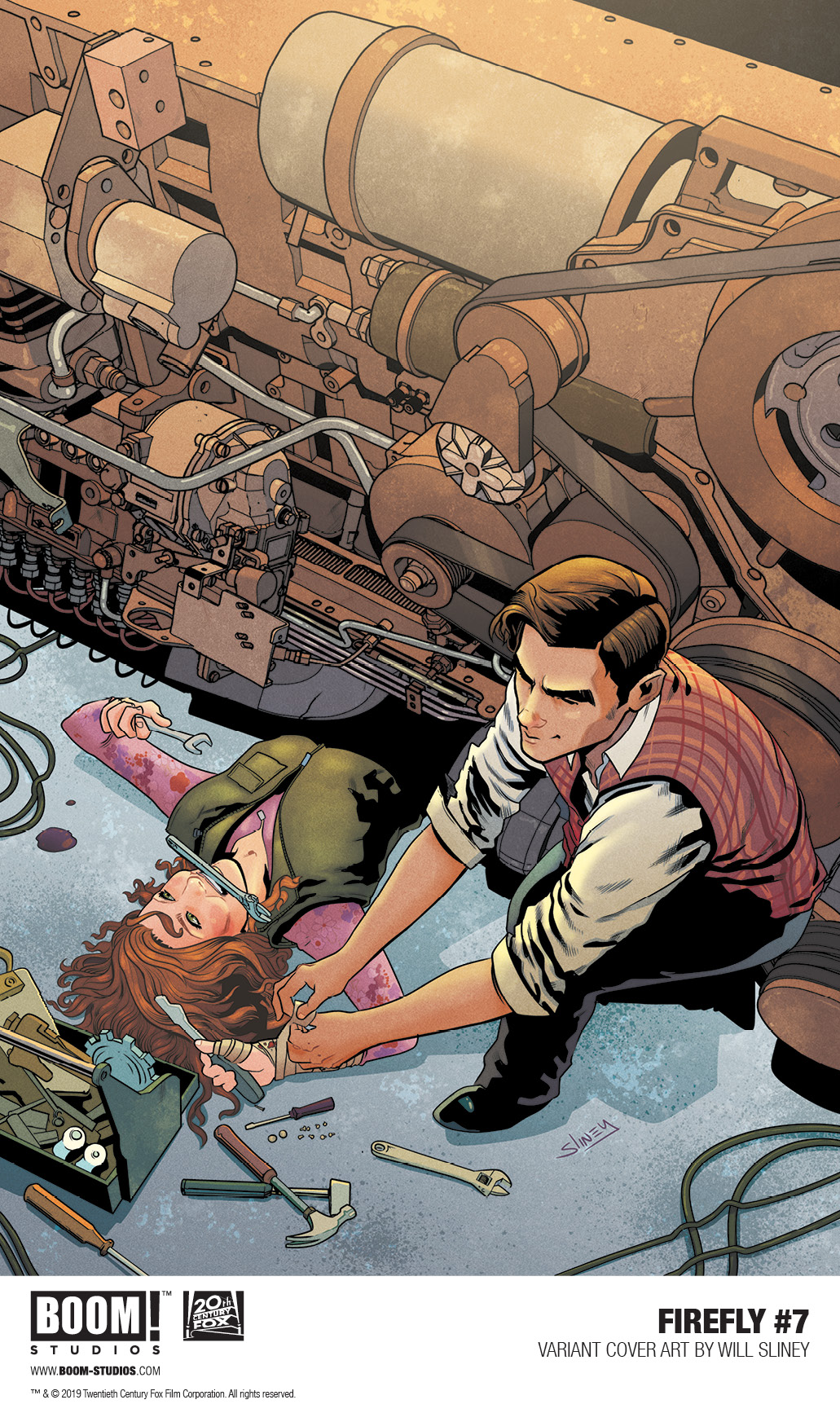 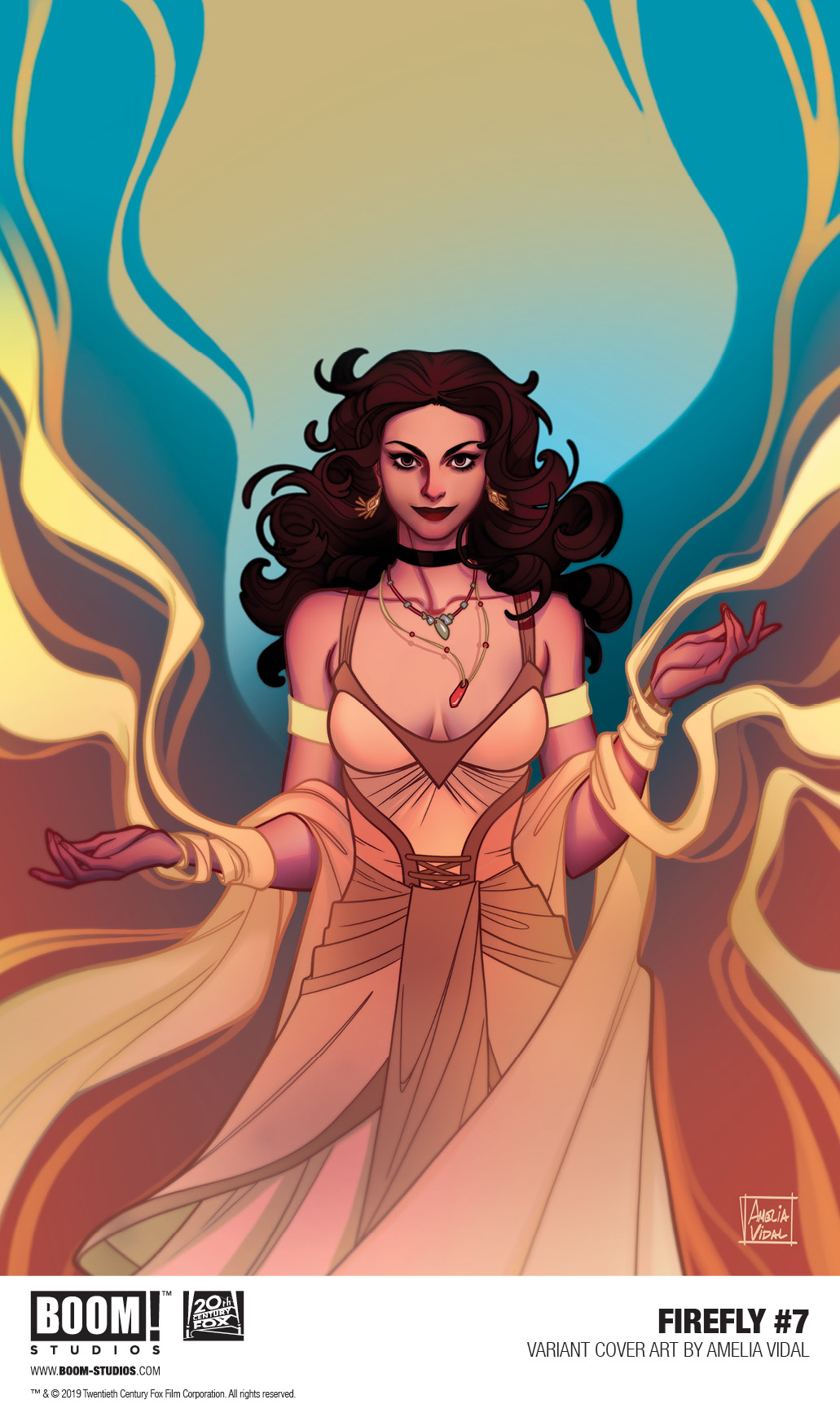 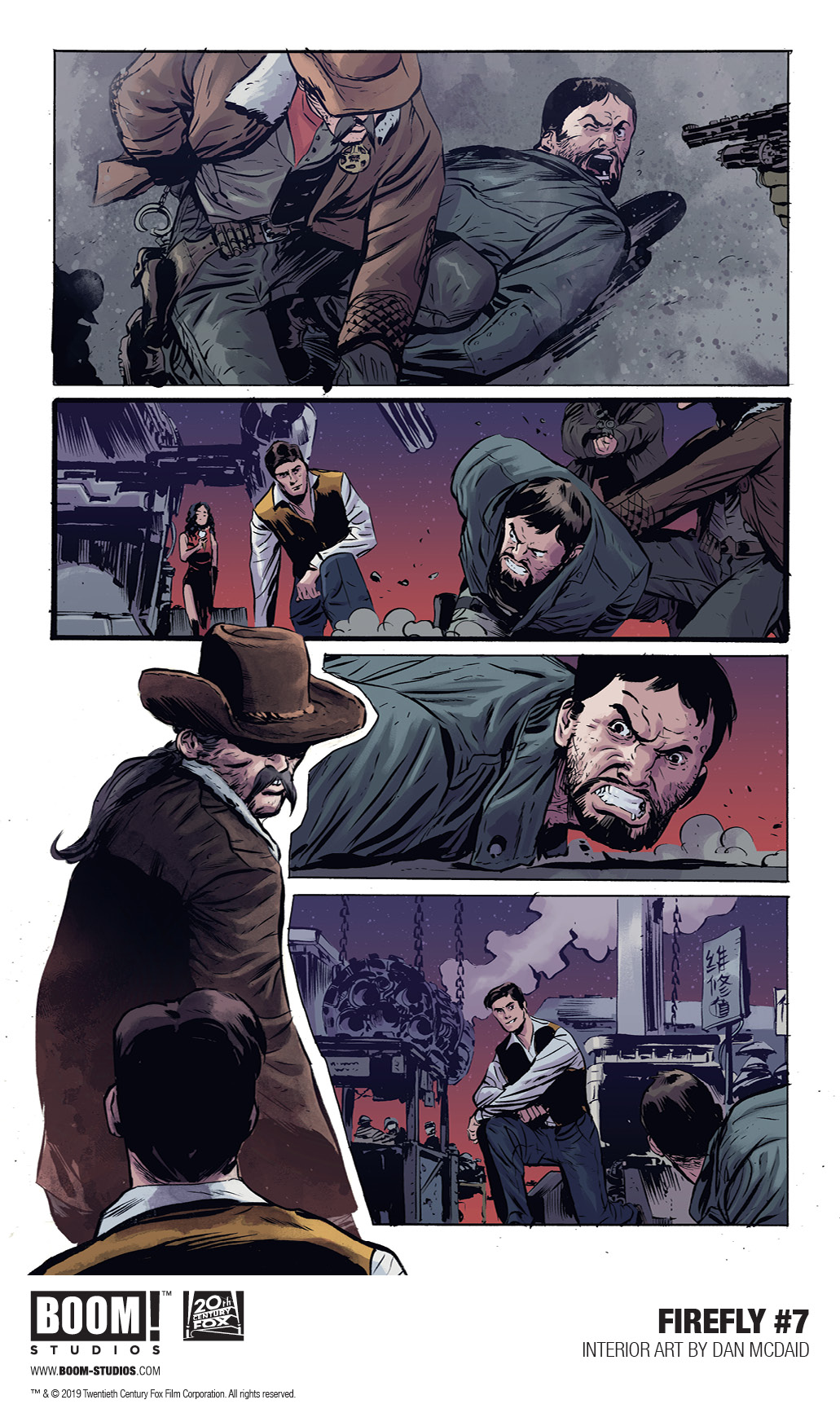 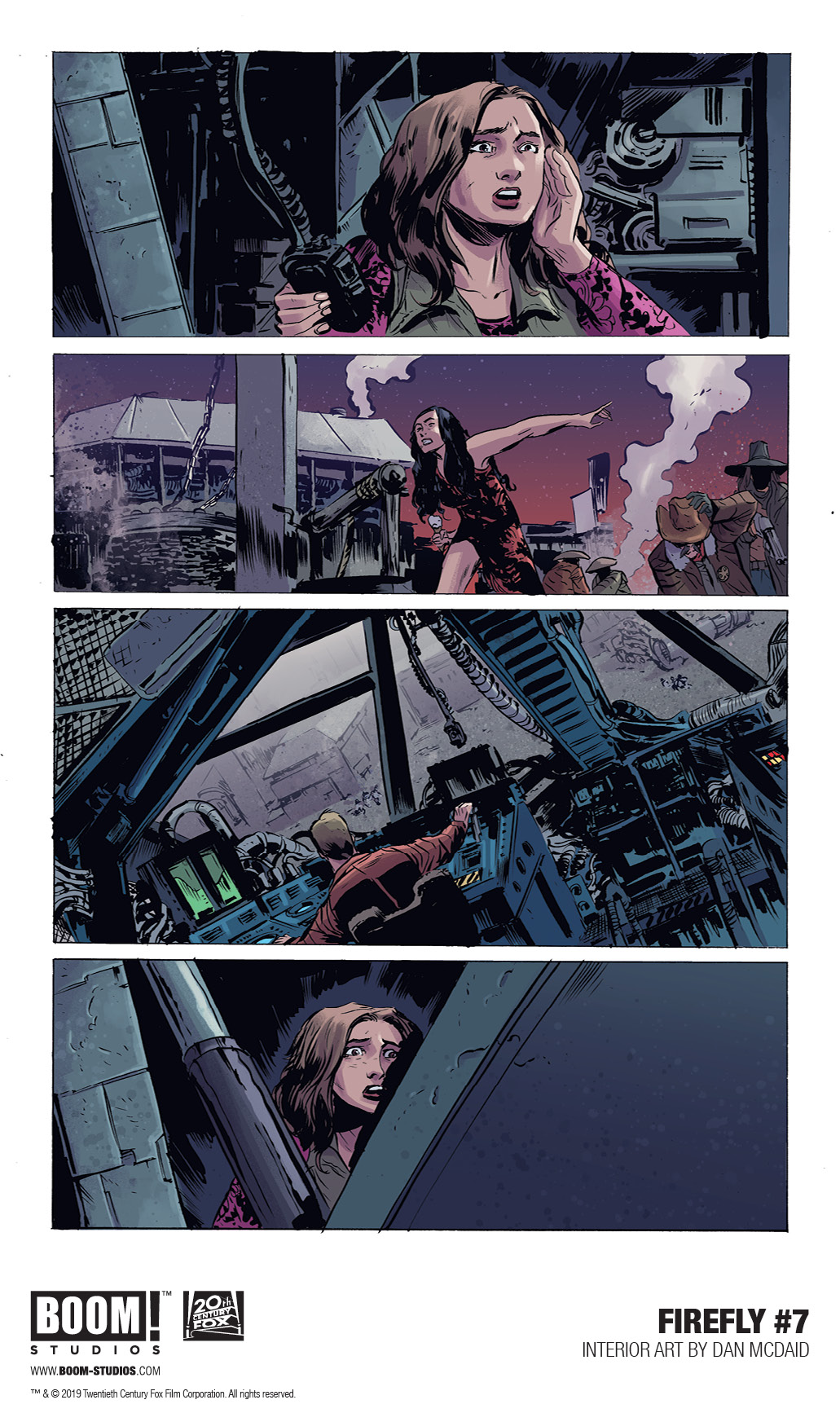 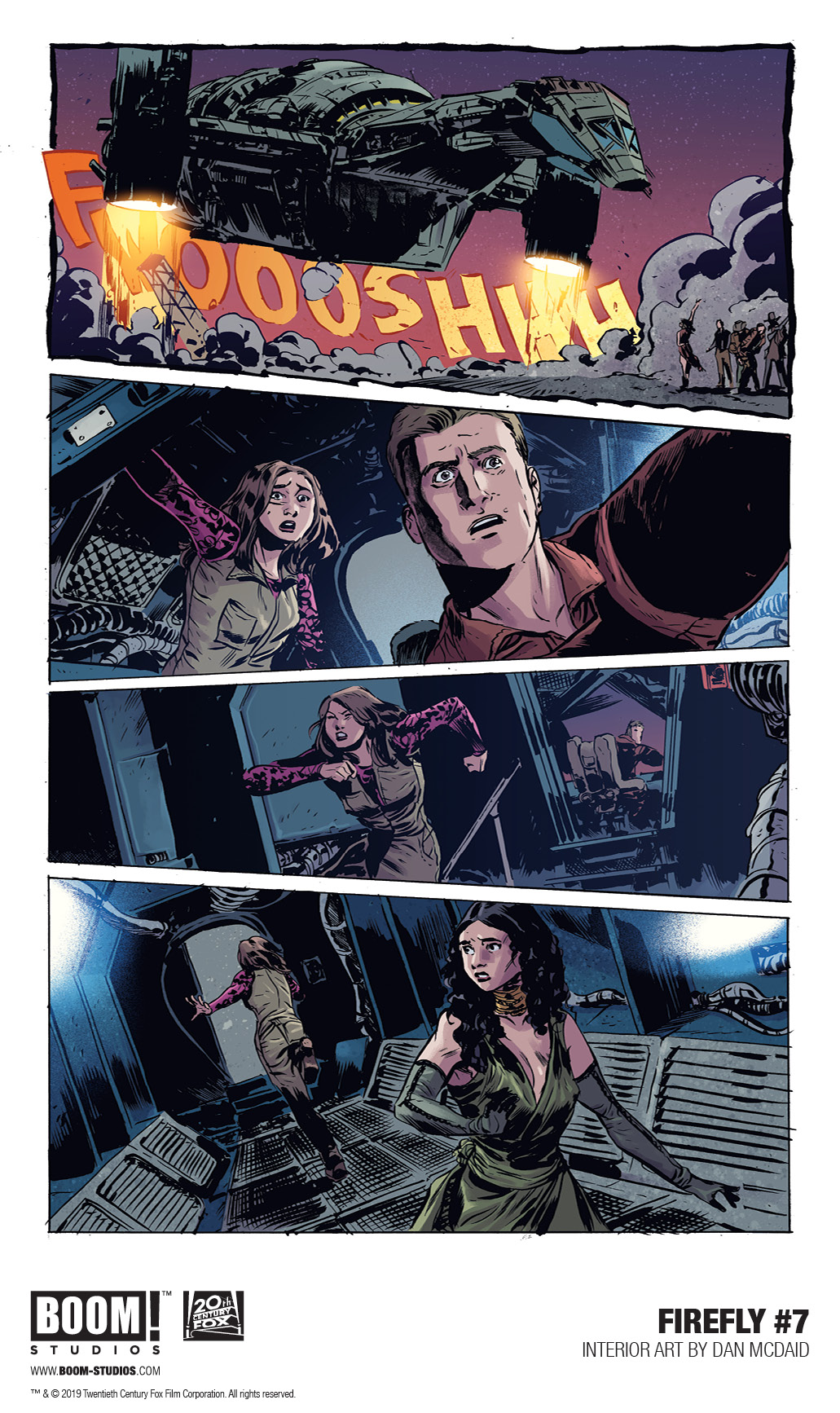 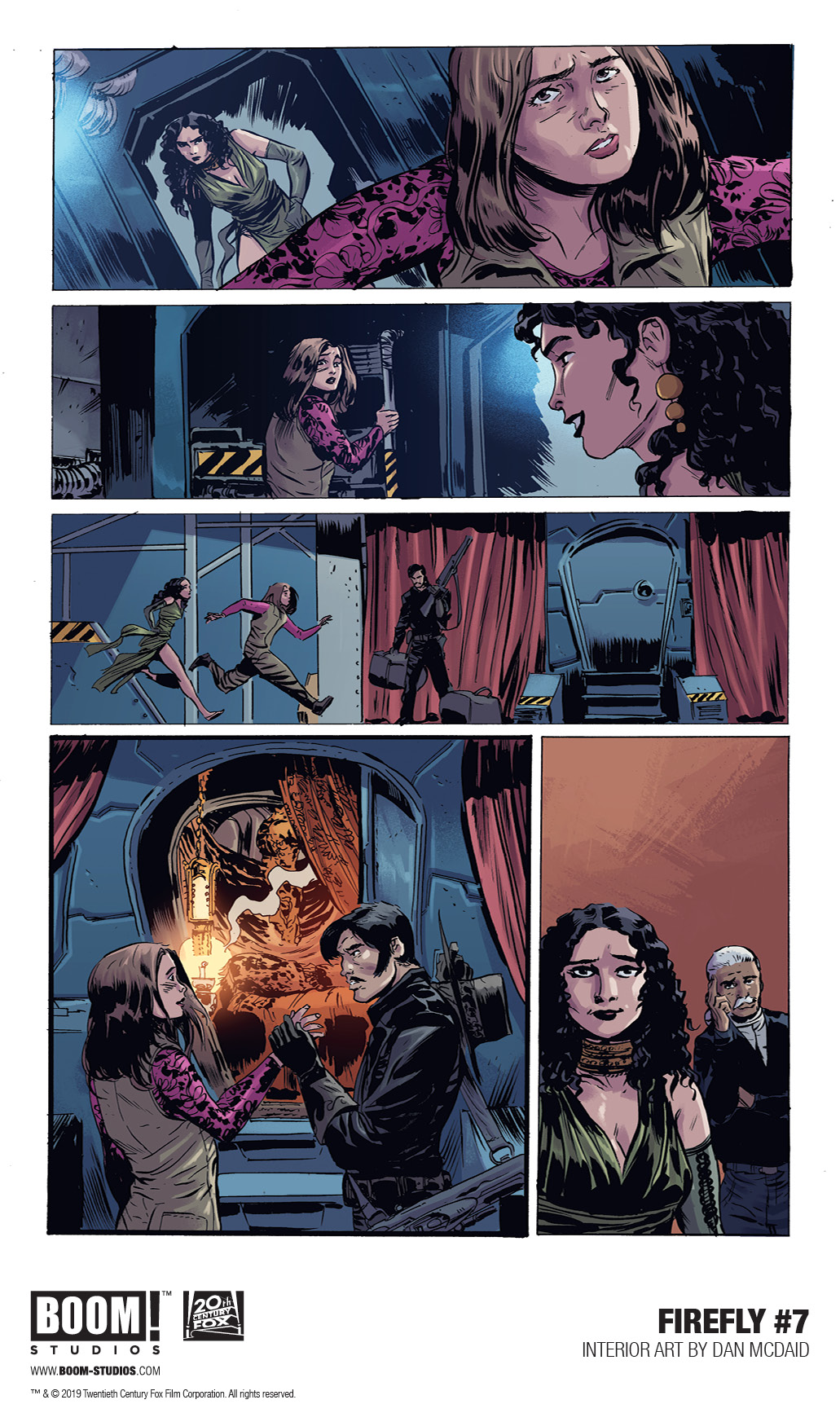 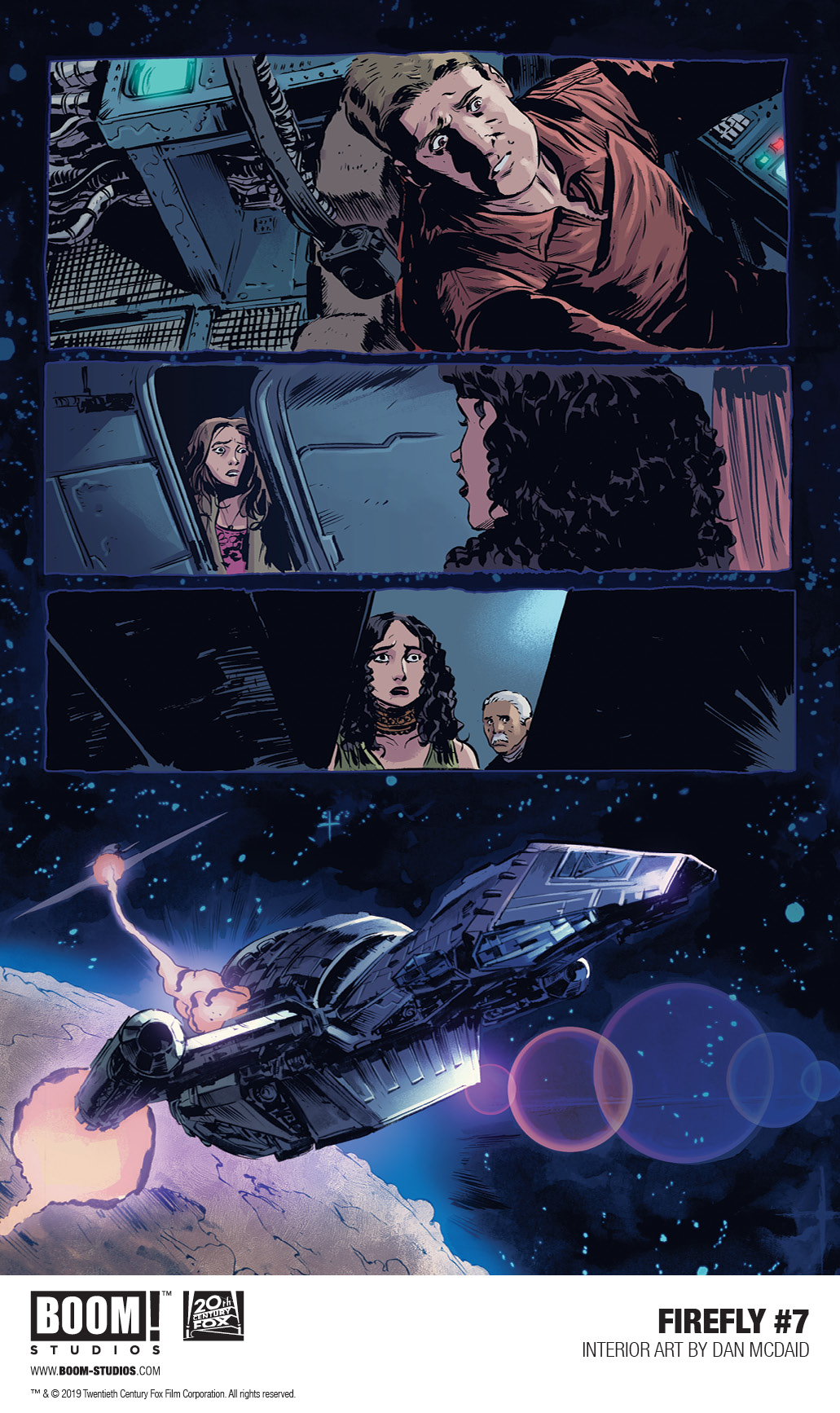