The Orville Renewed For Season 3 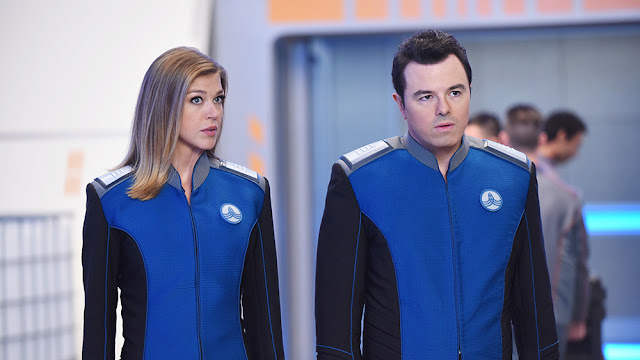 Seth MacFarlane's The Orville Gets A Third Season

They made us wait but in the end the news is good news for fans of The Orville as a third season has been green-lit by Fox.  As a fan myself I am so happy that this amazing sci-fi series by the talented Seth MacFarlane will be returning.  It's been a long time where I genuinely look forward to each episode of a TV show and can't wait for the next.  The Orville and especially season 2 has been one of those rare TV shows for me.

The Orville renewal was probably helped by TV tax credits where it is reported the series was approved to receive $15.8 million in credits which would make the series considerably cheaper to produce.  Couple that with a devoted fan base and critical approval from not just fans but critics too, they kept us waiting but it was only a matter of time before The Orville was renewed.

Stay tuned for more news on season 3 as it comes in.  Want to share this Twinkie?