Mountainhead, a Mind-Bending Thriller in Five Frenzied Issues, Debuts in August from IDW 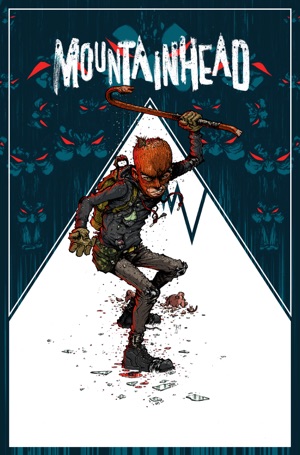 Writer John Lees and Artist Ryan Lee Take Readers Off the Grid and On a Collision Course with Horror!

In Mountainhead, Abraham Stubbs and his father Noah roam America in a nomadic existence, convinced that they are being pursued by sinister government forces. Living off the grid, burgling houses to survive, they are unwittingly on a collision course… with the bloodied survivor of a climbing expedition gone horribly wrong. What transpires next is a psychological thriller guaranteed to quicken the pulse! “Don’t slow down. Don’t get comfortable. Don’t think you’re safe. Be ready to run.”

"Mountainhead is a story that means a lot to me, one anchored in character and human drama, but which will also push the envelope with suspense and dread in unorthodox, surprising ways. Abraham Stubbs is a character who has lived in my head for some time, a kid raised from infancy to be a survivor but who could never have anticipated the challenges he's faced with here," says John Lees.

“Visceral, suspenseful, unnerving, and at times, absolutely bonkers – Mountainhead has all the trademarks of quality horror. There's also a pedigree of measured story-craft amidst the havoc and darkness that John brings to this yarn,” says Ryan Lee. “I want to mirror his original vision with my best work, to give readers a lasting story where the craft and passion we put into it comes through in each and every moment.”

“What really grabbed me about this series, apart from its interesting setting and premise, is how it gets into the head of our protagonist as he is put into an impossible situation. Add in some unique horror elements, and Ryan Lee’s vivid art, and this makes for a riveting, engaging read," says editor Bobby Curnow.

Mountainhead joins IDW Publishing’s 2019 roster of celebrated creator-owned titles, whose atmospheric visuals and evocative storytelling that have been met with critical acclaim and swift sales – including Amber Blake, Ghost Tree, and Road of Bones, each of which have required additional printings to meet fan and retailer demand.