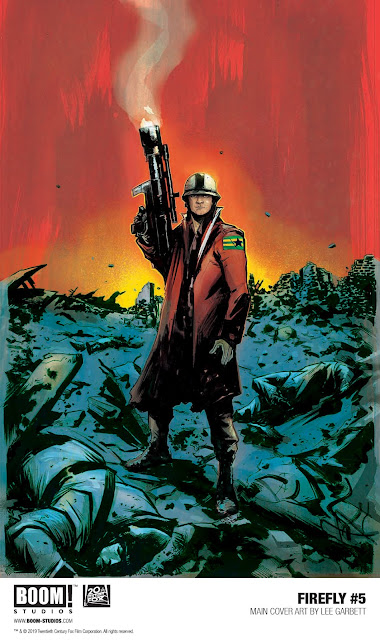 Finally, the crew of the Serenity is back together again, ready to escape this gorram planet and never look back. There’s just one problem—they left their captain behind! Mal’s currently tied up on Boss Moon’s shuttle headed straight for the closest Alliance outpost, where he’ll have to sit trial for his war crimes and most likely hang for his actions during the Unification War. With Mal captured, a busted engine, and half the planet still on their tail, our favorite band of space thieves will have to pull a miracle out of thin air to reunite with their captain once again.

“It’s always a wild ride with the crew of Serenity, but they do leave a bit of a trail throughout the ‘verse made up of people they’ve wronged and others who were collateral damage.” said Jeanine Schaefer, Executive Editor, BOOM! Studios, “Serenity is no stranger to grievances and murky pasts, but Mal and Zoe have always managed to pull their crew ahead of the trouble chasing them—until now. How do you escape from your own past?”

FIREFLY #5 is available April 24, 2019 exclusively in comic shops (use comicshoplocator.com to find the nearest one) or at the BOOM! Studios webstore. Digital copies can be purchased from content providers, including comiXology, iBooks, Google Play, and the BOOM! Studios app.

Available now, Firefly: Legacy Edition Book One collects previously released Serenity comics for the first time under one cover in a new value-priced format as Mal & the crew ride again in these official sequels to the critically acclaimed Fireflytelevision series and Serenity film. 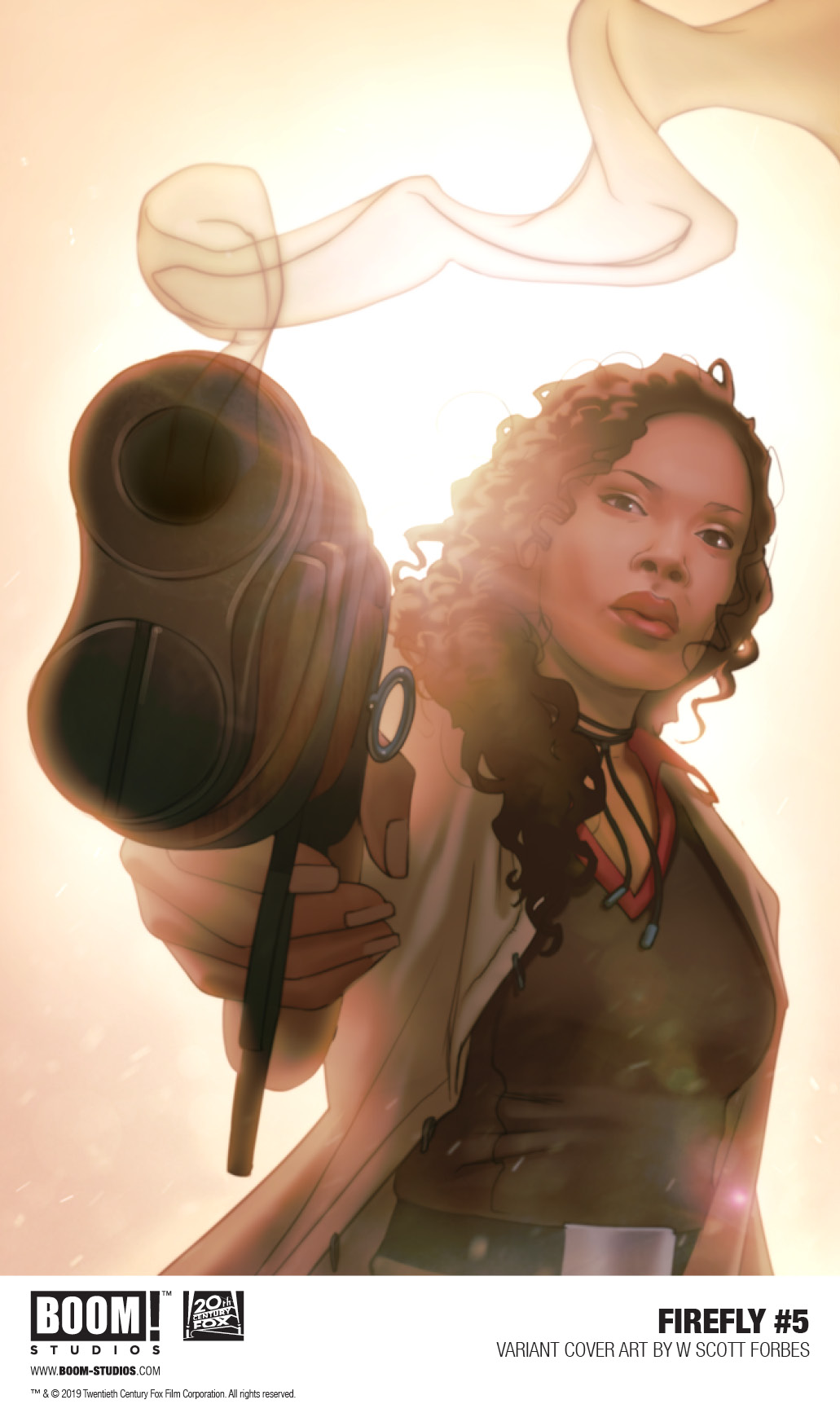 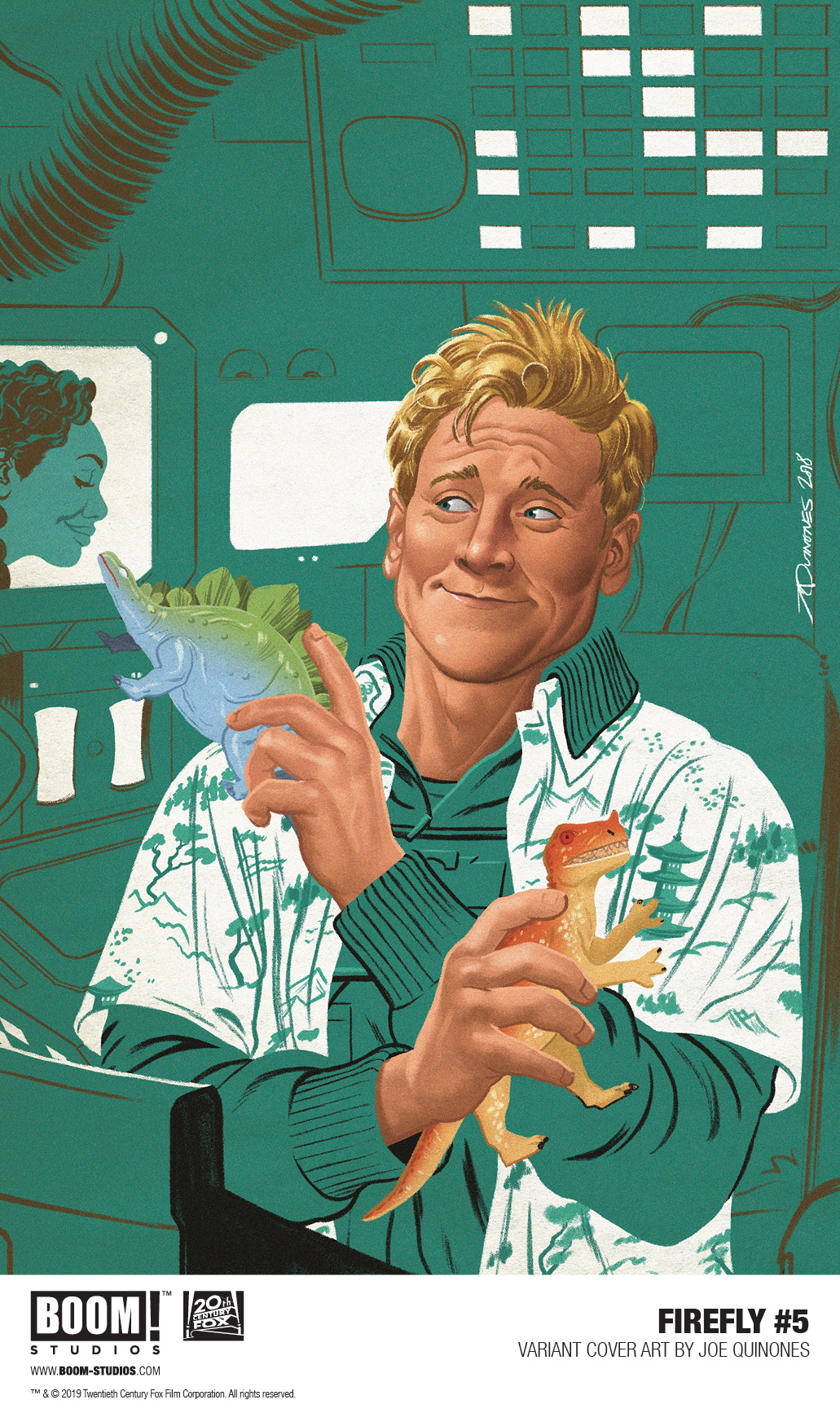 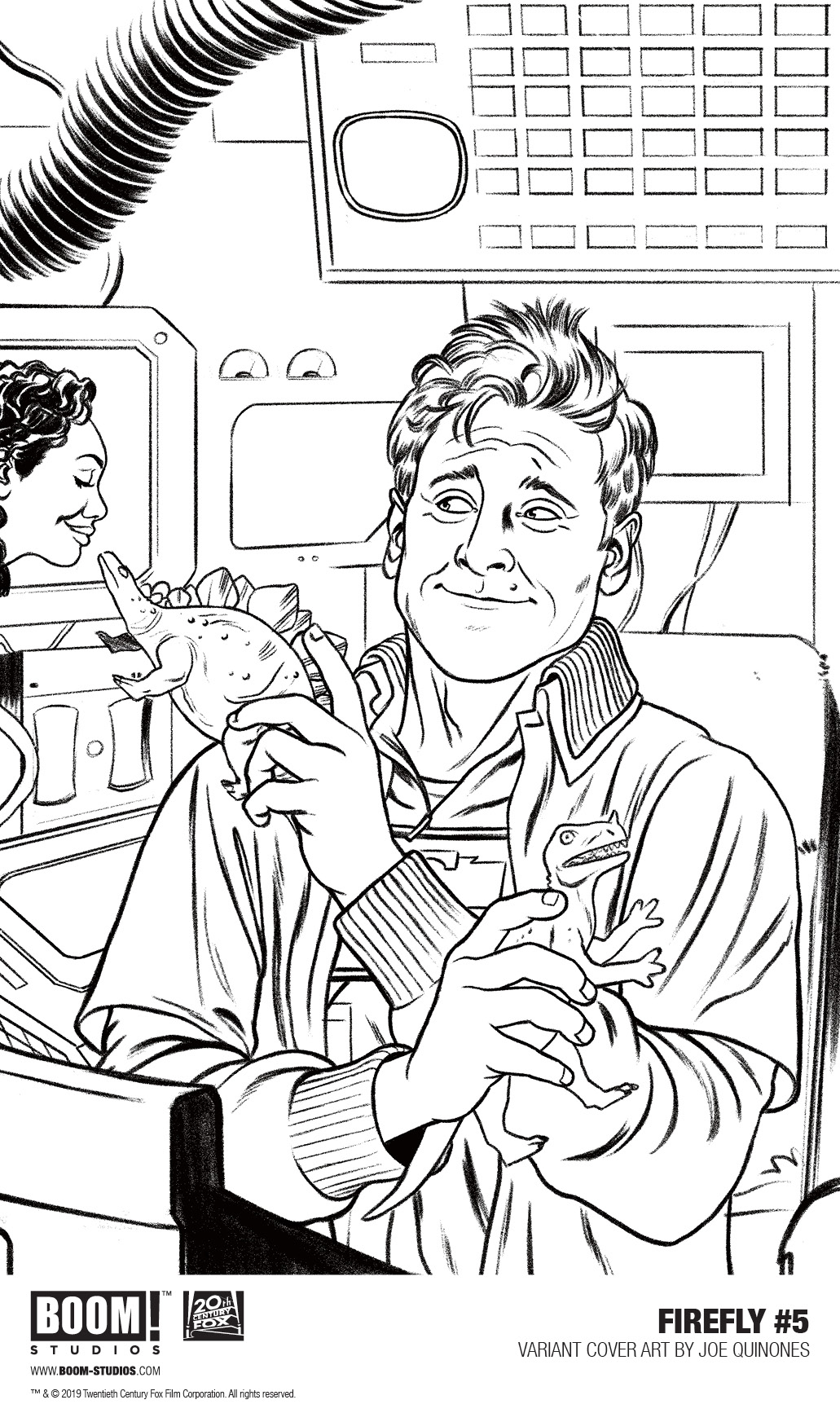 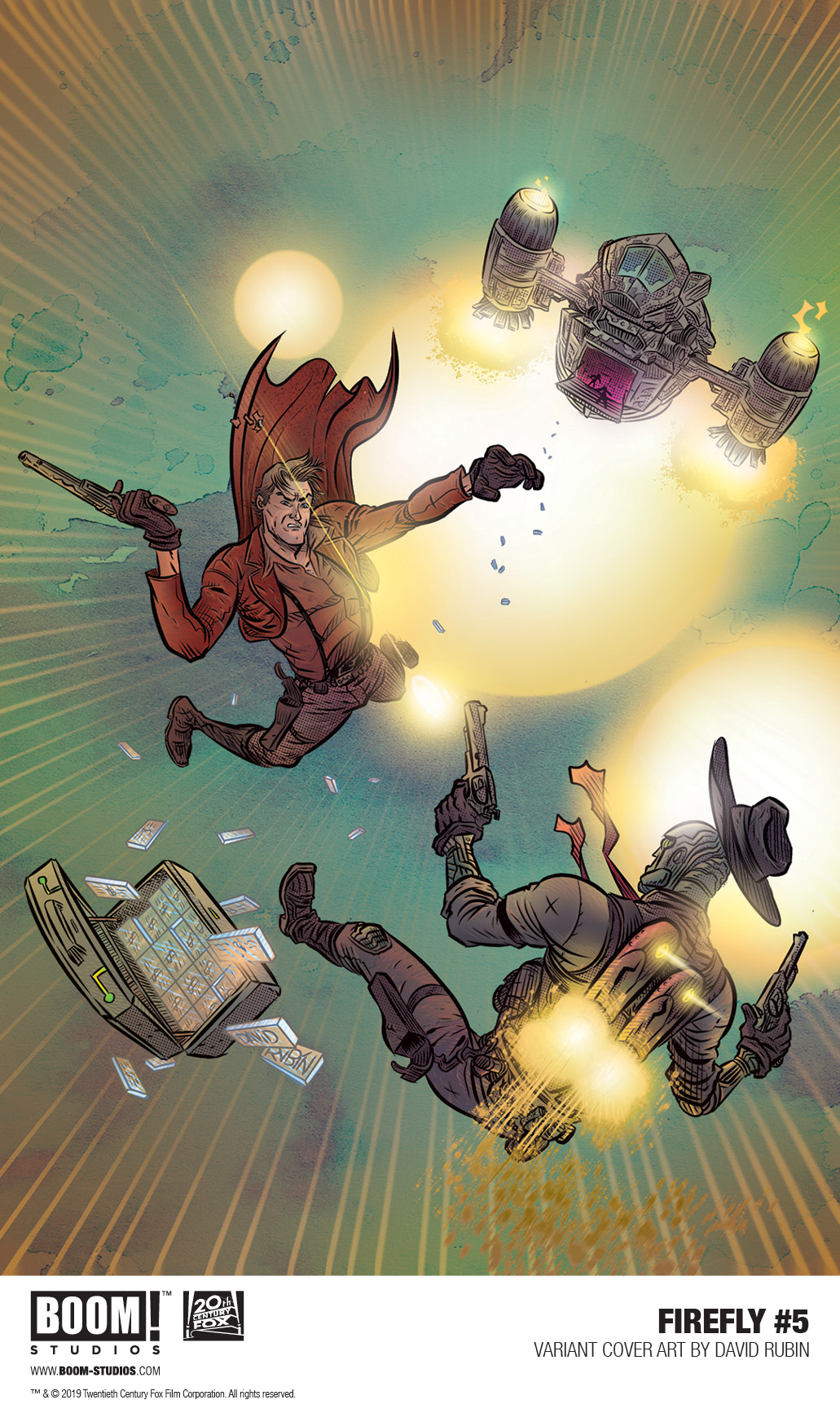 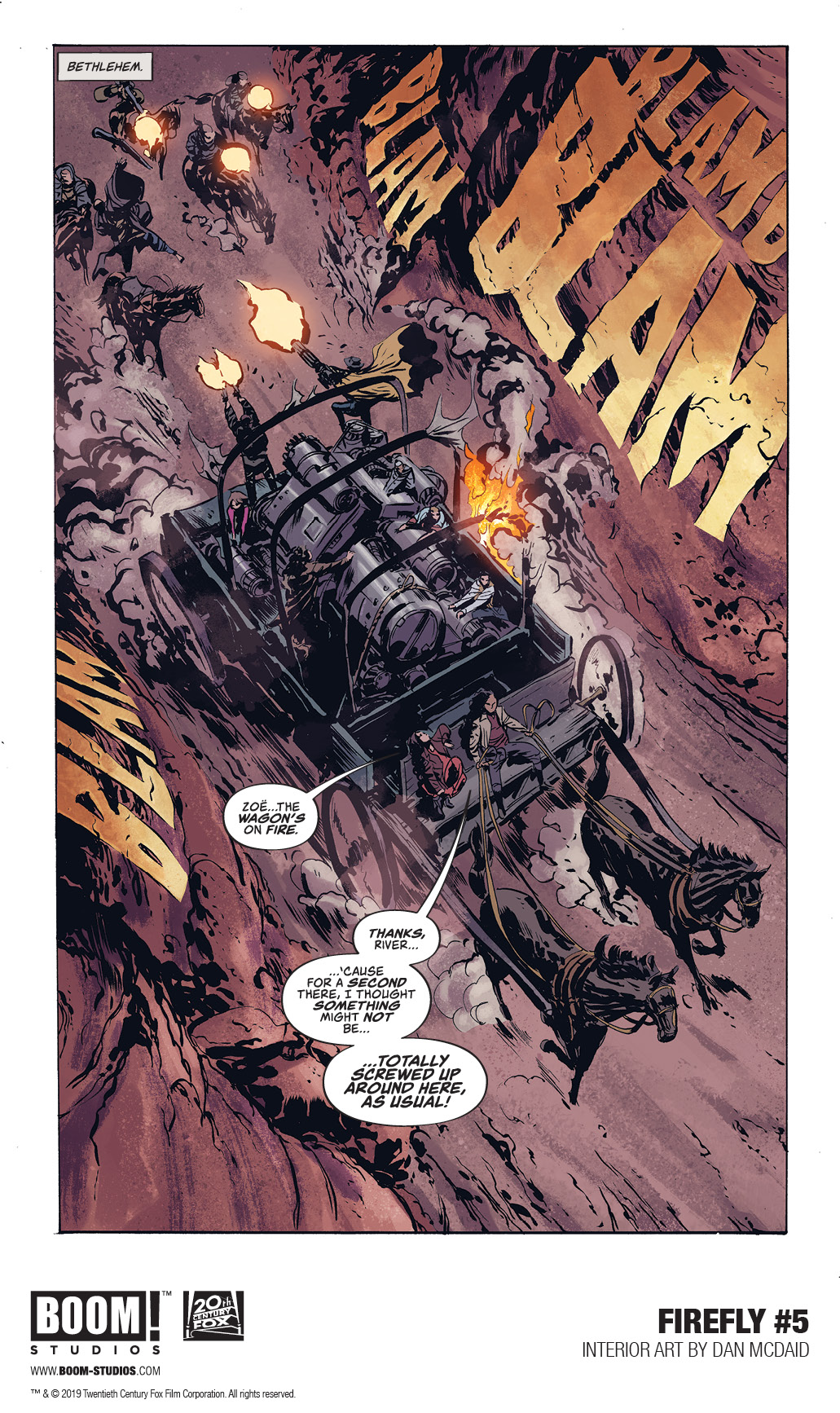 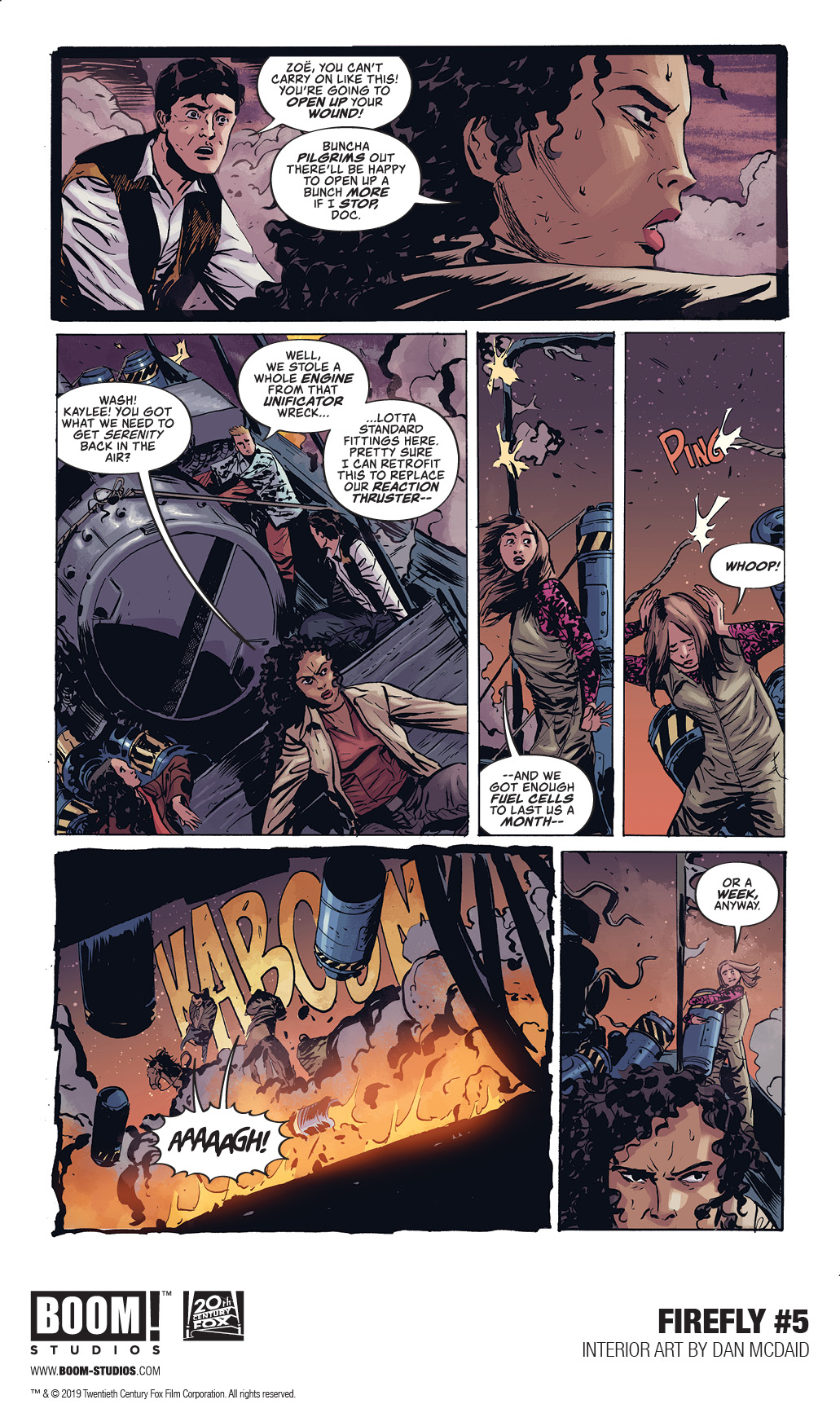 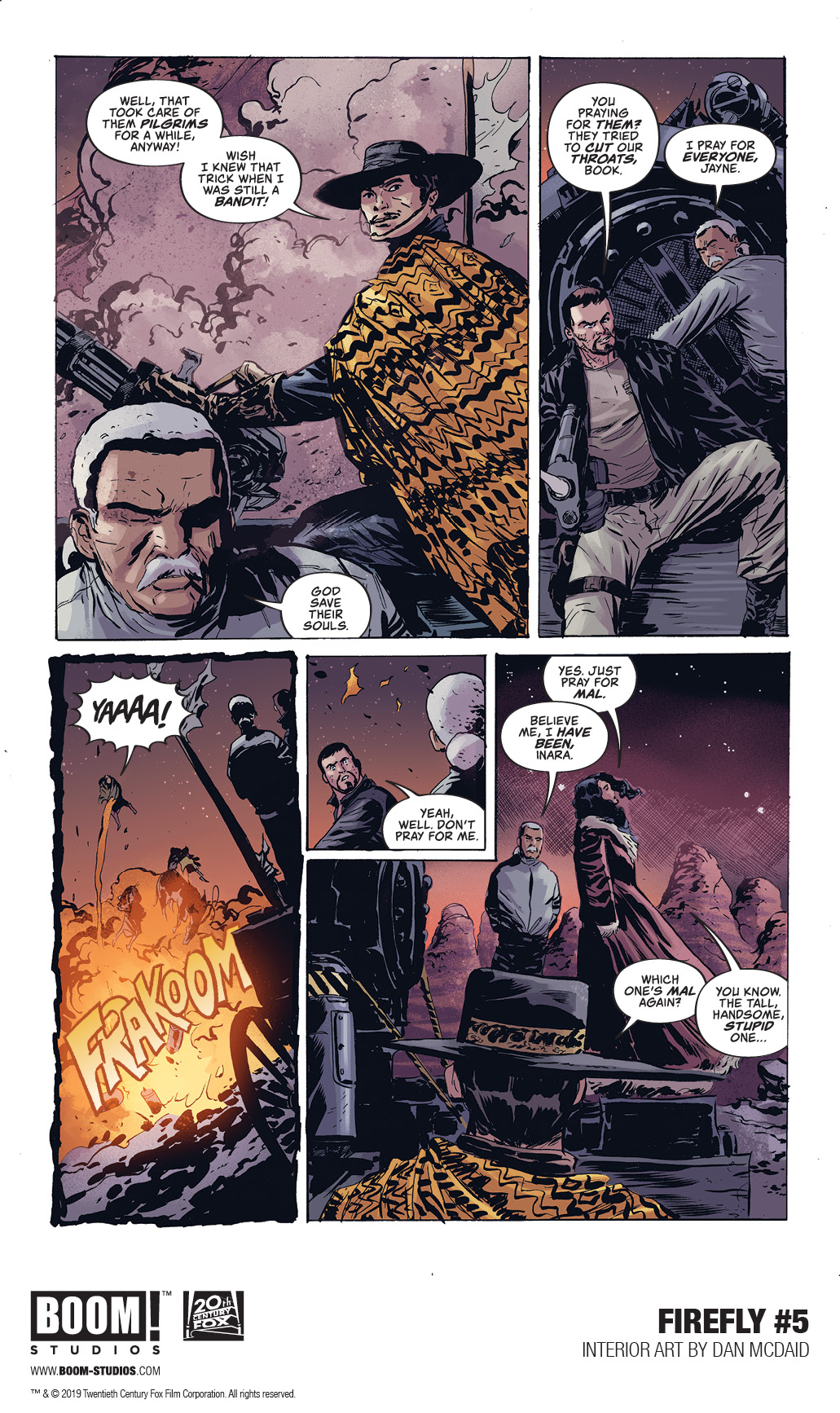 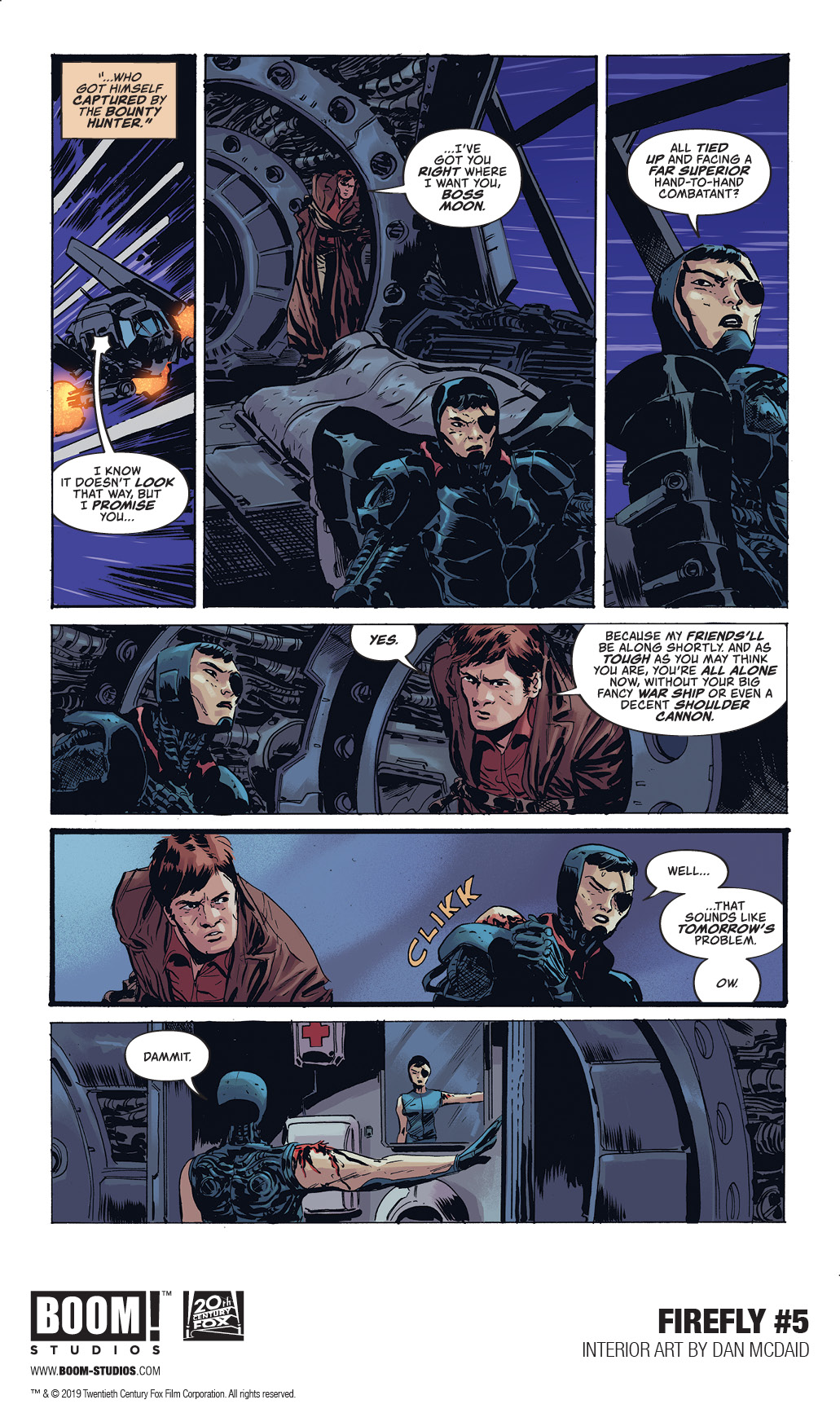 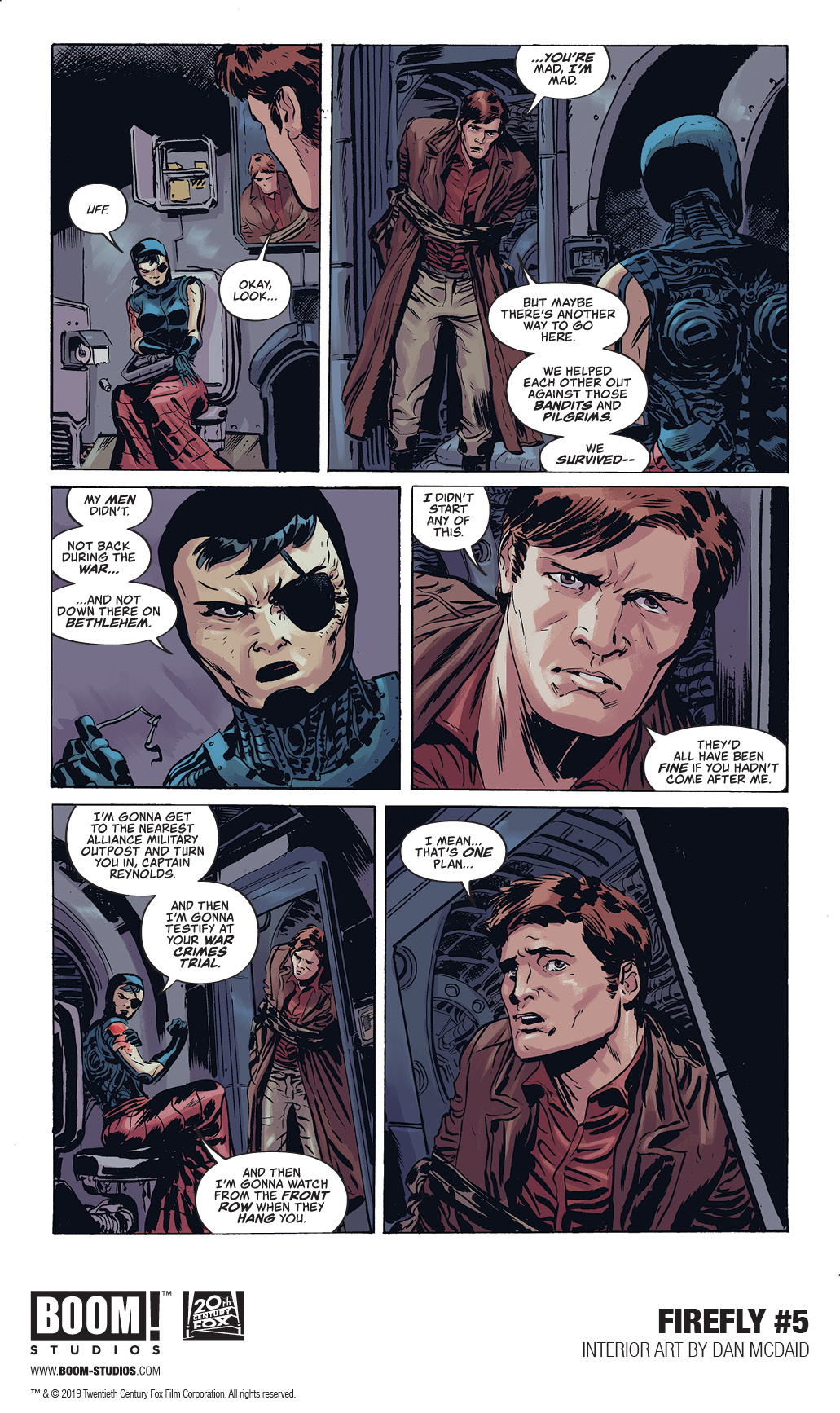