Doctor Who Ravenous 4 – A Medley of Masters! 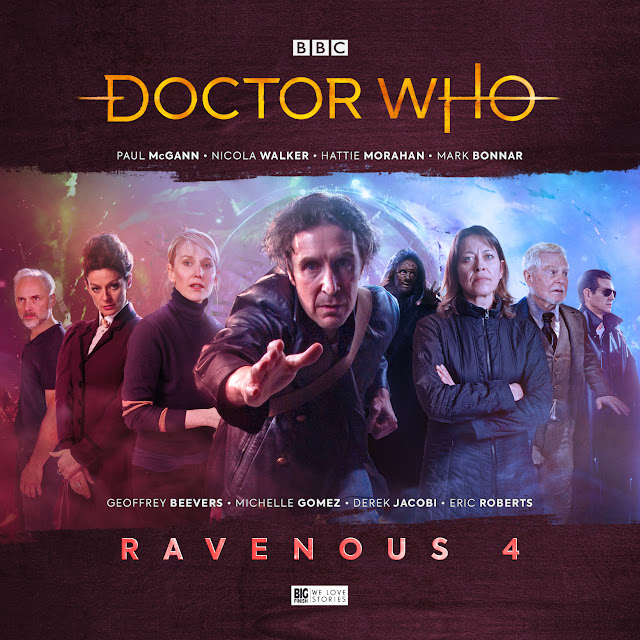 The finale of the latest series of Eighth Doctor adventures is fast approaching, and with it comes the ultimate battle! The Eighth Doctor (Paul McGann) and his companions face off against several iterations of the Master this October.

Michelle Gomez, Derek Jacobi, Geoffrey Beevers and Eric Roberts all return to the role of the Master/Missy for the finale of the collected Eighth Doctor range, Ravenous, being released in October 2019. Ravenous 4 from Big Finish Productions sees an all-star lineup in a spectacular fight for the cosmos.

Paul McGann and Eric Roberts will be facing off against each other for the first time since the Doctor Who television movie was released in 1996 – 23 years ago. Listeners have long wondered if the two would ever co-star in a Doctor Who story again… and now they only have to wait until October!

And Nicola Walker and Derek Jacobi are also being reunited for Ravenous 4 having appeared together as daughter and father in the popular BBC One costume drama, Last Tango in Halifax. 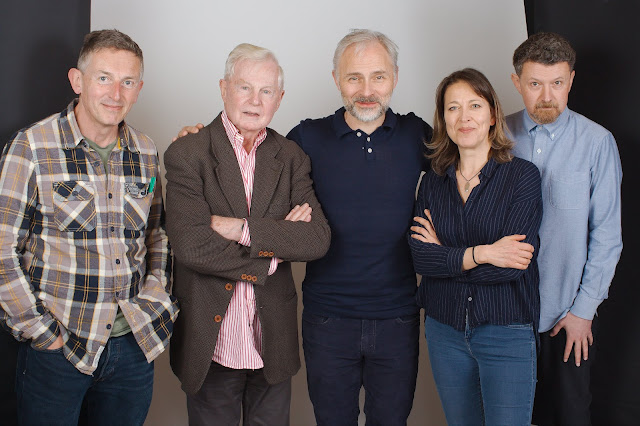 The Eighth Doctor team – Paul McGann (the Doctor), Nicola Walker (Liv Chenka) and Hattie Morahan (Helen Sinclair) – is joined by Mark Bonnar playing the deranged murderous Time Lord, the Eleven, who retains the personalities of his previous regenerations. But against more than one Master, the Doctor will need all the help he can get!

The universe hangs in the balance when good faces off against evil, and the omnipresent Ravenous are ready to consume the survivors…

Three stories will see Ravenous come to an epic conclusion.

The past, the present, and the future conspire against the Doctor as he fights to defeat the only creature ever to strike fear into the hearts of a Time Lord.

Writer of the truly Master-ful finale, John Dorney, tells us more: “Day of the Master was possibly the most exciting and yet terrifying brief I’ve ever had. Finishing off the Ravenous arc was a big enough responsibility on its own... but throw in wanting to give great material to Sir Derek Jacobi... and Michelle Gomez... and that’s before we even get to the heart-stoppingly fantastic prospect of bringing Eric Roberts’ Master back face to face with the Doctor again for the first time in over twenty years.

“Well, you can see why it might be intimidating! But honestly it was one of the best times I’ve ever had writing a Doctor Who story. I really hope the audience enjoy it as much as I did!”

Producer, David Richardson tells us more about approaching the end of this epic four-part series: “We’ve tried to do something a bit different with Ravenous. Coming out of Doom Coalition, we wanted to go a bit darker, a bit scarier – to mark the saga with a shift in tone. With all four box sets now recorded, I feel a sense of relief – it’s been such a huge logistical challenge! Ravenous 4 alone required six studio days in cities as far apart as Los Angeles, New York and London! But we did it. We told that whole, big story and we’ve brought back three Masters and Missy in a breathtaking finale.

‘It was a real thrill to bring Geoffrey Beevers into our Eighth Doctor Adventures, doing what he does best in Planet of Dust - subjugating an alien world, and then setting about a chain of events that will drive our Ravenous story forward’

“I’m really proud of it – and yet I don’t really have much time to stop and think about it because we’re already onto the next chapter for the Eighth Doctor! And life is going to be very different for him and his companions…”

Plus director Ken Bentley, “This seems to have been a box set for reunions. It’s going to be fascinating to hear what listeners think of the Eighth Doctor reuniting with Roberts’ Master. I’m sure those shockwaves will ripple through time. But it was a genuine delight to have Nicola Walker reunite with Derek Jacobi. The green room was filled with laughter that day.”