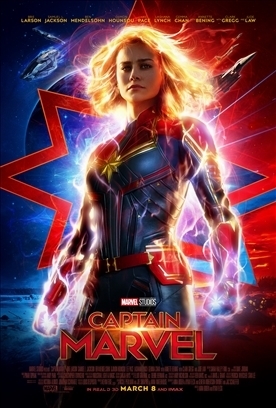 Jim Worthington Gives Us His Opinions On The Latest Marvel Movie And In Particular The Captain Marvel Character.

My boys and I just got back from seeing Captain Marvel.  It is a fantastic movie!  I am a kid of the Nineties, and enjoyed some of the images of my youth on display.  It is also an interesting tool for placing Captain Marvel herself in the larger MCU mythology.  This was done to a small degree with the backstory for Star-Lord, but not to this extent.  This was a beautiful movie, inside and out.

Captain Marvel hits all of the notes for the MCU.  For those who are deeply invested in the metastory, there are tons of additions to advance the story.  For those who like sci-fi and superhero movies, the action is fantastic and clean – easy to watch, follow and be entertained.

The brightest point of the movie is its character study of Captain Marvel herself.  At this point, you’ll need to recognize that my review is not going to be point by point or about the movie itself, but about the person of the protagonist.  When she first appears on screen, it is in the midst of a common trope – the immature warrior is being trained by an experienced superior.  She fights well, but continually receives lessons about her fighting that have nothing to do with her ability.  She is being told to harness and rein in her raw and powerful abilities. 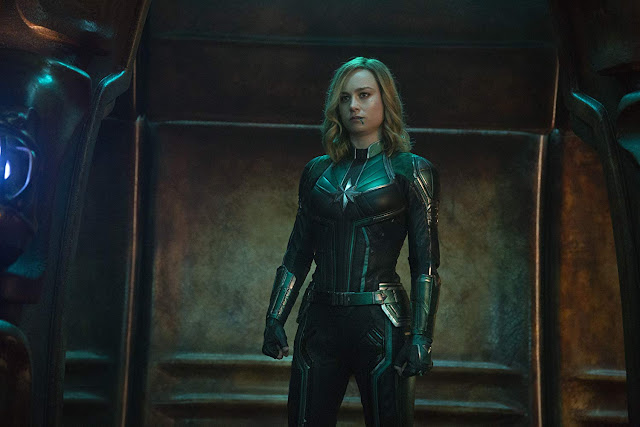 As the story progresses, Captain Marvel’s clouded past is gradually recovered.  It is fantastically told, and not something I wish to spoil.  It is enough to say that when she gets to the core of her true self, the chaos of the cruel cosmos surrounding her gives way to a righteous call of redemption and restoration.  Sure, I am leaving that cryptic for you – go see the film!

As the climactic battle commences, the 90s Grrl anthem “Just a Girl” filled the theater (It could have been louder in the mix, 90s kids knew how to rock loudly).  This is where it fully materialized what I was watching.  Captain Marvel, variously known as Vers and Carol at other points in the film, was discovering her true self.  Her true self is simple, yet powerful.  Her foe in the final fight was trying to rattle her confidence by calling to remembrance her past failures and immaturities.  Perhaps it works for a moment.

And then she unshackles herself from those who tried to restrain her.  This simple woman, who fell down so many times in her life – childhood, teenage years, adulthood – remembered that she got back up after each fall.  As many times as she failed and had it blamed on her weakness, femininity or personal failings, she recovered and triumphed in just as many empowering ways.  And it is just as true in this penultimate battle.

She was at one point just a girl.  But she had been reminded by her long-time friend that she is one of the strongest people she had ever known.  Her strength was not found in her super powers, or bestowed from some other being.  Her strength was from within.  All the other powers which she had gathered only found expression because Captain Marvel herself was principled, strong, honest to herself, and good.

This is a lesson applicable to everyone.  In this movie, a little girl is witness to the lessons that Captain Marvel received, and I would bet that it pays off in that child’s life.  A person’s goodness and strength is not delivered from outside, but is found within.  The strength to save the galaxy is not found in ships, equipment or powers.  The strength is found in the beauty inherent in the perfect soul acting in righteousness.  Captain Marvel learned that she in herself is good enough to defeat evil and right many wrongs.  Just a girl?  Just an attainable and admirable hero.

Jim Worthington
Jim likes epic storytelling, amateur archaeology and everything Star Wars. He is currently working on his first two novels while working as a first responder and an EMT. His writing can be found at cragthecrow.blogspot.com.