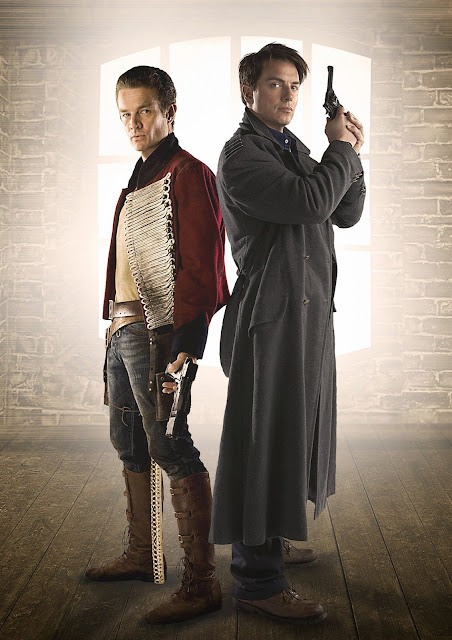 It’s Time Agent versus Time Agent! James Marsters (Buffy, Angel, Smallville, Runaways) will be reunited with his co-star John Barrowman (Arrow, Torchwood, Doctor Who), in the audio drama box set, The Sins of Captain John coming out in January 2020. This might just be one of the most explosive reunions in science fiction history!

The rambunctious, deadly and ever-so charming Captain John Hart is back at the helm in a new four-story box set, created by Big Finish Productions in association with BBC Studios. And with his old opponent/paramour Captain Jack Harkness also along for the ride, it makes for unmissable listening. 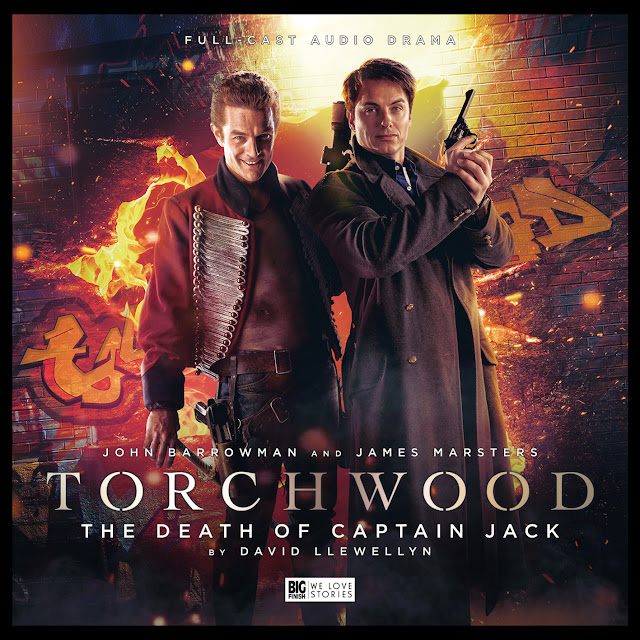 Captain John made his character debut back in 2008 in the television episodes Kiss Kiss Bang Bang and Exit Wounds, both written by current Doctor Who showrunner Chris Chibnall. And Big Finish is delighted to be continuing his gallivanting adventures over ten years later.

James Marsters told us about returning to the role and the world of Torchwood: “Recording The Death of Captain Jack audio for Big Finish was incredible! I had missed being a part of Torchwood so much. Beyond being proud of my involvement in the programme, Captain John was such a blast to play and I was very keen to revisit the character once again.”

Everyone's favourite blackguard is back and he's in a lot of trouble. He's trapped in the ruins of an exploding space station. He's unleashed a force from beyond that will consume the universe. And he's running low on snacks.

Luckily, he has four hours to tell you how he got in this mess. There are zombies, mad scientists, hot tubs, and the talkative head of Oliver Cromwell just won't shut up. Plus Captain Jack Harkness is on his trail. 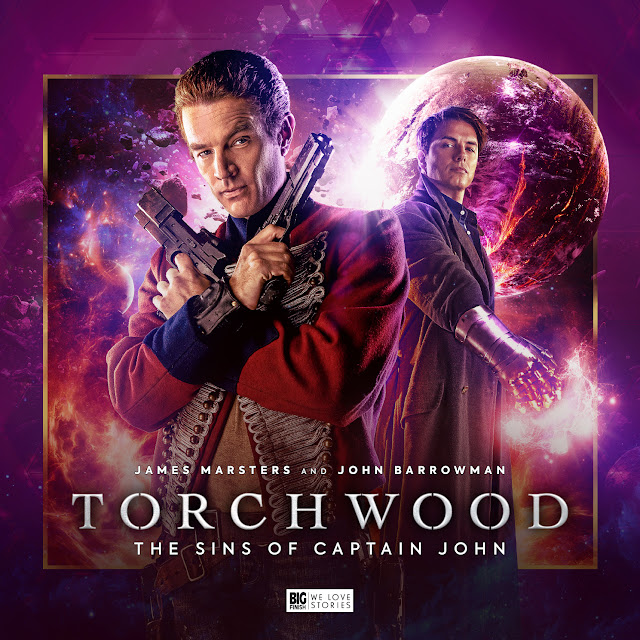 The villainous anti-hero will be thriving in Restoration London, exploring gas planets, playing ‘Stepford wife' with Captain Jack and kissing (then killing) countless victims… just a day in the life of a rogue Time Agent!

“Captain John is this chaotic, disruptive, insubordinate force of nature,” says writer, David Llewellyn, “completely amoral and unpredictable, so that gave me a lot of freedom! Writing is often a case of knowing when to hold back, when to tread a more subtle line, but with Captain John it’s the complete opposite. The stories are also set before the time when Captain Jack meets the Doctor and joins Torchwood so these characters really could go anywhere and do anything.”

As teased in the original announcement of The Sins of Captain John, Torchwood fans will also find answers to many of the questions they’ve been asking. The Resurrection Gauntlet or ‘risen mitten’, which featured in the first two series of the show, will return, but in the hands of Captain John they can only spell disaster…

The Sins of Captain John, out for release in January 2020, is available for pre-order from Big Finish at £28 on CD or £25 on download, rising to £35 on CD and £30 on download at general release.