THE AVENGERS Join The Battle in WAR OF THE REALMS! 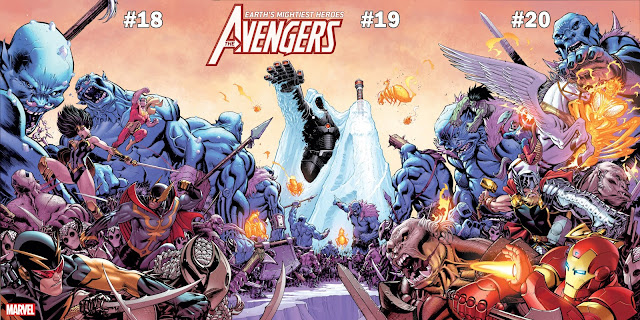 Avengers Mountain reigns as the last stronghold for Earth’s Mightiest Heroes – but can it stand the wrath of Malekith’s powerful forces, as they seek to destroy our realm once and for all?

“There are battles raging all around the planet,” Aaron told CBR in an interview. “So you can expect to see a lot of the different forces and factions we've been setting up in Avengers, from Namor and his Defenders of the Deep, to the Winter Guard, and the Squadron Supreme. So all the antagonists and extended cast that we've set up across the planet are involved in the War of the Realms. We're trying to touch base on all the things going on during the event with the Avengers and their many foes.”