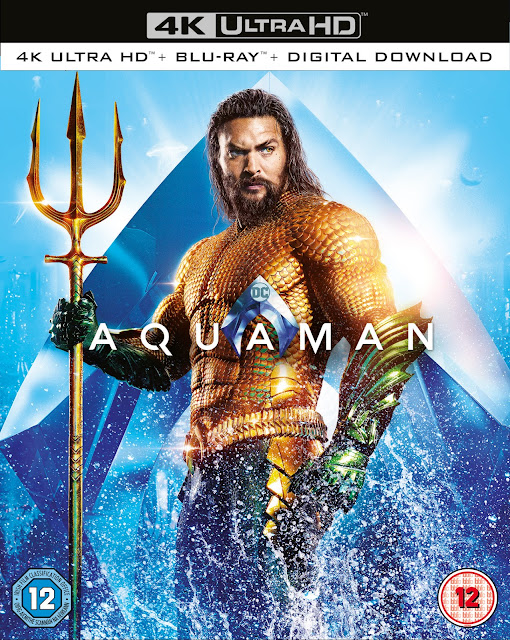 Wan directs from a screenplay by David Leslie Johnson-McGoldrick (“The Conjuring 2”) and Will Beall (“Gangster Squad,” TV’s “Training Day”). The story is by Geoff Johns, Wan and Will Beall, based on characters from DC’s Aquaman created by Paul Norris and Mort Weisinger. “Aquaman” is produced by Peter Safran and Rob Cowan, with Deborah Snyder, Zack Snyder, Jon Berg, Geoff Johns and Walter Hamada serving as executive producers.

The 4K Ultra HD, 3D Blu-ray and Blu-ray of “Aquaman” will include a three minute sneak preview of “Shazam!,” the upcoming live action feature film starring Zachary Levi as the DC Super Hero. The film will be released in cinemas on April 5, 2019.

Fans can also own “Aquaman” via purchase from digital retailers beginning April 6.

On April 6, “Aquaman” will be available to own in high definition and standard definition from select digital retailers.