Dark Sense To Premiere At The Boston Sci-Fi Film Festival

DARK SENSE, a new intense Scottish thriller film is receiving its world premiere at the Boston Sci-Fi Film Festival in the US on 8th of February 2019 The film was crowdfunded in Edinburgh by Scottish director Magnus Wake and tells the story of Simon, a young man who has premonitions of a serial killer’s dark deeds. 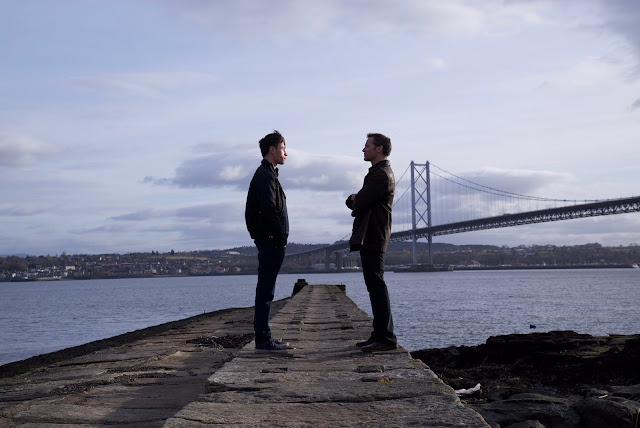 Director Magnus Wake said: “It’s amazing to get this indie film into this festival. Boston Sci-Fi is the longest running genre film festival in the US and for Dark Sense to be recognised is really exciting!   Boston is seen as a trailblazer for up and coming films and emerging talent."
The project is based on the bestselling novel 'First and Only' by borders based author Peter A. Flannery.  The film raised over £53k in 2016 by crowd funding, beating the previous record set for a Scottish film.

Magnus added: "The whole film wouldn’t have been possible without the huge help and support from the people of Edinburgh. Our backers got to take part in the creation of the film, and some are even in the credits with their selfies and also in the background of scenes as extras. We’ve had a lot to overcome, an industry not used to doing things differently, a Scottish referendum, an EU referendum, both of which has created a level of uncertainty which has been challenging. We also were filming in Edinburgh at the same time as the Avengers Infinity War, which added to the fun!”
The film tells the story of Simon, a psychic, who has foreseen his own death at the hands of a serial killer and must enlist the help of an ex-special forces soldier to track down the psychopath and evade the government agents out to exploit his special powers.

Producer Simone Bett said: “Our team set out to do justice to Peter’s tense, book; we feel we have succeeded and are now eager for it to be seen around the world and of course in our own home country.”


Dark Sense is scheduled for release in Scotland in autumn 2019.