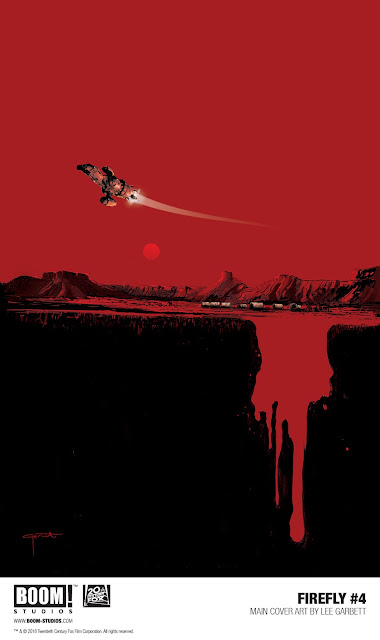 The crew’s split up and dealing with Unificators out for justice, gangs out for revenge, and a cult of pilgrims looking for a blood sacrifice. But that’s too many enemies and not enough crew so Mal and Zoe are forced to team up with Boss Moon, the relentless Unificator who’s chased them down to the far outer reaches of the ‘verse and who offers them a devil’s deal: turn themselves in to be tried as war criminals and her people will spare theirs.

FIREFLY #4 is available February 27, 2019 exclusively in comic shops (use comicshoplocator.com to find the nearest one) or at the BOOM! Studios webstore. Digital copies can be purchased from content providers like comiXology, iBooks, Google Play, and the BOOM! Studios app. 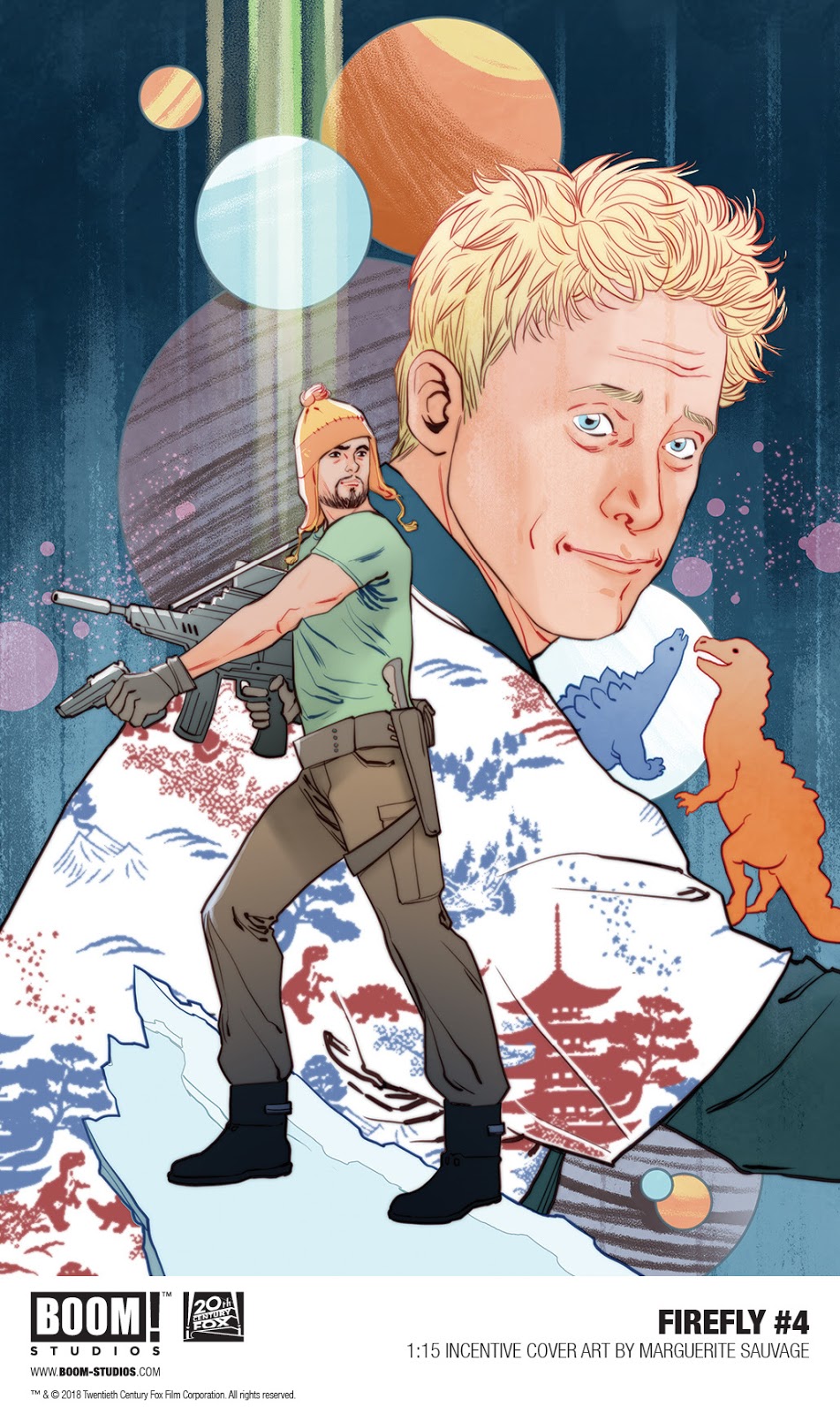 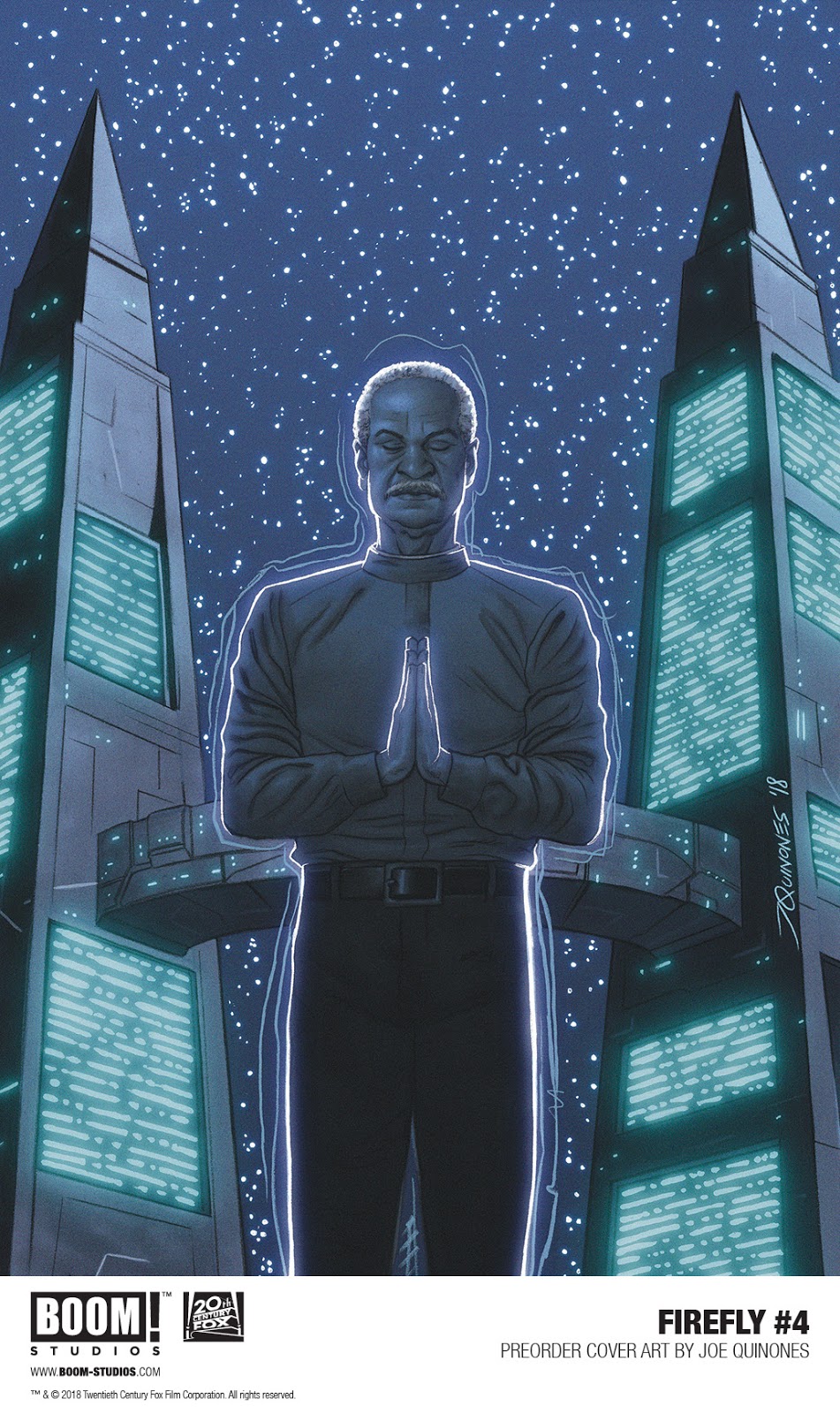 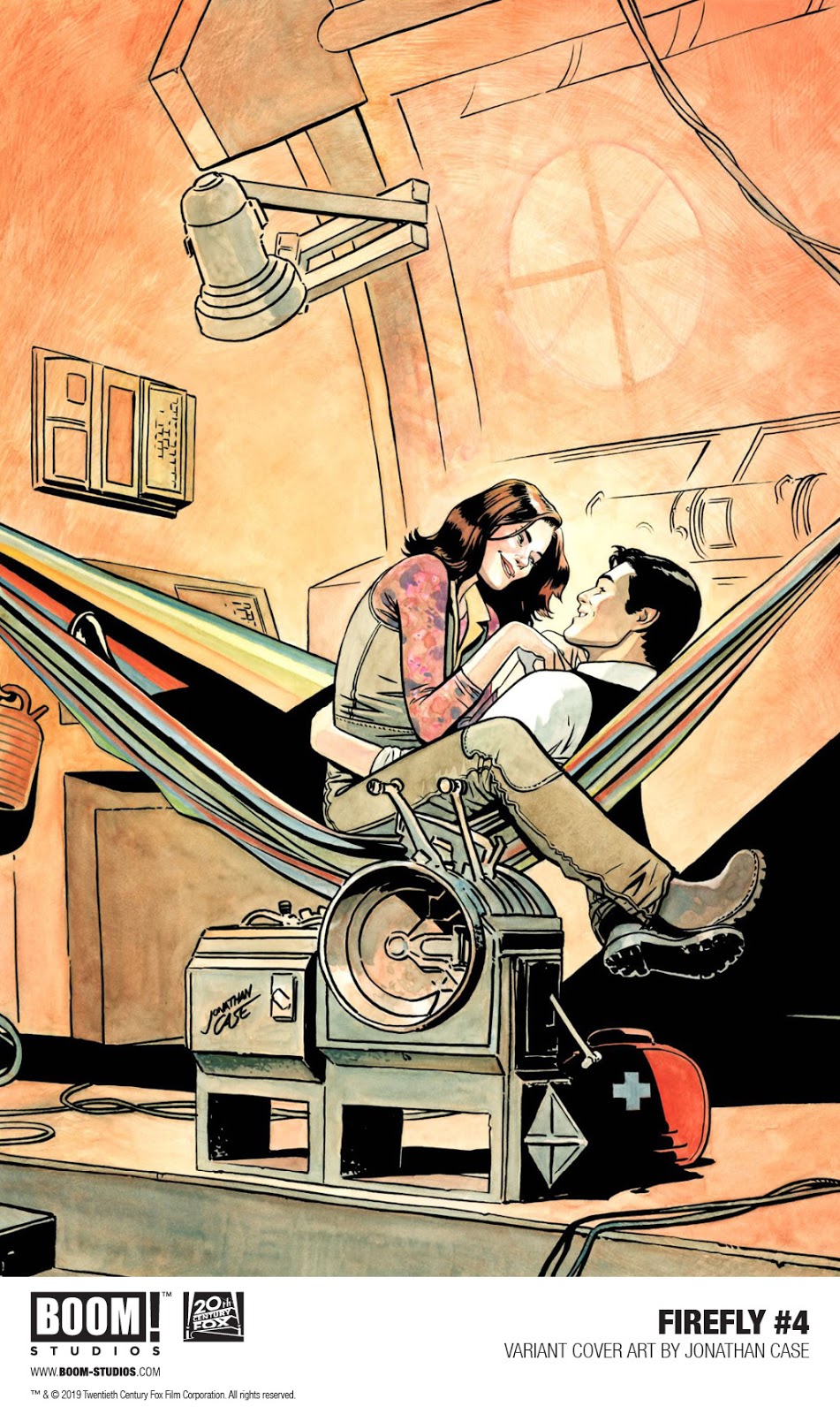 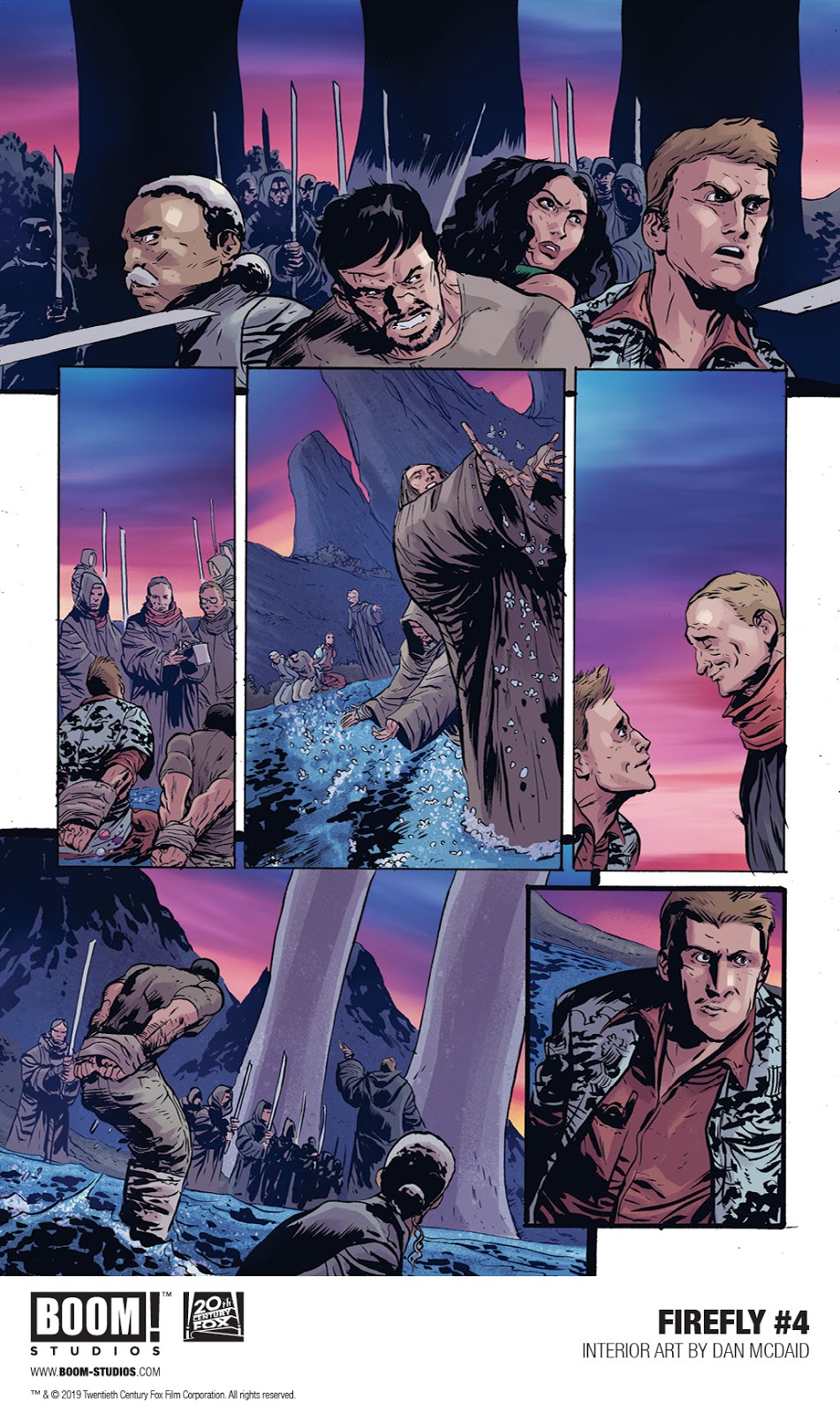 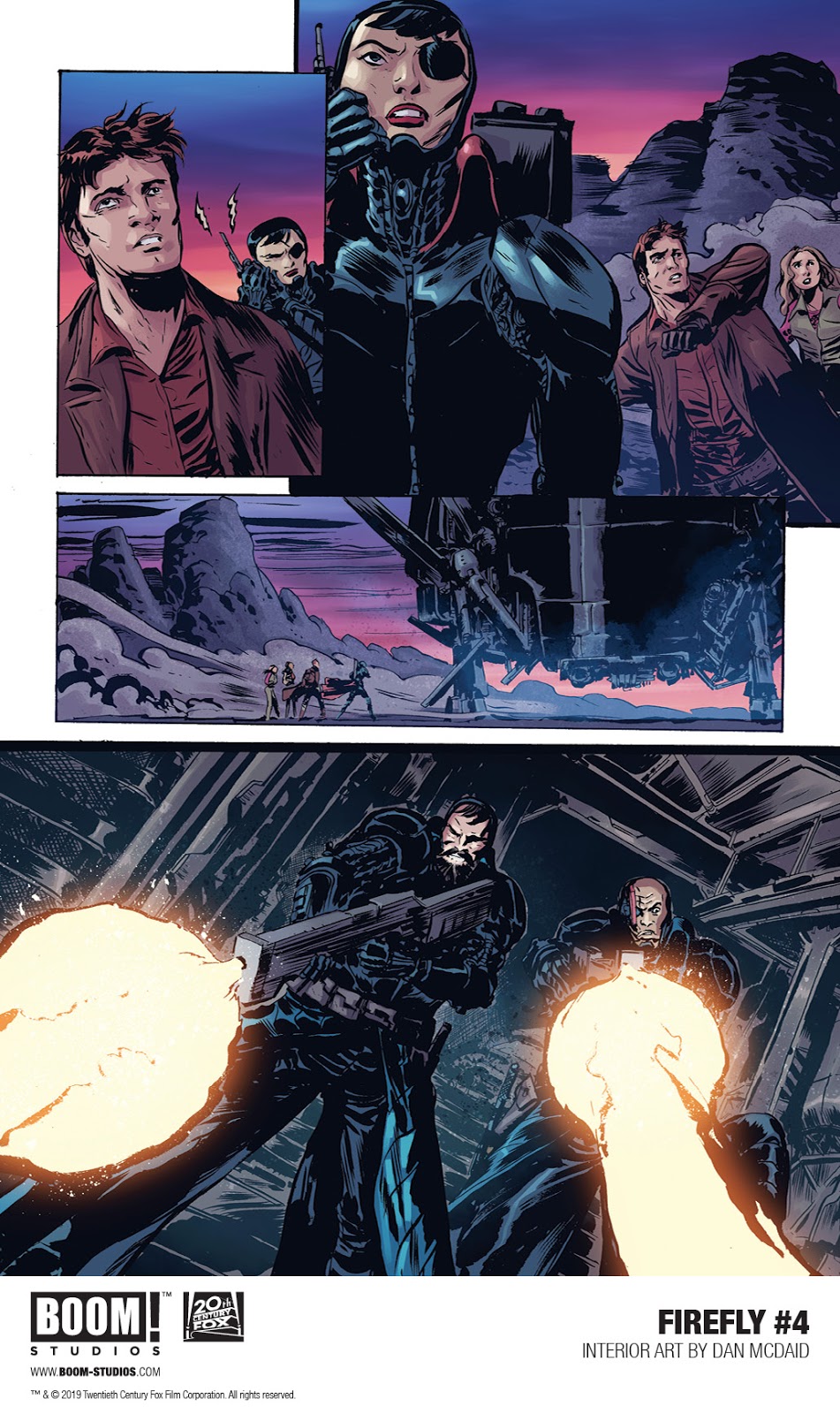