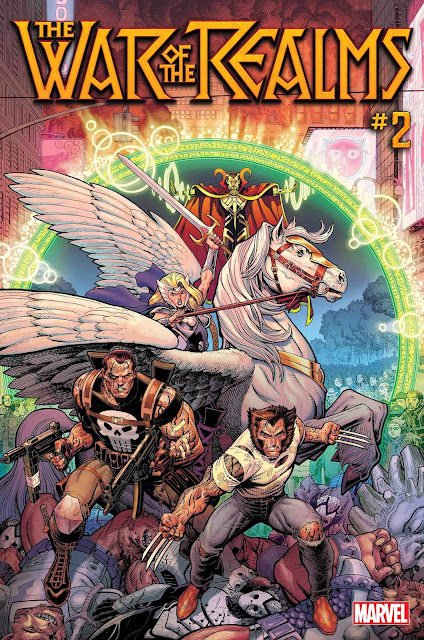 The War of the Realms has come! All ten realms have fallen to Malekith and his army…except one!

Midgard still stands, but Earth is missing a pivotal Avenger – and trapped in the land of the Frost Giants, Thor’s absence may cost New York City everything! Meanwhile, all the heroes of the Marvel Universe have assembled to take on the fight…and it still might not be enough to stop Malekith’s endless war.

“In April’s WAR OF THE REALMS #1, Malekith’s invasion starts in Manhattan, but he doesn’t just want to conquer part of Earth -- he wants the whole realm!” teases editor Wil Moss. “The heroes will have a hard enough time just defending New York from Malekith’s forces -- but when they realize the full scope of his attack in April’s WAR OF THE REALMS #2, they’ll have to make some daring and surprising moves in order to stop Malekith and his army of Frost Giants, Fire Goblins, Trolls and more from taking over the entire planet! And as with any war, this world at war will have some casualties…”

This April, all hell will break loose as the award-winning creative team of Jason Aaron, Russell Dauterman, and Matthew Wilson ushers in an event of unparalleled scale! Plus, don’t miss a special midnight release of WAR OF THE REALMS #1 for retailers – be sure to check future Marvel mailers for details!